Five Incredible Artists That Will Leave Your Mind Blown!

Squarely set at the intersection between pop-culture, fine art, and absolutely bonkers creativity.

We saw some crazy at-home art projects pouring into the Ripley’s inboxes this year, as people have found themselves with a lot of cooped up creative energy to burn. If you’re looking to get inspired or to just step back in awe, we’ve got five of the strangest, most exciting, and unbelievable artists to show you from our newest annual, Ripley’s Believe It or Not! Mind Blown!

In the true “spooky season” fashion, first up is Rick “Ormortis” Schreck. Rick made it into the annual for unleashing “Ouijazilla!” Constructed from 99 individual sheets of plywood, this mammoth Ouija measures 3,168 square feet and weighs around 9,000 pounds!

Rick is the vice president of the Talking Board Historical Society and a New Jersey-based tattoo artist. He labored from June 2018 to October 2019 through wind, snow, rain, and extreme heat as the sole handyman on this monstrous project. Working with completely donated materials, Rick has poured his blood, sweat, and tears into this gargantuan board. 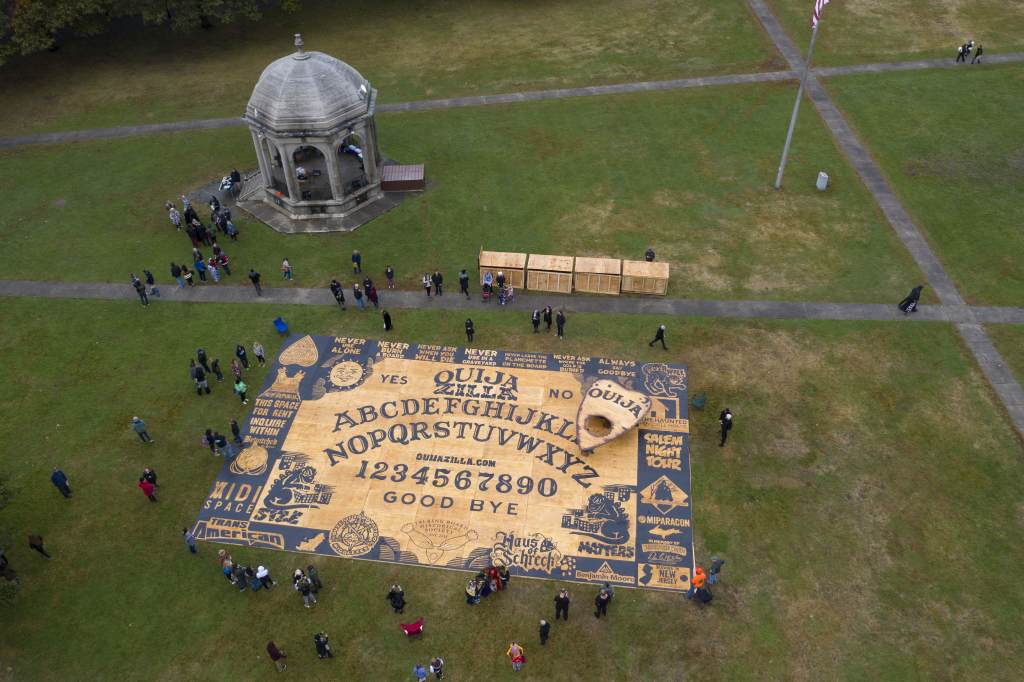 Rick’s penchant for the macabre doesn’t stop there. He goes out of his way each year to make something spooky and exciting for trick-or-treaters. This year, he completed a candy slide that stretched from his balcony to his street, spitting candy from the jaws of a skull.

If Ouijazilla’s a little too foreboding for you in 2020, how about a painting parrot? This artist may not be human but can still paint with the best of them. 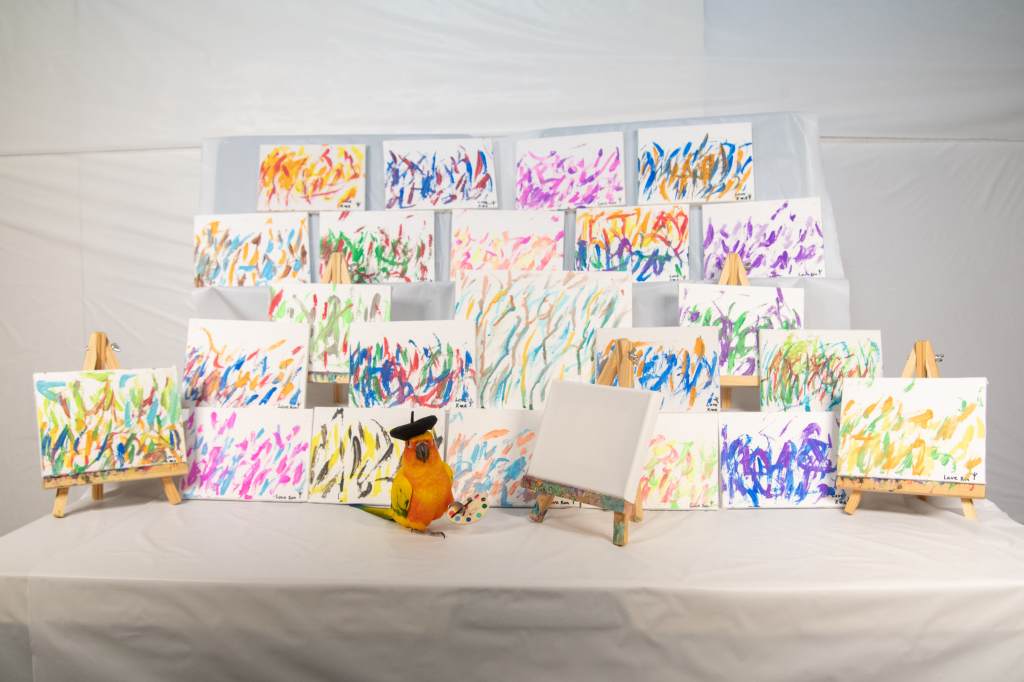 Gina Keller of Ontario, Canada, reached out to Ripley’s to share her painting parrot! Keller adopted three-year-old Koa, a male sun conure, and has since taught him dozens of tricks, including painting on a small canvas that sits on a tiny art easel using miniature, 2-inch paintbrushes, which he holds in his beak. Some of the proceeds from the sale of Koa’s paintings go to charity. Koa entertains and amazes fans all over the world on Instagram.

Speaking of animals and art, Anaïs Hayden of Atlanta, Georgia, takes dog grooming to a whole new—and colorful—level! With a brush in one hand and grooming shears in the other, Anaïs can transform your average pooch into a Lisa Frank–inspired masterpiece or even a different species! 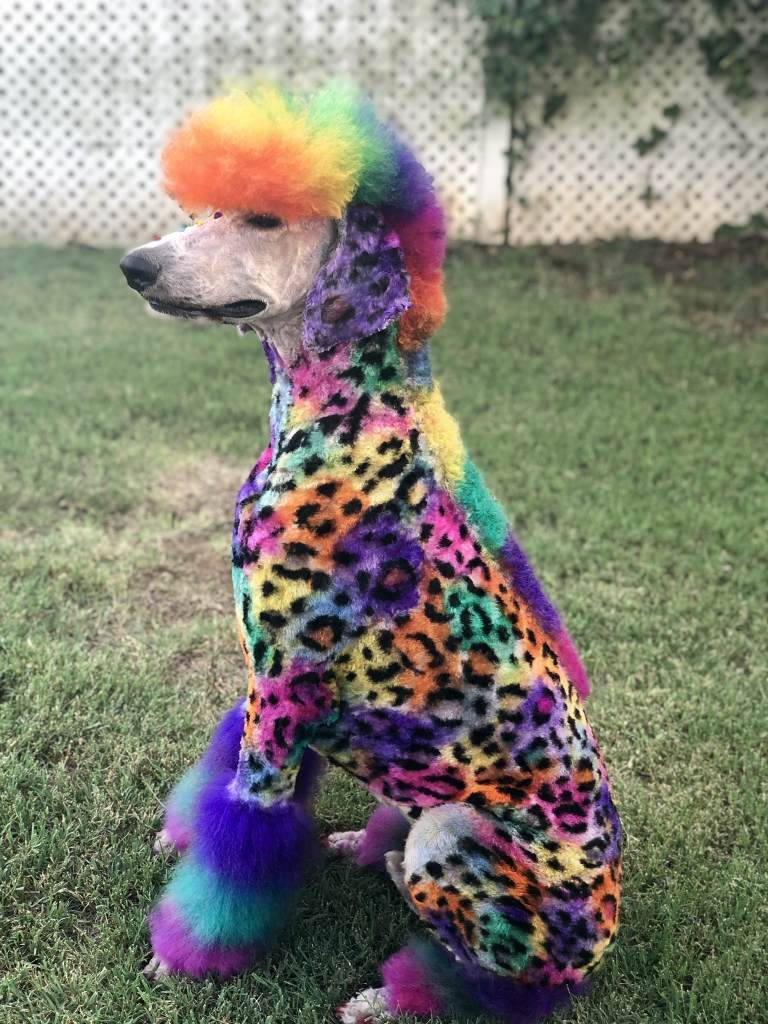 Some of her impressive makeovers, which take anywhere from three to six hours, including trimming and dyeing a dog’s fur to make them look like zebras, giraffes, tigers, panda bears, and even betta fish! Anaïs got into the creative dog grooming business because she wanted to combine art and working with animals. She makes sure that all the products she uses are safe, non-toxic, plant-based, and approved by the National Dog Groomers Association. Anaïs has even partnered with her local humane society to give some pooches needing a groom a little something extra to help them get adopted.

Did you know that during the reign of Elizabeth I, men’s beards were taxed? Thankfully for these two artists, the law is no longer in effect.

Childhood best friends Brian and Jonathan have always celebrated creativity. But the artistic impulse coalesced for both men after they started growing facial hair in 2014. That’s when a friend convinced them to put a few flowers in their beards and pose for photos. 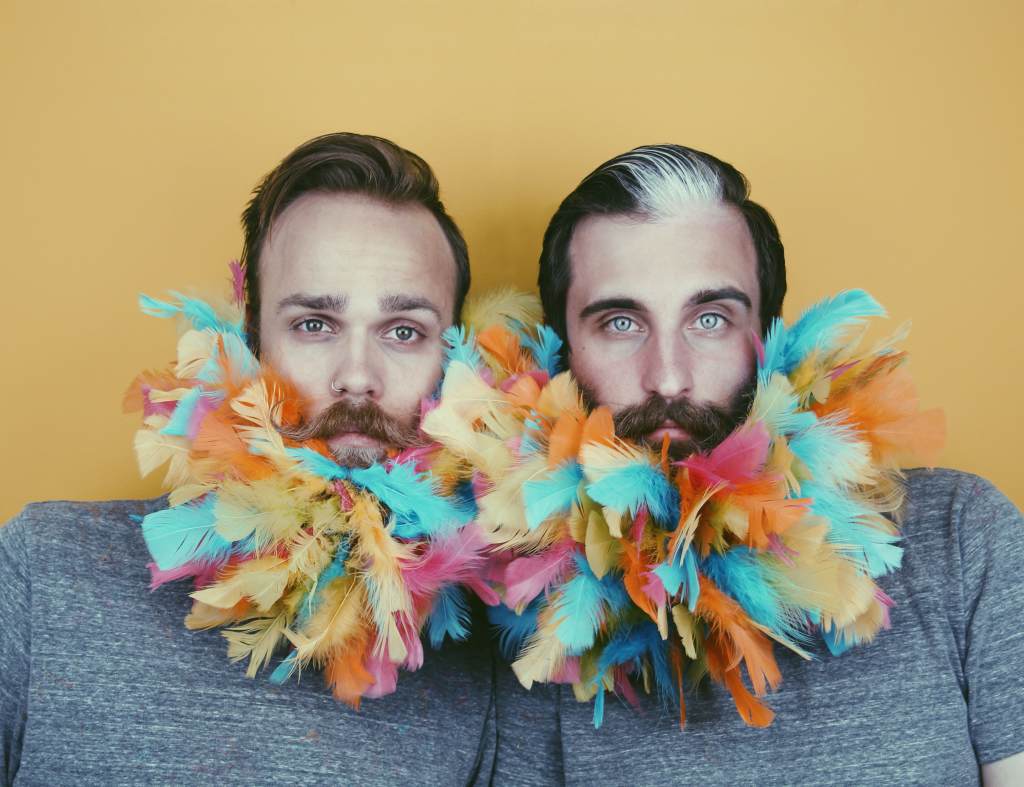 After seeing their popularity with friends and family, the duo was on a mission to spread love and laughter. The Gay Beards were born! Today, they fearlessly push social constructs and decorate their facial hair with anything from flowers to food, glitter, and even cupcake sprinkles.

Squarely set at the intersection between pop-culture, fine art, and absolutely bonkers creativity, Dino Tomic is an artist we’ve featured in Ripley’s books before for his use of gunpowder to create fiery portraits. Despite their explosive climax, these pieces require extreme precision and patience, as the grains of gunpowder can be disturbed by just walking by the art, or even breathing too hard.

This time, though, Dino created a Spider-Man portrait of Tom Holland using countless tiny drawings of spiders. Tomic used concepts found in pointillism to achieve the desired effect. When viewed at a distance, the portrait looks stunningly lifelike, but step closer, and you’ll see it relies on thousands of tiny spiders to create shadows and contrast. The intricate portrait only took a few days to complete, but it required plenty of patience and a passion for eight-legged creepy crawlies.

This year’s annual, Ripley’s Believe It or Not! Mind Blown! is packed with so many incredible artists, just like these five! Snag your copy just in time for the holiday season.

Previous post Kayakers Survive A Whale Of A Tale