Ripley scoured the globe for the unbelievable. 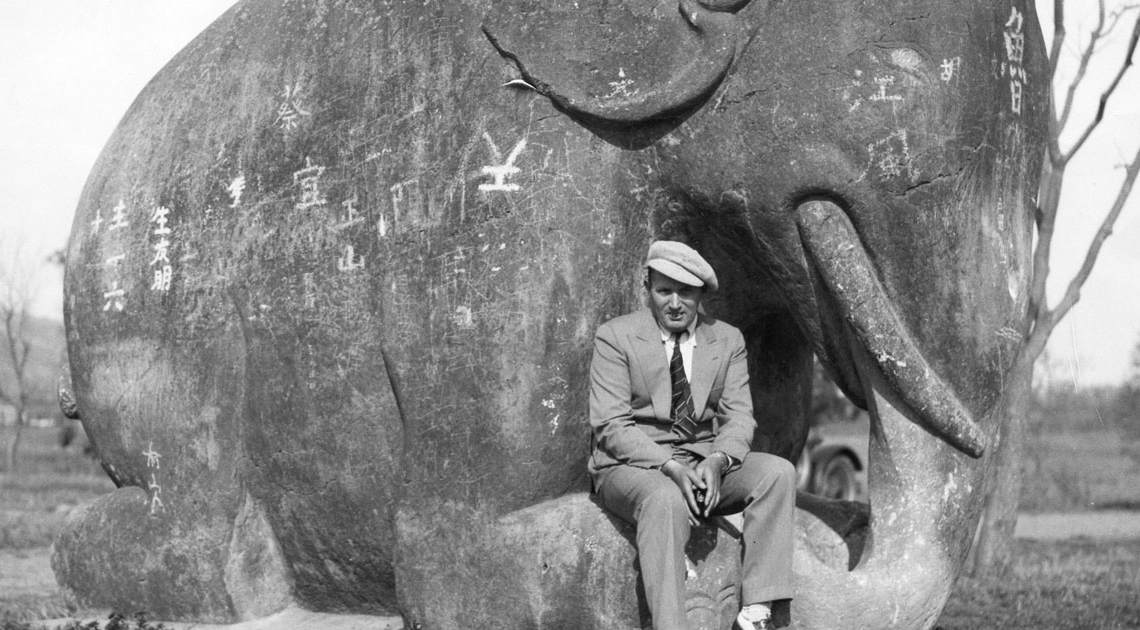 Though Robert Ripley sought as many Believe It or Not! stories as he could by researching in the library and fan submissions, he also spent a great deal of his career scouring the world for amazing things to share with people back home.

Ripley adored travel, exploring over 200 countries in his lifetime. Visiting every continent but Antarctica, he became known as the Modern-Day Marco Polo for his unwavering commitment to seeking out the odd.

His most prolific trips took place from 1932 to 1934, when he took back-to-back tours of Southeast Asia, Africa, and the Middle East. During these expeditions, Ripley kept journals detailing his daily adventures and sent cartoons of his discoveries to his publisher.

With experience visiting almost any country he could want in the world, Robert Ripley had a definite favorite. He absolutely adored China. From the Chinatown of his childhood in Santa Rosa, California, to the genuine thing in his travels, Ripley went on to model his New York apartment after Chinese temples. 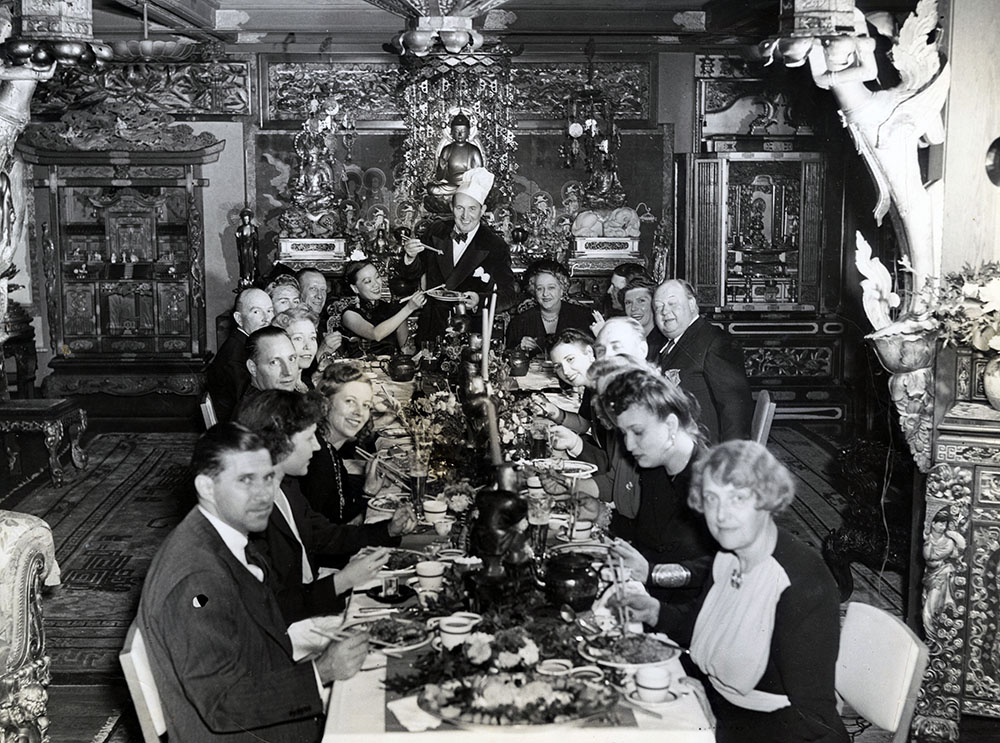 “The light green water approaching Hong Kong was dotted with the bat-winged boats of the fishermen—the most characteristic landmark of China.”—Robert Ripley

Robert Ripley eventually became so infatuated with Chinese junks that he bought one to sail up and down the Hudson.

Never one to suffer the established path or tourist-filled cities, Ripley liked to find the more authentic parts of the countries he visited. He would walk, take rickshaws, and suffer for hour sin bouncing taxis to go somewhere unbelievable.

Much of what Ripley saw on his way to Canton stood in a war-torn landscape, devoid of all life. Stone statues stood in barren, rocky plains interrupted only by centuries-old grave mounds. 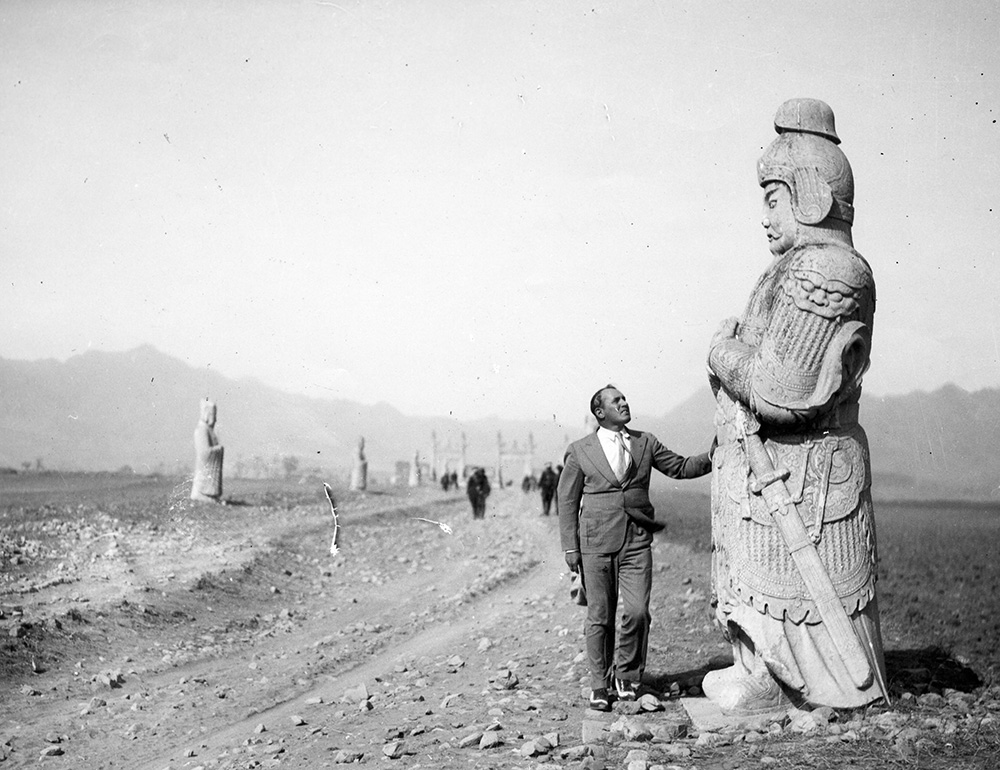 Ripley visited the great cities of China, soaking in their history and relishing their wonders. At the Temple of Heaven in modern-day Beijing, he discovered the “echo stone” a stone placed in a spot where one’s voice echoes from underneath them when they speak. 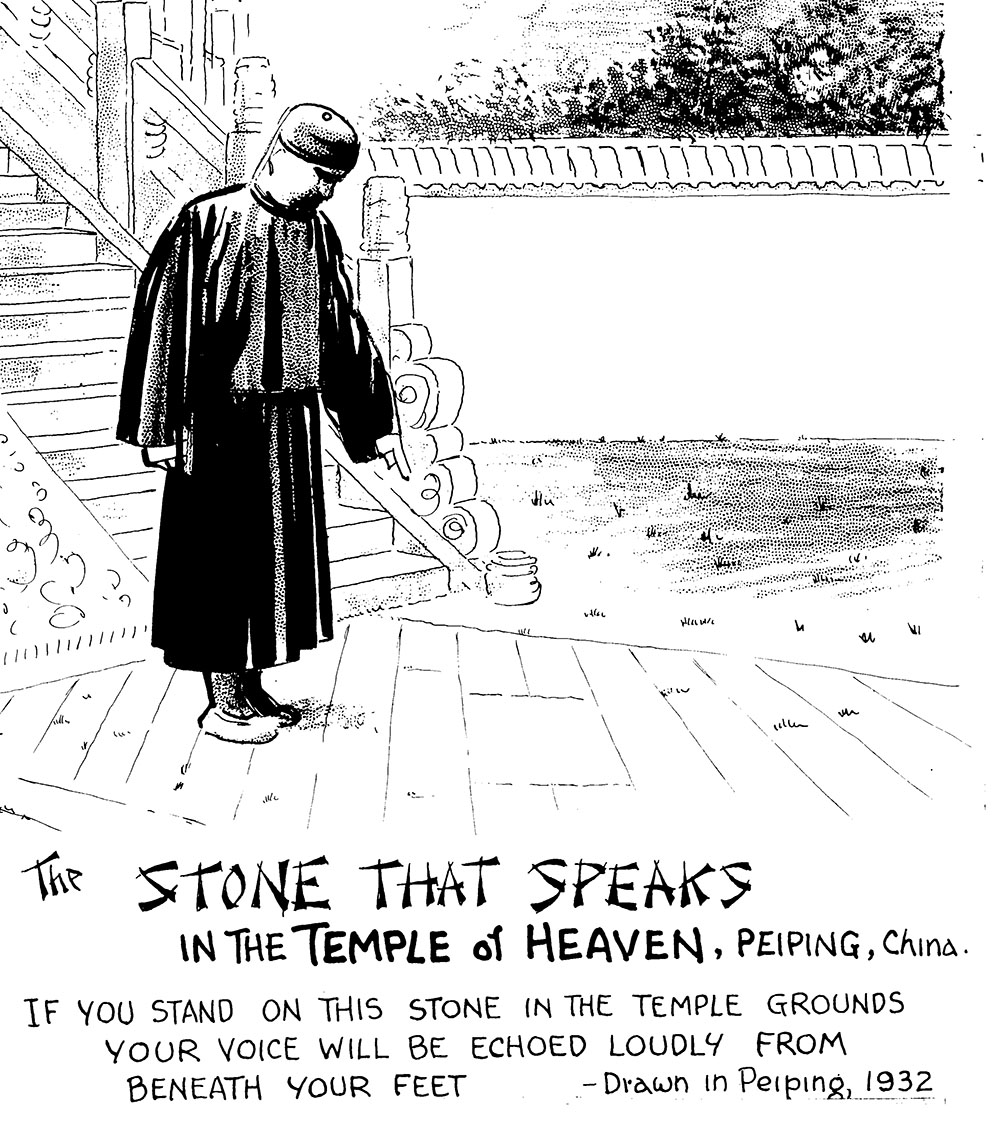