The Largest Game of Monopoly

Ramona Dynasty Band and Color Guard created and played the largest game of Monopoly ever. 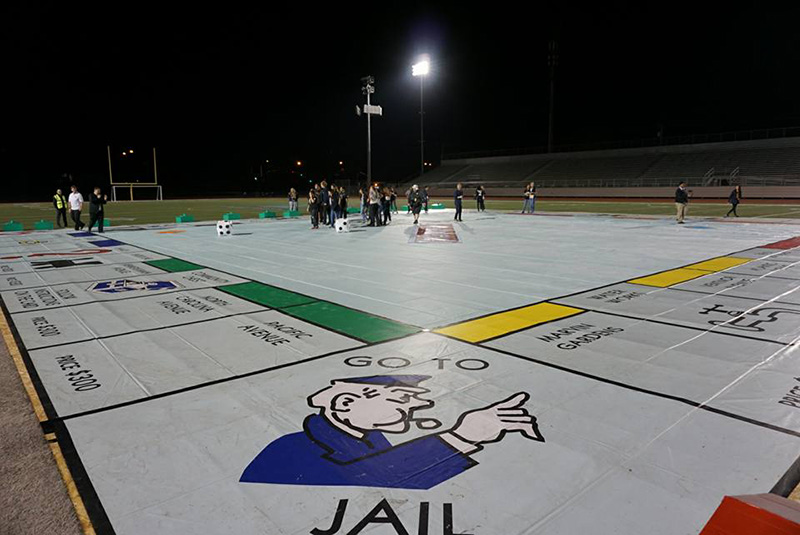 A Submission of Epic Proportions

It’s always a good day at Ripley’s when we can share a new submission with our readers. Sometimes our submissions are gross and creepy, but sometimes they’re just too big to pass up.

So when a Ripley’s fan wrote in to tell us about the largest game of Monopoly ever played, we knew we had to get the details and share them with you. 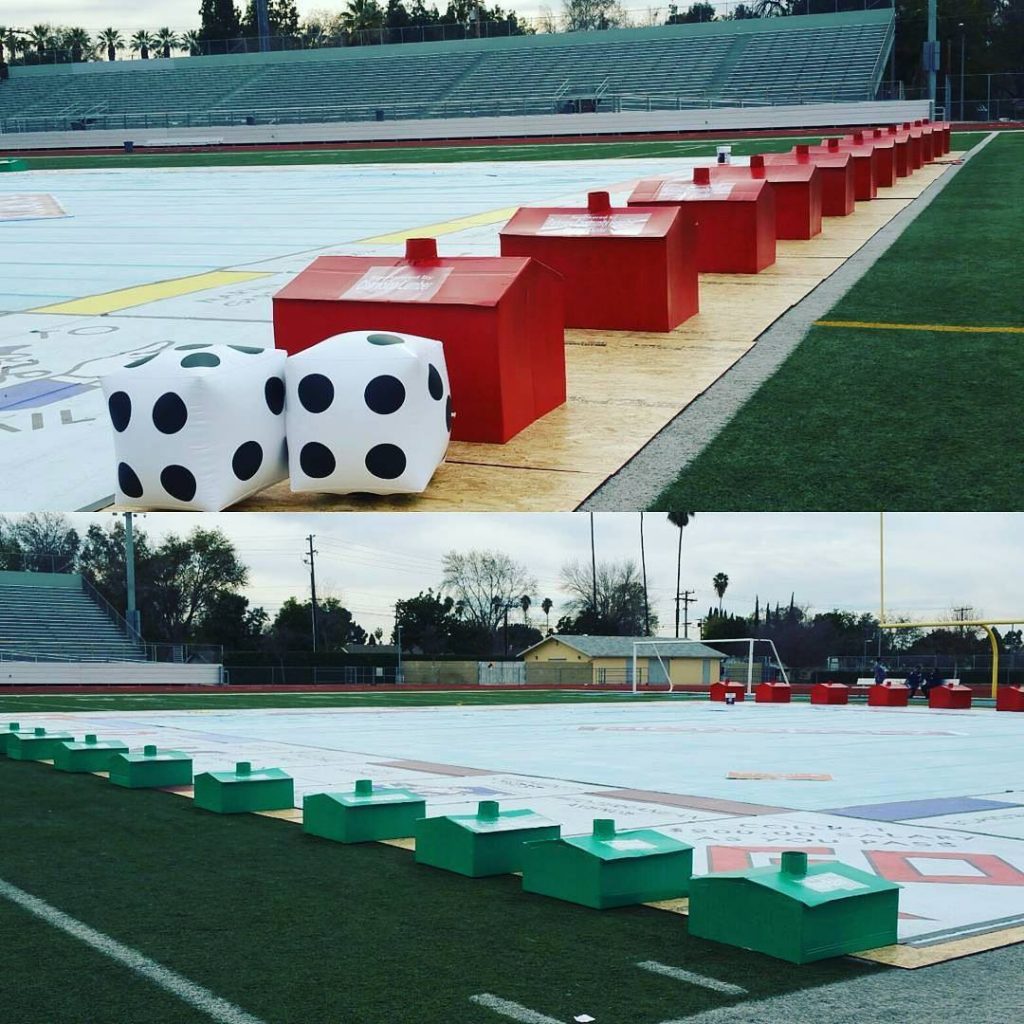 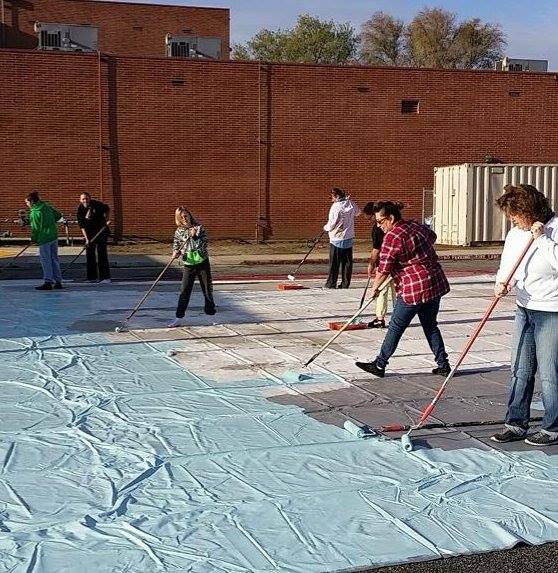 Did you know that last year marked the 80th-anniversary of the Hasbro board game Monopoly? Lots of people celebrated in different ways.

Hasbro released an 80th anniversary edition of the game. The band director at Ramona High School in Riverside, CA had a bigger idea.

Brian Gallagher is the Ramona Dynasty Band and Color Guard director, and he decided to celebrate the 80th-anniversary by incorporating the game into the program’s 2015 field show. He decided to call the performance “Ramonopoly,” and got started.

The first thing the band would need was a prop, and what better prop than a giant replica of a Monopoly board?

Gallagher contacted Hasbro to get their permission to recreate the iconic game set and then got Winter Guard Tarps to start on the construction of the borders.

The borders were printed on vinyl and measured approximately 90′ x 90′!

The borders were great and probably would have served the band’s intended purpose, but to gain the kind of national attention this project deserved, Gallagher knew they’d have to go bigger.

We started painting and building the center section of the board, again out of vinyl and paint.  Our boosters designed built replica houses and hotels and coated them with a plastic finish to give them the realistic look.

The entire thing took six weeks to complete with the help of 110 students and over 50 parent volunteers. And the outcome? 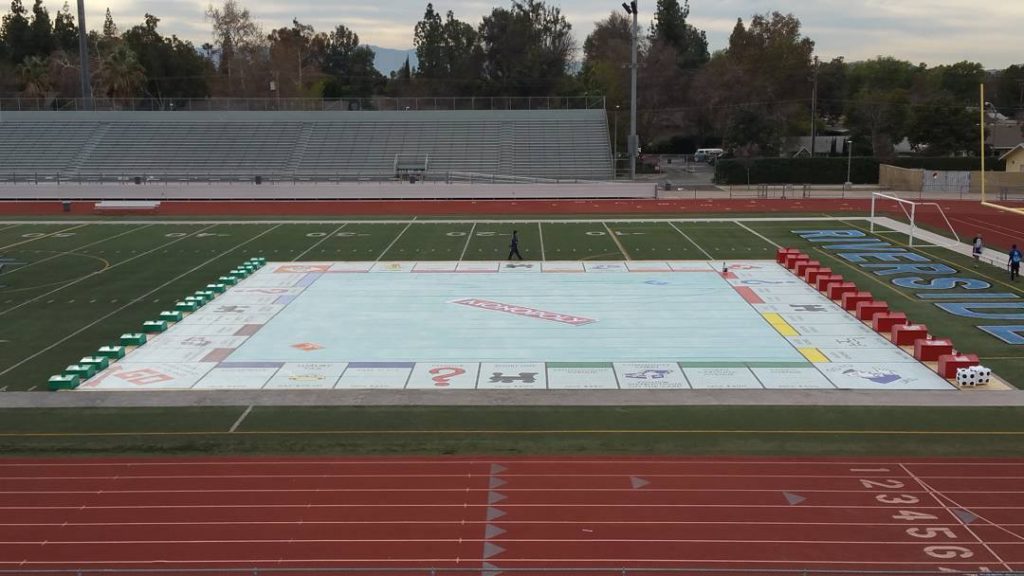 The Largest Game of Monopoly

On January 22, 2016, Ramona High School put on the largest game of Monopoly ever played. 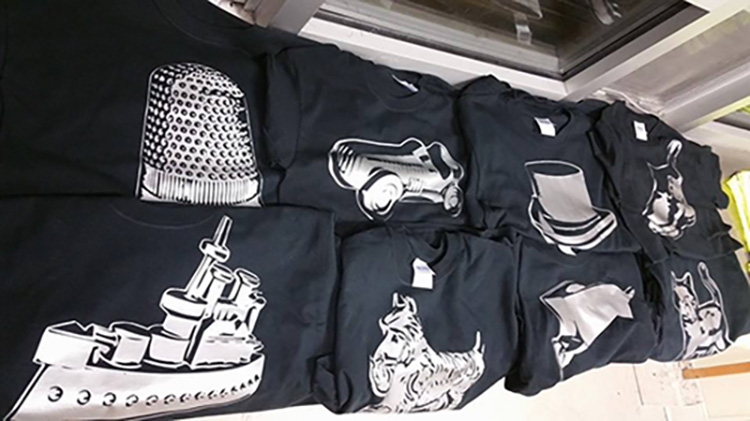 The game took place on the football field. The team purchased large dice, and Gallagher’s wife designed shirts featuring images of game pieces. The students, wearing the shirts, stood in as the pieces, and regular cards and money from the board game were used.

The longest Monopoly game in history lasted 70 straight days. Luckily, the high schoolers only had to play for 45 minutes.

This is the kind of story a school would want to be in the news for, so it’s understandable how excited Gallagher is.

I am really excited for this unique opportunity for our students and program.  Not many high school bands have something like this associated with them so it really an exciting time. 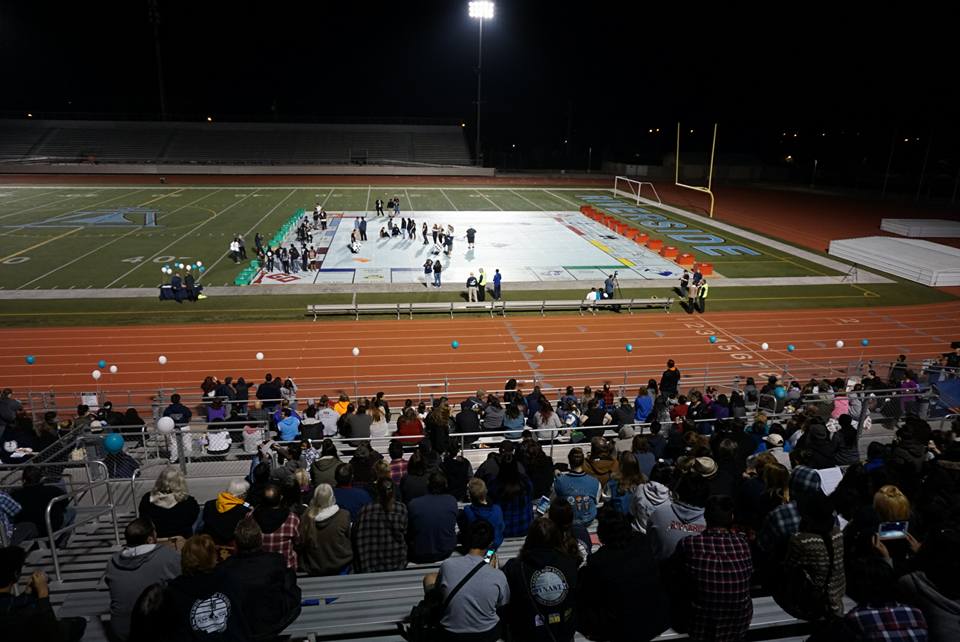 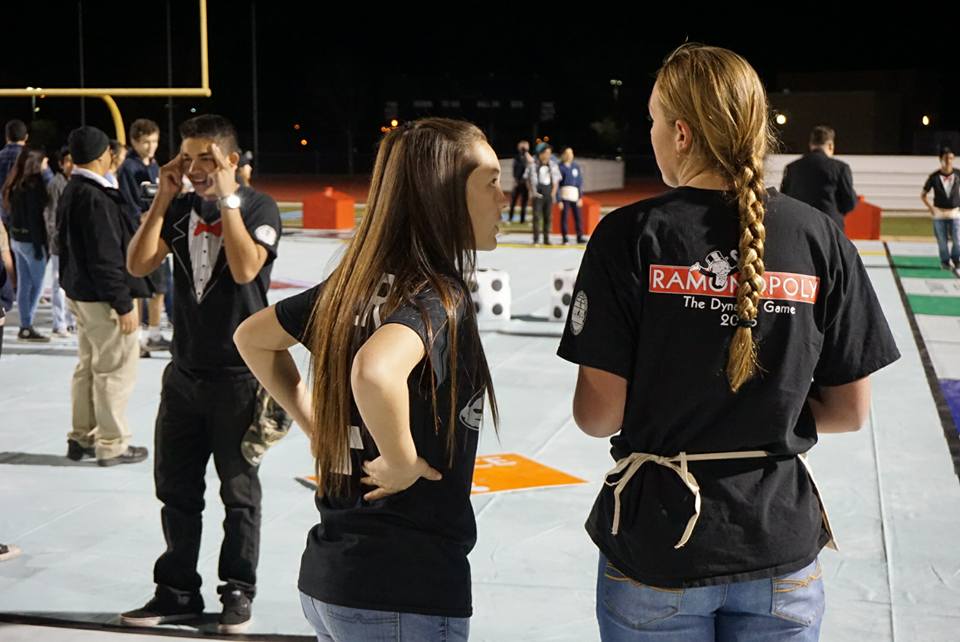