STILL THE ONE: Meet The Biggest Celebrity In Monowi, Nebraska 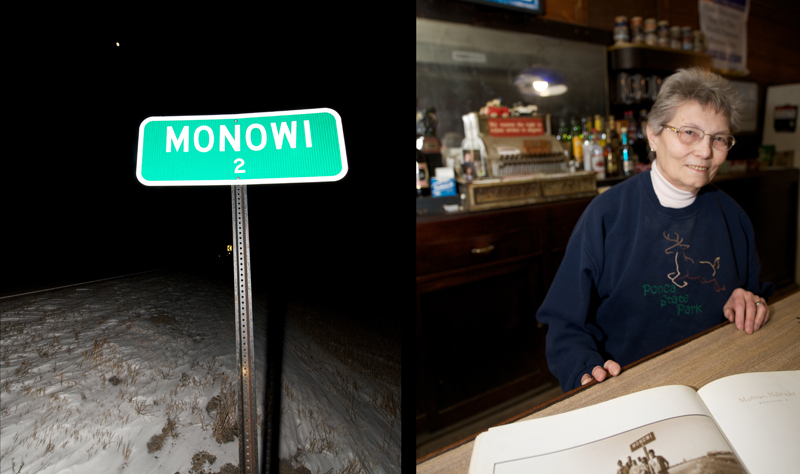 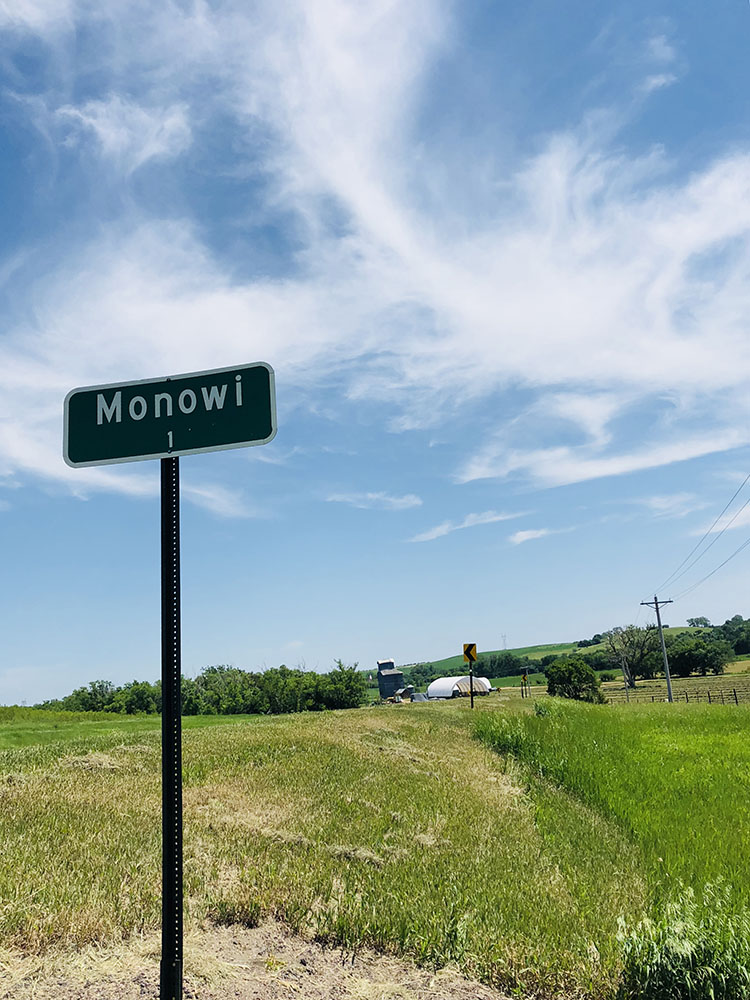 As you round a bend on the dusty highway leading into town, you see the small, green sign standing proud against the Great Plains sky.

“Monowi,” it reads. And a single number one is printed beneath it.

You follow the road into town, if you can call it a town, because if you blink you will surely miss it. On one side is a storage barn, where nothing looks to be alive or stirring—and may not have been for quite a while. On the other side is the cluster of what appears to be a library, a run-down house and a bare, shotgun cottage.

If it weren’t for the sign on the outside of the cottage, you’d never know she was there.

The front door creaks as you enter, spilling light all over the dark, wooden décor. And there she sits, chatting with a customer who’s just finished eating.

She says hello, and you introduce yourself. You’re not entirely sure what to say. She is, after all, the biggest celebrity in Monowi.

She is Elsie Eiler, the only person who lives in the whole town.

You think back to the sign on the road. Monowi, Nebraska.

‘THIS IS HER TOWN’

“She’s in charge of everything,” says Frank Hanzlik, a bear-sized man who just finished lunch in the tavern, just as he does most days, although he lives in a neighboring city seven miles down the road. “This is her town.” 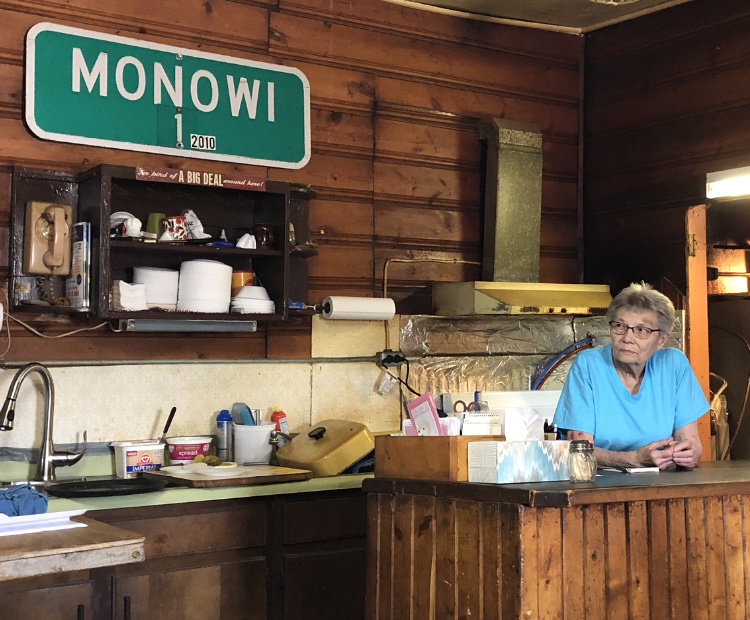 Elsie Eiler is 84 years old and has been running the Monowi Tavern for nearly 50 of those years. According to the census in 2010, she is the only person who lives in town, making Monowi the only incorporated place in America with a population of one.

“I just pay attention to my business,” she says, taking the hamburger patties and throwing them on the grill. “People from around here, they come in and they eat and drink at the bar, and I get them what they want.”

Open six days a week (she’s closed on Mondays) the Tavern is the place to be if you’re from the nearby cities. The residents come in for burgers and suds because the food is reasonably priced and darned good, too.

But it’s the other thing that’s gained her the most popularity, the fact that she’s the only person in Monowi. Up until 2004, there was another, but her husband, Rudy, passed away that year and left it all to her.

Some days are busier than others, and sometimes, her daughter and son will come in to help. She’s been featured in newspapers and on television shows across the country, which has resulted in a steady increase of visitors. And things really picked up when she was visited by comedian Larry the Cable Guy, who in 2010 profiled her and the town for his television show, “Only in America,” for the History Channel.

She’s had customers from 48 states (she’s only missing folks from Idaho and West Virginia) and 41 different countries (Pakistan recently invited her to come to the country so they can honor her. She has not taken them up on it).

Up until 2004, Elsie ran the town with her husband, Rudy, and the sign noted a population of two. But when he died, it left her by herself. So she started a 5,000-volume library in his honor, and the town had another attraction.

Measuring just a fifth of a square mile, you can take in all of Monowi just by turning around in a circle. But the Tavern is where the party’s at—it’s where she is, after all. Elsie grew up and went to school in nearby Lynch, and although she likes to travel to visit her daughter in Arizona, she says her heart belongs here.

“The summers are always busy,” she says. “People come in and stay for the day. In the winters, people come by at night and they chat at the bar.”

Still, the question remains: What will happen to the town, and the Tavern, once Elsie is gone?

“My son, who lives nearby, has shown some interest about keeping it going, but I don’t think it’s possible, really,” she says. “I’ve had so many things grandfathered in for me, it would not be very beneficial for someone else.”

Like how she can grant herself a liquor license, which she pays—to herself. Or how she develops her own road plan every year to get state funding for their traffic lights.

At the end of most days, she’s cooked so much that she can’t even come to make anything for herself. “I like peanut butter sandwiches,” she says. “No jelly. Then again, sometimes I do like a burger. Sometimes that just sounds good.”

Online you can read the reviews on sites like Yelp and Google. Most recommend the burgers. But all will agree on one thing: The management rates five stars. Because Elsie comes out to sit with her clientele, to talk with them. And they love her for it.

“When I meet a celebrity, I’ll tell you what it’s like,” she says, laughing. “I’m just going to keep doing what I’m doing. I’ll just keep cooking up hamburgers and serving beers.”