After three years of work, Anand Prakash Chouksey presented his wife of 27 years with a new home-build replicating the Taj Mahal! 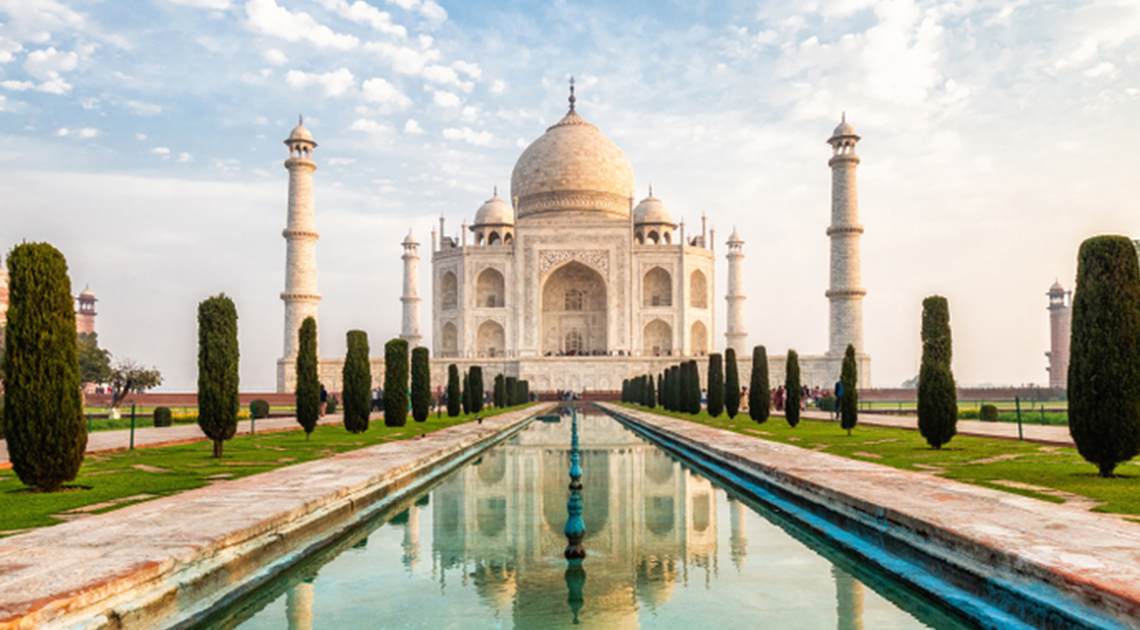 How do you show someone you love them after 27 years of marriage? If you’re anything like one man in India, you go big and go home with a one-third-scaled replica of the Taj Mahal!

The construction of the couple’s new home brings the UNESCO World Heritage Site’s story full circle from when Shah Jahan had it commissioned as a mausoleum for his own wife, Murntaz Mahal in 1631.

Chouksey’s initial plan was to build an 80-foot-tall home, but $260,000 and a heap of issues getting permission from local authorities later, he scaled it down to a still-impressive 29-foot-tall structure featuring four bedrooms, a library, and an intricate domed roof. For comparison’s sake, the original Taj Mahal stands at 240-feet-tall.

According to Chouksey’s son, Kabir, creating a perfectly-to-scale replica wasn’t as easy as it looks in a photo, with builders constructing and demolishing walls and arches multiple times to make the mini-Taj exactly as planned. “Sometimes the difference was so tiny that it’s negligible to the eye,” said Kabir, “But we thought that since we are building something good, then there should not be any missed opportunity or regret.”

Manjusha had only one request of the artisans and sculptors from across India Chouksey commissioned to complete the project — a good meditation room. A man who is clearly more than familiar with the phrase “happy wife, happy life” set out to include a meditation room fit for a queen, saying, “It’s the best location inside the house.”

However, it turns out the building isn’t just a gift for Chouksey’s wife, but also “for the town and its people.” Although the construction is on the family’s private land, he allows locals and tourists alike to walk on the lawn and take photos.“I don’t stop them because in our town we are a close-knit community where everyone knows everyone,” Chouksey says, “So, my house is open for all.”

It is yet to be determined if Chouksey will follow Shah Jahan’s mysterious plan to make the legendary Black Taj Mahal a reality for himself, but as it stands, we’re starting to think the eighth world wonder may be where to find yourself a Chouksey!