Unmasking The Dark History Of The Moretta

They looked decidedly eerie, almost appearing as though someone has cut out the person's face.

If you’ve been invited to a masquerade ball this year and want to wear something that screams “creepy-casual,” consider adding a moretta to your ensemble.

When we think of carnival masks of Venice, Rio or New Orleans, we think of bright colors and ornate design. But, if you go waaaay down to the opposite end of the spectrum, you’ll find the moretta—a woman’s mask of plain black with no sparkle or flare, and no opening for the nose or mouth. In artists’ depictions, they look decidedly eerie; it almost appears as though someone has cut out the person’s face. 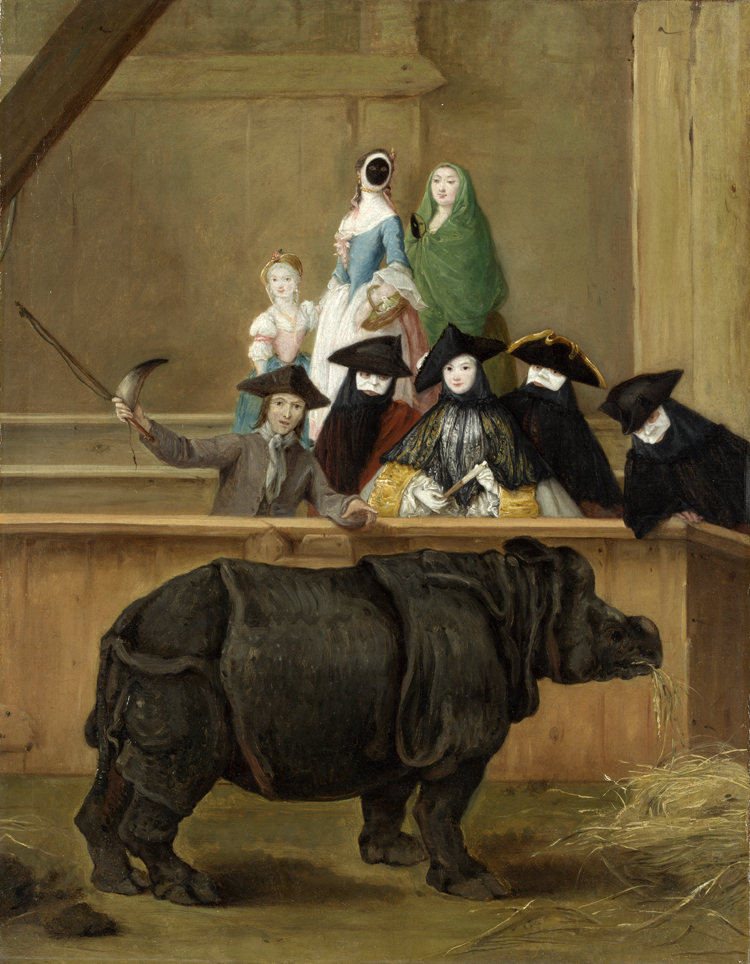 Of all the styles of masks worn at the time, moretta was as sleek and simple as could be. Likely made of a material like cardstock or cardboard, it would have been waxed, painted over, or had black fabric affixed to it for a blank effect.

Popular in Paris and Venice during the mid-to-late 17th century, the moretta was an oval-shaped, black mask of French origin. It disguised the lady who wore it and stayed put with a button held between the teeth, rendering the wearer mute. It’s no wonder the moretta, meaning “dark,” was also sometimes called the “servetta muta,” or “mute servant.”

From the late 1600s until about 1700, women in Paris had a tradition of covering their faces in public. “Women didn’t always wear hats, so they used masks, including the moretta partially to keep their fashionably pale skin safe from the sun,” says  James H. Johnson, Professor of History at Boston University and author of Venice Incognito: Masks in the Seren Republic.

The plain, dark mask accentuated the paleness it helped protect. A moretta might be also worn on a visit to a convent for the sake of modesty and, of course, the quiet created by that button.

Masks in Paris at the time were also worn as a “protection against charges of being immodest,” Johnson says. It was rare for an upper-class woman to go walking in public alone but, he points out, not rare for prostitutes. A lady could walk out in public in a mask and not be seen as being that kind of girl.

You would think that women at this time would see the near-literal buttoning of their lip and “invisibility” in public as an inconvenience. However, for most, being covered up and unheard almost gave them a bit more freedom.

Masks could be “about protecting a psychic space when you don’t have physical space,” Johnson says, and that it was somewhat akin to the modern habit of “wearing sunglasses, not to disguise ourselves but to create a kind of psychic distance so that we don’t have to acknowledge people if we don’t want to.” 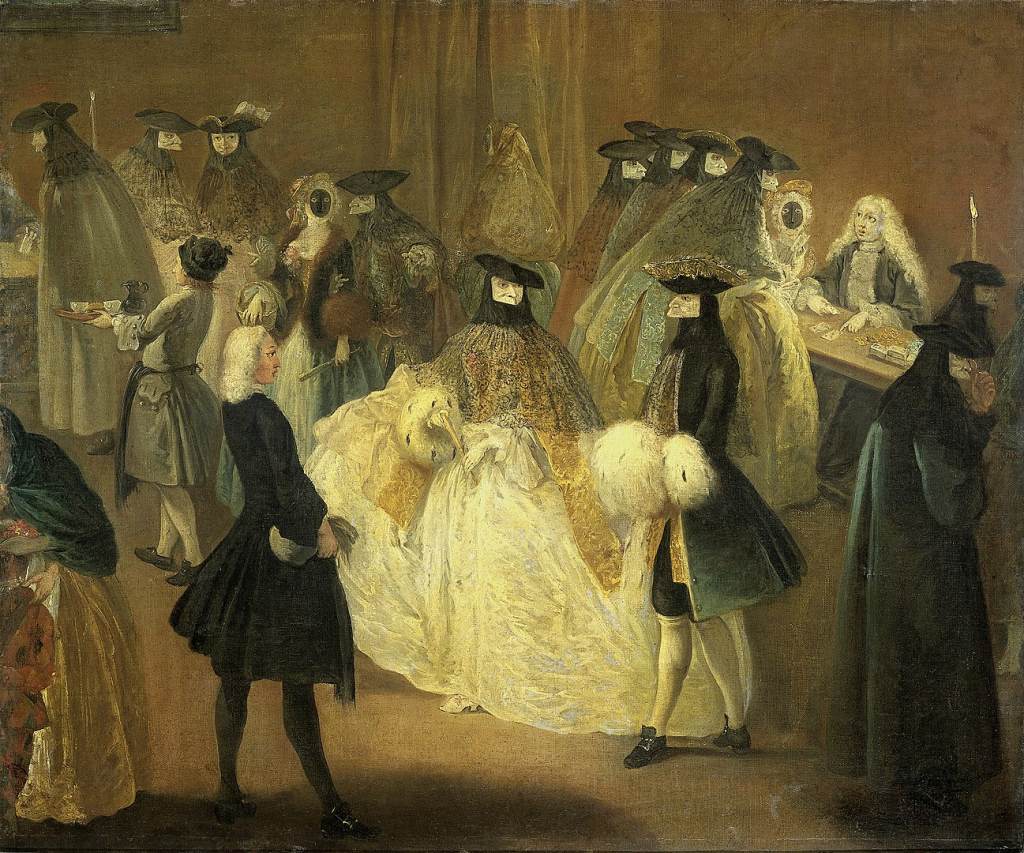 Meanwhile, Venice in the 1660s and 1670s was seeing the dawn of new social spaces like enclosed theaters, public cafes, and gambling halls. Venice had a rigid social hierarchy “in which the two or three percent of the population who are noble did not associate closely with or talk to commoners.” Now, suddenly, there were public spaces in which the mingling of classes could occur.

In a sartorial move, likely unique to Venice, “people began to wear masks in public as a way of facilitating being very close to a different social status,” in these new class-fluid spaces, Johnson says. Aristocrats could drink and gamble alongside absolute nobodies and no one would ever know.

Who Was That Masked Woman? 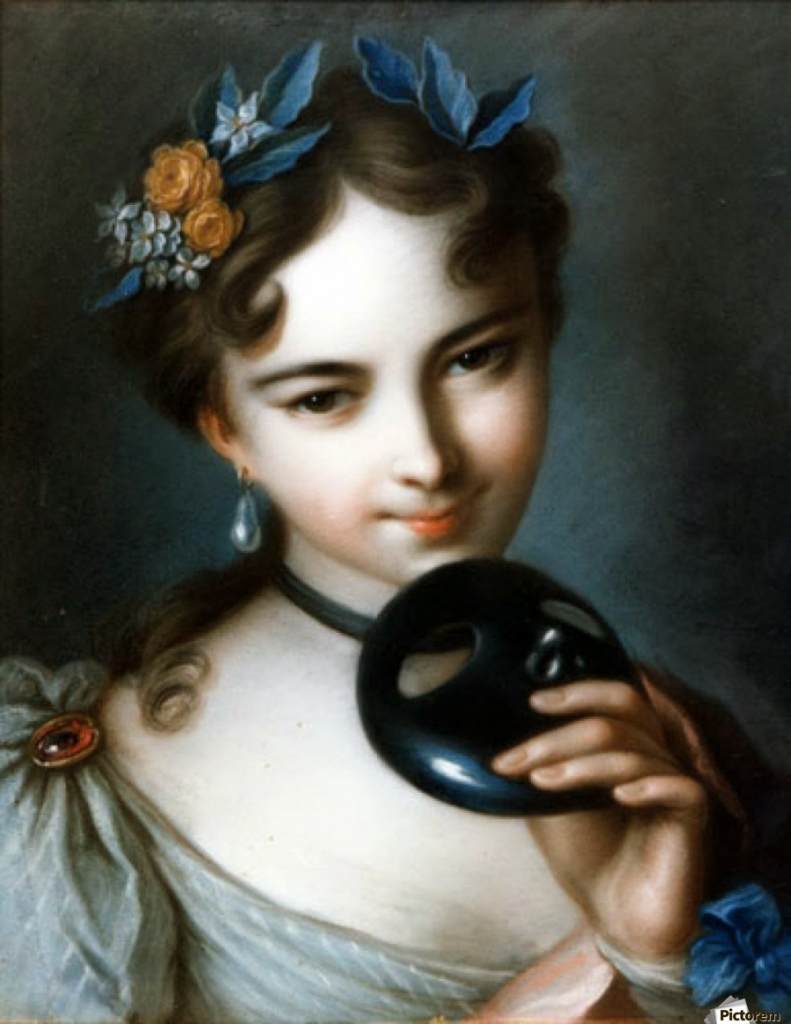 Venetian painter Pietro Longhi often showed masked figures in his work, including women in morettas, as in The Rhinoceros and The Meeting of the Procuratore and His Wife, which, as the University of Mary Washington blog observes, shows a lady removing her moretta for reasons unknown. As with the mysterious moretta, there’s some fun to be had in this little bit of mystery.

Next post Cinematic Views From The World's Tallest Outdoor Elevator