Mose, the Miniature Pinscher, doesn’t let his lack of limbs stop him from strutting his stuff! 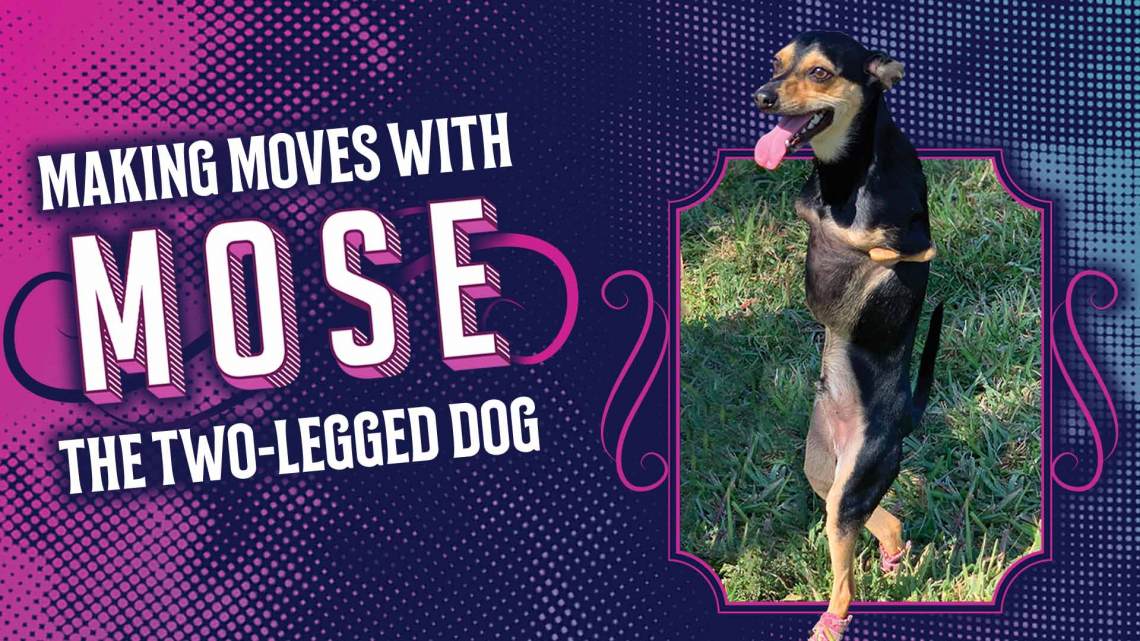 In 2019, the Ripley’s Believe It or Not! St. Augustine Odditorium held their annual Halloween costume contest. The wild and weird-themed event typically seeks out the best of the best pet costumes, but that year, the pet who won the contest was truly unique in his own right. His name is Mose, a Miniature Pinscher, born without his two front legs. However, Mose doesn’t let his lack of limbs stop him from strutting his stuff. He’s actually able to walk around upright on his hind legs—one foot in front of another!

Bo Lechangeur and Carrie Olivera, Mose’s owners, adopted him in November 2017 when he was about three months old. At this point, Mose couldn’t walk, but his tenacity knew no bounds. Lechangeur says he taught himself how to walk through a series of trial and error.

“He would fall on his chest and use the floor and his back legs to drive him forward. Over time, [his legs] got so strong, and now, he walks around like nothing.”

Part of the reason for Mose’s desire to walk seemed to be based in his excitement to play with other dogs. And now that he can move around like a person, Mose gets quite a lot of attention from humans as well.

But even more than that, Mose is an extremely nurturing animal. Lechangeur and Olivera also have two other dogs, one of which is Mose’s brother, Bandit, who was adopted after Mose. Bandit has a similar condition except he’s unable to walk like his brother. This is due in part to the fact that he does have one of his front legs, but it didn’t form properly. When Bandit came to Mose’s household, he was overweight and ill from not being able to move around. Though they’d been apart for almost a year, Mose recognized him immediately and helped him get healthy.

“Mose was always involved in helping him. He was cleaning up after him and got him in shape. In just a few months, Bandit was “hopping around,” and the two dogs were playing with each other regularly. 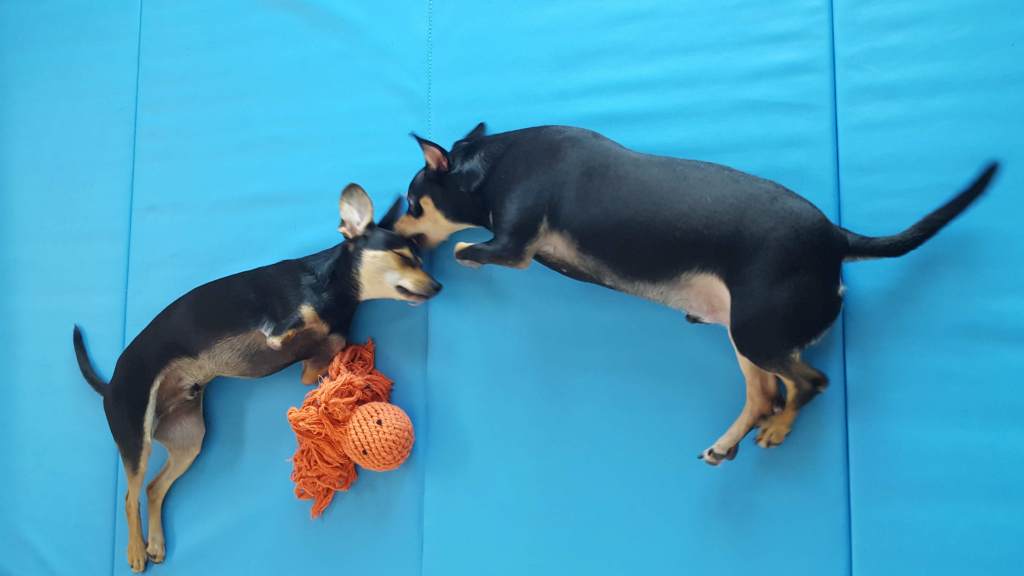 This is just one reason why Mose’s owners believe it is so special—and rewarding—to adopt a rescue dog. The couple was living in Texas in 2017 when a particularly devastating hurricane hit their area. They saw how many dogs had been left stranded without a home and decided to adopt.

“For anyone looking to get a dog, I’ve always found rescues to be the best place. If you think about where they came from to landing in a loving home…it’s much more rewarding in the long-term.”

It’s hard not to see this intrepid Min Pin as a breed unto himself. In so many ways, though, Mose is just like other dogs. He loves playing with pups, wrestling with his brother, and slurping down Starbucks Puppucinos. He also loves his plush lion toy, which his owners believe reminds him of their other dog, an eleven-year-old chihuahua.

“He’s an amazing dog. Every day, we wake up to him and see him walk. We’ve had him for three years now, and every day, it’s amazing to see him walking around.”

Mose truly is an amazing dog inside and out, which is why his costume in the 2019 Halloween contest was so fitting. He was dressed as Superman!

Can’t get enough of this adorable two-legged pup? Find Mose and other outstanding animal feats inside the pages of Ripley’s latest annual, Mind Blown! on sale now.

Next post Macy's Thanksgiving Day Parade By The Numbers