Residents of the small town of Winton Australia woke up one morning and received quite a shock. A swarm of hawk moths descended on the area in the dead of night and proceeded to wreak havoc on the town and residents.

The moths filled gutters, covered walls and the ground, flew in swarms in the middle of roads, and filled any and every space they could. Residents tried their best to go about their business as usual, but there were complaints about the smell.

The moth plague is just the latest in a line of struggles faced by Winton residents. All of Queensland suffered from a drought since the end of 2015. After months, the drought ended only to be replaced by endless rain, causing floods. Once the rains subsided, in flew the moths.

It is a typical thing you will get happening in central Australia where during dry times you will see nothing at all and then you will see a quick response to any rainfall and that herby sort of plant growth and you get this sudden boom in numbers of insects. -Dr. Chris Burwell, Senior curator of entomology.

An increase in insect life may be normal but in these numbers? 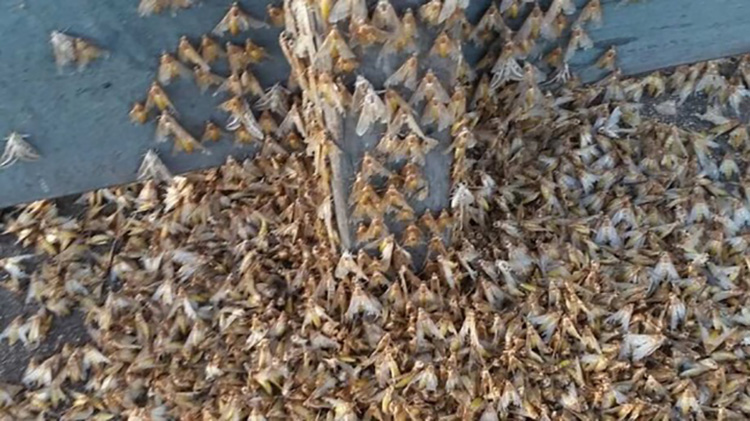 The moths were a nuisance, and driving through a swarm of them was undoubtedly frightening, but there are a few ways this plague could have been worse.

Hawk Moth is a general term for a lot of different species of moths. They mostly just feed on plants and flower nectar, and have a lot of benefits for plant propagation, and some of them are quite pretty. But not all moths are as mild mannered.

The Ermine moth’s caterpillars could have caused more heartache had they arrived after the flood. They live in colonies numbering in the thousands and spin giant silk webs overs trees, buildings, and cars! 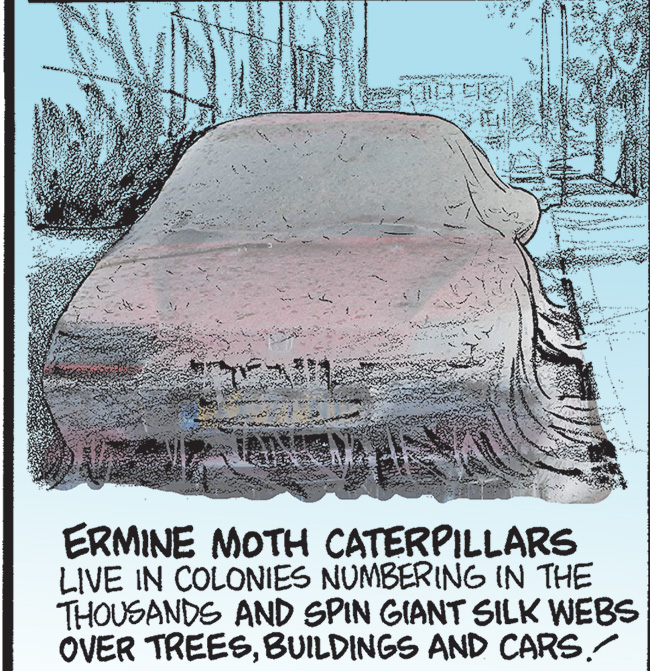 Even worse than waking up to swarms of moths would be waking up to find every aspect of your life covered in webbing and crawling with worms. 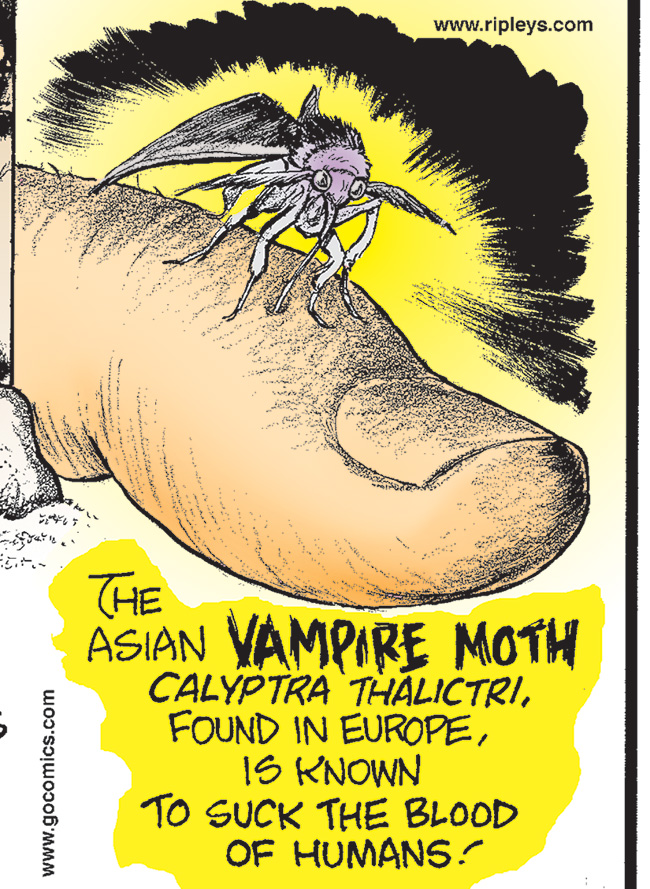 Even though the residents of Winton had a harrowing couple of days, and even though they were struck with a few months of bad luck, they can, at least, be thankful that they didn’t have to deal with something far worse.