On June 3rd, the world lost the greatest boxer to ever live, Muhammad Ali.

Whether you’re a boxing fan or not, you’ve heard of Ali. He is still the only boxer to be universally named the Heavyweight World Boxing Champion three separate times. He famously refused to allow himself to be drafted into the Vietnam War. He was outspoken in his views on race and in his support of Boxing. And in his later years, he offered his name, status, and larger-than-life persona to the fight against Parkinson’s.

There’s no question that Muhammad Ali more than earned his place in the pantheon of great athletes and influential people.

Beyond the personal feelings over his passing, there’s a direct connection between the Champ and Ripley’s. We own artifacts connected to him.

The most extraordinary item (and my personal favorite thing in the entire Ripley’s collection) is the torch from the 1996 Olympics. 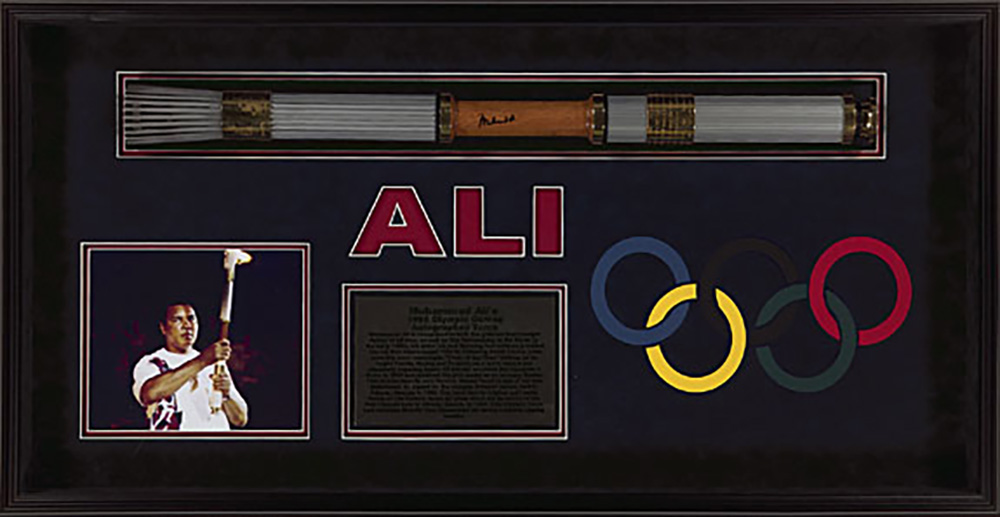 Ali’s connection to the Olympics goes back to his gold medal victory at the 1960 Games in Rome. He defeated Poland’s Zbigniew Pietrzykowski. When he won, he kissed his medal, held it aloft and proclaimed:

This was my last amateur fight!

And he went on to have the greatest professional career of any boxer.

This torch is the one he used to light the Olympic flame in his surprise appearance in 1996, and it’s signed by the man himself.

Also a part of the Ripley’s collection is this amazing piece of memorabilia from the movie Ali. 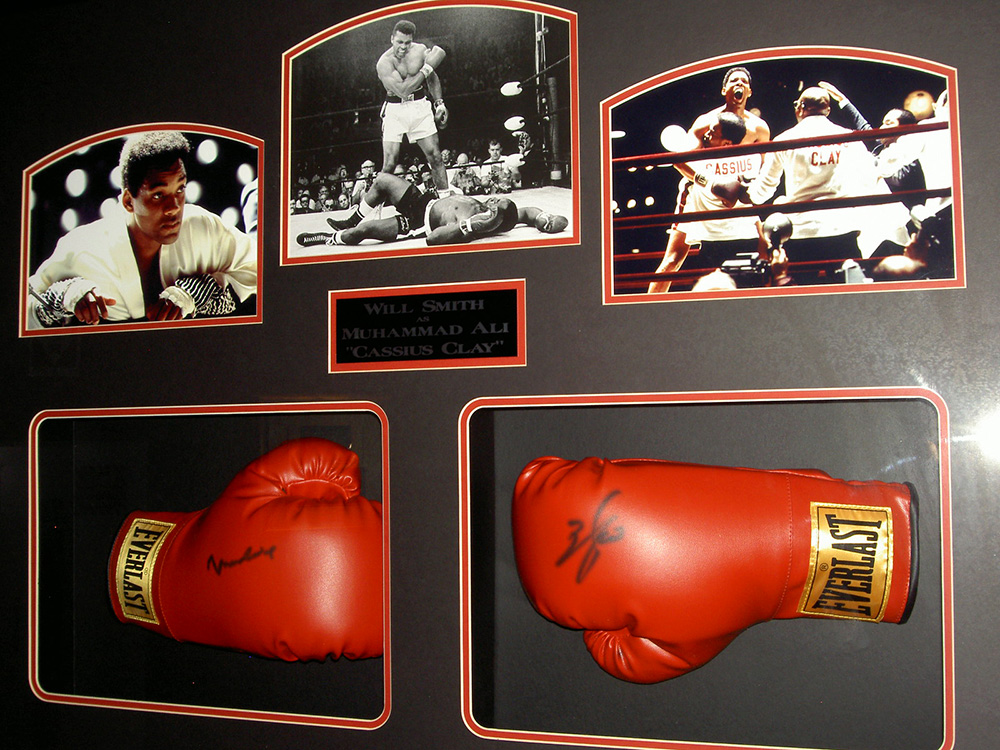 The two Everlast boxing gloves are autographed by Will Smith and Ali! Featured in the display is one of the most famous images in boxing history. Ali standing victorious over Sonny Liston.

It’s with a heavy heart that we have to say goodbye to this great man and amazing athlete. The hole he’s left in our hearts and the world may never be filled, but his legacy will never be forgotten.