Known as "Halloween on Ambush," the display gets bigger every year and has raised thousands for local charities. 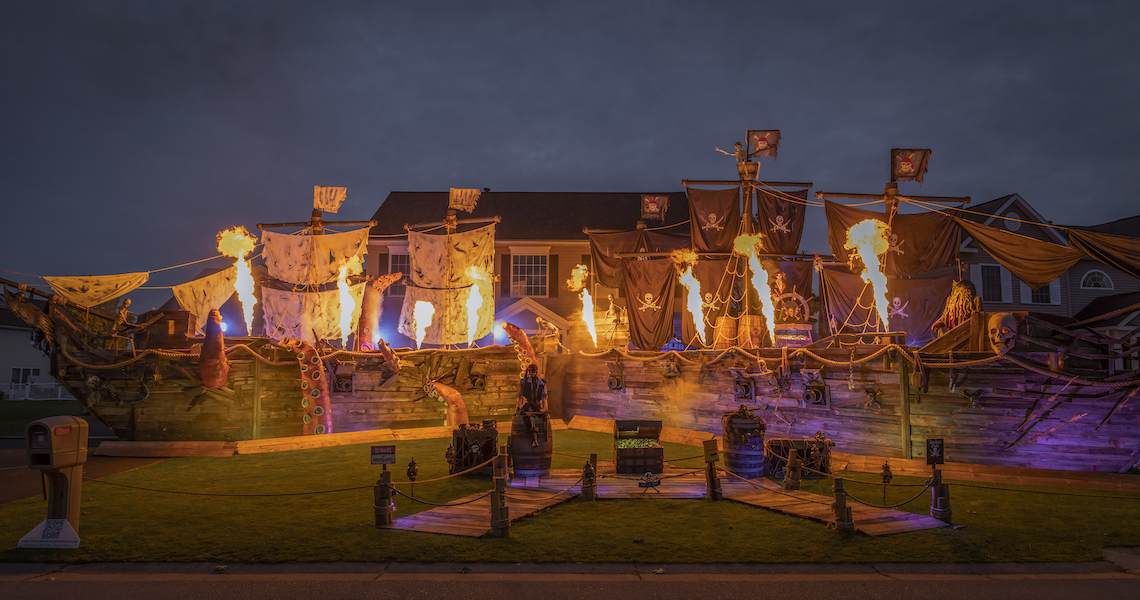 Halloween is a time of year where those that celebrate are free to let out their inner child and dress up like their favorite characters, villains, and monsters. Homes and even entire neighborhoods become stages for creepy decorations and our once-normal world is made into a dreamlike wonder for horror and spooky season fans alike.

You may think you are unmatched in your Halloween celebrations with pro-decorating skills and jaw-dropping costumes, but everything Halloween-related you have ever seen pales in comparison to the work of Tony DeMatteo and his truly unbelievable yearly yard show.

Tony DeMatteo of Churchville, New York, constructs massive Halloween displays in front of his home every single year and has even began to garner notoriety outside of his hometown. Believe It or Not!, last year Tony constructed two 50-foot-long pirate ships in his front yard to celebrate Halloween 2021!

The maritime-themed scene is one of Tony’s most ambitious undertaking to date. It included cannon effects, a light show at night, and even handmade kraken tentacles attacking one of the ships! 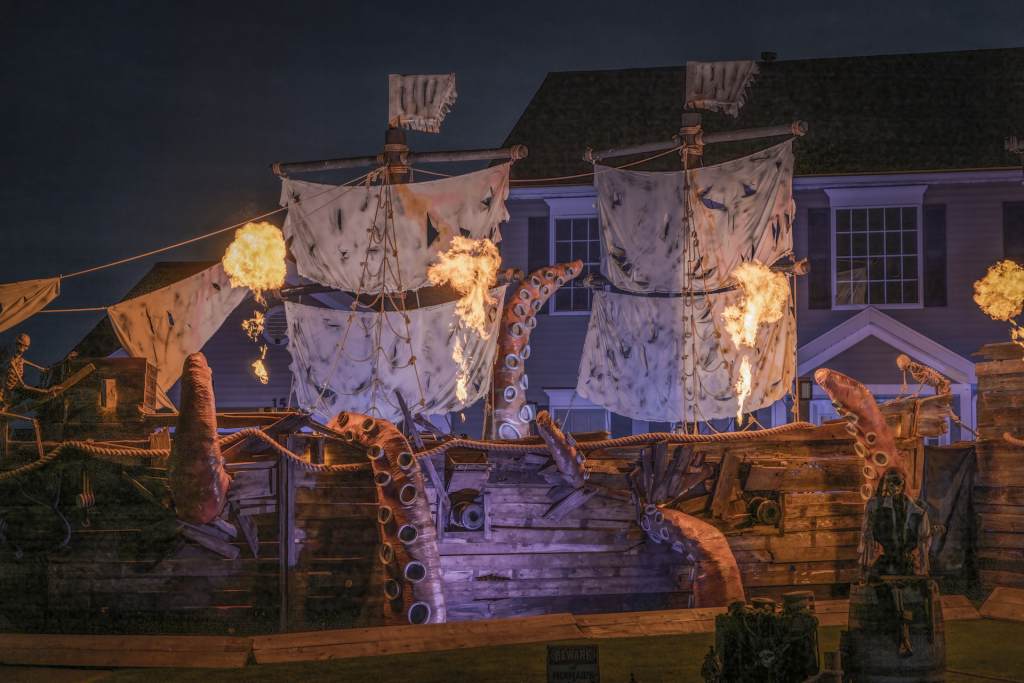 Give Them Pumpkin to Talk About

Known locally as “Halloween on Ambush,” the decorations attract thousands of visitors each year, many of whom donate to local causes of Tony’s choosing. The 2021 display helped raise $6,000 for Golisano Children’s Hospital Pediatric Intensive Care Unit, plus 1,800 pounds (817 kg) of food and nearly $1,000 to Open Door Mission of Rochester, New York.

Believe It or Not!, Tony starts between eight and 10 months in advance to create his annual masterpieces. The 2021 project required 5,000 feet of cabling in the front yard and even included visitations by professional actors playing the roles of Captain Jack Sparrow and Captain Barbossa! 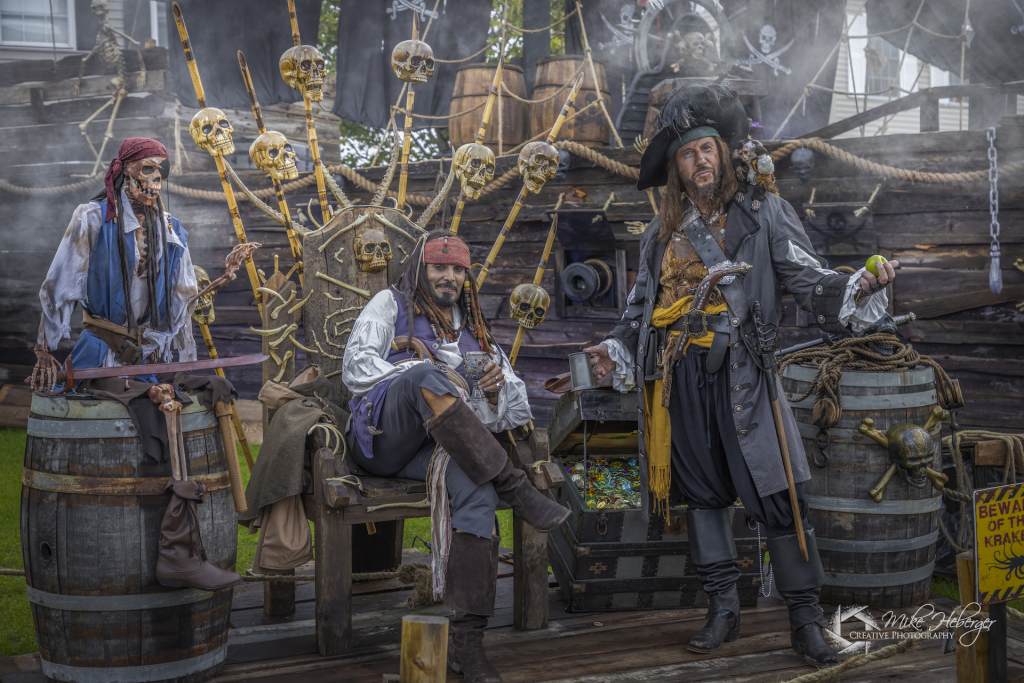 The self-proclaimed Halloween enthusiast has spent the past five years outdoing himself each October with displays that continue to increase in production value and size — and Halloween 2022 is no exception. This year, Tony doesn’t have just two ships on his front lawn, but an entire pirate town called Port Royal!

The money raised from the show will be donated to the Dream Factory of Rochester New York, a volunteer organization that fulfills the dreams of children diagnosed with critical or chronic illnesses. The incredible work of Tony’s yearly yard show is an inspiring example of taking something you’re passionate about and using it for a good cause.

To stay up to date with Tony and see what he has up his sleeve this year, follow him on Instagram and if you’re near Churchville, New York, consider stopping by and experiencing his extraordinary work firsthand!

Next post Dogue: Raising the Bar(k) on Canine Fine Dining

Previous post Did the Satanic Panic Ever Really End?