Meet The “Narluga” And Other Weird Whale Hybrids

The half-narwhal, half-beluga is just one of many mixes between different whale species. 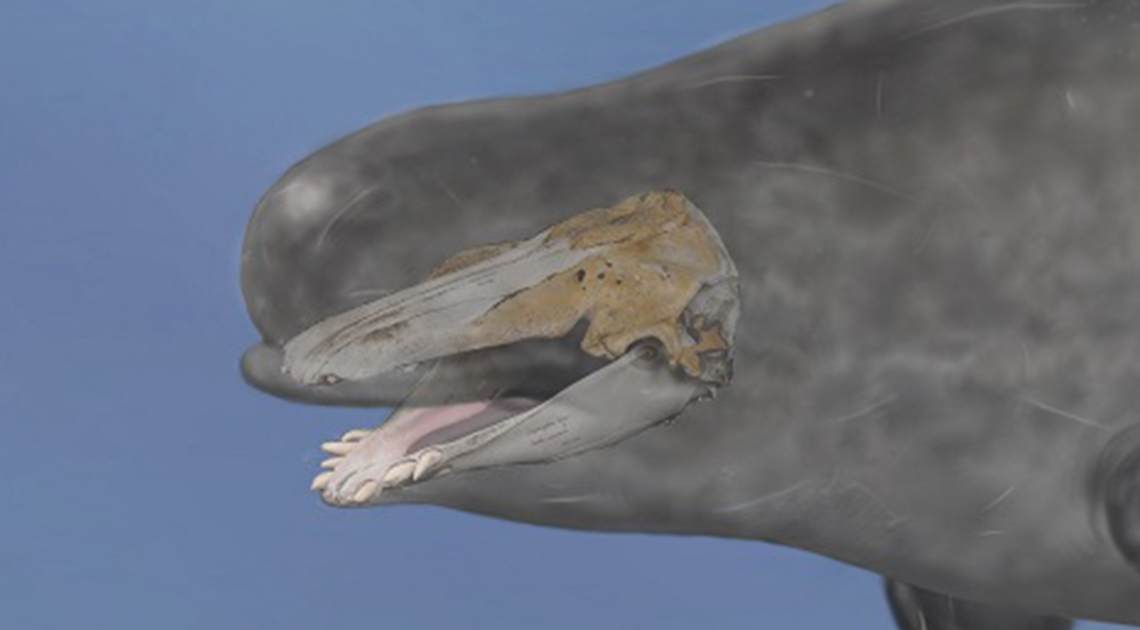 Narwhals and belugas have always shared the waters of the Arctic, swimming peacefully in their respective groups. The animals, which are both similarly-sized whales, occasionally adopt each other into their groups. Sometimes, it turns out, they’ll even have babies together.

There are 90 different species of whale, including several species of dolphin, some whales with teeth, and some with mouths full of a feathery tissue called “baleen.” Despite the fact that all the whale species look and act differently, there have been numerous documented sightings of whale hybrids. That means that two members of different species came together to mate, and having offspring that look a little like Mom, and a little like Dad.

Narwhals and belugas are different enough that you would never mistake one for another if you were to see them both in their native habitat. Narwhals are dark and spotted, and the males have noticeable long tusks, spiraling out of their noses, like underwater unicorns. Belugas are white and melon-headed.

That’s why a group of Inuit hunters catching their dinners was so surprised when they killed a group of three animals that looked like no whale they had seen before. With grey skin, forward-pointing teeth, and a mish-mash of other body parts, the three animals couldn’t have been narwhals or belugas—or were they both, at the same time?

That was in the 1980s, and one of the hunters kept one of the skulls on his shed. Later, a scientist examined the skull and suggested that it might have been a hybrid of the two whales. That theory was based on the interesting shapes of the skull and teeth, that seemed to be at once narwhal-ish and beluga-ish. 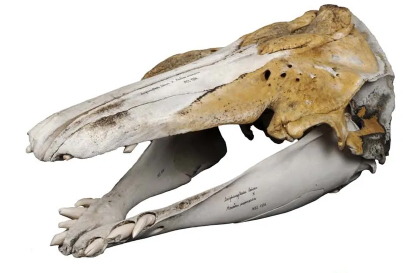 Since then, DNA sequencing technology has improved immensely, and scientists more recently set off to determine once and for all what animal the hunters had killed decades ago. They extracted DNA from a tooth of the strange skull one of the hunters had kept, sequenced it, and compared it to that of belugas and narwhals.

The researchers published their results in the journal Scientific Reports on June 20, 2019. The verdict? The animal’s mother was a narwhal, and its father was a beluga. Behold, the “narluga.”

Hybrids are only possible when two species are close enough genetically, and even then it can be rare. A shark and a dolphin would never be able to reproduce because they are not closely related. Some hybrids, like mules and zebra-donkey hybrids, almost never have babies of their own. If two animals are genetically close but don’t live in the same area or have the same mating rituals, they aren’t likely to hybridize either. 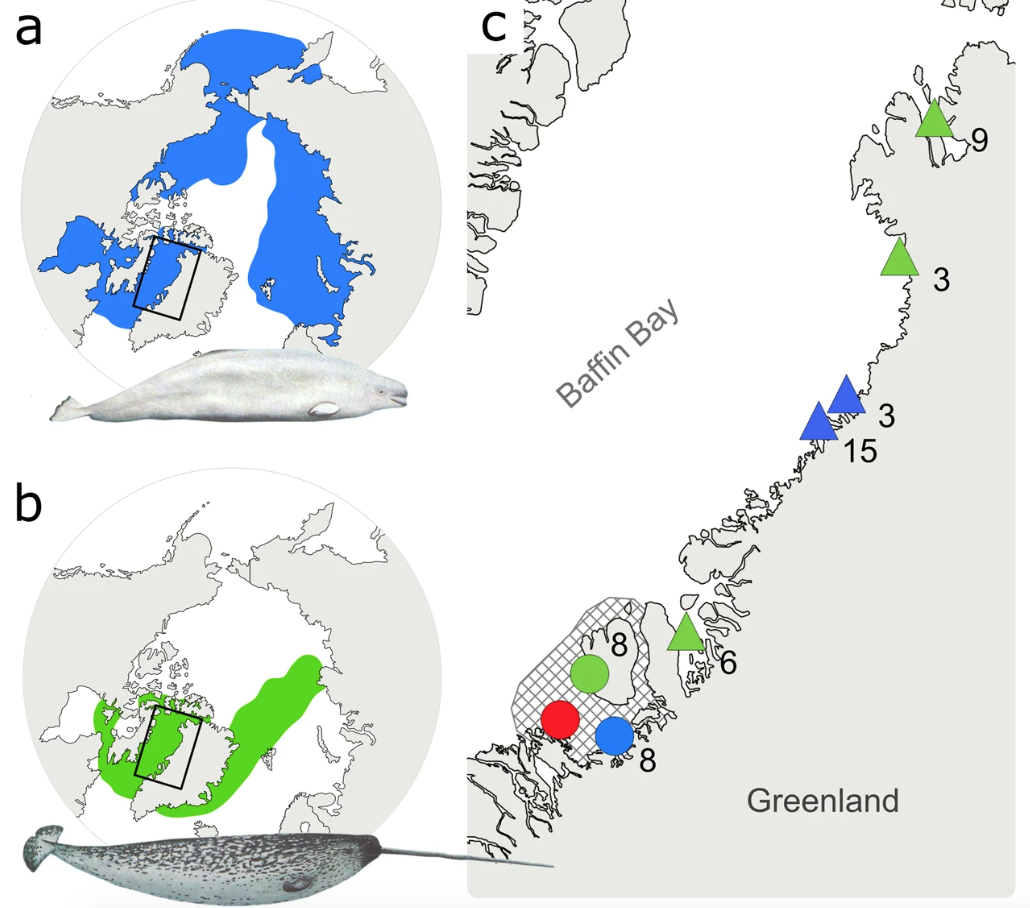 Yet, many whales have crossed the species barrier and made new and exciting creatures. In 2016, scientists in British Columbia, Canada published a paper in the journal Ecology and Evolution listing some strange whale hybrids. That includes a cross between a blue whale and a fin whale, a cross between a common bottlenose dolphin and a long-beaked common dolphin, a cross between a southern right whale dolphin and a dusky dolphin. The researchers documented seven different hybrids in captivity and thirteen in the wild.

The authors of the 2016 paper also include the narluga on their list of hybrids, even though the DNA analysis hadn’t yet taken place. Still, the shape of the skull was convincing enough for scientists to know that the narluga is one of the weirdest whale hybrids ever found.