The 1960s Android Abandoned By NASA

When NASA ended the project, the Air Force attempted to connect him to a learning computer.

In May of 1961, President John F. Kennedy delivered a speech to the American people promising a successful Moon landing by the end of the decade. Neil Armstrong would eventually take the first steps on the lunar surface in 1969, but in the years between the two legions of engineers, scientists, and astronauts would develop the technology need for safe and effective space flight. A forgotten stepping stone in the rich history of space travel is an android built in 1965.

Named Project No. K6501, engineer Joe Slowik created a Power-Driven Articulating Dummy (PDAF). The robot was intended to be used in testing different spacesuits. While it was typical for astronauts to put on spacesuits and give verbal feedback as to whether they were comfortable or allowed for freedom of motion, designers wanted something more objective. They wanted measurements of resistance and stress, and they wanted to compensate for varying sizes.

K6501 was designed to cover 95% of all body sizes and shapes. His height was adjustable from 5-foot-five to 6 feet 2 inches tall. The bot was built on an aluminum skeleton with wires and hydraulic lines all throughout. Portions of the frame were covered in aluminum skin and a fiberglass astronaut head with red eyes. The dummy was highly advanced for its time. The miniaturized hydraulic valves in its joints allowed it a full range of motion. K6501 could shake hands and sway its hips like Elvis Presley.

Though the 230-pound robot was capable of holding light weights and grasping small objects and had no ability to balance itself upright. It had to be cabled upright for testing. The engineers achieved their goal of creating a human-sized robot with human-like movements, but unfortunately, there was a problem: he leaked. 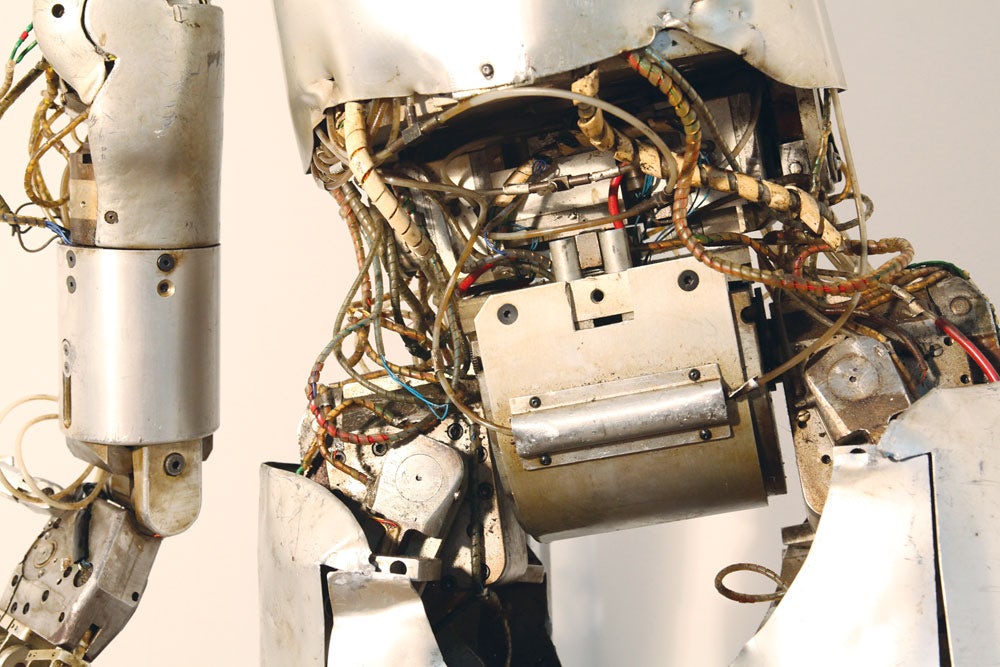 The tiny hydraulic servos required 10,000 pounds of fluid-force to articulate the skeleton, and materials technology at the time couldn’t keep up. The leaking fluid could ruin a one-of-a-kind spacesuit and cost the equivalent of $750,000 today, according to Slowik. They tried putting him in a scuba-suit, but by July of 1965, the project was disbanded.

Two K6501 robots were ultimately produced. One was taken in by the United States Air Force Bionics program, where they tried converting his joints to electric servos and planned to attach him to a learning computer. Despite years of work, the android project was scrapped. The experimental automaton now resides in the National Aeronautics and Space Museum.

The other bot had short tenures at Universities but eventually ended up for sale at auction. The “escaped” bot suffered some damage—losing an arm. For just $24,000 someone took home their very own sci-fi space experiment from the 1960s. K6501 may have just been a dummy, but today, NASA actually uses an android on the International Space Station.

Robonaut-2 is a highly dexterous android built for space missions. He has a multitude of cameras and processors. Though he can only lift 20 pounds on Earth, his strength is plenty for the microgravity of space. Originally just a torso, NASA was just mounting him in various places he was needed but has now fitted him with a pair of legs. Robonaut allows Mission Control to carry out simple, repetitive tasks without the need to rest or risk to human life. 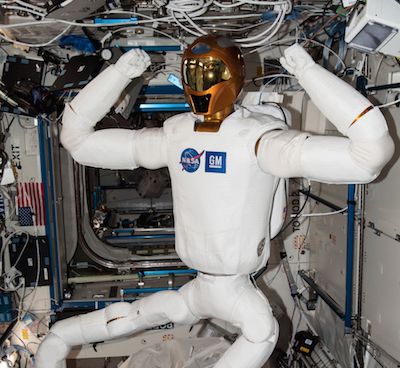 Previous post Up Close With A Vampire Killing Kit