The Nazis’ Attempt At Jurassic Park, Was It Possible?

One scientist was determined to bring back extinct species.

Ever since the novel came out in 1990, and the movie of the same name debuted three years later, humanity has been awed by the sheer power and destructive forces of the dinosaurs in Jurassic Park.

(If you don’t know the story, it centers on scientists and business people who team up to recreate dinosaurs by finding their DNA inside mosquitos who’ve been trapped for millions of years in amber. Because the strands of DNA are incomplete, the scientists replace the missing parts with frog DNA and start hatching baby dinos. Their goal? To make buckets of money by showing off the dinosaurs in a theme park. As you may guess, this results in chaos. And… scene.)

It was a brilliant idea, parts science fiction and science fact, with just enough plausibility that it could be believable. After hearing the story, many fans were left wondering: Could scientists really find old DNA and use it to create an animal that had been long dead?

Even more so, have scientists already tried something like this? The answers, crazy enough, are yes and no.

The problem, it seems, lies in the misplaced theory that DNA could survive all that time. Not so, say experts. DNA will only be readable for about 1.5 million years. Since dinosaurs lived 66 million years ago, it would not be possible to use any of their DNA. It’s as simple as that.

But say we did find some dino DNA lying around in amber somewhere. It’s true that the strands would not be complete, and there is no way to just add DNA from another organism. For one, we’d have no idea what to add or what was needed. Many animals are just too different and it wouldn’t work.

But that doesn’t mean no one has tried. The Nazis, for instance, made a mad attempt at bringing ancient creatures back from extinction.

According to historians, their crazy Nazi ambitions went something like this: they wanted to bring back long-dead animals like they had during their ancestors’ time, and let them live on large nature preserves. As the legend goes, ancient Germans would prove their manhood by going into the wilds alone to kill one of those beasts. The Nazis wanted that challenge, too.

Led by zoologist Lutz Heck, they traveled the world trying to recreate large, horned cattle called aurochs through selective breeding, and some claimed they were successful into the 1930s. Many countries, like Canada, actually donated animals to the effort. The Heck cattle, which had long horns, were naturally aggressive and could live on their own. They were eventually found all across Europe. 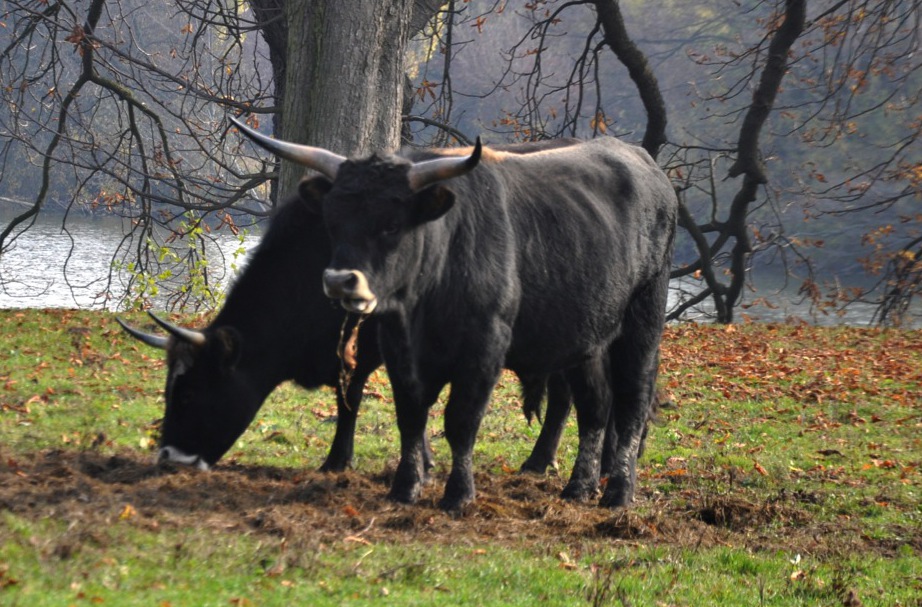 Heck would continue his experiments as the Nazis rose to power, creating breeds of wild horses similar to those of long ago. And by 1941, when the Nazis took over the Warsaw Zoo, Heck chose the animals he wanted to bring home to Germany. He enjoyed hunting and killing the others.

But his science was bunk. The idea of back breeding results in animals that may resemble others, but genetically, they are nothing like the real thing.

Most of the wild animals they created were eventually killed when the Allied Forces invaded Germany. In Berlin, animals wandered through the war-torn rubble, only to be killed by bombs or guns, then eaten by starving locals.

The surviving Heck animals now live in zoos, and Heck himself lived until the 1980s. Many were horrified to learn how the Nazi described the hunting of the American bison, which he shared in his autobiography in 1952:

“One of the most shocking chapters in the history of our day is that concerned with the almost complete destruction…of a whole great species, full of vitality, simply through human folly and greed, ambition and blind destructiveness,” he wrote.

Once again, he was talking about the American bison.

It’s not exactly Jurassic Park. But it’s not that far off, either.