Archaeologists recently uncovered an immaculately preserved slave chamber in a Roman villa, a true window into the ancient world. 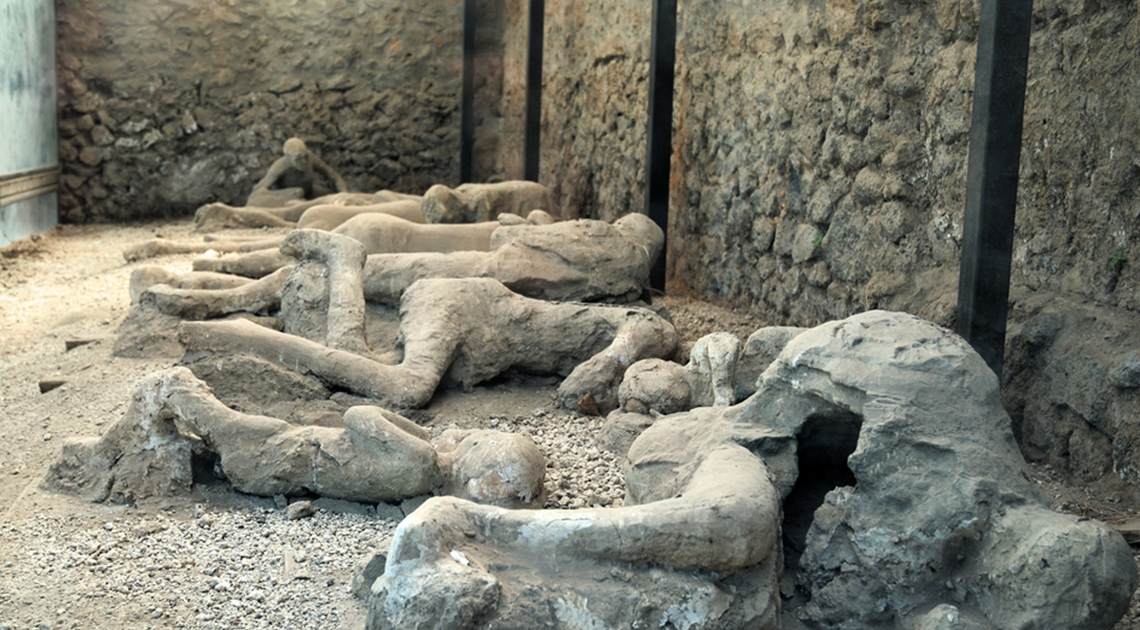 Archaeologists recently uncovered an immaculately preserved slave chamber in a Roman villa, a true window into the ancient world. The room still contains the home furnishings that its former occupants once used. Besides these artifacts, a chariot shaft lay on one of the beds, suggesting the slaves used their chamber as a workspace.

In A.D. 79, Mount Vesuvius’s explosion brought life to a permanent standstill, destroying the cities of Pompeii and Herculaneum. Ironically, the same volcanic event that ended these cities also deposited thick layers of ash, leading to the unmatched preservation of places like the slave room. Here’s what you need to know about the secrets the chamber has divulged about everyday life in Rome.

A Time Capsule from Ancient Rome

The 52-square-foot slave chamber contained a chamber pot, three beds, a wooden chest filled with horse harnesses, and the shaft of a chariot one of the slaves appears to have been mending. The beds included a shorter one for a child, and one small window delivered light into the room. Archaeologists believe a small family may have lived there. The room also served storage purposes, as evidenced by amphorae jars stuffed into one corner.

WATCH: A ‘slave’ room uncovered by archeologists near Pompeii measures 16 square-meters, with a small window high up. It also served as a storage space. Under Roman law slaves were considered property and had no legal personhood https://t.co/wdVH2b6AoV pic.twitter.com/I4Dnn35gjz

The excavation’s director, Gabriel Zuchtriegel, argues, “It is certainly one of the most exciting discoveries during my life as an archaeologist, even without the presence of great ‘treasures’ — the true treasure here is the human experience, in this case of the most vulnerable members of ancient society, to which this room is a unique testimony.” Zuchtriegel also notes the cramped and precarious living space that resembled “something between a dormitory and a storage room.”

First excavated in 2017, the Civita Giuliana villa has yielded many other incredible discoveries, too. These include a stable with three horses buried in ash and a ceremonial chariot. Scientists successfully made a plaster cast of one of the equine’s ash molds. In an underground room located beneath the villa, researchers also found the remains of two men: a master and a slave. They used these human forms, created by ash, to make eerie plaster casts of the men’s final poses.

Discoveries continue to be made at Civita Giuliana, in the suburban villa to the north of #Pompeii which has been studied since 2017, and from which – in the servant’s quarters – have already emerged a ceremonial chariot and stable containing the remains of 3 equines. pic.twitter.com/DxgbYQL6ZD

Despite these exciting discoveries, the Civita Giuliana has attracted looters for years, drawn by the allure of robbing the Roman city turned mass gravesite. Tunnels dug in the villa for these nefarious activities have resulted in more than $2 million in damages and a loss of heritage at the site. Nevertheless, stratigraphic excavation of the villa has still contributed significantly to our understanding of what daily life was like in Rome. And there’s hope that renewed public awareness about the incredible treasures of Pompeii could lead to better protection of the site and the stories it has yet to tell us.

Next post Toyota Takes On Tiny Town With Mini Mirai