Cage’s acting style has been described by many as “operatic.” He is well known for his emotionally theatrical style, which he dubs “Noveau Shamanic.”

As interesting as his acting career is, his personal life is equally enigmatic. His celebrity success has allowed him to buy private islands, dinosaur fossils, English and German castles, shrunken heads, albino cobras, exotic artworks, a supposedly haunted mansion, and a very strange mausoleum in New Orleans. 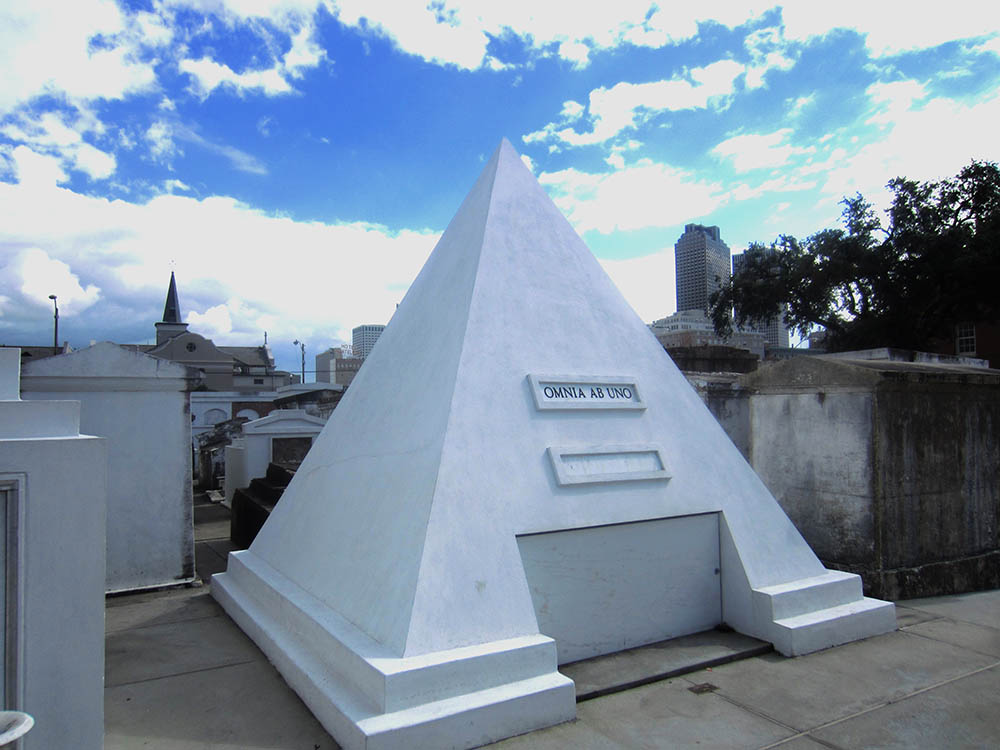 In New Orleans’ oldest cemetery, the famous St. Louis No. 1, amongst crumbling century-old graves stands a modern pyramid. It’s the future tomb of Nicolas Cage. The white pyramid stands nine feet tall and is inscribed with the words “omnia ab uno,” meaning “Everything from One.”

The tomb puzzles everyone, even people who give tours of the graveyard for a living. Since its installation, the tomb has even become the subject of tourists’ attention, with women leaving red lipstick marks on its white surface.

The pyramid sits among figures throughout New Orleans’ history, including its first mayor, Étienne de Boré, and the famed queen of Voodoo, Marie Laveau. Laveau has had an immense impact on the culture of New Orleans, and her influence is still apparent to this day. Not only does a Voodoo shop bearing her name still stand in the city, her grave is often visited by people who leave an “x” on her tomb, believing she will protect them with good luck. 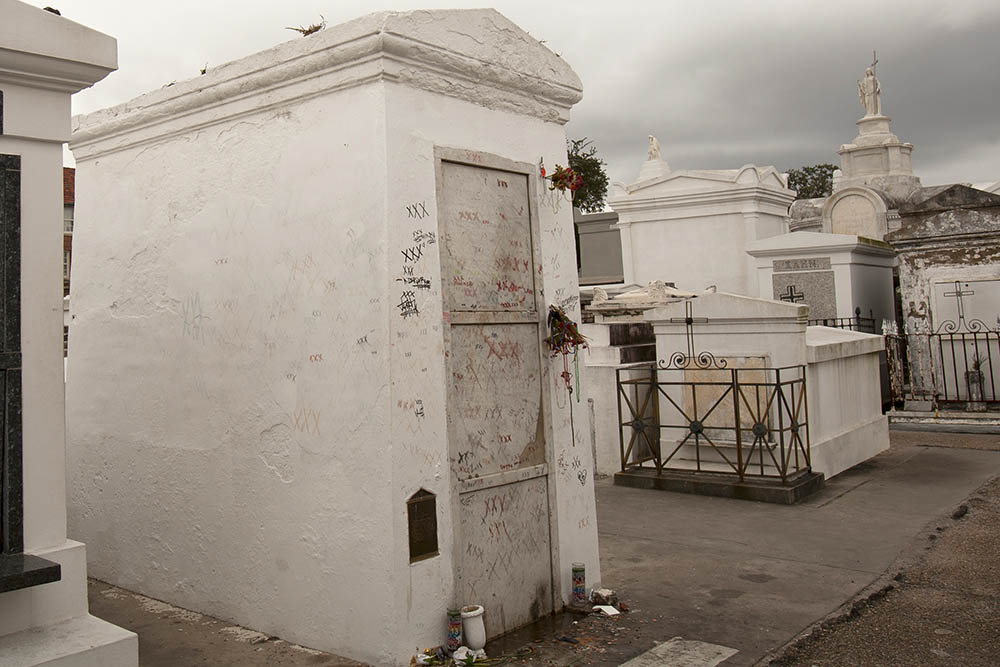 The tomb of Marie Laveau.

Some people think Marie Laveau may be the reason Nic Cage chose St. Louis No. 1 as his final resting place. In the midst of his windfall of cash in the late 2000’s, he was buying all kinds of strange things. He outbid  Leonardo DiCaprio for a $276,000 dinosaur skull and bought New Orleans’ infamous LaLaurie mansion.

Cage bought the mansion in 2007, and must have been aware of its sinister legacy. The mansion was home to the Creole socialite Madame LaLaurie. A massive estate on the French Quarter, LaLaurie had a full detail of black slaves whom she tortured. Authorities had heard rumors about her cruelty for years, including a rumor that she had chained her cook to the stove.

When a fire broke out in the mansion, people tried to get inside to save the group of slaves within, but LaLaurie refused to give them the keys as her house became engulfed in flames. Eventually, a mob broke the door down and found her cook chained to the stove. The chef had intended to commit suicide but was rescued along with others who had been brutally whipped and beaten, forced to wear spiked collars and mutilated.

Cage only owned the mansion for three years, but the superstitious in New Orleans think the actor carefully chose his final resting place next to the queen of Voodoo so she would protect him from the vengeful spirits of the house. 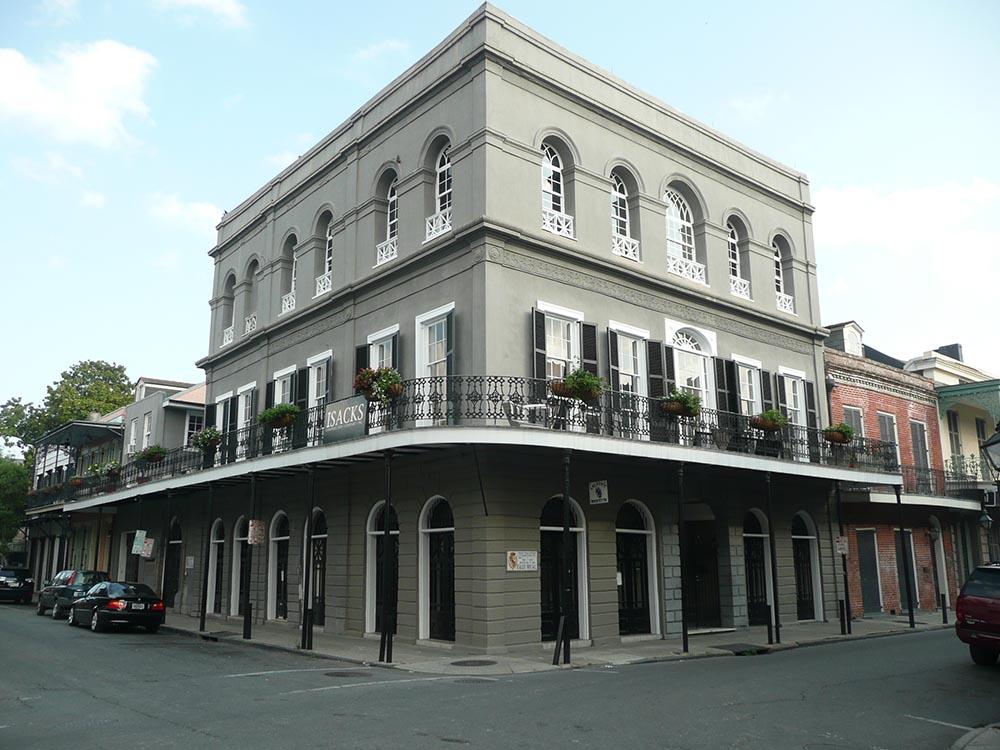 Despite the possibility that Cage chose his grave based on Voodoo superstition, none are sure if Cage is the superstitious type. Despite claiming that he bases his acting on the ancient art of shamanic ritual, Cage has refused to speak of anything he believes spiritually in interviews. While there’s a lot of stories to tell if Cage did buy his tomb to protect himself from eternal haunting, other people think he’s an Illuminati enthusiast, explaining the neo-Egyptian architecture.

Perhaps there’s no reason Cage bought the tomb, other than he thinks it’s cool. Either way, it remains as inexplicable as the rumored tattoo on his back of a lizard wearing a top-hat.

Next post Or Not: Drinking Alcohol Will Warm You up on a Cold Night