In celebration of Nickelodeon favorites' pearl anniversaries, we're sharing some strange and shocking facts behind the sketches of three classic Nicktoons. 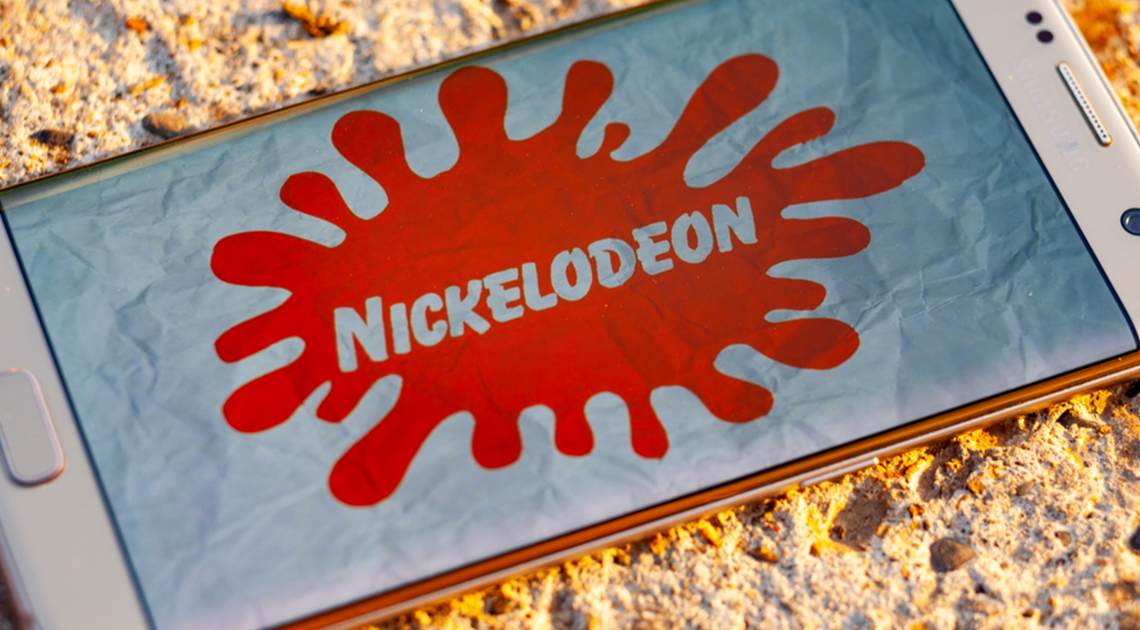 Nothing hits a 90s kid right in the nostalgia like a good Nickelodeon throwback. And, honestly, is there anything more quintessentially 90s than spending a sick day binge-watching your favorite Nickelodeon shows?

Before there were streaming services, DVRs, DVDs, or even Disney Channel as a basic cable offering, Nickelodeon ruled the kids’ television roost. Often referred to as the network’s heyday, Nickelodeon’s groundbreaking 1990s programming gave kids the chance to tune into shows created just for them. In a time when cartoons typically served as a marketing tool for toys that already existed, Nickelodeon broke the mold with original programming focusing on what it feels like to be a kid.

While we could wax poetic about the live-action shows of Nickelodeon’s past, nothing is more iconic than a Nicktoon. From Hey Arnold! to Angry Beavers and Aaahh!!! Real Monsters, these uniquely weird cartoons defined a generation of wild and crazy kids.

Of course, none of these classic Nicktoons would have existed if it hadn’t been for the success of the original three—the holy toon trinity, if you will: The Ren & Stimpy Show, Doug, and Rugrats, which all premiered August 11, 1991. Yep, 30 years ago!

In celebration of these Pearl anniversaries, we’re sharing some strange and shocking facts behind the sketches of your favorite Nicktoons.

Who Runs the Shows? Girls!

When you think about female powerhouses that came out of Nickelodeon, Charlotte Pickles may come to mind. But, Angelica’s girl boss mom wouldn’t have even existed without a host of strong women literally running the show at Nickelodeon’s network headquarters.

Geraldine Laybourne was president of Nickelodeon from 1984–96 and is largely responsible for turning the lowest-rated cable network into the top dog. Laybourne certainly greenlit many of the shows we know and love, but there was one original Nicktoon in particular, she definitely did not believe was a good fit for children’s programming—The Ren and Stimpy Show.

Considering The Ren & Stimpy Show’s adult themes and lewd metaphors, it shouldn’t be too surprising that Laybourne felt the show was better suited for Nickelodeon’s then-struggling sister network, MTV.

The creative differences between Ren & Stimpy’s creator, John Kricfalusi, and the network came to a head during the second season, resulting in Kricfalusi’s dismissal.

At the very least, the show typically aired at odd hours where younger kids were unlikely to see the often physically abusive or sexual content and went on for five seasons before being canceled.

Looking back at early Nicktoons, there are noticeable similarities between the children-focused programs and more adult programming like The Simpsons—and for a good reason! The husband and wife duo of Arlene Klasky and Gábor Csupó was responsible for early renderings of Bart, Marge, Lisa, Homer, and the rest of the gang. They even gave the family their signature yellow skin tone! Their stint at The Simpsons didn’t last too long, as they were fired for creative differences and moved over to Nickelodeon to create Rugrats.

Nicktoons’ connections to The Simpsons didn’t end with Klasky Csupó, however. Hey, Arnold! was created by Craig Bartlett, the husband of Lisa Bartlett. Lisa Bartlett is the sister of Matt Groening, A.K.A. the creator of The Simpsons. Lisa was a huge part of her husband’s Hey, Arnold! success and can be credited for Helga Pataki’s secret obsession with Arnold in the show—secret closet shrine and all!

But Lisa’s brother, Matt Groening didn’t mince words when talking about the new toons on the block, praising The Ren and Stimpy Show as “the funniest cartoon on T.V.” and the “only good cartoon” besides his own.

Though Klasky and Csupó eventually divorced, it’s lucky for millennials that they ended things amicably and continued to work together. The pair’s animation studio, Klasky-Csupó, is responsible for a ton of iconic Nicktoons such as As Told By Ginger, The Wild Thornberrys, Rocket Power, and Aaahh!!! Real Monsters!

Klasky and Csupó probably didn’t dwell too much on their former boss’s opinions since they had their own hit on their hands! Over its nine-season run, Rugrats became a cultural phenomenon. The characters even have a star on the Hollywood Walk of Fame!

The concept behind the show was simple. Klasky was on maternity leave when she had the passing thought, “What if babies could talk?” So, naturally, she started doodling, and out came the weird-looking Rugrats we all know and love.

Embed from Getty Images
At its core, Rugrats was a show about friendship, with each personality serving a purpose. Chuckie was anxious, Phil and Lil were the peanut gallery with a spot-on sibling dynamic, Angelica was a rarely-shown female bully, and Tommy was their fearless leader.

Screwdriver in diaper, Tommy Pickles was ready to take on the world! Being the bravest baby out there didn’t come easy, though, as creators revealed he gained his courage from fighting for his life in an incubator after he was born prematurely.

Anti-Defamation League Was Not A Fan

Though Rugrats was often lauded for its portrayal of a Jewish family in America, the Anti-Defamation League took issue with two of the show’s characters—Boris and Minka, Didi’s immigrant parents.

Tommy’s grandparents rarely came to town during the show’s tenure, with their most iconic features revolving around Passover and Hanukkah. That being said, they were shown even less frequently after the Anti-Defamation League sued Nickelodeon for featuring offensive Jewish stereotypes with the characters in 1998.

The League specifically felt that the cartoon’s corresponding newspaper comic depicted Boris as a caricature of a Jewish person, with a big nose and large ears that resembled depictions used in Nazi Propaganda.

From the Playpen to the Big Screen

Even in the midst of the lawsuit, Rugrats continued to thrive and became the first Nicktoon to grace the big screen. The Rugrats Movie opened in theaters in 1998, making over $140 million worldwide. It also introduced the little brother you love or hate: Dill Pickles.

The venture proved that Nickelodeon could contend with Disney’s animation studios in the motion picture sector and even got Rugrats two sequels! The combined box office pull for the trilogy made Rugrats the 25th highest-grossing animated film series ever.

While other Nicktoons were turned into movies, it’s worth noting that Doug’s 1st Movie was created after the cartoon was sold to Disney—you know, when Patti cut her hair and Doug got longer sleeves.

That brings us to the town of Bluffington, where Doug Funnie is just an average kid trying to fit in and get his crush to notice him.

Created by Jim Jinkins, Doug seemed like the less-weird toon in the original Nicktoon lineup. That is until he starts imagining himself as a bird-themed superhero.

It’s hard to imagine Doug with any other name, but Jinkins originally named the character Brian. It was changed because Brian sounded “too fancy” for a kid who was supposed to be average.

Doug was filled with colorful characters with personalities to match. From Skeeter’s blue hue to Roger’s slime green skin tone, the rainbow coloring of the characters represented an ambiguous racial makeup created by Jinkins as a way to break through Nickelodeon’s “whiteness.”

According to former Nick staff members, the network execs were fully aware of their lack of diversity in programming at the time, intentionally keeping it that way because it suited their finances.

Fortunately, Jinkins’ plan worked out, and Nickelodeon made great strides in diversity a few years later with the cast of All That.

In a more entertaining financial commentary, Doug’s tech-happy neighbors, the Dinks, were named for the phrase “Double Income, No Kids.”

These three Nicktoons are often referred to as the backbone of Nickelodeon’s brand, but they can also be credited with reinvigorating an entire genre. While they weren’t the first cartoons on the network, these original programs changed the game for Nickelodeon and other channels alike. Creative, comical, and downright weird, The Ren & Stimpy Show, Rugrats, and Doug inspired an entire generation to think out of the box, permitting kids to be exactly who they were. To that, we say, “Cheers to 30 years!”

Next post The Humble Beginnings Of Luke Skywalker's Lightsaber

Previous post Who In The World Is Carmen Sandiego?