Ninja of Serpents Stuffs Tarantula and Cobra in His Mouth

Meet the Ninja of Serpents

Arteval Duarte calls himself the Ninja of Serpents, and he has stuffed all kinds of venomous critters in his mouth: cobras, spiders, centipedes, scorpions, and frogs.

He does this to raise awareness for preservation efforts in the Amazon rain forest, where many animals face extinction at the hands of deforestation.

In a feat that most people here at Ripley’s couldn’t bear to watch, he wraps up the tarantula with the snake, making a poison sandwich before placing the writhing pair in his mouth. 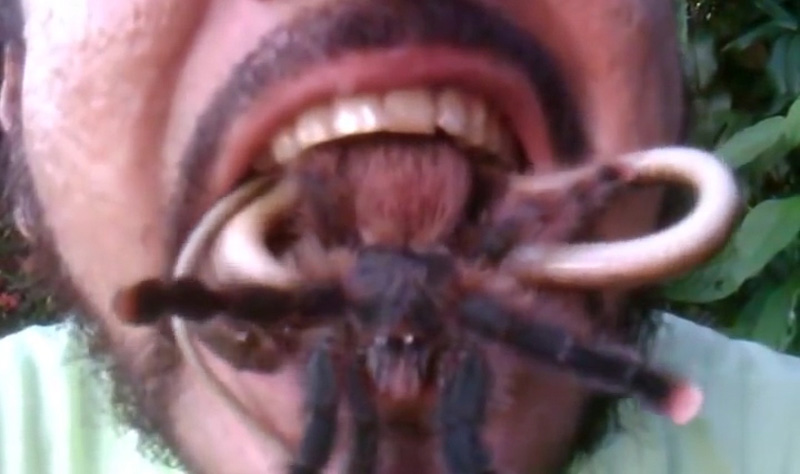 As if risking his life shoving some of the most venomous animals in the world in his mouth wasn’t dangerous enough, Duarte also injects himself with cobra venom.

He’s been practicing for 23 years and has slowly built up a tolerance to deadly poison.

The venom he takes is toxic enough to require limb amputation and can even cause death. When he started, he says the poison would make him look close to death in 6-8 hours.

“Now I can take the poison without going to the hospital.” –Arteval Duarte