Oath Skull From The Secret Courts Of Westphalia

The accused would swear on holy relics like this human skull.

The Vehmic Courts of Westphalia—a region in Northwest Germany—have a dark and secretive past. Often referred to as the “Forbidden Courts” for their secrecy, these bodies of semi-vigilante judges had the power to dole out executions.

While regional nobles and local lords vied for power throughout Germany, the Vehmic courts alone continued to derive their power solely from the Holy Roman Emperors through the middle ages and into the 19th century.

If someone was to be summoned to court, a note was nailed to their door, or to a local tree or landmark. Once the accused arrived, they were made to swear on a holy relic—often a skull like the one shown here. Inscribed on these artifacts were engravings of mystical letters. The first pair of “S”’s stood for Stein and Strick—meaning Stone and Rope. “G+G” stood for Gras and Grein—grass and grief. Seemingly optional—evidenced by other skulls from the time period—an additional “S+S” could represent Sacrificium Sanctum—sacred sacrifice. 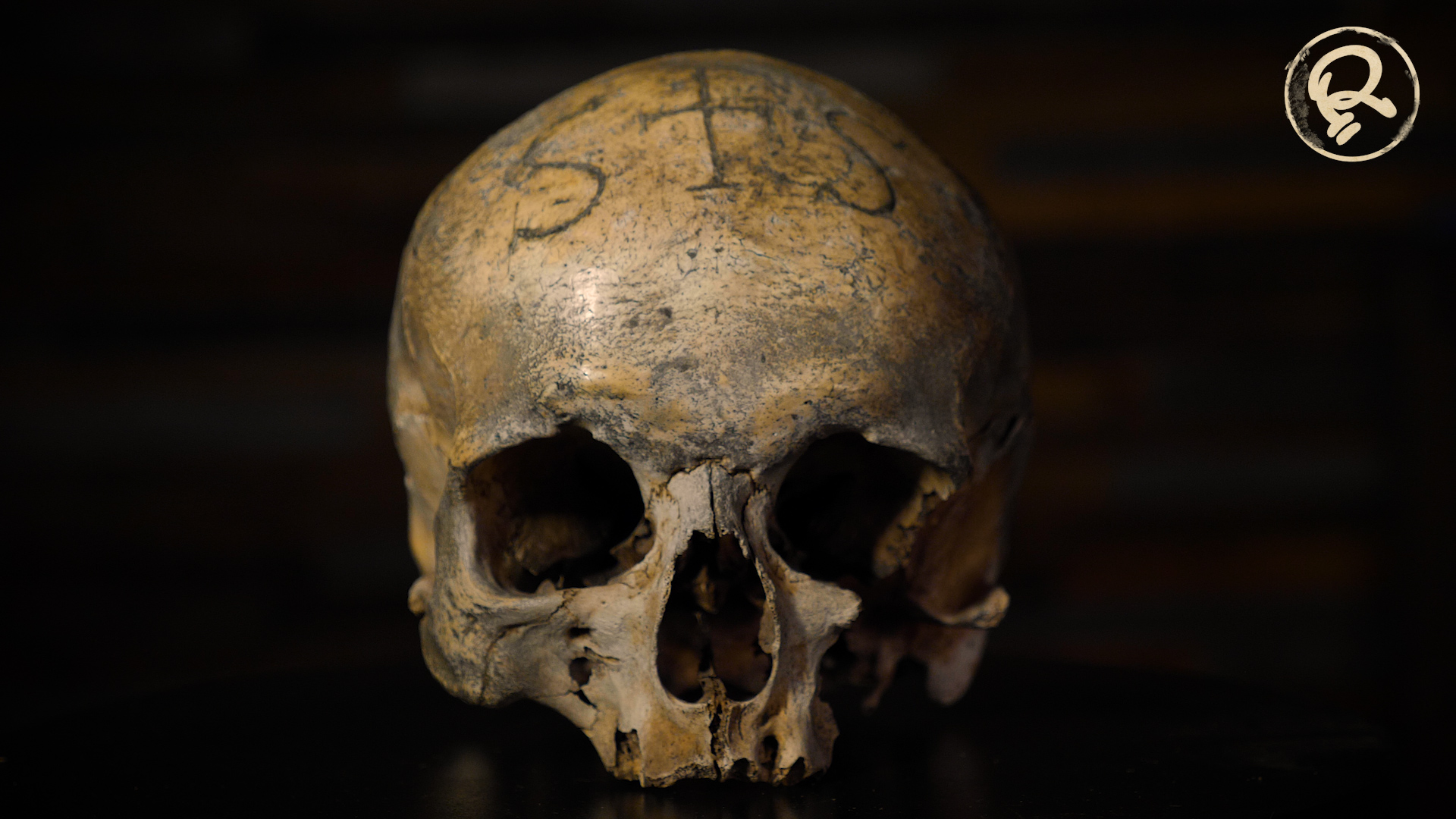 While the court of free judges decided the fate of the person before them, they were not required to have any transparency. Their many rituals and etiquettes were formulated by the secret societies that the judges belonged to, and anyone who meddled in their affairs could be executed on the spot.

If they issued a guilty verdict, it often meant execution. Lynching was the most popular form of capital punishment. After the hanging, the deceased’s body was hung from a local tree and often stuck with a ceremonial dagger inscribed with “magic” runes. The body was used to serve as a warning, and the dagger to indicate it was the court’s handiwork.

Since the dealings of the court were kept such closely guarded secrets and steeped in seemingly arbitrary rites of initiation and ceremony, they became hotbeds for corruption. Today Vehmic courts are used to describe something’s likeness to mob rule or lynching in Germany. It was Napoleon Bonaparte’s brother, Jerome Bonaparte who officially disbanded the courts during his short reign as King of Westphalia in 1811.

Next post Honoring America's Heroes: A Car Covered In History