As the United States became quagmired in its conflict with the Viet Cong in the late 1960s, one military operation looked at a way to use the literal morass against the enemy. Using weather control technology, the United States Air Force engaged in the only known militarization of meteorology in what would become known as Operation Popeye.

The project spanned five years and cost taxpayers an estimated 15 million dollars. Despite multiple hearings in Congress, military commanders and even President Nixon himself denied it existed at all.

The plan used cloud seeding technology, a technique commonly used today to disperse fog and induce rainfall in dry climates. By dispersing chemicals like silver and lead iodide or even just dry ice into clouds, causing condensations and vertical rotation. 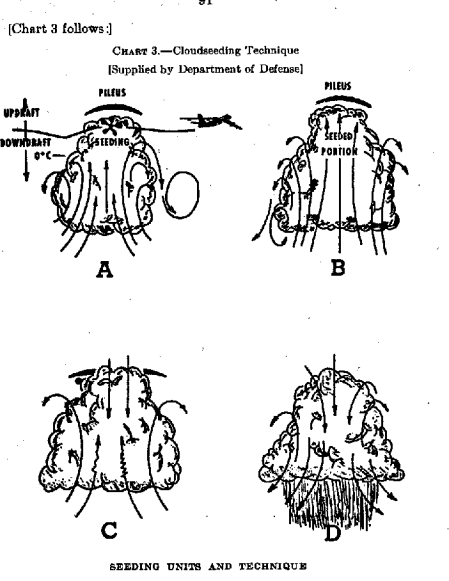 According to Colonel Ed Soyster, his team had been given four objectives by the Department of Defense for his Seasia Rainmaking program. Their goal was to soften roads, cause mudslides, wash out river crossings, and extend soggy conditions. Vietnam experiences monsoon seasons every year, and much of the country’s population was accustomed to dealing with frequent rain, but American forces hoped that they could extend the rains, tipping the scales of the conflict.

Planes initially flew a small tract over the Ho Chi Minh trail from Cambodia to Laos, but their flight path was successively lengthened as the project continued. From 1967 to 1972 a total of 2,602 flights were made and 47,409 units of cloud seed cartridges were expended. 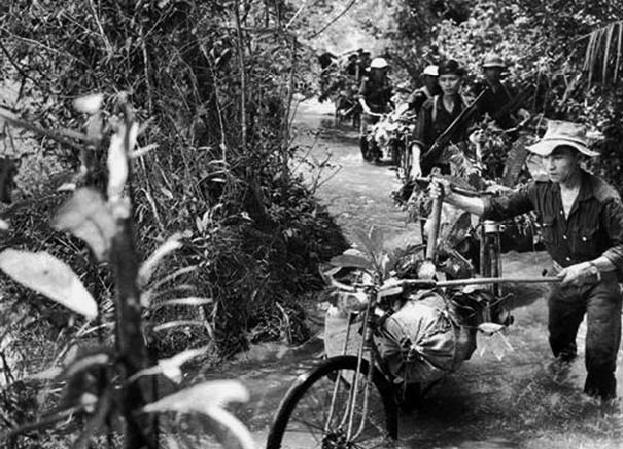 A report on the program presented after Congress found out about it doubted the effectiveness of the program and admitted its results would remain unverifiable. Nevertheless, some historians have argued that an additional 35 inches of rain over the course of the war could be attributed to the operation.

As word got out, concerns over whether this procedure had deprived neighboring countries like Thailand of rainfall raised many questions about the ethics of environmental warfare. In 1977, the United Nations held a summit on weather warfare and enacted a resolution that prohibited any country from maliciously altering the weather.

Today, cloud seeding is mostly used to manage precipitation for water usage. The United Arab Emirates closely monitors it rainfall and groundwater levels, deploying cloud seed operations that can enhance rainfall by a reported 35%. During the 2008 Olympic Games in China, government officials deployed cloud seeds to induce snowfall after a short drought, causing the earliest snowfall in the region in over two decades.

Previous post Opium Pipe And Scales, Relics Of A Blight In China