Or Not: Chameleons Change Their Color to Match their Surroundings

A chameleon will change its color if it's angry! 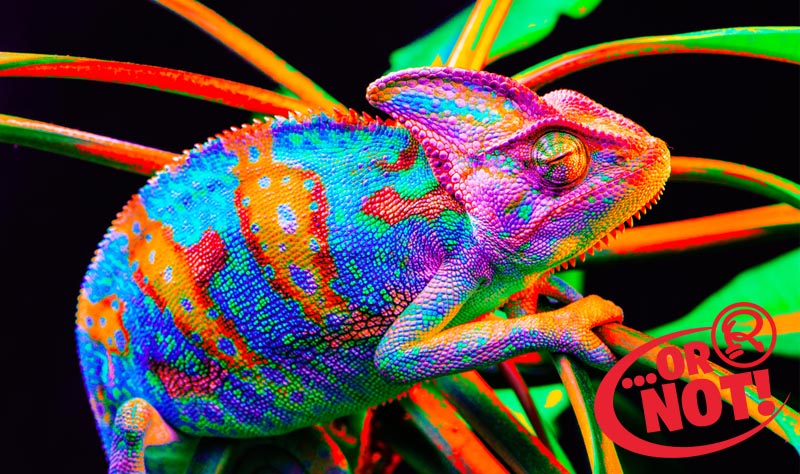 If you’ve been infatuated with the way chameleons seemingly change their color to match their environment, you may be disappointed to learn chameleons don’t change color to blend into their surrounding at all.

Despite popular perceptions that chameleons are the ultimate hide and seek players, they actually change their color to stand out and warn other chameleons of danger.

Even more disappointing, many species can’t even change anything other than different shades of gray, green, and brown. The layers of color changing skin a chameleon have react to temperature, mood, and stress. When you see video footage of a chameleon quickly changing to a vivid color, it is likely due to fear of an encroaching camera. 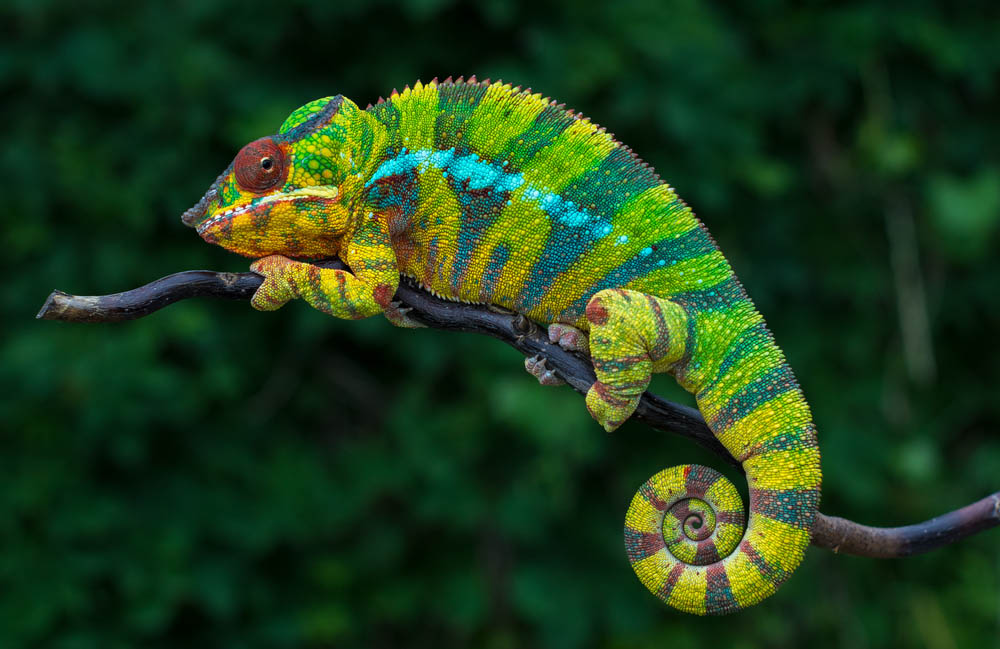 Believe it or not, their color changing independence from their surroundings is further supported by the ability of blind chameleons to change color just like ordinary ones. Chameleons in captivity sometimes lose their vision due to vitamin deficiencies or other problems but remain entirely capable of changing color.

Chameleons by nature prefer to live in isolation. A new brood of chameleon babies can become violently territorial. The dull-colored chameleons only really use their color-changing abilities to soak up more sun when it’s cold or take on lighter shades to beat the heat. 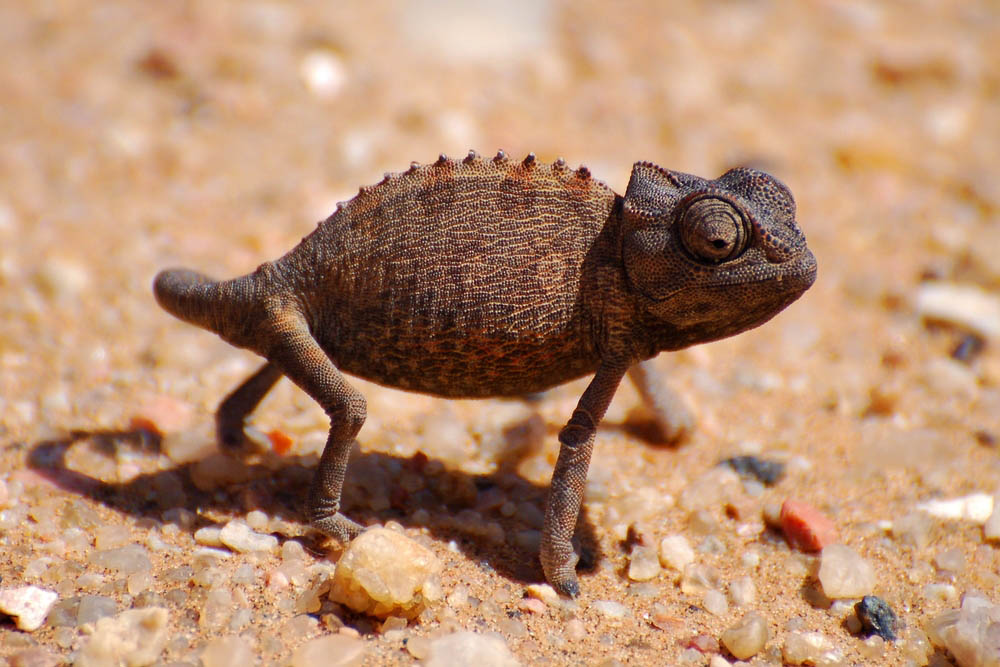 Colorful chameleons use their colors to communicate, either to intimidate other males or warn of danger. Females meanwhile will sometimes exhibit special colors when they are pregnant, signaling to males they have no interest in mating.

Their color-changing abilities may be overrated, but chameleons still have some incredibly interesting characteristics. Their eyes, for example, are capable of looking two different directions at once, and can even see into the ultra-violet spectrum of light. This allows them to see color gradations in foliage better and hunt insects more effectively. Their tongues also help. A chameleon’s tongue can stretch one and a half times their body length, and pull insects into their gaping mouth in just a tenth of a second!

Previous post Corporal Wojtek: the Bear who Fought in WWII