Everything Wrong With The Killer Whale’s Name

Orcas may be popularly known as “killer whales,” but their oft-used moniker is neither scientifically accurate nor worthy of inspiring fear in humankind. Being the largest member of the dolphin family, they are not even whales. Though many cultures have long described them as “killers,” they prey on a variety of marine mammals and birds, not people.

Orcas earned their killer whale designation many years ago after sailors saw them attacking and eating large cetaceans, such as porpoises and whales. Orcas also like to munch on penguins, seals, sea lions, birds, squid and fish. In Spanish, they’re called ballena asesina, which means “assassin whale.” The Haida people in Canada refer to an orca as a skana or “killer demon,” while the tribesmen of the Aleutian Islands use the term polossatick or “feared one” to describe them.

The orcas’ killer reputation is also due to their occasional propensity to hunt in packs to kill whales. This has earned them another moniker: wolves of the sea. Their scientific name is Orcinus orca. Orcinus means “of the kingdom of the dead” or “belonging to Orcus”. The mythological Roman god Orcus ruled the netherworld and was the punisher of broken oaths.

Over the years these types of associations boosted the murderous characterization of the marine mammals, and that’s before Hollywood got involved.

After the success of 1975’s Jaws, producer Dino De Laurentiis wanted to release his own blockbuster hit. The 1977 film Orca starred Bo Derek and Richard Harris. It centered on a fisherman who wanted to catch an orca and sell it to a marine park for a hefty profit. After the fisherman killed an orca’s mate, the mammal carried out a revenge plot and left behind a path of destruction. Many people died, and model/actress Derek famously lost her leg in what was her first big-screen credit.

Despite their notoriety, orcas don’t include human beings in their diet. In the wild, they avoid areas where people tend to swim.  There have, however, been incidents of orcas in captivity attacking humans. Experts believe boredom, stress, and confined swimming spaces have been contributing factors to these tragic assaults. 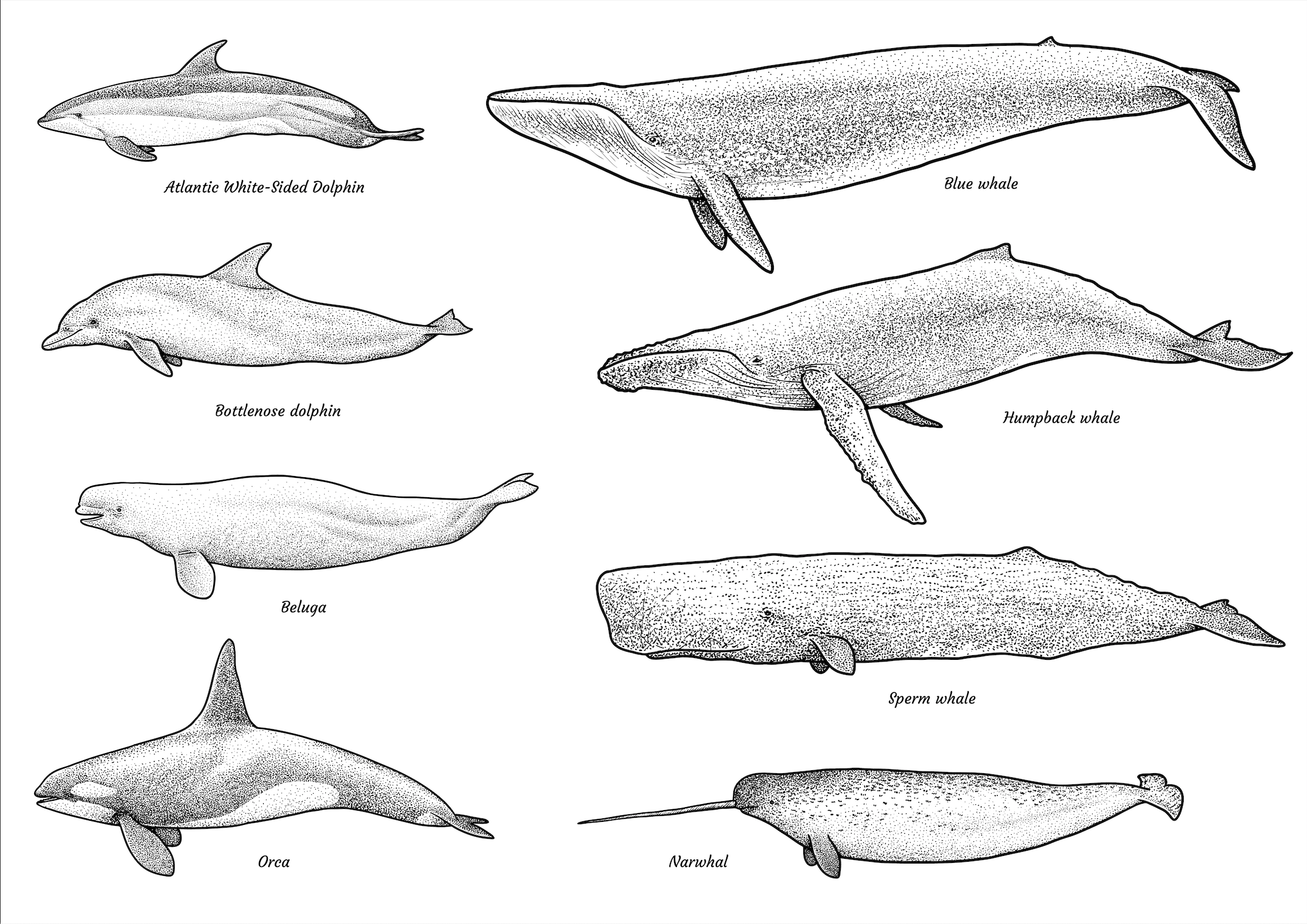 Together, whales, orcas, dolphins, and porpoises are collectively referred to as cetaceans. But what sets them apart?

Baleen whales use baleen plates to filter their food, such as plankton and krill. Conversely, orcas, dolphins, and porpoises (also called toothed whales) have teeth and eat larger types of food, which is typically other marine animals.

A single orca tooth can be as large as four inches long. Their teeth are conical and interlocking and do not regenerate if they’re lost. Orcas can have between 40 and 56 teeth in their mouths (humans have 32). They use their teeth to catch and tear their food; they don’t chew it.

Baleen whales tend to be larger and slower than toothed whales. In addition, baleen whales have two blowholes instead of just one. Meanwhile, members of the dolphin family typically have dorsal fins.

Orcas also distinguish themselves with their unique black-and-white coloring. They are approximately four times bigger than the smallest type of dolphin and can grow as big as 32 feet long with a weight of 6 tons.

Orcas are intelligent, strong predators that hunt using echolocation in pods containing as many as 40 killer whales. They collaborate when they hunt in a manner similar to that of wolves. Their habitat is vast, from the polar regions to the equator. 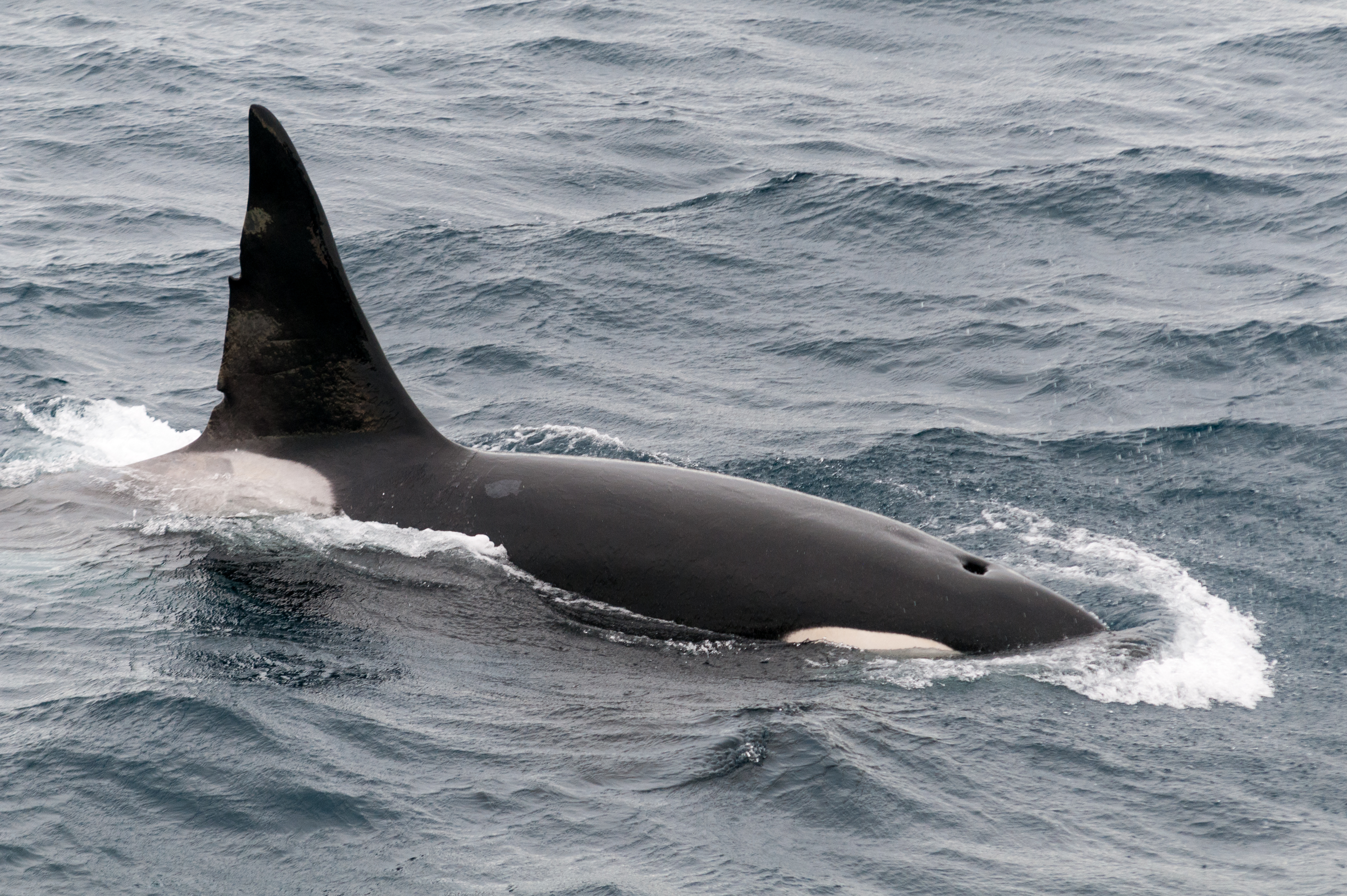 Next post Boy Has 526 Teeth Removed In Five-Hour Surgery