Or Not: Ostriches Bury Their Heads in Sand

Ostriches can kick lions to death. 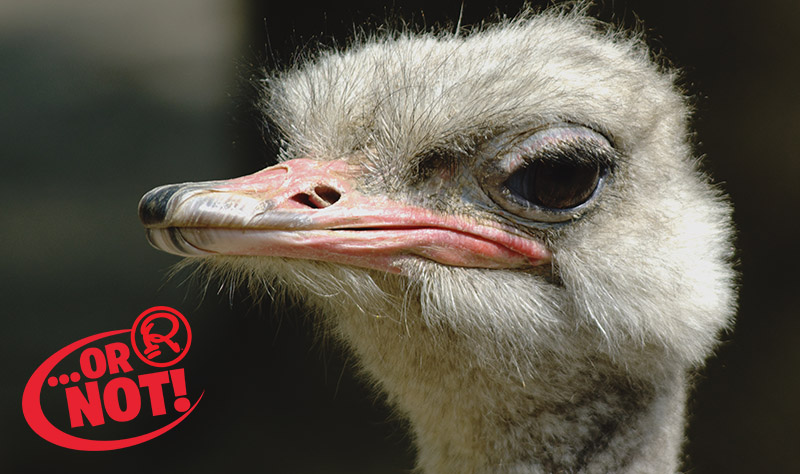 Ostriches, Get Your Heads Out of the Sand!

If you’ve ever been told to get your head out of the sand, you were being compared to an ostrich. Ostriches are alleged to hide their tiny bird heads in the ground when approached by predators. The logic being that the bird-brained behemoth thinks that if it can’t see the predator, then the predator can’t see it either. 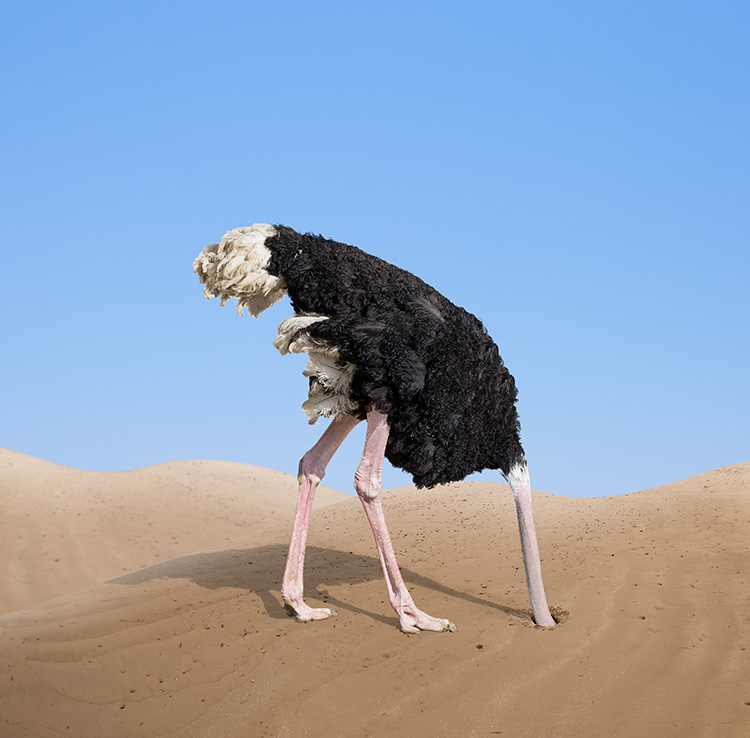 At over 300 pounds, ostriches outweigh most people and lay eggs that weigh the equivalent of 24 chicken eggs!

An adult can sprint 43 miles per hour, covering 16 feet in a single stride. Even when a chick is just one month old, they can already run 35 miles per hour! Believe it or not, these strong legs have even been observed kicking lions to death!

So, if we know ostriches can outrun just about any predator—and defend themselves from the King of the Jungle if they had to—why has this rumor of hiding their heads in the sand perpetuated?

Many zoologists think the rumor may be the product of optical illusion. Ostriches lay their eggs in nests dug into the ground and rotate their eggs many times a day. At a distance, the large ostrich’s small head is difficult to see and, as it reaches its head into their nest, it may look as though the bird is burying its head in the sand.

An alternate behavior has also been described by the San Diego Zoo. When an ostrich has nowhere to run, it may drop itself low to the ground, stretching its neck out. Their light-colored neck blends in with the sand, possibly making it look as though they’ve buried themselves underground. 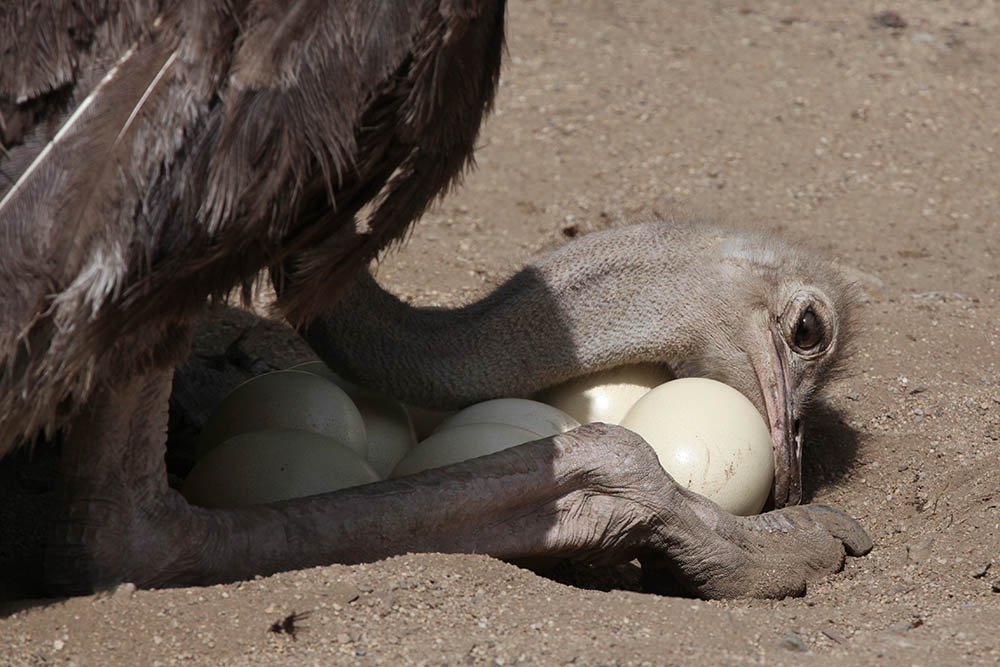 Next post Louis Tussaud’s Nightmare at the Wax Museum