Salem Never Burned Any Witches At The Stake

Burning was reserved by English law for a different crime. 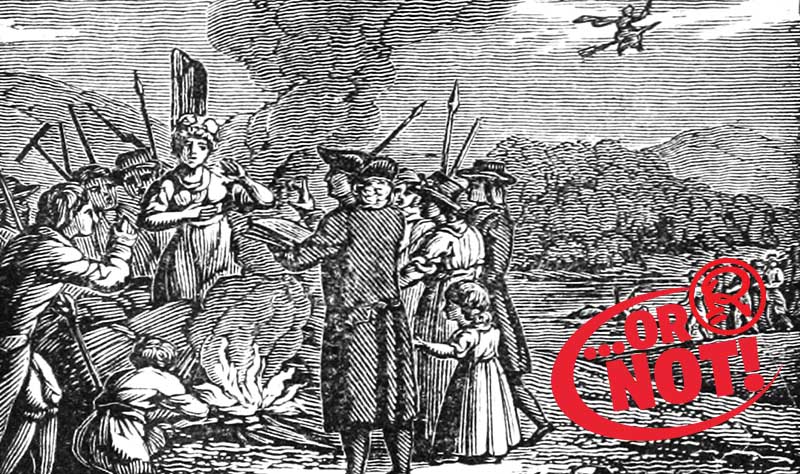 Today: No witches were burned in Salem.

The Salem Witch Trials are perhaps the most infamous series of literal witch hunts in history, but did Puritans really tie these suspected supernaturals to stakes and light them ablaze?

Burning witches is almost as synonymous with New England as lobster, but the iconic image of a poor woman being burned to death at the stake by the hands of Puritans in America is completely false. Not a single witch was burned during the Salem Witch Trials. With the exception of one witch, they were all hanged by the neck until dead or died while in prison.

The witch hunt began after three girls—Betty Parris, Abigail Williams, and Ann Putnam—began experiencing “fits.” Writhing on the ground and speaking non-sense, Betty’s father, a reverend, along with doctors claimed the girls were bewitched.

The girls were interrogated to find out who could possibly have bewitched them, and they pointed their fingers at the family’s black slave from Barbados—named Tituba—along with two elderly women.

Under pain of torture, the accused pointed their fingers at others, as well. Tituba is recorded to have said that the devil approached her directly. The village put together a special court to investigate the witches, and before the end of the year, had hung 19 people and put over a hundred in jail. 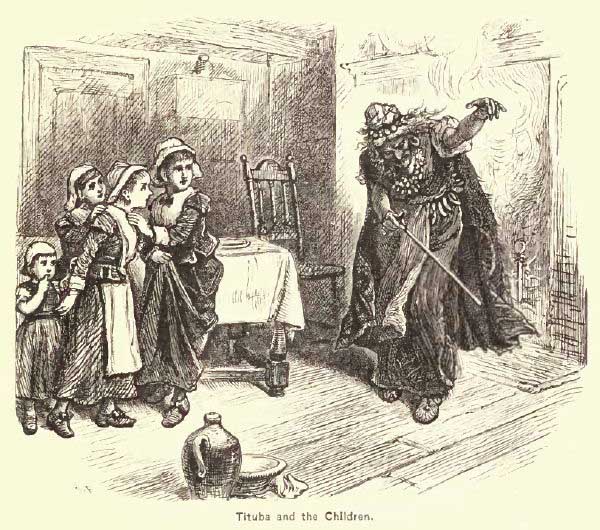 A later depiction of Tituba.

While this hunt may seem to be a frantic bout of sensationalism, there are some reasons to believe it was the malicious plans of Thomas Putnam and Samuel Parris. Both were merchants, but Parris was also the village’s reverend. The way these trials worked, a convicted witch had their property confiscated and given to the church.

Remember the one witch we mentioned who wasn’t hanged?

Giles Corey was a relatively wealthy farmer. Though he was initially swept up in the fervor of the trials—even testifying against his own wife—his attitude changed when his rival’s daughter accused him of consorting with the devil.

Corey knew the court was after his property and refused to plead either guilty or innocent. Like they had done before, the court tried torturing a confession out of him. Sandwiching him between two planks on the ground, they began stacking rocks on the silent victim, trying to literally squeeze the truth out. Corey lasted until the weight killed him and is even rumored to have yelled at torturers to add more weight. 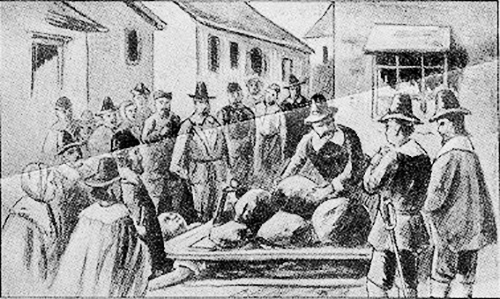 By the fall of 1692, the neighboring city of Boston railed against the lunacy of Salem’s witch trials. Governor William Phips finally intervened when his wife became suspected of witchcraft. He suspended the witch task force, establishing a new court. This Superior Court of Judicature eventually cleared 53 of the remaining 56 defendants and pardoned the remaining three along with five other “convicted” sorcerers bound for Gallows Hill.

While nobody was burned alive in colonial America, the practice was far more common in Catholic Europe. There, witches and blasphemers convicted of “heinous” crimes could be executed by burning, but more often, they were killed another way followed by flames to prevent further dark magic. At this time in history, however, British Law reserved burning for people convicted of treason.