Twinkies Aren’t the Immortal Snack Cakes You Think They Are 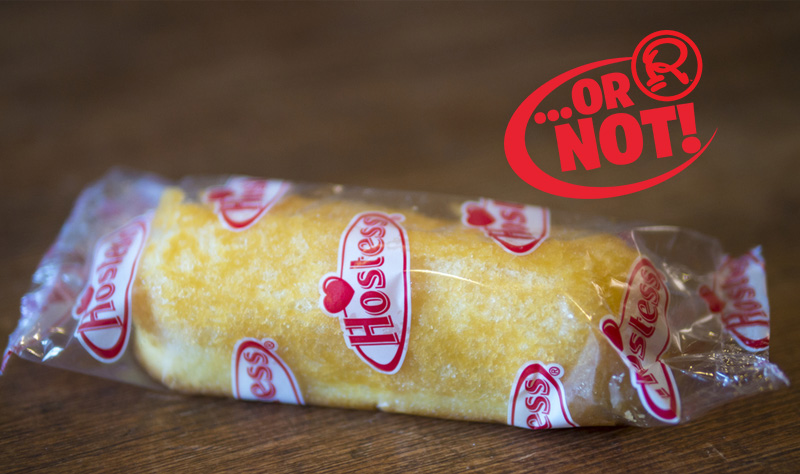 Twinkies do expire. Despite countless rumors, legends, and hear-say, these cream-filled sponge cakes will not outlast humanity in an apocalypse. Far from the ferocity of nuclear fallout, Hostess—the company that makes Twinkies—only promises 25 days of freshness sitting on air-conditioned store shelves.

That 25-day window may seem suspect, but who would know the product better than its manufacturer. That said, researchers have long disputed the accuracy of “sell by” dates as either untested or a ploy to get consumers to repurchase food stocks more quickly. 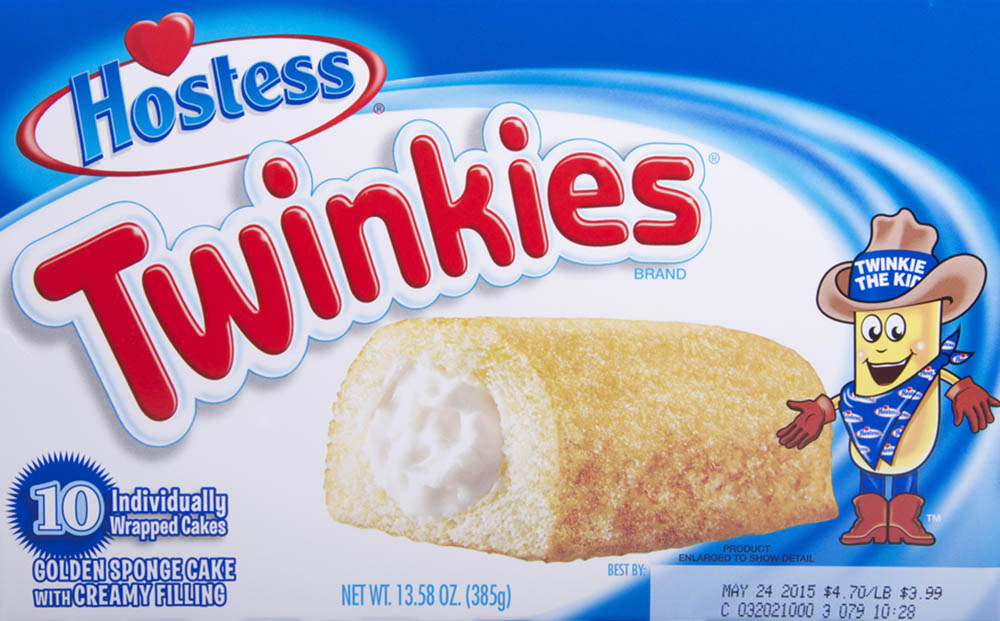 Note the expiration date in the bottom right.

While most of us are familiar with the longevity of Twinkies being infinite, the original Twinkie myth is steeped in conspiracy overtones. Some versions claim that Hostess hasn’t even made Twinkies since they first launched in 1930, and that they simply refresh their packaging once in a while to keep selling them.

Believe it or not, the biggest existential threat to Twinkies—besides people’s appetites—has been the viability of Hostess. On November 12, 2012, Twinkie production halted as Hostess filed for chapter 11 bankruptcy. The company would eventually start production again, but for eight months, no new Twinkies hit American shelves.

If a Twinkie has a shelf life, then there surely must be an ingredient holding the fluff-engorged snack cake back from immortality.

There are 37 ingredients listed on a Twinkie’s product label. Flour, water, egg, beef shortening, and sugar make up the basics of what a Twinkie is—or how you could make one yourself—but the rest is an amalgam of chemicals or alternatives of our base ingredients. 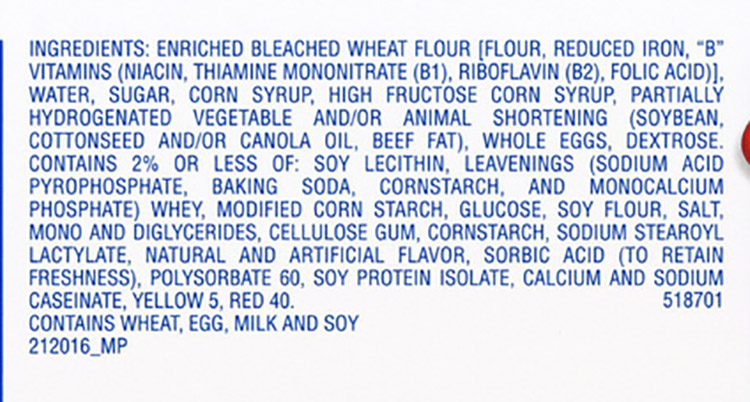 Five different kinds of sugar, including ubiquitous corn syrup, sweeten the cake and fluff, but the rest of the nearly unpronounceable substances are preservatives and stabilizers.

The way we see it, there are two weak links in the Twinkie formula: beef fat and egg. These two ingredients are the most likely to cause spoilage. The beef fat, which makes up the cream filling, could go rancid and the egg in the cake could rot.

The Limits of Preservatives

While 25 days may seem like a short shelf life compared to eternity, it’s actually quite a lot for a baked good. By containing no dairy and being sealed in cellophane, Twinkies do maintain their freshness for quite a long time, but the limits of preservatives like sorbic acid are limited.

Many curious consumers have bought Twinkies and waited to see what happened to them as they aged. Most report that after the first month they become much less appetizing, as the outer cake hardens.

While some sealed products have been kept for eight years without visible spoilage, snack cakes left out of the wrapper do attract mold. Despite this, the rumor of Twinkie’s invincibility has made it so moldy Twinkies have taken the media by storm when they appear on sites like eBay.

Previous post The 1930s Kayak Journey from Germany to Australia