Or Not: Horns on Viking Helmets

Helmets with horns have been found, but... 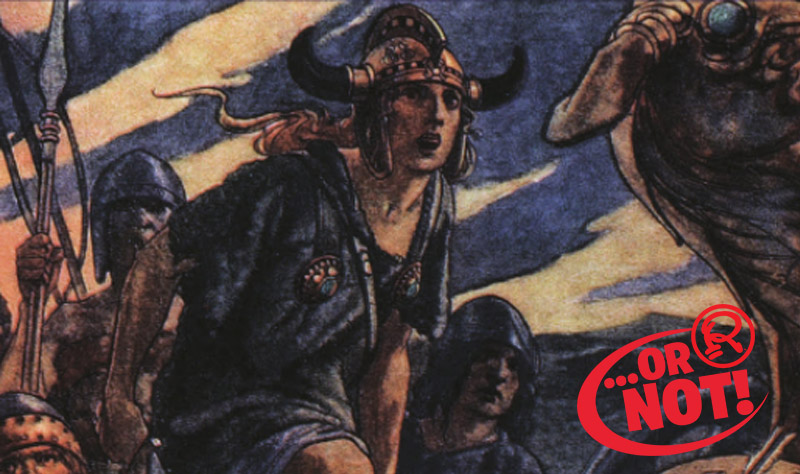 Today: The Horned Helmets of Vikings

Vikings are a mainstay in the mythology of medieval warriors. They are depicted with round shields, ships tipped with snarling dragons, giant axes, and horned helmets.

The Vikings were a fearsome group, but horned helmets? They might look scary, but they would have been highly impractical, getting caught on trees, taking up valuable space on ships, and easily grabbed or knocked off. In order to understand whether or not Vikings wore horned helmets, you really have to understand what exactly a Viking is.

What is a Viking?

Vikings were sea-faring traders and raiders hailing from northern Europe who spoke Old Norse. The Viking Age began in the 8th century and ended about 300 years later. During this time, the Vikings expanded from Scandinavia and Denmark, making footholds in the British Isles, France, North Germany, and Iceland. Some Viking crews even explored as far out as North America and Baghdad.

The Vikings did a mix of pillaging and trading, virtually unopposed as a maritime superpower after the collapse of the Roman Empire and ongoing Muslim invasion in Southern Europe. Archaeologists have seen little evidence of horned-helmet wearing Vikings on anything from the actual Viking Age. Only one intact Viking helmet has been recovered from the era, and it had no horns. Unfortunately, Viking helmets are hard to find, as Vikings were not buried with them, and most seem to have been made using leather. 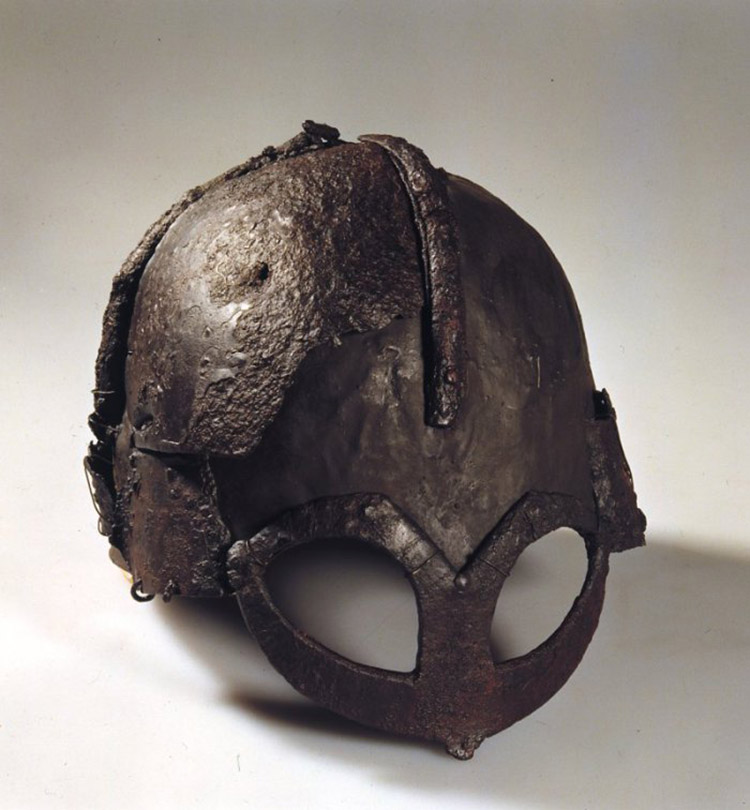 There are a lot of depictions of Vikings in drawings and tapestries from the time, but only one shows any horns on a Viking, the Oseberg Tapestry. On this tapestry, there is a figure that might be a Viking and might be wearing a horned helmet. The Tapestry was made in 834 ad, right in the middle of the Viking Age, but is it proof Vikings wore horned helmets? 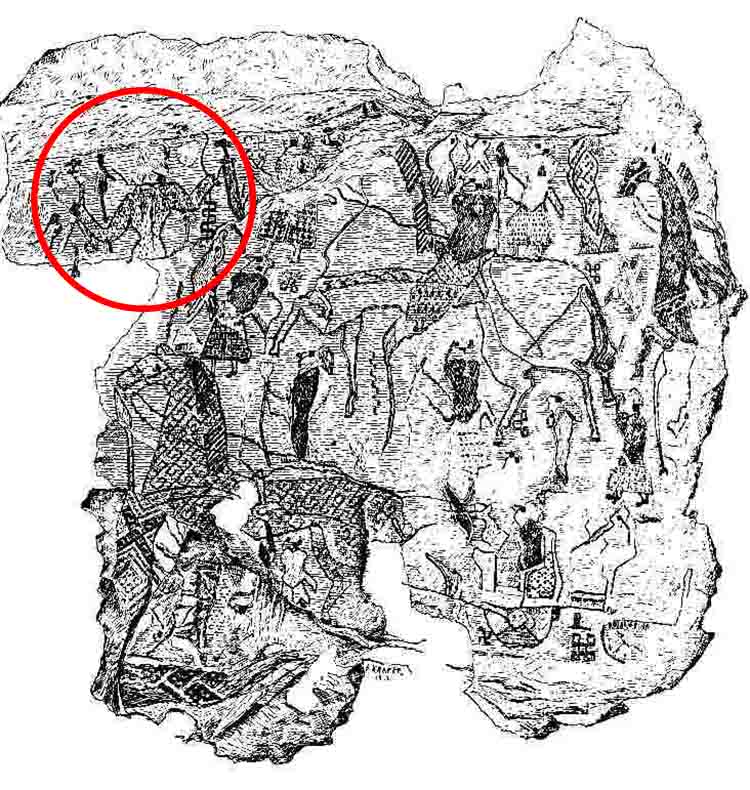 Why Do We Think Vikings Wore Horns?

So if, Vikings with horns only possibly appear on one tapestry from the Viking Age, when did people start gluing horns to helmets? A number of horned helmets have actually been found in Northern Europe, just not during the time the Vikings were roving the high seas.

The Vesko helmets, for example, were found in northern Europe, but are dated around 600 BC, nearly 1400 years before the first Viking invasion in Europe. A few depictions of horned helmets being used in religious ceremonies also appear at this time, but none were made after 100 BC. Before reliable techniques were developed for dating artifacts, some of these helmets were attributed to the Viking Age. Eighteenth-Century scholars are also suspected to have confused drinking horns found in Viking crypts with horns from helmets. 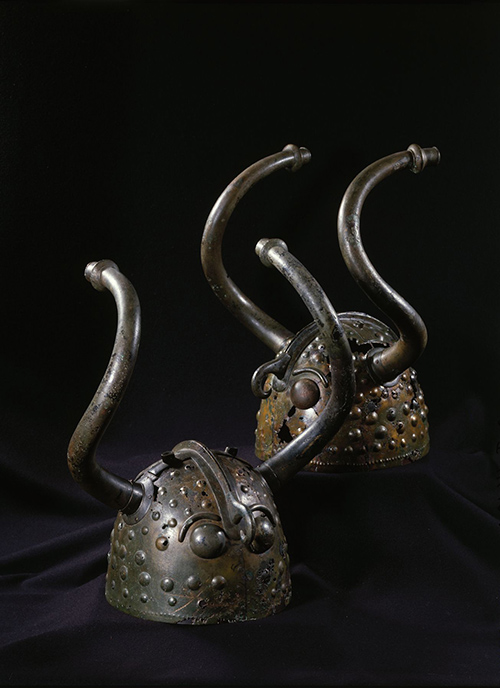 After the spread of Christianity took down the Roman Empire, stopped the Moor Invasion, and began spreading across Central Europe, the Northern Germanic and Viking territories were next. The coagulating Holy Roman Empire set its sights on Northern Germany and the Danish peninsula, a territory controlled by Viking King Canute.

These northern German tribes and their Pagan practices had been a thorn in the side of growing Christian Empires long before the Viking Age. Barbarians of all kinds had been rumored to wear animals on their heads, everything from wings to horns and even whole live animals in some stories. Though these accounts could be true, it was unlikely these were battle helmets and may have even been propaganda used to characterize them as savages.

The Viking Age of Norse conquest came to a close as natives in settlements abroad took back the reigns of power and an emerging German-style production economy took root even in the Danish homeland. Christianity was becoming popular across the north, supplanting their traditions, and siphoning power from the loosely organized Norse Empire, leading to the demise of the Vikings.

It wasn’t until the Romantic Period that artists took a renewed interest in the Norse society. In their portrayals of Pagan cultures, adventurous explorers, and medieval combat, they mixed and mashed Celt, Roman, Frank, German, and Viking traits together. These “Vikings” were akin to Roman heroes, wielding gleaming swords and donning winged or horned helmets.

Richard Wagner, the famous opera composer, famously helped popularize putting horns on his characters, and though many would say he is responsible for starting the horned helmet myth, he actually never wrote any Viking operas. Likewise, the illustrated novel, Song of Frithiof, gained widespread popularity and depicted its hero with a horned helmet. 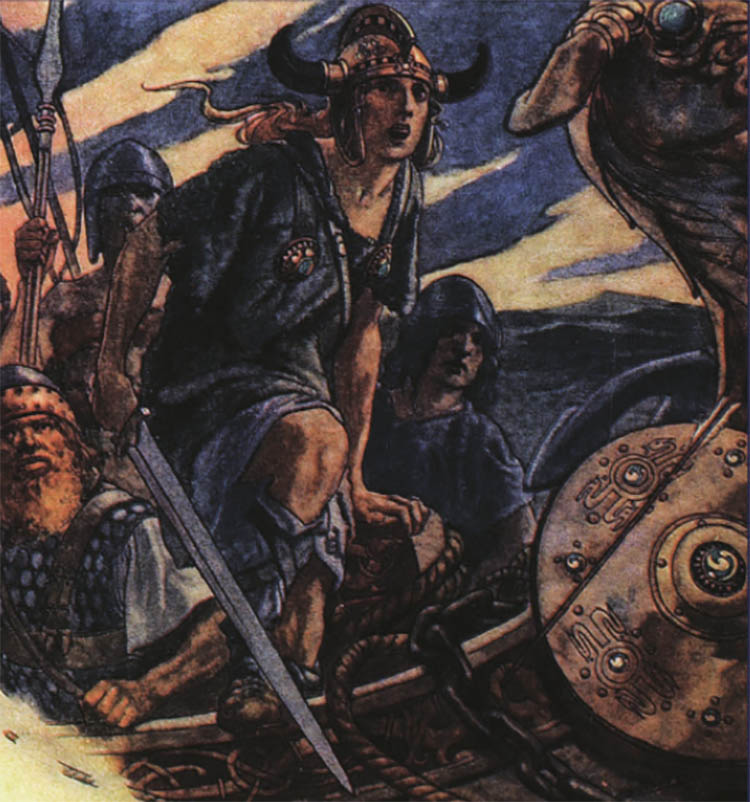 The truth is, a lot of people simplified the difference between the Goths, Visigoths, Alpine Franks, Sis-Alpine Franks, Saxons, Frisians, and Danes which all existed before the Viking Age, and called them Vikings. That oversimplification was mixed with artistic liberty, bad archaeology, and propaganda to produce the horn-headed “Viking” we all know and love.