Behind-The-Scenes In The Oscar Mayer Weinermobile 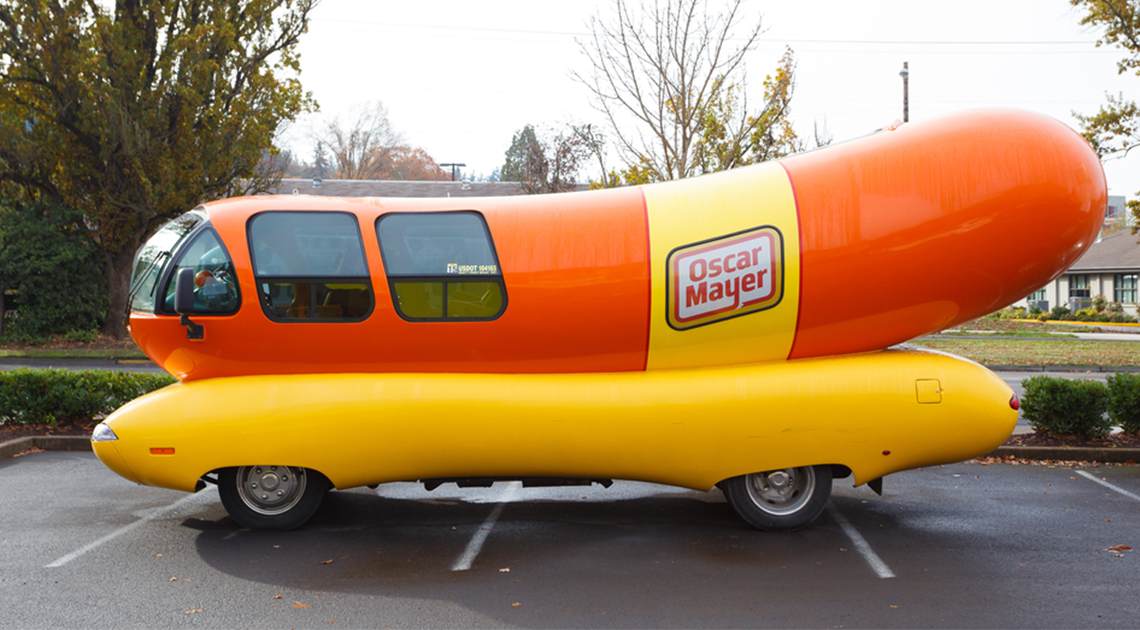 With the publication of Jack Kerouac’s Beatnik classic On the Road, a tradition developed among college graduates in the United States. One very much alive and well to this day, the “Gap Year.” The “Gap Year” has come to encompass everything from coast-to-coast road trips and backpacking across Europe to a wide variety of internships.

But when it comes to post-graduate adventures, nothing compares to climbing into the driver’s seat of one of the sleekest rides to ever hit American roadways, the aerodynamic, orange-yellow-and-red Oscar Mayer Weinermobile.

Inspiring Childhood Nostalgia and a Healthy Appetite Since 1936 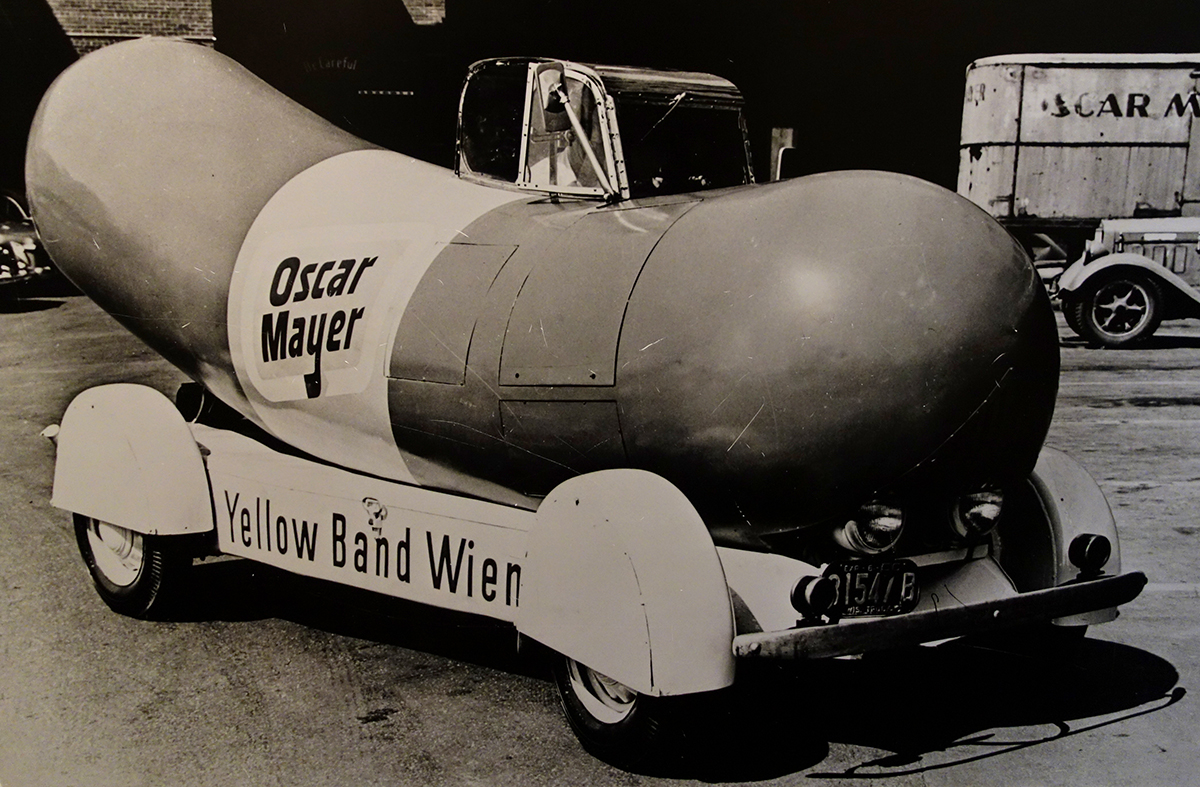 Six Wienermobiles tour the United States each year. They’re out and about right now. So, keep your eyes peeled! Known by nicknames such as Bunderstruck, SpeedyWeiner, Autobuhn, and DriftDog (you get the idea), each vehicle sits atop a Chevy W4 truck chassis.

But the real magic comes in the form of their easily recognizable, utterly unforgettable custom crafted fiberglass bodies. These sleek dogs represent visions of both sentimentality and longing. What do we mean? Name another vehicle capable of inspiring such intense childhood memories and a healthy appetite at the same time…

Or, ask any hotdogger—the official title for the pairs of college graduates that drive and work each Wienermobile—and they’ll tell you endless stories about the nostalgia people feel when they see a Wienermobile. In fact, the primary job of the Wienermobile and the hotdoggers who drive it are to celebrate memories of bygone days while inspiring new ones.

The Weinermobile proves just as iconic as Tom and Jerry, Nintendo, and Metallica. That said, you’ll find no heavy metal on the Wienermobile. While the horn can play 20 different versions of the Oscar Mayer Wiener Song, including reggae and rap, heavy metal never made the playlist. Sorry, Ozzie.

The Muscle Behind the Meat 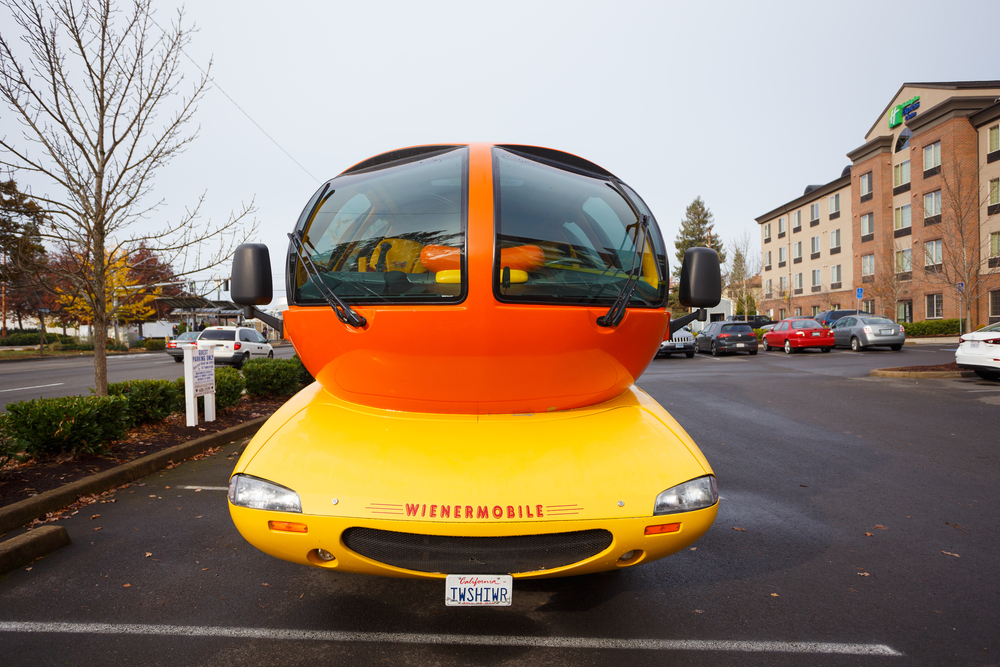 What’s it like to drive a 27-foot long piece of oblong meat? Although Wienermobiles look like huge tube-shaped campers, they provide a surprisingly smooth ride. And don’t underestimate these hot sausages. They can reach top cruising speeds of 90 miles per hour.

More impressive yet, in 1988, famed NASCAR driver Al Unser, Jr. blasted it out of the park when he took a lap in the Weinermobile at the Indianapolis Motor Speedway accelerating to a face-melting 110 miles per hour. Of course, hot doggers are tasked with observing the speed limit, so don’t expect to catch them street racing or drifting.

Nonetheless, the Wienermobile has come a long way since its first 1936 version. Back then, it proved little more than a 13-foot-long land submarine that cruised the Chicago area lauding the deliciousness of “German wieners.” Built on a metal chassis, Carl Mayer developed the marketing concept and piloted the first vehicle. The nephew of Oscar (the genius and namesake of America’s favorite tubular meat), Carl couldn’t have anticipated the pop culture fervor his kitschy marketing campaign would launch.

From the ‘30s through the ‘50s, various individuals drove the vehicle, portraying the company’s mascot, Little Oscar. From 1951 to 1987, George Molchan took the helm as Little Oscar passing out Magic Wiener Whistles to kids as he drove by. These whistles allowed kids to alert neighborhood peers to the presence of the Wienermobile. During George’s time, the vehicle saw many reincarnations including a 1950s version with tail fins.

Today’s Weinermobiles prove sleek, comfortable, and filled with hot dog hijinks. Besides the horns, each vehicle boasts a sweet, or rather savory, interior. Fitting furnishings include six captain’s chairs and carpeting and upholstery featuring “condiment stains.”

“Can You Cut the Mustard?” 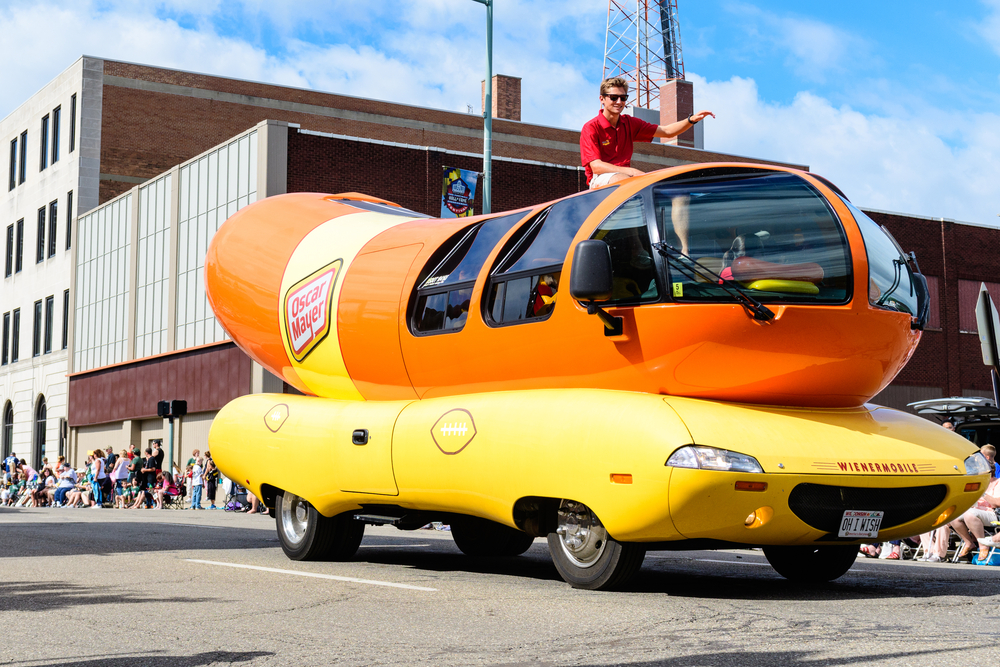 That’s one of many questions hotdoggers must answer during the rigorous interview process. Oscar Mayer looks for extroverts who don’t mind meeting and greeting thousands of people each week. Ideal candidates need to demonstrate patience while answering endless questions about hot dogs and the company’s history. Knowing how to diffuse a tense situation also comes in handy, especially when the topic of mustard versus ketchup arises.

Hotdoggers must share a serious sense of wanderlust. Like a 25,000-miles-in-six-months type of wanderlust. They travel across the contiguous United States, and even to Alaska, making three-to four-day long stops in cities and towns along the way.  Only recent college graduates can apply, preferably those with a BA or BS in communications, marketing, journalism, or another related field. And they must be able to sing the Oscar Meyer Wiener song at the drop of a hat. Yes, that means all verses as well as the chorus.

To get a leg up on the competition, check out this version sung in four-part harmony. (The only way to make this better? A special guest appearance by Bryan Cranston reprising his role as Hal, the barbershop quartet lead man, from Malcolm in the Middle.)

Between 1,200 and 1,500 applicants apply every year for the coveted position of hotdogger, yet only 12 candidates cut the mustard. Divided up two per Wienermobile, they set out on a years-worth of meaty marketing work.

After selection as one of the 12 top dogs, hotdoggers endure two weeks of Wienermobile basic training, a.k.a. Hot Dog High. This includes instruction from the Madison (Wisconsin) Police Department and driving lessons that progress from a van with taped up windows to an actual Wienermobile.

Hotdoggers make above average for post-college graduates (more than $44,000) although they are not permitted to disclose the exact amount. They also receive benefits. Because they spend a full year traveling, they don’t have to pay rent. This means more money in their pockets. (By the way, hotdoggers don’t sleep in the Wienermobile. They stay in hotels and bed and breakfasts along the way.)

That said, the end of the year can prove bittersweet. Driving the Wienermobile brings fast fame. Everyone waves and honks when hotdoggers drive by. The faces of passersby light up with authentic glee, and the smiles prove endless. It can feel difficult adjusting to the harsh reality of life outside the dog.

Expanding the Fleet in the Name of Better Hot Dogs 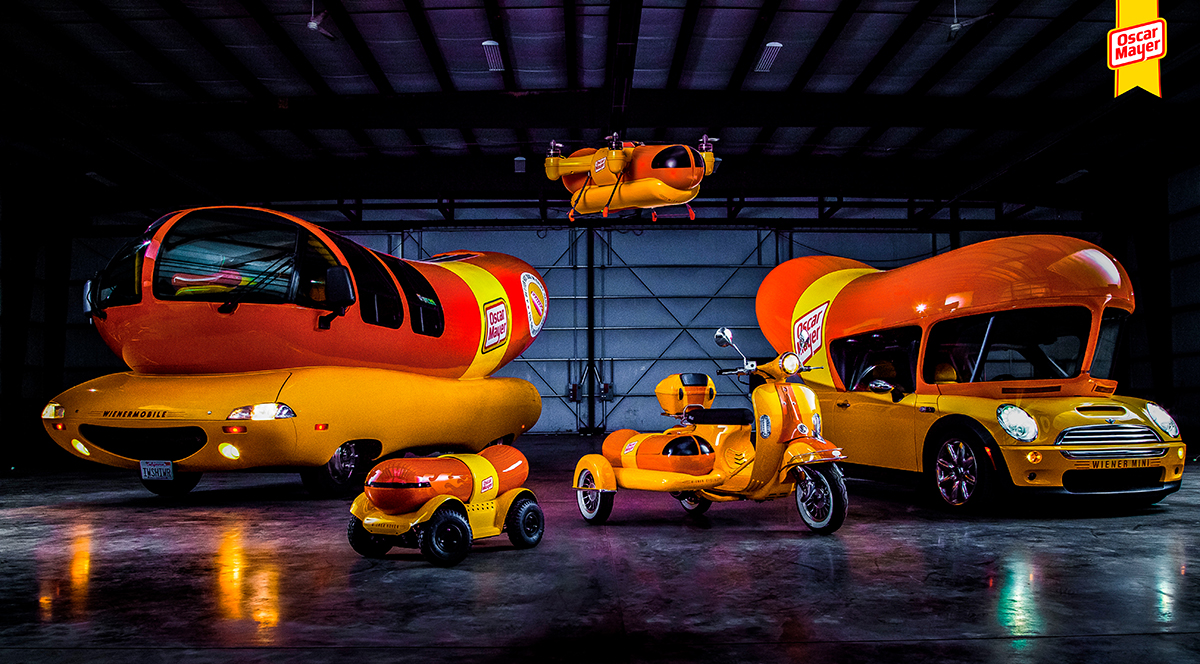 In May 2017, Oscar Mayer launched a healthy new hot dog recipe. To help with the launch, the company expanded its fleet to include a Weinermini (hot dog + a Mini Cooper), the WeinerRover, the WeinerCycle (with a sidecar containing a hot dog warmer), and a Wienerdrone (capable of delivering individual hot dogs).

Interested in applying for the nation’s most hotly contested post-graduate internship in the country? Learn more at the company’s website.

Next post Why Spice Traders Relied On Camel Bladders