6 Crazy Believe it or Not! Facts About The Oscars

With the 88th Academy Awards this Sunday, we thought now would be a good time to dust off some of our favorite Oscars BIONS. 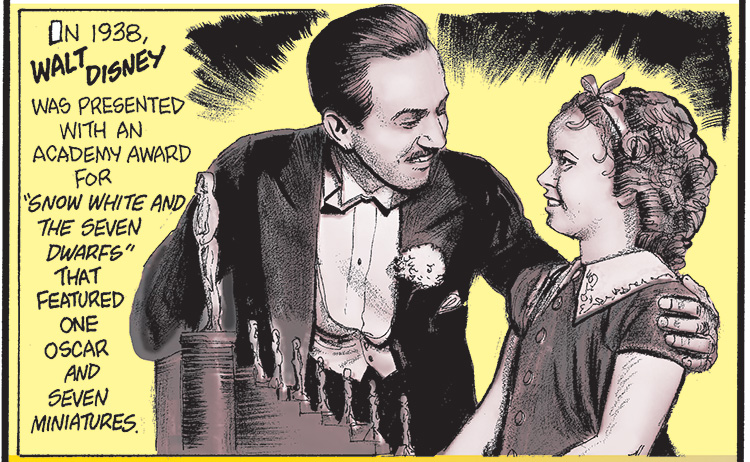 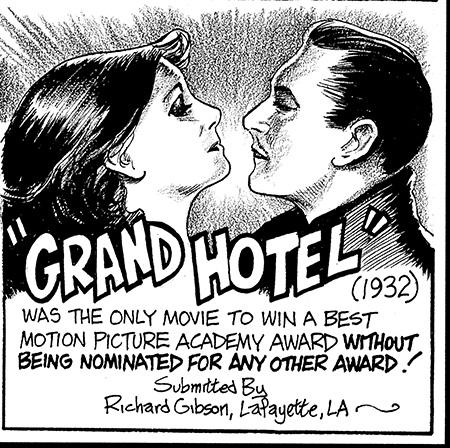 The 1930s and 40s is were the Golden Age of Hollywood. Movies like Gone with the Wind, The Wizard of Oz, Casablanca, and Citizen Kane were all produced during this period, and all of them have withstood the test of time and became classics.

Grand Hotel, produced in 1932, somehow missed out on that windfall. Perhaps, the fact that Grand Hotel is the only movie to win a Best Picture Award without being nominated for any other award sheds some light on the reasons why this one isn’t mentioned in the lists of classics from the Golden Age.

Clearly, the Academy liked the film, but they didn’t care much for the directing, or acting, or writing, or any of the other important things that went into creating the film. 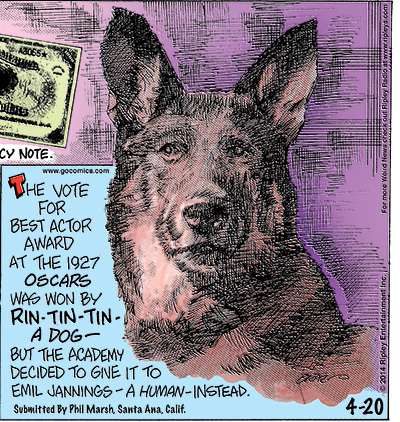 Did you know the Oscars once gave out special awards to recognize juvenile performers? It wasn’t annual, and it was only given out at the discretion of the Board of Governors, but stars like Shirley Temple got one in her day.

What the Academy isn’t willing to do, however, is give an award out to a dog. Everyone’s favorite canine from the first years of the Academy Awards actually won the vote for the very first Best Actor award, but instead of presenting him with the statue and making a mockery of the young ceremony, the Academy removed his name from the ballot and cast their votes again. The award was given to Emil Jannings instead.

Well, It’s Not an EGOT 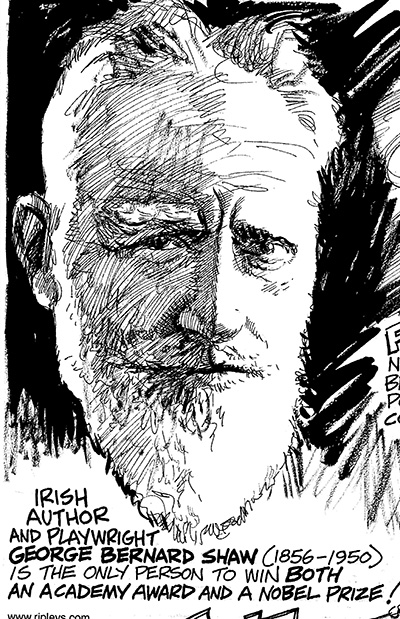 Finding lists of EGOT winners is easy. But that’s at least in part because entertainers tend to covet the elusive honor and work to achieve it. While being a Nobel Laureate is a great honor, do a lot of actors and writers really try hard to become one? I don’t expect to see a time when an N is added to the EGOT acronym. But for now, the list of people who have won both an Academy Award and a Nobel Prize, is small. George Bernard Shaw was the only person to hold the honor until Al Gore hit the scene with his 2006 documentary An Inconvenient Truth.

Although the film’s award technically went to the director, Gore made an acceptance speech for it, and he was integral to the film’s creation, so it’s pretty much his. Going a step further than Shaw, Gore also won a Grammy for the audiobook version of An Inconvenient Truth. Al Gore may not get an EGOT, but as of now he’s the only person with a NOG, and that’s got to be worth something. 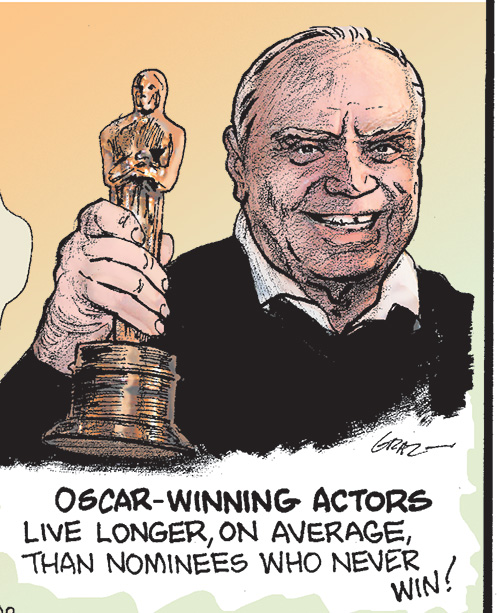 A common topic in the last few years is how long it will take for Leonardo DiCaprio to win an Oscar. Including this year’s nomination for The Revenant, he’s been nominated six times and hasn’t won once.

Given that Oscar-winning actors live longer, on average, than nominees who never win, Leo had better win soon or his time will run out. At 41-years old, he’s already a little long in the tooth by Hollywood’s standards.

The Academy loved Walt Disney. And who can blame them? Whether it was the seven miniature statues they gave him along with his main award for Snow White, or his industry leading 59 nominations and 26 awards, it’s clear that Disney is the undisputed king of the Oscars.

Next post Be-Leap it or Not! A Brief History of Leap Year