The 1930s Kayak Journey from Germany to Australia

He was arrested when he arrived.

Born just before the outbreak of World War I and growing up in the impoverished Wymar Republic, Oskar Speck was dissatisfied with the winds of fate in Germany. In 1933, he set his folding kayak in the Danube River and paddled south for Cyprus in the Mediterranean Sea. Eventually, he would extend his voyage all the way to Australia, becoming a daring adventurer. 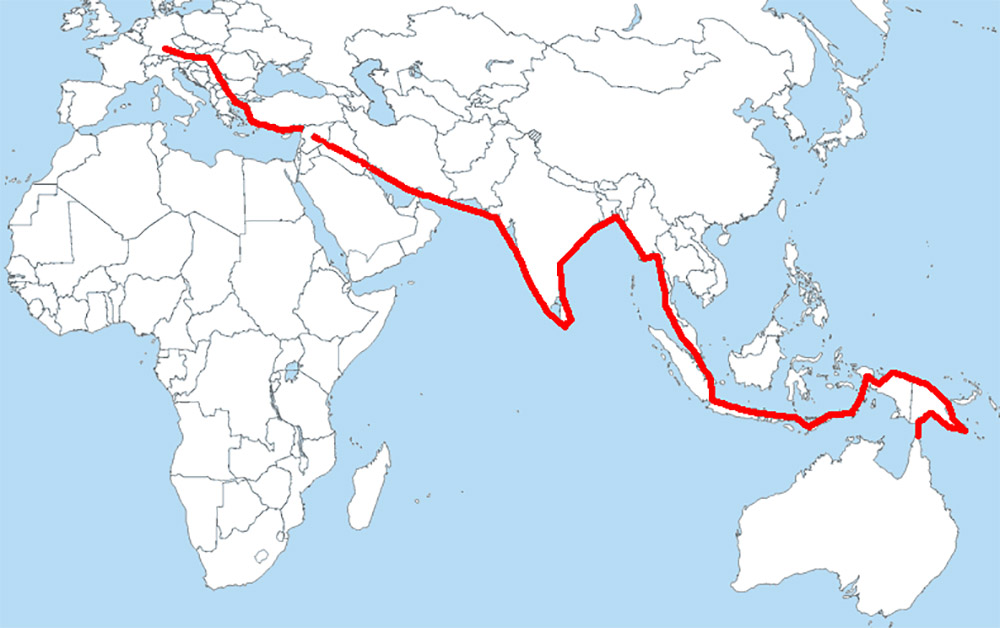 To the Copper Mines

Just days into his journey, Speck had spent all his money carousing in riverside towns and was flat broke. He managed to get some money from family but had to resort to begging a few days later. Speck’s original intent was to strike it rich in the copper mines of Cyprus, but after experiencing the thrill of adventure, he couldn’t stop. 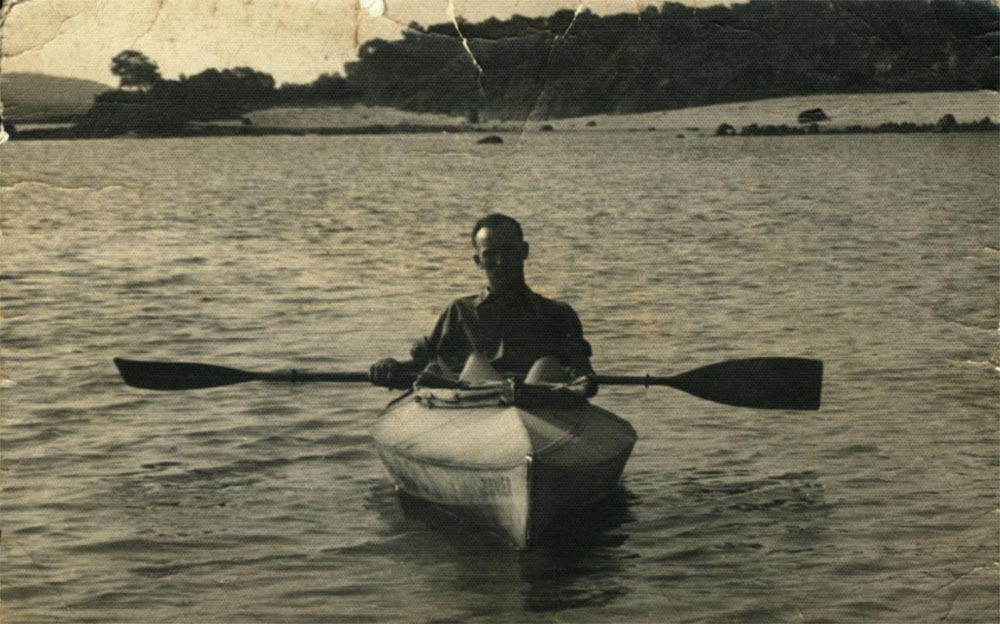 Denied access through the Suez Canal, he carried his boat overland to the Euphrates river. Speck loathed the Euphrates river. Dining for days at a time on dates, the German explorer was out of his depth. Food was scarce, nobody spoke German, and he was shot at many times through this leg of the journey. When a storm swept the river, he was shipwrecked on a tiny island alongside a corpse, as if warning Speck of what could be.

His time in Iraq hardened Speck into the gallant figure of human tenacity he would be appreciated for in India, which was still under the rule of British Imperials. Englishman found romance in Speck’s mission, receiving him as an honored guest and financially supporting him for much of his journey.

Forced to camp in mosquito and crocodile-infested mangroves most of the time, the lavish palaces and homes of governors were a welcome reprieve. He would spend weeks alone—scavenging food and tirelessly paddling—only to find himself surrounded by high-society, dancing and swilling fine scotch. 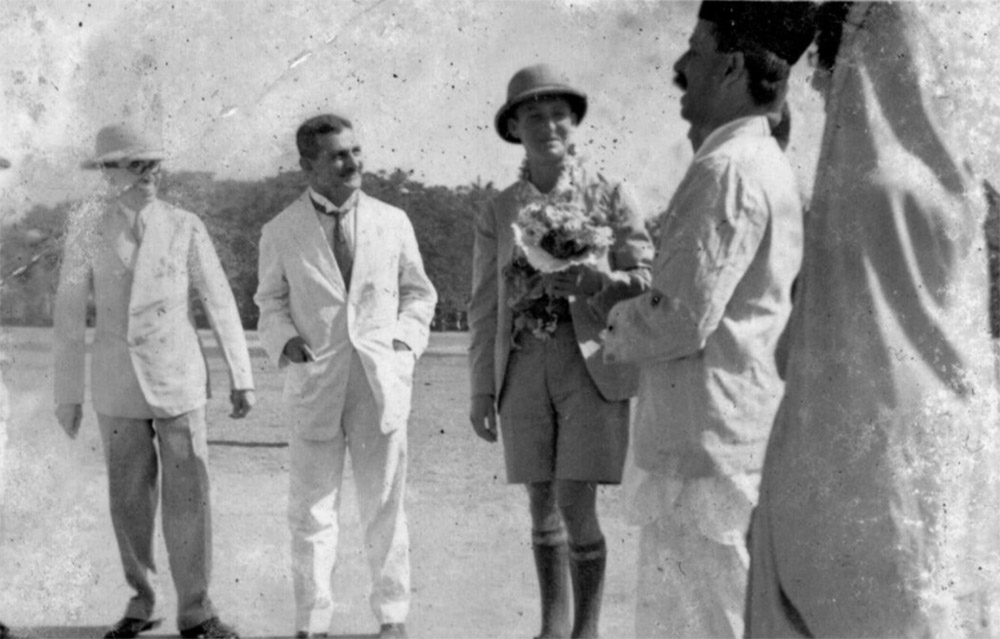 Though he had seen his things stolen, destroyed, and even contracted malaria in the first half of his voyage, the latter half—through the Dutch-controlled Indies—would prove the most challenging. As he paddled away from English-controlled India, so was Germany back home moving away from the good graces of Europe. The Dutch were much less approving of Speck’s journey, and saw him as a burden, requiring constant food and medical care. 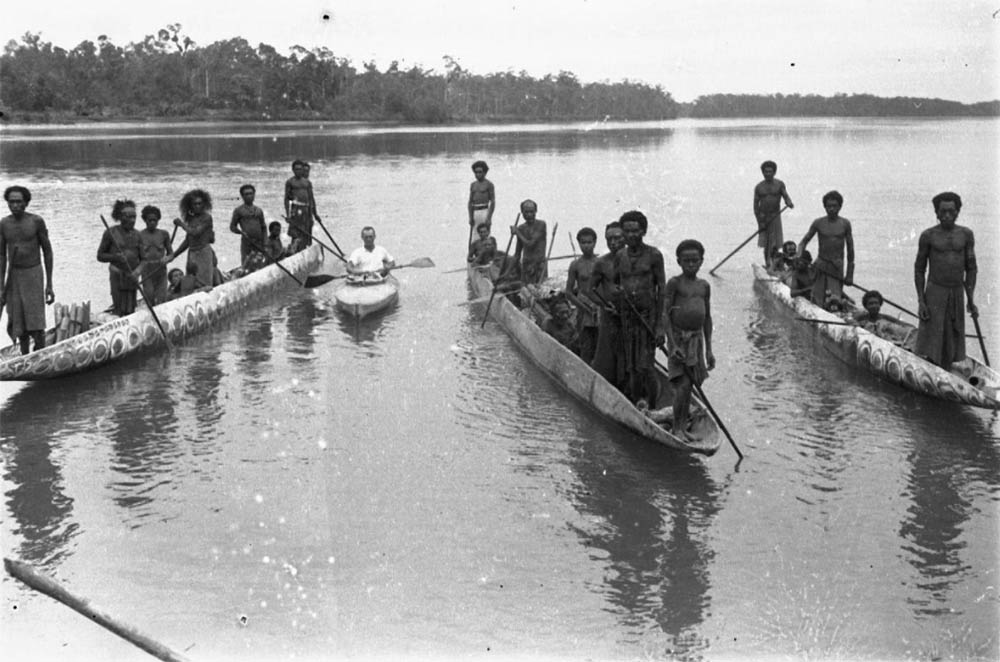 His interactions with natives also became strained. He struggled to grasp the subtleties of their economies and balanced precariously on their tempers. Though he was sometimes treated as a God, he was also beaten and robbed. Despite his long journey, Speck had also never learned to swim, putting him in increasing danger as the trip progressed.

Lost along the remote coast of Papua New Guinea where the mail couldn’t reach him, the many backers he had accrued stopped sending money, thinking he was dead. His family also implored him to return home. The German economy was booming, and he had no reason to finish his “silly adventure.” The Nazi Party, on the other hand, encouraged his travels. They saw his voyage as a demonstration of Aryan superiority. 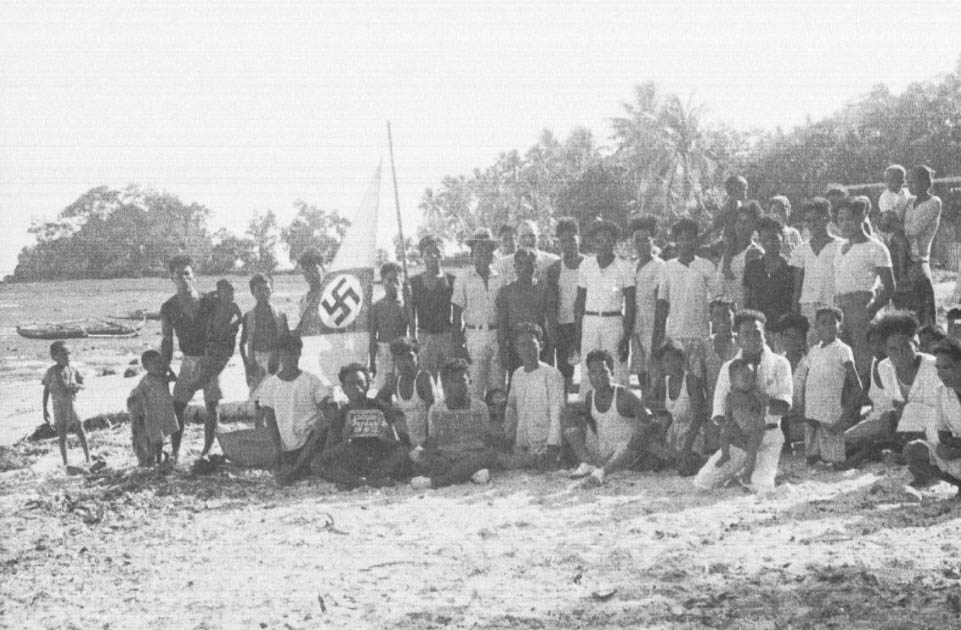 Eventually, he reached the coast of Australia. Officials met him at sea and warned him he would be arrested on suspicion of spying. What better cover than a lone kayaker reporting settlement positions back to Germany? They allowed him to paddle to shore himself and complete his mission, but he was placed in an internment camp until the end of the war.

Previous post Can You Break the Code of the Mysterious 15th-Century Voynich Manuscript?