Have You Ever Played with a Ouija Board? 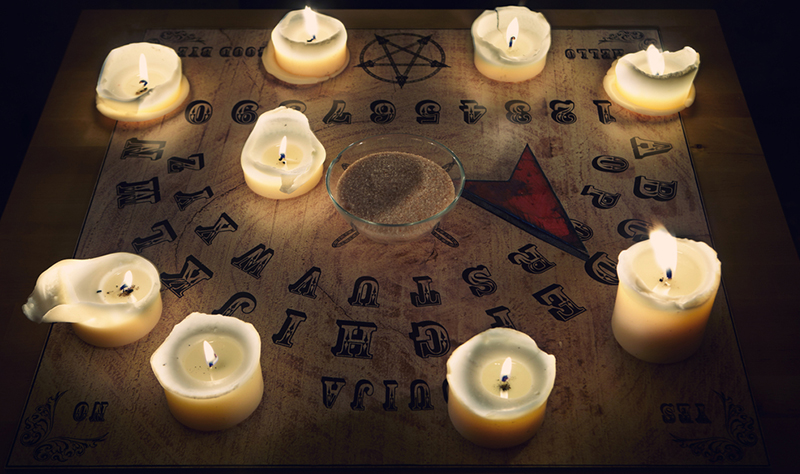 To many, the Ouija board isn’t just a game teens bust out during their slumber parties, but merely a work of art, and yes, a way of communicating with the dead. Take, for example, Brandon Hodge. He is currently collecting planchettes and other forms of spirit boards.

Talking boards or what you might know as the Ouija board evolved in the latter half of the 19th-century. Oddly enough during this time, religious notions were being challenged and debunked with modern advancements as well as scientific discoveries. It’s been said that Charles Kennard, a Maryland native, is the inventor of the Ouija board. 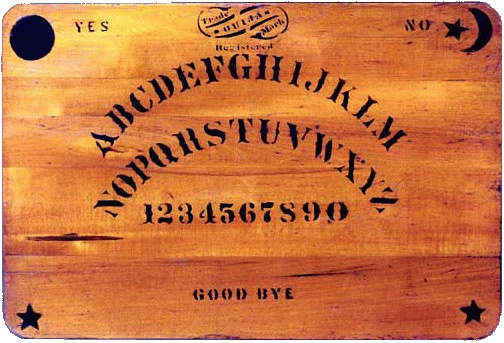 Original Ouija Board created in 1891 via Wikimedia Commons

Apparently, the board became such a huge hit that Kennard sought out a lawyer called Elijah Bond. Bond claimed his sister-in-law, Helen Peters, was an incredible medium and would be able to ask the board what it would like to be named. The board spelled out O-U-I-J-A. Without hesitation, Peters asked what it meant, and it spelled out G-O-O-D L-U-C-K. The building where the seance took place is still there. It’s now a 7-Eleven. Interested in a road trip? You can take a look for yourself at 529 N. Charles Street.

Prove it for the patent

The next step was to obtain the patent on the lucky board. Bond encouraged Peters to visit the patent office in D.C. The chief clerk was baffled by what they claimed the board could do. He said the only way he would give them the patent is if the Ouija could spell out his name. According to the legend, the board spelled out his name. Flabbergasted, he handed over the patent.

They were able to turn this into a game that retailed for only $1.50.

Again, there are many speculations on who invented the Ouija board, but we know that the name originated from Mr. Kennard; however, spirits boards were quite popular before his time, especially in the Victorian era. Why? Well, it was a time where almost anything and everything was taboo. The allure of breaking rules, in particular with the opposite sex, was easy to obtain with the mystical board. Cliche, we know, but hey, before the infamous saying “Netflix and Chill” there was the ultimate date night with the Ouija board. Yes, kneeling down and touching the tips of your fingers and scaring your date was charming. Hey, sign me up! That sounds like a phenomenal night.

Another reason why this 100+-year-old game took off was due to wars. The Civil War brought in high death toll rate. More people found solace trying to communicate with their loved ones through a board than sending off a letter where there would be no responses. Even during the Vietnam War, believe it or not, the Ouija board outsold Monopoly! No game has ever done this before or after the Ouija.

Before the Ouija board ended up in the hands of our beloved Hasbro, it was first inherited by William Fuld when Charles left his Kennard Novelty Company. The name changed to Ouija Novelty Company, and Fuld began producing the boards in 1901.

Fuld created an array of Ouija designs which lead to 21 registrations in three countries. He is the only one in history to hold that many Ouija patents and copyrights. In 1966, his estate was sold to Parker Brothers who were then sold to Hasbro.

The Ideomotor effect is known as your unconscious and involuntary motor movements. Your actions are performed due to expectations, suggestions or even preconceptions.

The most famous of examples when debunking the Ouija board is dowsing. If you were to try this out yourself, you’d hold out two rods in front of you. Eventually, you will see them cross, usually its trying to detect water. Someone implementing this experiment and advised that there is water beneath them will, at some point, move the rods themselves.

Here at Ripley’s we have an extraordinary collection from the witch Gerald Gardner but most importantly we have his Ouija Board. Born in 1884 on the Isle of Mann, Dr. Gerald Gardner was the father of modern witchcraft. Combining magic with sorcery, he simplified the complex ceremonial rites of 19th-century witchcraft and made the coven the center of the ritual. He also insisted all attending witches be “sky-clad”, so all rites were performed in the nude! 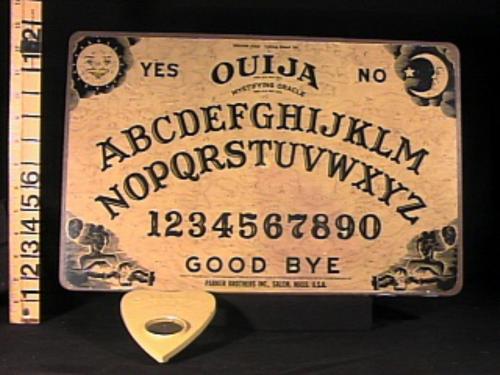 The ouija board displayed here, and Gardner’s entire collection of witchcraft, magic and superstition artifacts were purchased by Ripley’s from Dr. Gardner’s estate in 1973.

Do you believe in the Ouija board? Let us know in the comments below!

Next post ASMR: Why Whispering Gives Some People the "Tingles"