Constructed of 99 individual sheets of plywood, clocking in at approximately 9,000 pounds, and measuring 3,168 square feet, Ripley’s Believe It or Not! would like to introduce you to Ouijazilla and its curious creator, Rick “Ormortis” Schreck!

The Man Behind the Madness

Rick “Ormortis” Schreck, Vice President of the Talking Board Historical Society and New Jersey-based tattoo artist, has been laboring for the past year, working to surpass the 2016 record holder—the Grand Midway Hotel in Windber, Pennsylvania. And while Ouijazilla holds the unofficial title for the World’s Largest Ouija Board, the numbers and scope of this monstrosity speak for themselves.

Aptly named Ouijazilla, this gargantuan board was unveiled on October 12, 2019, in the heart of the Salem Common. The hand-painted wooden board and accompanying planchette are modeled after the original Parker Brother’s glow-in-the-dark Ouija board—minus a few of Rick’s personal embellishments. Rick even got the blessing of Hasbro, Inc. to construct this enormous version of their game! 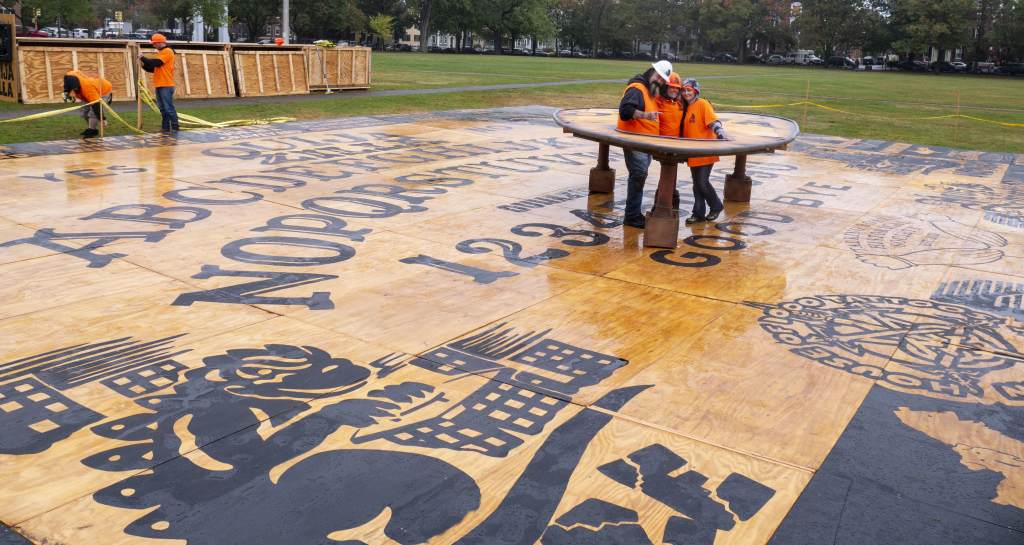 In 1985, at just 15 years old, Rick bought his first Ouija board. Infatuated with the idea and history of witchcraft, he turned to the library at Cedar Ridge High School for more information—because what high school doesn’t have a  Satanism and Witchcraft section? As he continued to expand his knowledge of the subject, Rick’s social circle grew to include other like-minded individuals.

Contrary to popular belief, Rick didn’t start off as an avid talking board collector. In 1992, he visited Massachusetts during the 300th anniversary of the Salem Witch Trials. While exploring the spellbound city, he discovered that there were many different styles, shapes, sizes, and spirits of talking boards. To no surprise, Rick began his mission to collect them all.

When collecting just wasn’t enough, Rick began creating his own talking boards. To increase his chances of communicating with the other side, he made planchettes out of unconventional materials like animal and human bone, human hair, and even human ashes.

Taking it to the next level, Rick revealed to us that “real” witches used boards crafted from the lids of coffins. Unable to find a true talking board made from this material, he has taken matters into his own hands. Inside the walls of his New Jersey tattoo shop, lives a vintage black coffin that Rick plans to dismantle to create his dream talking board. 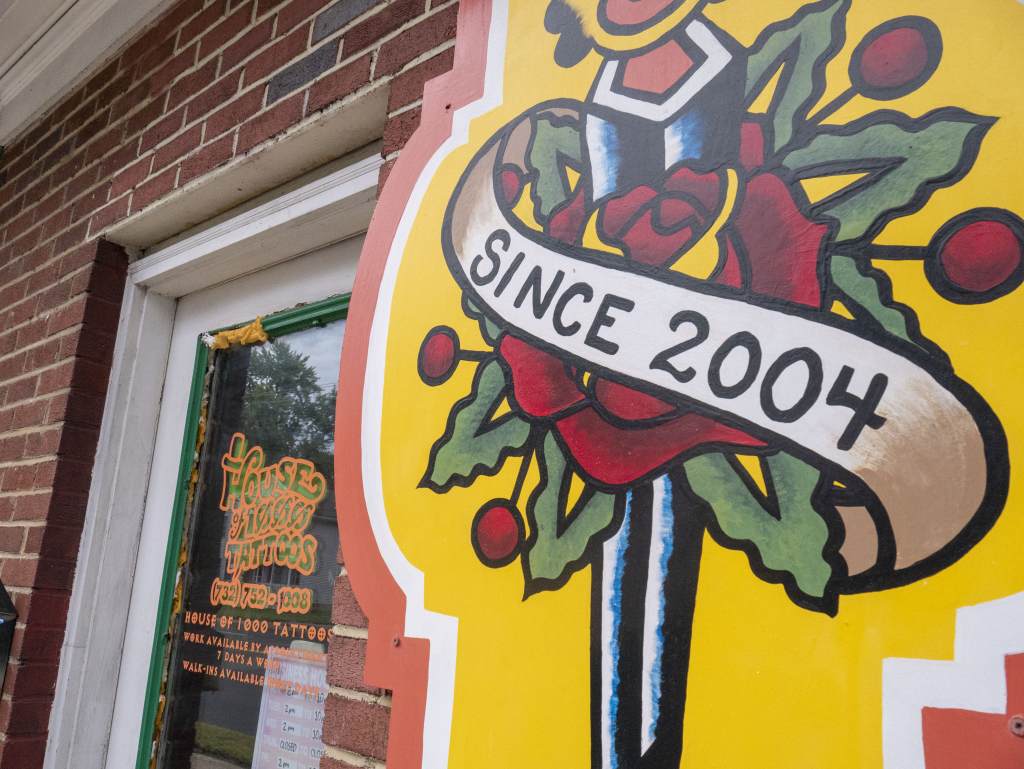 Quite the collection, Rick now has about 300 boards in total. But, even all those boards put together don’t stack up to Ouijazilla.

A Board of Monumental Proportions

Construction of Ouijazilla began in June 2018. Through wind, snow, rain, and extreme heat Rick was the sole handyman on this monstrous project. Fueled with perseverance and guided with the help of his hand-drawn blueprints, Rick painted, designed, and assembled each individual Ouijazilla panel.

The board is constructed of 99 individual sheets of plywood and weighs approximately 9,000 pounds—without the weight of over 20 gallons of wood stain alone. With the face of the board measuring 3,168 square feet, you can park five full-size 18-wheelers on top of Ouijazilla. The planchette itself is 15.5 feet in length, 10 feet at its widest point, weighing roughly 400 pounds. However, due to Rick’s clever craftsmanship, the planchette can be effortlessly maneuvered by one person across the board’s surface. 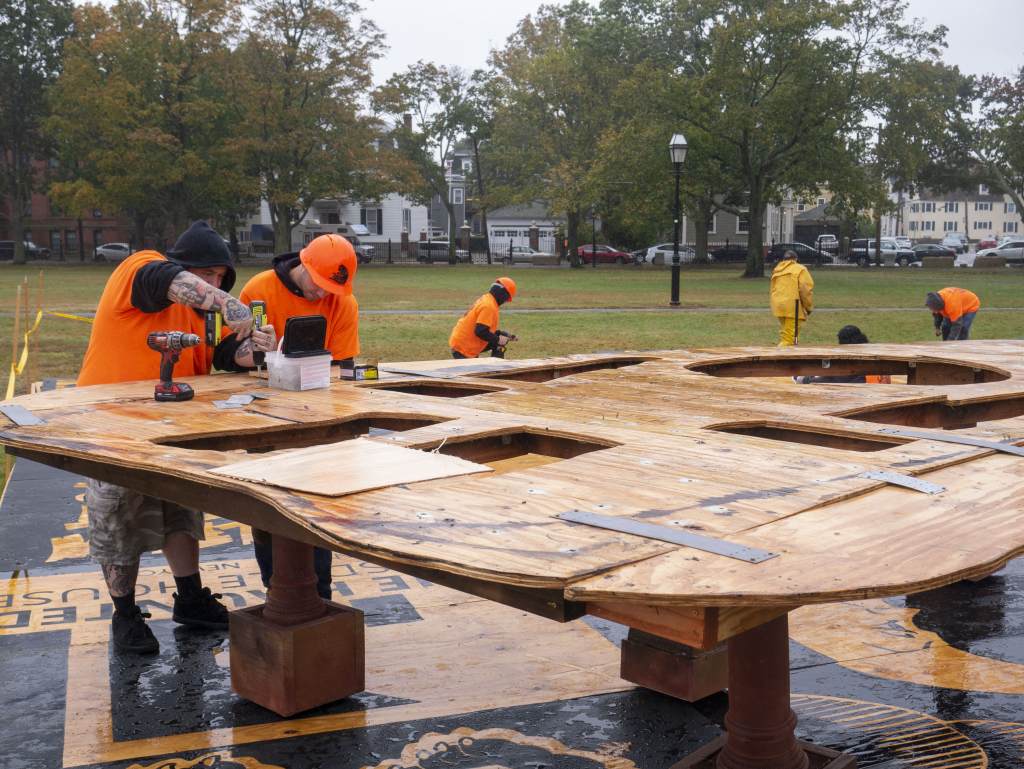 Assembling Ouijazilla was no easy task. Ouijazilla was transported by truck from New Jersey to Massachusetts. Covering the heart of the Salem Common, this beast required a team of close family, friends, and gracious volunteers to assemble the board in the chilling wind and rain of Witch City. 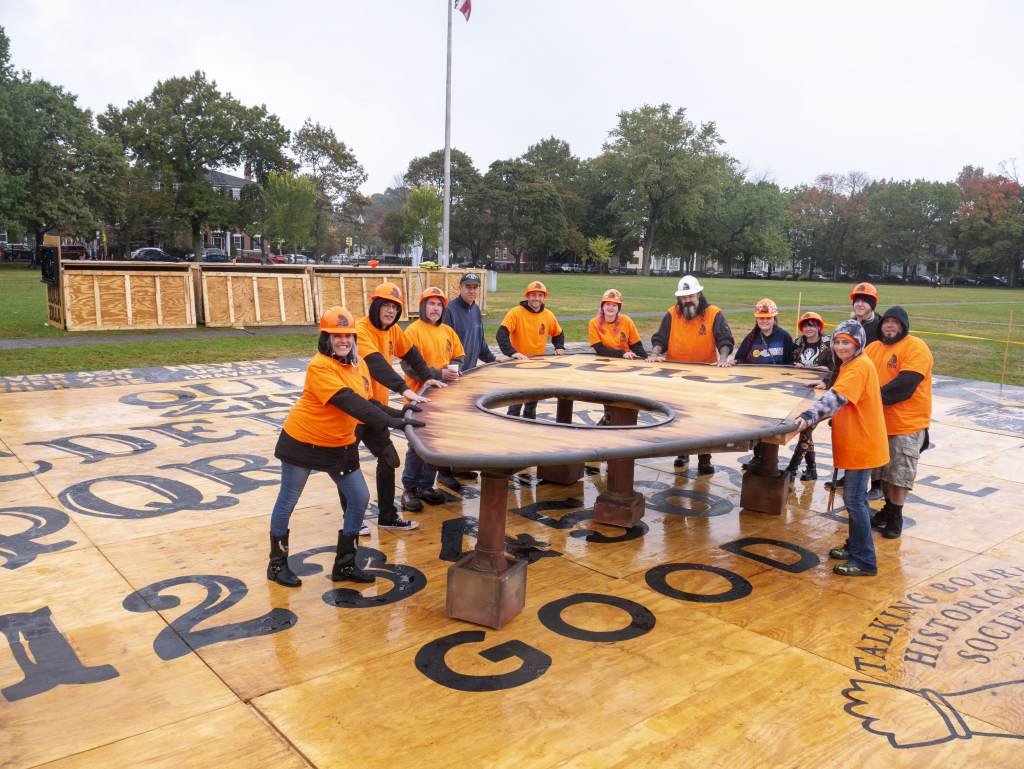 Ouijazilla truly captured the attention of Salem and will continue to live on in history. As for Rick, only time will tell what project he decides to tackle next! 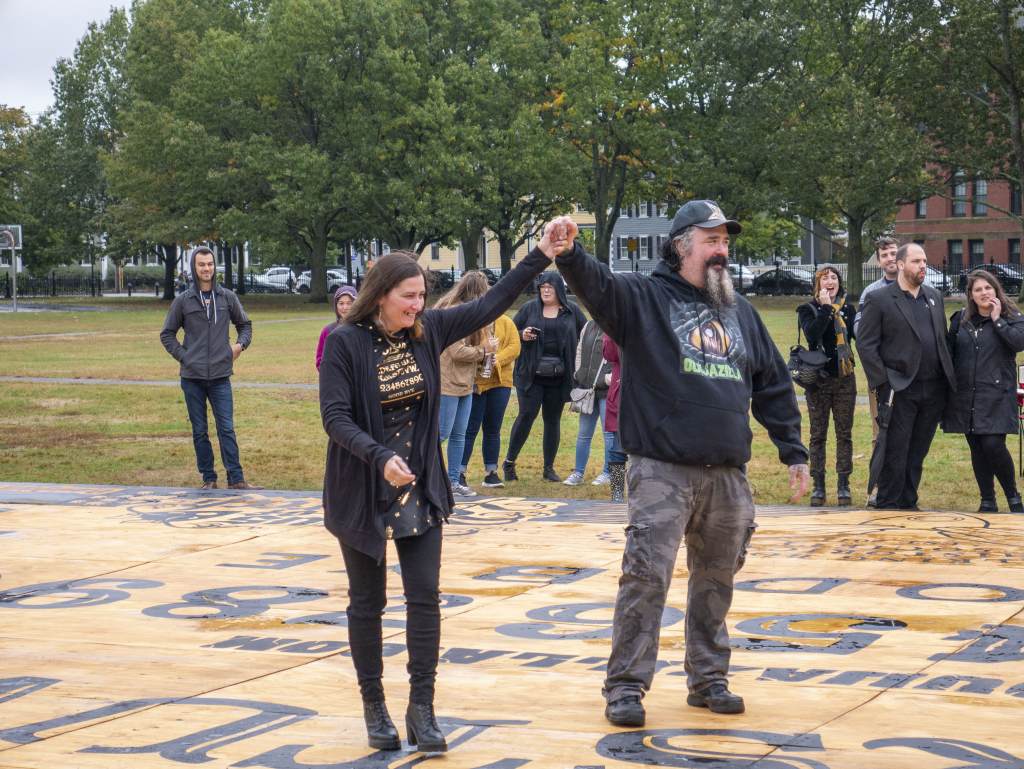 Previous post Why Scientists Put An Ear On A Mouse