These stunning spiders made their way to the Southeastern U.S. in 2014 via shipping containers. 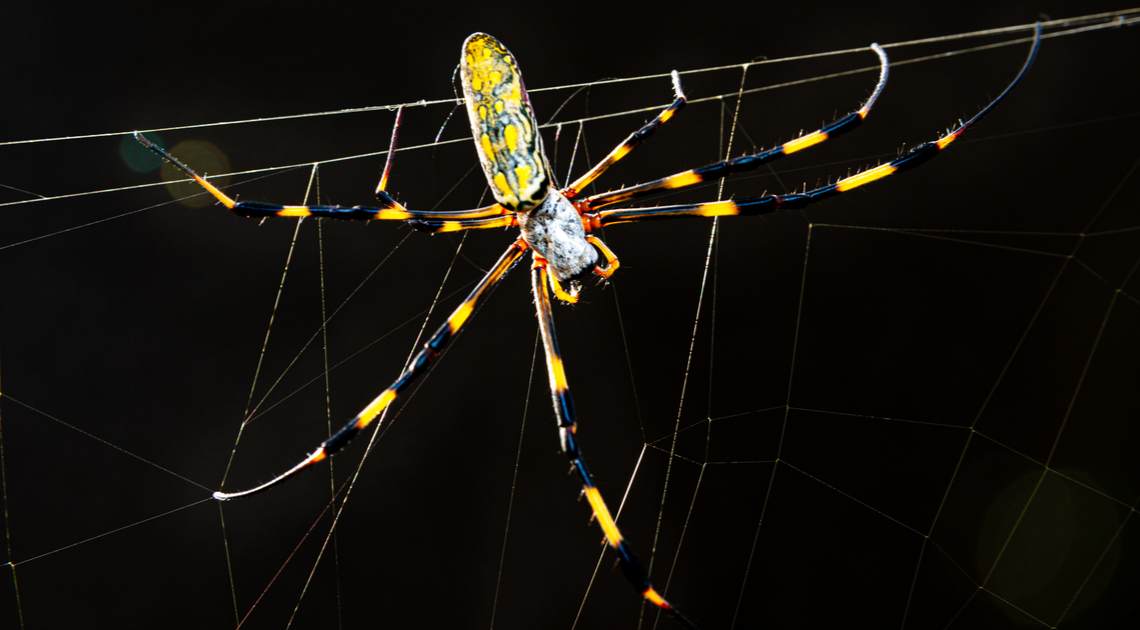 Have you ever seen a spider as big as your palm? If you’re living on the East Coast, you may check it off your bucket list soon enough.

According to researchers at the University of Georgia, millions of invasive Joro spiders are expected to parachute themselves up and down the Eastern United States this spring, falling from the skies right into your backyard.

Named for Jorōgumo, a shape-shifting creature of Japanese folklore that transforms into a beautiful woman to lure unsuspecting men, the Joro spider is quite the looker, with bright yellow, blue, and red markings that stand out on their 3-inch long black bodies. 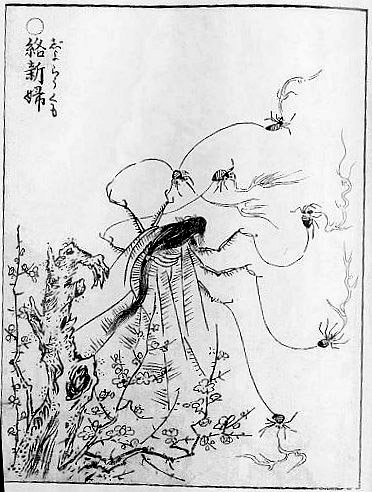 Eighteenth-century illustration of a Jorōgumo by Toriyama Sekien

These stunning spiders made their way to the Southeastern U.S. in 2014 via shipping containers, much like many other invasive species. They soon fanned out across Georgia, using webs up to 10-feet deep to float through the wind, Charlotte’s Web–style, traveling up to 100 miles at a time!

Though the spiders have been getting their peaches down in Georgia since their arrival, a September swarm has left researchers anticipating an explosion in population this year that will have millions of creepy colonizers propelling themselves across porches and powerlines as far north as Delaware.

The Joro spiders’ journey to the States is nothing new. Despite the current shipping crisis and cargo ships that catch fire en route to their destinations, shipping containers have a sordid history of bringing more than imported goods to international shores. Along with murder hornets, Asian longhorn beetles, and European green crabs, long-haul carriers have helped diseases travel the world, including the bubonic plague.

Originating in China, the bubonic plague—or Black Death—took out the entire army of Kipchak khan Janibeg, who had the bright idea to infect his enemies by shipping the infected corpses to the Genoese trading port of Kaffa, Crimea. The act of warfare got a bit out of hand, spreading like wildfire across Mediterranean ports before traveling inland until it killed an estimated 25 million people in Europe—about 60% of the population—in only four short years.

History may point fingers at rats for spreading the disease so rapidly, but in 2018, researchers used models of the disease to clear the rodents of their crimes, revealing humans as the true vessels of darkness.

Now that you’re good and scared, we’ll let you in on some good news: not only will the Joro spider not bring more disease or famine to the U.S., but it could also actually be beneficial!

With fangs too small to puncture human skin and venom that poses no risk, Joro spiders are considered completely harmless to humans, cats, and dogs (unless they’re allergic).

Unlike most invasive species, which often wreak havoc on local ecosystems, these beauties prey on destructive populations of brown marmorated stink bugs, which are known to damage crops and are hard to get rid of since they have no natural predators. Southerners rejoice if you see a Joro in your backyard this spring: they’re also excellent for mosquito control! 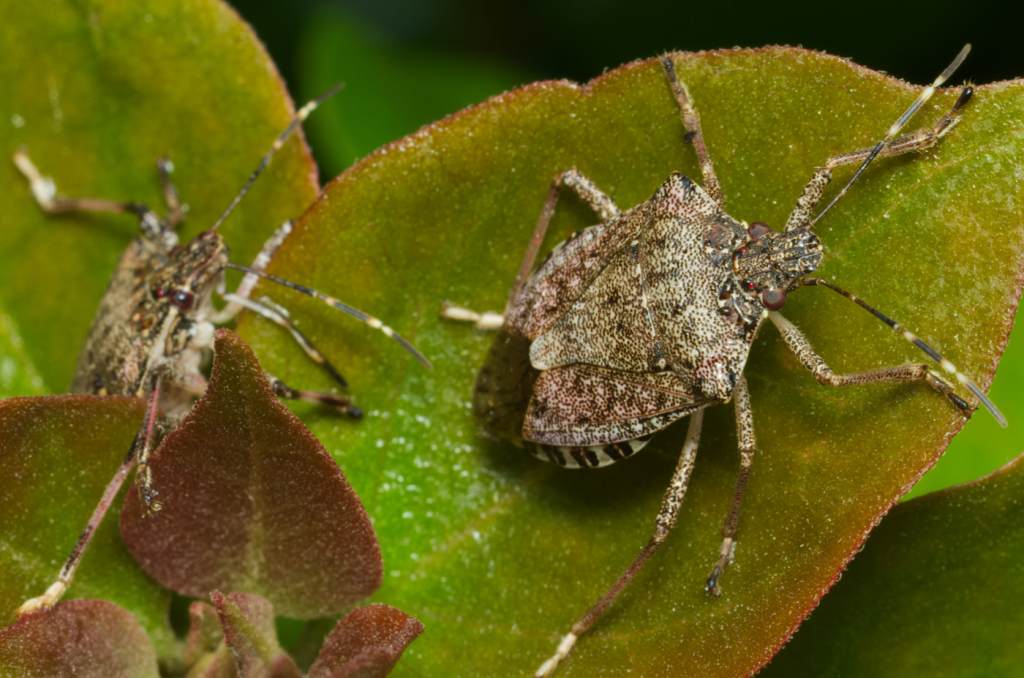 Stink bugs — one of the Joro spider’s favorite snacks.

If spiders give you the creeps, you’re in for a rough go of things. According to the study’s lead author, Andy Davis, there’s not much we can do about the spiders but learn to live with them.

“If they’re literally in your way, I can see taking a web down and moving them to the side, but they’re just going to be back next year.”

It sounds like these new neighbors are here for the long haul!