Patience Worth, The Ghostly Author, And Her Medium

Pearl often looked as though she was being two people at once—both consciousnesses existed at the same time and in her one body. 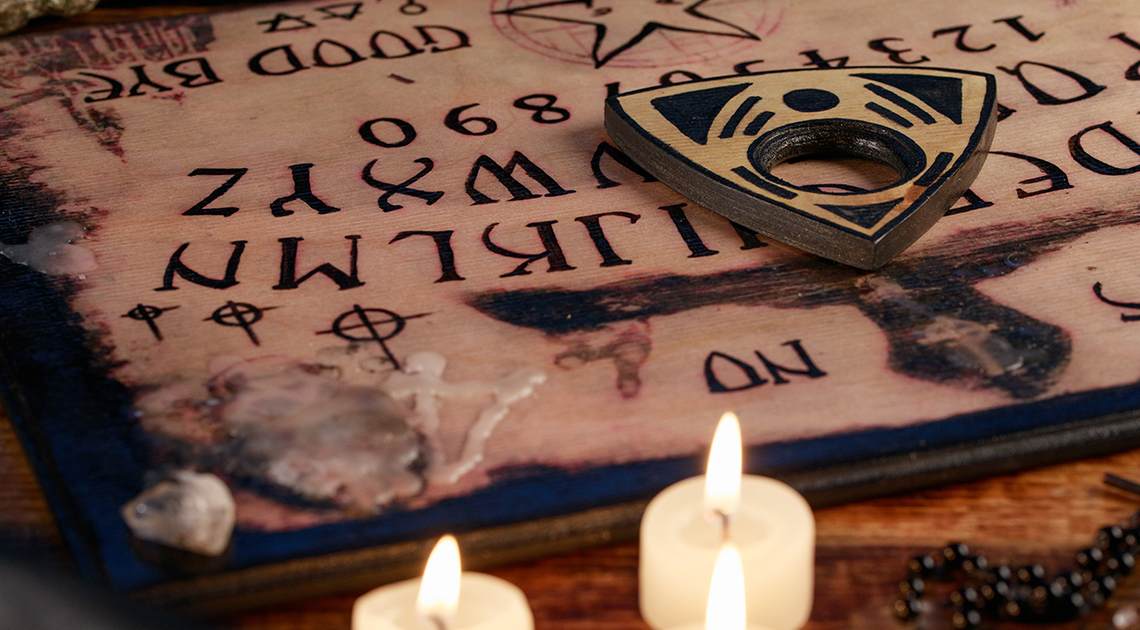 Around the turn of the century, spiritualism had risen in popularity for a number of reasons, and women were almost always at the forefront of the movement. Mysterious feminism consistently clashed with hardnosed masculinity. Male debunkers, from distinguished scientists to flamboyant showmen, traveled the country to uncover spiritualist frauds. But, there was one who remains a bit of a question mark to this day—the author from beyond the grave, Patience Worth, who is said to have come to her earthly conduit, Pearl Curran, through a Ouija board.

Patience became an overnight sensation; people traveled for miles on end to see her perform in Pearl’s living room. Through Pearl, Patience would recite poems and stories she created on the spot, while also interacting with the audience. Not only was she adept at putting on a show, but Patience also wrote several fairly popular novels, plays, and other literary works through Pearl. Now that she has mostly faded into obscurity, there is still some confusion about whether or not Patience was real—or just an elaborate scheme cooked up by a bored and clever housewife.

Pearl Curran, then Pollard, was born in Mound City, Illinois in 1883. As a child, she moved around quite a bit and was eventually sent to live with her grandmother in St. Louis, Missouri. While she was interested in playing the piano, acting, singing, and being a generally talkative child with a good memory, she dropped out of school at 13 as the result of a “nervous collapse.” She married John Curran at the age of 24, and as a childless, jobless housewife, was starting to get a bit restless.

It’s said she complained of many ailments that, in the end, turned out to be nothing. This proved her very similar to other women of her time, earning the title of hysteric or hypochondriac when, in most cases, they were simply reaching out for something beyond the constricted lives they lived. 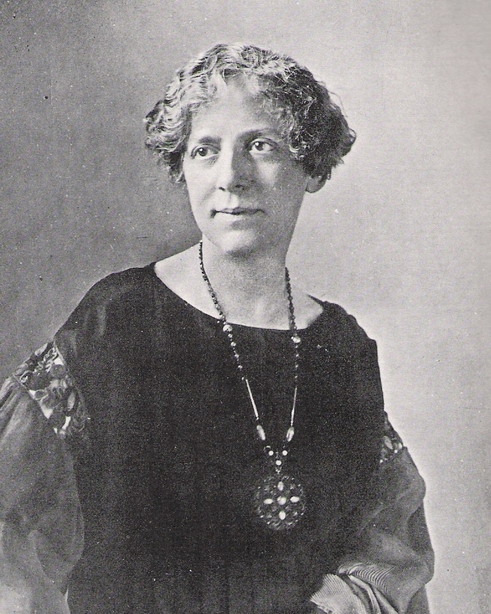 However, this all changed when Pearl’s father died and her friend, Emily Grant Hutchings, suggested the two of them try to contact him from beyond the grave. At the time, spiritualism was flourishing, and Ouija boards had become a popular fixation for those hoping to dip their toes into the occult. Pearl and Emily were not able to contact Pearl’s late father, but they did, in fact, claim to contact a spirit.

On July 8, 1913, Pearl and Emily received a ghostly message from the Ouija board:

“Many moons ago I lived. Again I come—Patience Worth my name.”

Patience claimed she was the spirit of a 17th-century woman who had sailed to America from England and had been killed by Native Americans. While Emily originally took over the questioning of Patience, Pearl quickly began to believe that the spirit was trying to reach out to her and her alone. She stated she could see pictures in her head when she sat down with the Ouija board, ones she was convinced the spirit was trying to share with her. Soon, people began to get wind of this ghostly occurrence, and Pearl and her husband started holding gatherings in their home where people from all walks of life could view Patience’s storytelling prowess as funneled through Pearl.

Patience Worth began to conduct readings of her poems as well as original compositions in front of audiences in the Currans’ sitting room. Pearl spelled out the words on her Ouija board as they were spoken to her, and her husband recorded them on paper in shorthand. While she was spelling, Pearl would hold conversations with the audience members or smoke a cigarette. Often, Pearl looked as if she was being two people at once—as if both consciousnesses existed at the same time and in her one body!

It seemed as though Patience was composing the works as Pearl was spelling them out. But despite seeming off-the-cuff, they were always impressive to audiences and remained of a consistently high literary caliber. Patience would also answer questions from the audience. When someone asked her what tribe the Native American who killed her came from, her cutting reply: “Would ye with a blade at thy throat seek the [identity] of thine assassin?” 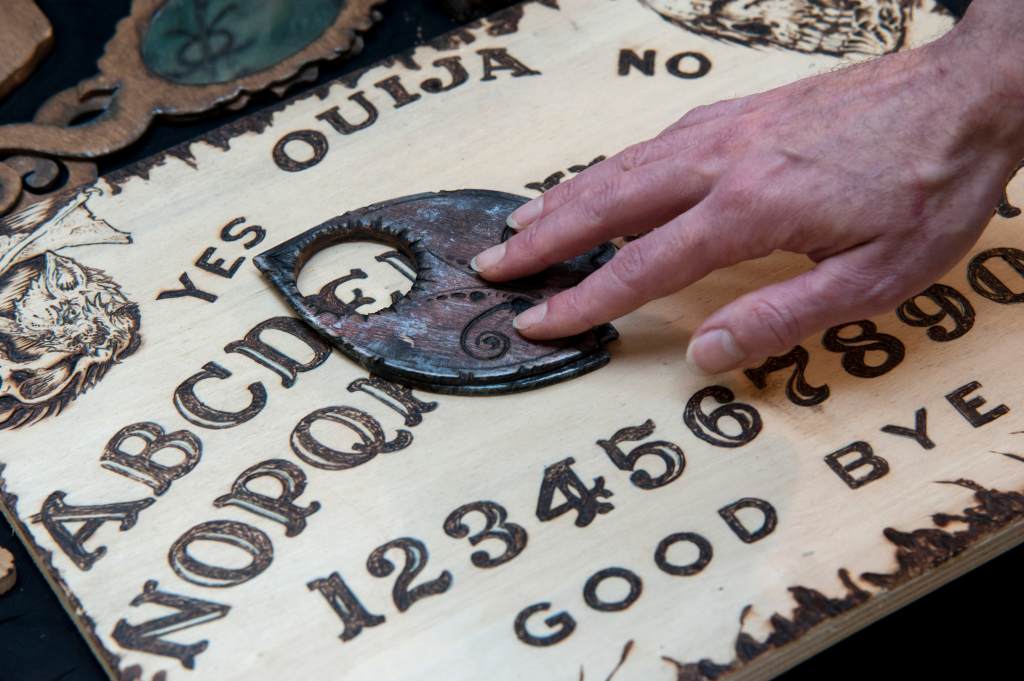 Many notable people visited the Currans’ home for Patience’s readings. Edgar Lee Masters, the poet who wrote Spoon River Anthology, Stephen Braude, past president of the American Parapsychological Association, and Otto Heller, dean of Washington University in St. Louis’ Graduate School, were all truly flabbergasted by their visits to the ghostly author. But of course, Patience and Pearl certainly had a number of detractors, however, none were able to fully pull back the curtain—or even explain Patience’s work without acknowledging some confusion as to how it was done.

In 1915, Casper S. Yost, the editor of the St. Louis Globe-Democrat’s editorial page, asked the Currans if he could write a book about what he had witnessed during their sessions. The book was titled Patience Worth: A Psychic Mystery. It was published in 1916—perfect timing, as books concerning ghosts and spirits were their peak popularity during the war. The book contained some of Patience’s words of wisdom and a number of her poems, including the one below:

“Am I a broken lyre,

Who, at the Master’s touch,

Respondeth with a tinkle and a whir?

Or am I strung in full

And at His touch give forth the full chord?”

In 1917, Patience’s own novel, The Sorry Tale, was published. Its reviews were stellar. However, her next novel, Hope Trueblood, which was published the following year, did not receive the same excitement. For one thing, it was written in a decidedly more modern voice. Pearl claims it was intentional as Patience wanted to broaden her audience. And for another, it was released after the spiritualist fad had begun to fade, making it seem passé.

By the 1920s, people had largely begun to forget about Patience and Pearl, and although the Currans had enjoyed some moderate financial success from the venture, it seemed they were still struggling to make ends meet. Pearl explained that “entertaining 8,000 persons at [their] home” was an expense they hadn’t factored into the project. Plus, John had lost around $4,000—quite a large sum of money at the time—on a Patience Worth-themed magazine that hadn’t sold.

In 1922, John died, and Pearl gave birth to a child six months later. After having adopted another child while John was still alive, she now had two children, no husband, and very little money. Pearl started making appearances at private parties and traveling the country, performing readings and compositions for those who wanted to see them. Pearl married twice more, and it was said she was still able to conjure Patience until a week before her death in 1937.

There are many reasons why people believed Patience to be fake and Pearl to be a fraud. For one, the name Patience Worth was the name of a character from the popular, turn-of-the-century novel To Have and To Hold that had been written before Pearl began conjuring Patience. For another, Pearl and John hand-picked the scientists to whom they would submit themselves for scrutiny.

Still, no one was able to prove whether or not Patience actually existed. Yost journeyed to Dorsetshire, England, where Patience claimed she’d been born, to see if he could find anything she’d described or evidence that a Patience Worth had lived there during the 17th century, but results were inconclusive.

Those who tried to explain away the phenomenon with scientific evidence, however, also came up short. Though Charles Cory, chairman of Washington University’s philosophy department, argued that Pearl had a form of multiple personality disorder—or what we now call dissociative identity disorder—people who suffer from this problem usually only have one personality inhabiting the body at a time. Patience and Pearl seemed to both be aware and present at once.

Finally, if it is to be believed that Pearl was a gifted liar who simply made up everything, there is still quite a bit of confusion as to how this was done. How did she manage to write so eloquently, as well as to mirror the style of 17th-century writing, when she had dropped out of school? And how did she so easily communicate with others while Patience spelled out her stories, seemingly never making a mistake or fumbling over her words?

As far as mysteries go, this story remains thick with it in a way few other turn-of-the-century spiritualist tales do.

Next post A Reminder To SSS-Shut Your Mouth When You Sleep!