Long ago, the hyper-lore surrounding Paul Revere galloped away with the facts. 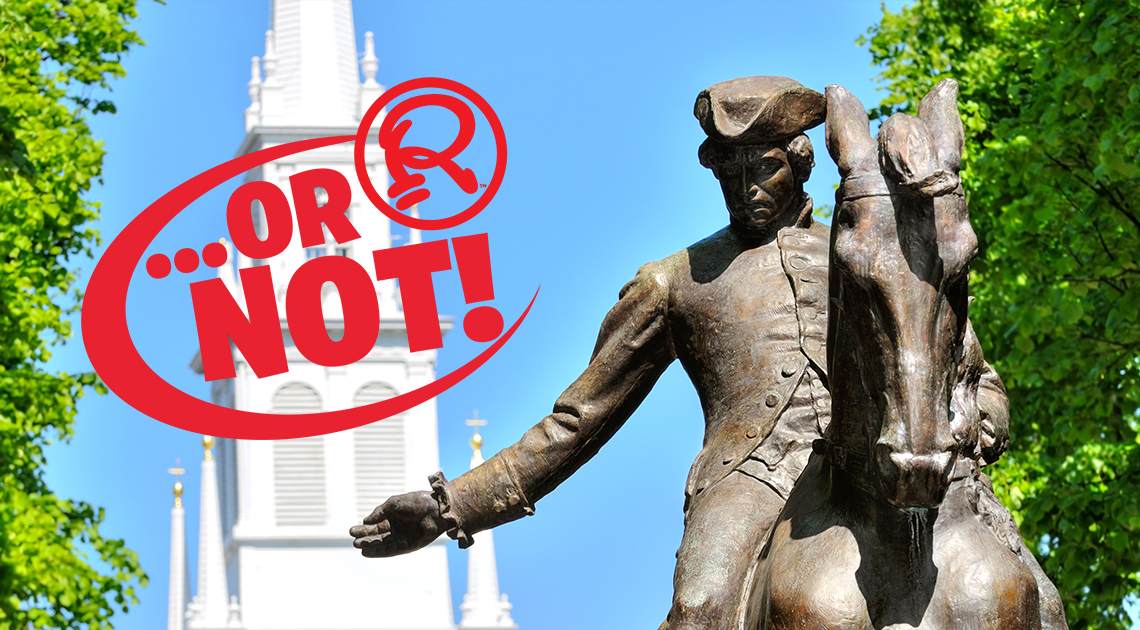 Paul Revere’s midnight ride remains an iconic event in early American history. According to legend, on the night of April 18, 1775, Revere galloped through the streets of Lexington and Concord, Massachusetts. As he rode, he loudly proclaimed, “The British are coming! The British are coming!”

Believe It or Not!, there’s a lot about Revere’s midnight ride that later generations have gotten wrong. From what he said to how many riders alerted the countryside and who finished the mission, let’s explore the truth behind the legend.

By April 1775, Massachusetts was a powder keg awaiting a spark. British soldiers sat stationed in Boston, their numbers steadily increasing since the Boston Tea Party in 1773.

Their objective was twofold. First, to disarm the residents of the Massachusetts colony. Second, to arrest and imprison its leaders, John Hancock and Samuel Adams. Hancock and Adams fled to Lexington, where Hancock’s family hid them. Massachusetts patriots realized, however, that it was only a matter of time before their two boldest heroes would get arrested.

They had to act. So, patriots summoned the Bostonian Paul Revere to their aid. Since 1774, Revere had worked as an express rider, carrying news, copies of important documents, and messages for the Boston Committee of Correspondence and the Massachusetts Committee of Safety. His routes took him as far afield as Philadelphia and New York. As an expert rider and member of the Sons of Liberty, he proved a trustworthy choice for the colonial rebels. 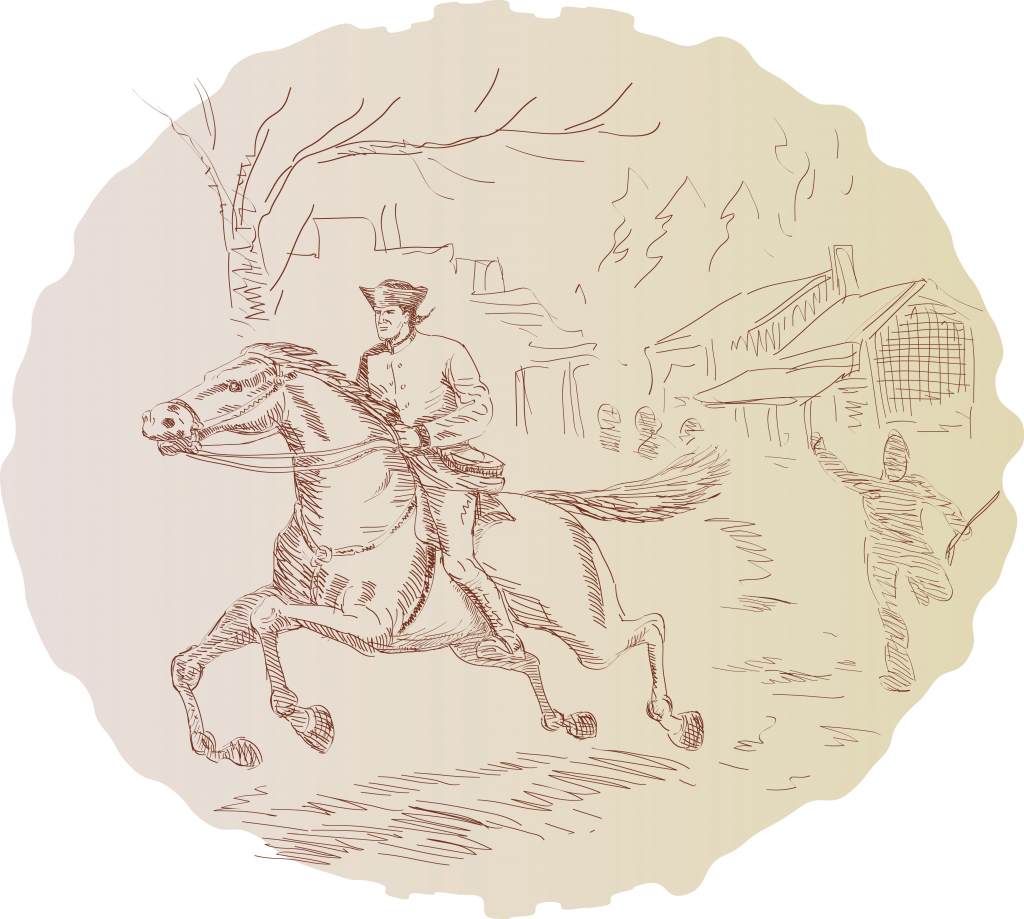 One If By Land, Two If By Sea

Dr. Joseph Warren asked Revere to deliver a message to Hancock and Adams in Lexington when the time was right. He also needed to alert the colonists scattered throughout the countryside of the advance of regular troops (a.k.a. Redcoats) marching from Boston. Warren had received intelligence that British troops intended to arrest Hancock and Adams as well as seize military stores of ammunition, gunpowder, and several cannons in Concord.

To ensure their warning plan went off without a hitch, Revere contacted an unidentified friend (likely, Robert Newman, the sexton of the church) to signal the patriots from the Old North Church tower when the troops started to march. His instructions included an ingenious way to communicate the direction taken by the soldiers. One lantern if they left on land via Boston Neck and two if they rowed across the Charles River to Cambridge.

Although Henry Wadsworth Longfellow chose to immortalize one man in his famous poem, Paul Revere’s Ride (1860), Revere was by no means the only rider that night. He organized fellow members of the Sons of Liberty to head out into the Massachusetts countryside, warning as many people as possible. Riders included Dr. Samuel Prescott and William Dawes.

On the evening of April 18, Revere traveled to the North Church and asked his friend to station two lanterns in the tower, alerting local patriots and riders that troops would arrive by sea. Then, two of Revere’s friends rowed him across the Charles River, slipping past a British warship in the dark.

After ensuring his fellow patriots had seen the double lanterns and informing Colonel Conant of recent events in Boston, Revere headed out on horseback. He borrowed a ride from the local merchant and patriot sympathizer, John Lark.

The Regulars Are Coming!

On the outskirts of Charlestown, Revere had a near-miss with a handful of British officers, forcing him to improvise en route. In Medford, he warned Isaac Hall, captain of the local militia, and all of the town’s residents. Yet, he remained careful not to disturb the Royall Mansion where well-known Loyalists lived. He did, however, speed across the mansion’s grounds undetected.

Arriving in Lexington after midnight, he warned Hancock and Adams with the same words he proclaimed in Medford, “The Regulars are coming!” It would have sounded like gibberish for Revere to refer to these forces as “British.” After all, Revere and his fellow patriots still considered themselves British, too. “regulars” referred to members of the King’s army. The term “American” didn’t come into common parlance until much later. George Washington didn’t even speak the word in his first inaugural or farewell addresses. 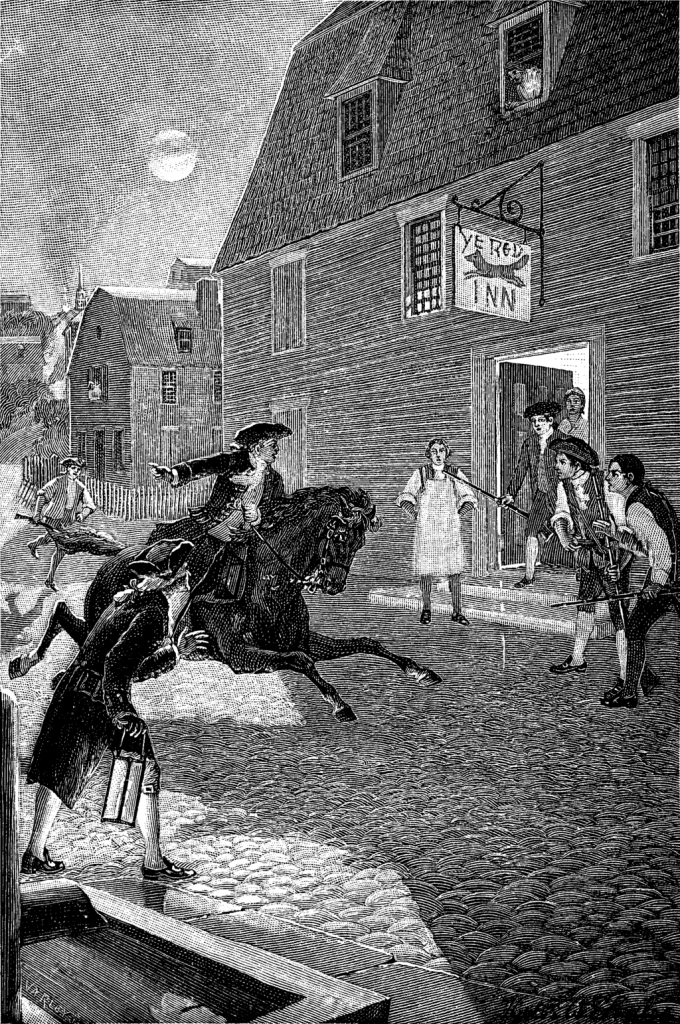 Who Finished the Famous Ride?

William Dawes met up with Revere in Lexington at 12:30 am. After a quick rest, they rode on toward Concord. They still needed to ensure the military stores had been properly dispersed and hidden. Just outside of Lexington, they met up with fellow rider Dr. Samuel Prescott, pressing on together. A short while later, a British patrol intercepted all three riders.

Fortunately, Prescott and Dawes managed to escape, but Revere was held for questioning. Eventually released, he had to surrender his mount to a British sergeant with a tired horse. Revere trudged back to Lexington on foot, arriving in time to witness part of the battle on Lexington Green. In the end, Prescott alerted the militia in Concord.

While Revere never made it to Concord, he and his fellow patriots still managed to achieve their objectives. The critical nature of their mission meant designing a plan that could go off without a hitch, even if one or more of them got captured.

And that’s what happened the night of the midnight ride, providing the spark that would ignite the American Revolution.