The search for a winning smile has been one for the ages, and plenty of people from all over the world have strived since the dawn of civilization to whiten their teeth. It wasn’t always easy.

As you might imagine, there have been more than a few curious theories on what might get the job done—including the application of urine and even filing down teeth to remove their stained top layers. Below, a look at the good, the bad… and the ugly.

The Egyptians are commonly thought to be the first humans obsessed with whiter teeth, and they developed a technique that actually worked; they’d apply a mixture of pumice and white vinegar to their teeth. This was about 4,000 years ago.

Meanwhile, Romans were known to use a blend of goat’s milk and human urine—the ammonia contained therein was known to be a strong bleaching agent. Uh, we’ll pass.

In the 17th century, barbers added tooth care to their services. What could go wrong, right? To be fair, there really wasn’t a whole lot to dentistry at the time; if a tooth was acting up, you’d yank the offending chopper and get on with your day.

But, if you found the thought of whitening teeth as the Romans did—with human urine—to be a turn-off, consider your barber essentially sanding teeth down with a metal file to then apply an acid. If we need to explain why that wasn’t a good idea, then you might be lacking in some fundamentals of tooth care yourself—and should probably get to a dentist, stat. 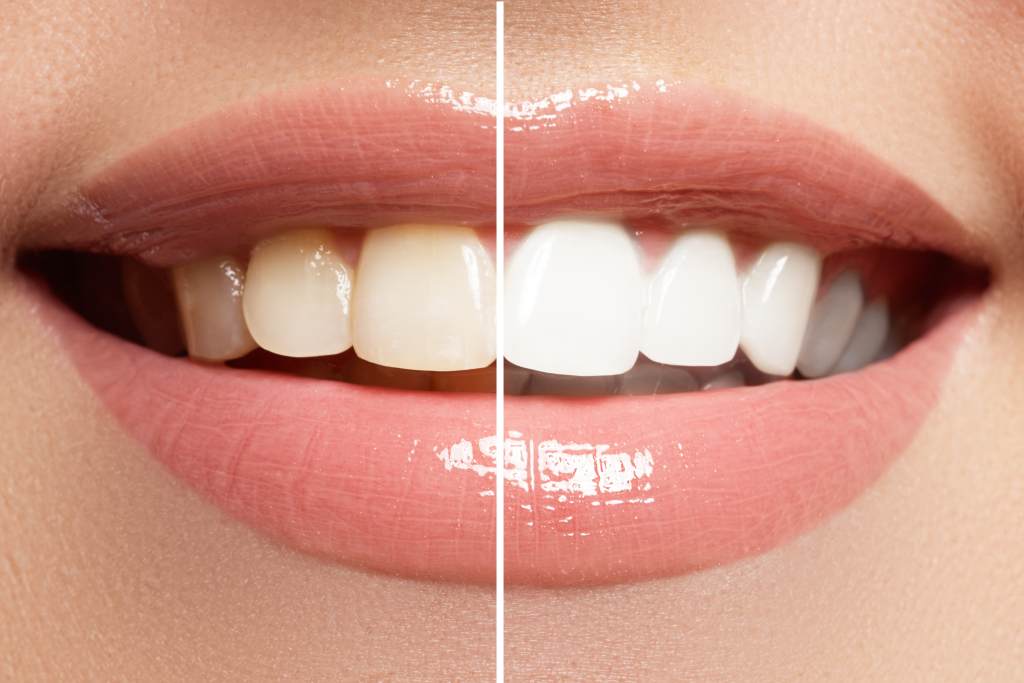