War Cats: Egyptians Lost A War Because They Loved Cats

Cats have been used many times in war! The egyptians lost a battle to a cat-wielding army! 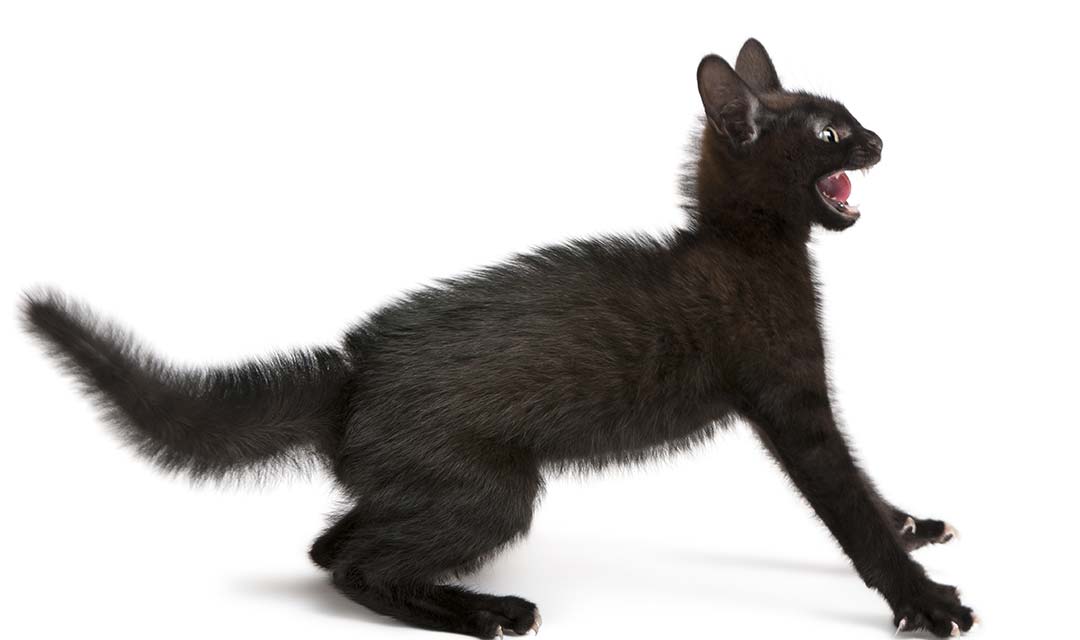 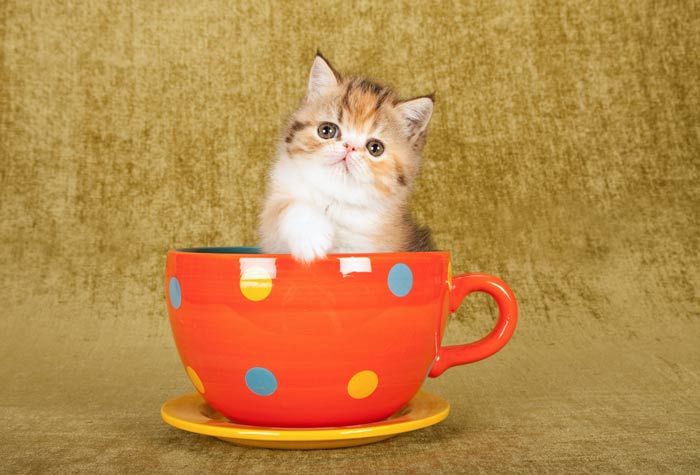 Adorable! But worth losing for?

Can you ever love cats too much?

We all know the Egyptians revered cats, some even worshipping them as Gods, but what’s the possibility their effervescent love for the feline have cost them a war?

Picture it, it’s the 2nd Century, war has been brewing between Egypt and Persia for some time and you’re an Egyptian soldier trained to be a deadly dervish of spear and sword. You’re stationed atop the high city wall ready to defend your king and country from the invading Persians, when in the distance you see something:
A horde of Persian soldiers brandishing swords and… cats? 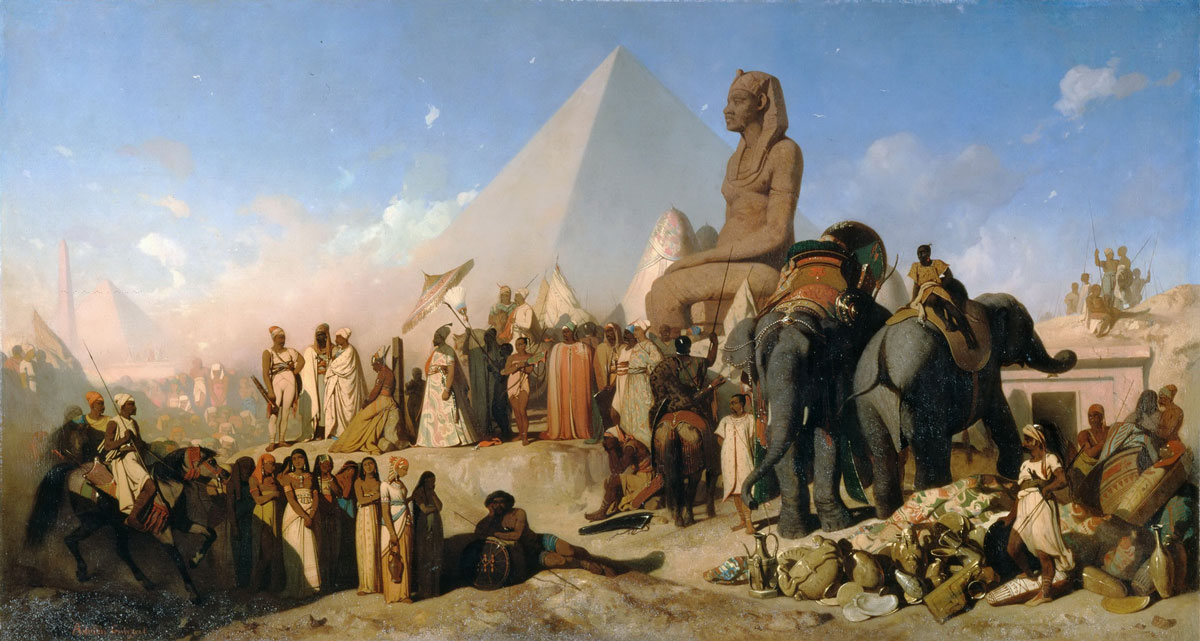 Meeting Between Cambyses II and Psammetichus III by Adrien Guigent

According to the Macedonian author of Stratagems of War, Polyaeunus, the invading Persians cunningly used cats to protect themselves from Egyptian arrow fire. The Persian king, Cambyses II, persuaded troops to carry these “mystical” animals into battle to prevent Egyptian forces from fighting back. He guessed the cats would give the Egyptians paws, refusing to attack for fear of hitting the cuddly creatures.

I can haz Egypt?

This tactic allowed Persian forces to successfully storm the City and win the battle. The method must have been effective, as battle historian Herodotus noted that 50,000 Egyptians fell in battle, while only 7,000 Persians lost their lives. Cambyses would kick-off the Persian Period of Pharaohs in Egypt that would last for nearly 200 years. 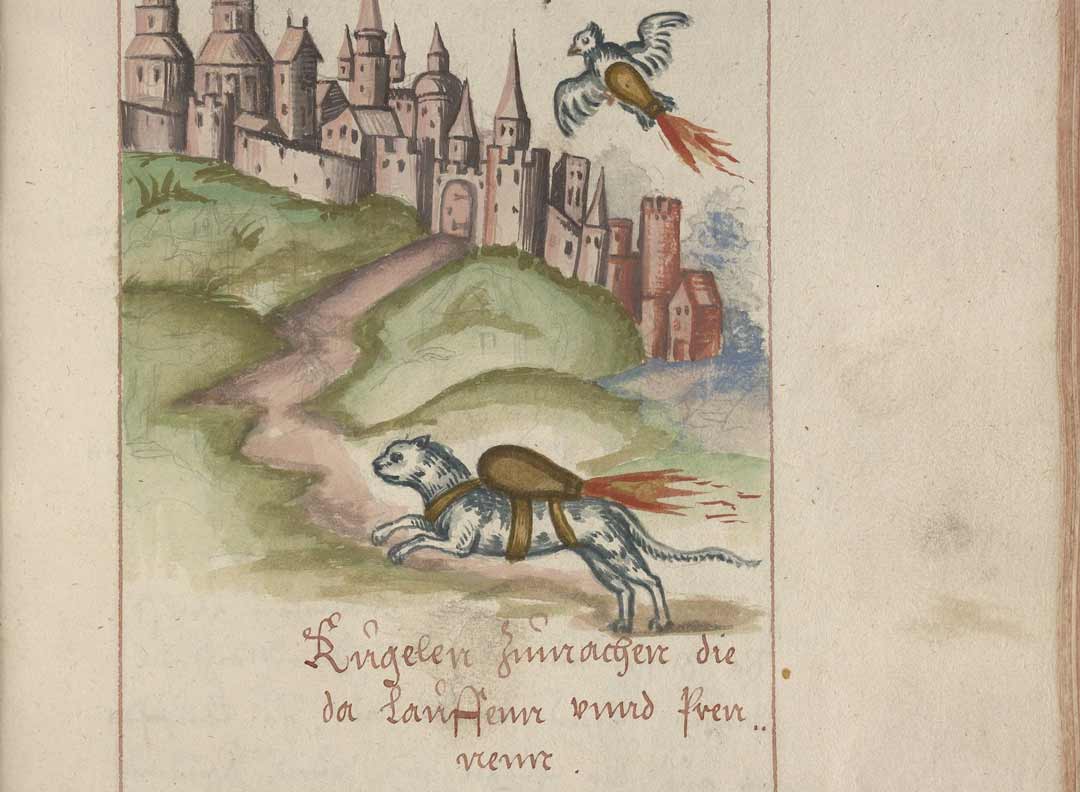 This idea would make anyone pause.

Persians aren’t the only army to use cats in war. Germany researched ways of using cats and even birds to spread poisonous gas in the 16th Century. The idea was to attach glass jars made into gas bombs to the animals, and then send them into enemy fortresses. Cats often just ran back at allied camps. Oops. 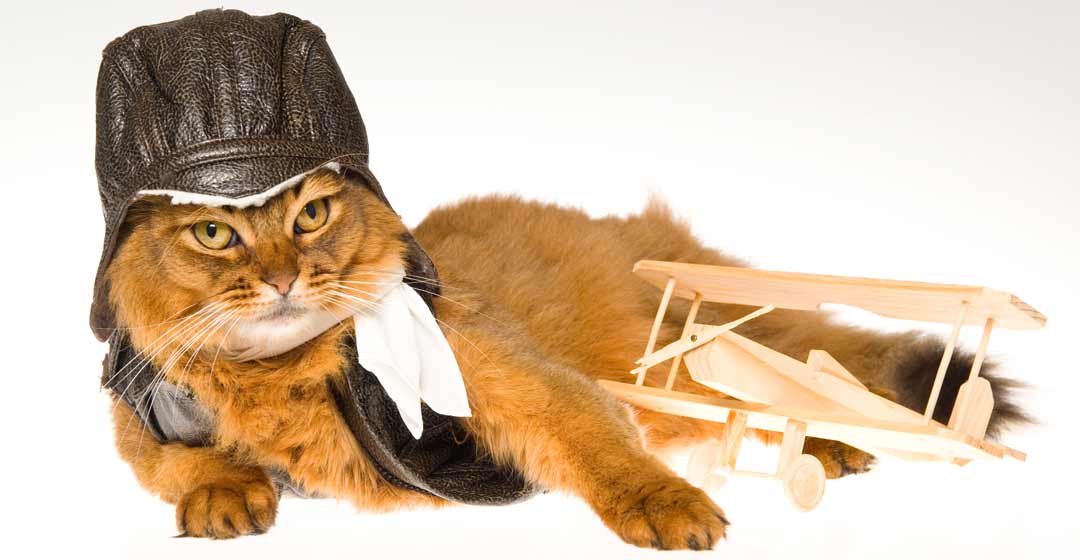 During the Battle for Britain, many families used cats as an early warning system for German bombers.
When the kitties sensed planes coming they would run for cover, and British civilians would do the same! 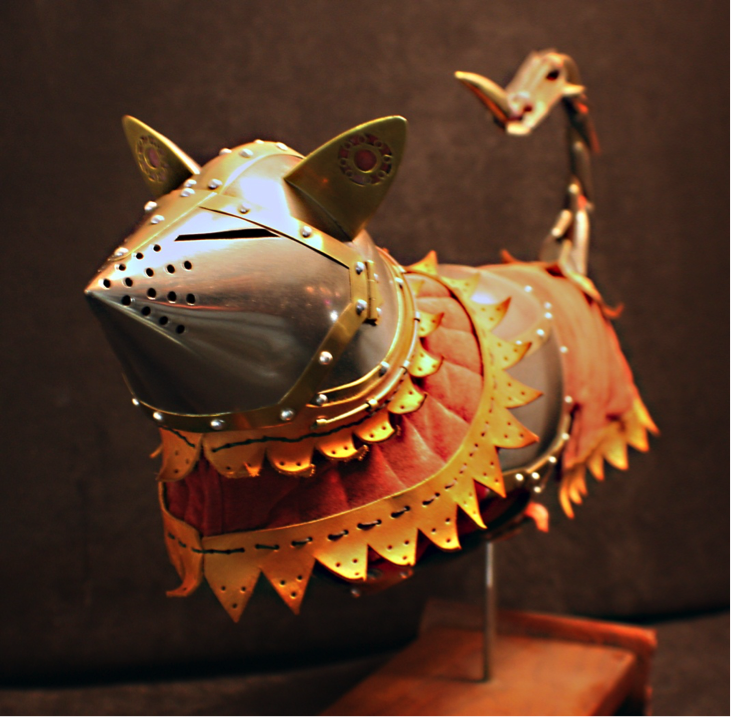 Today, artist Jeff Deboer celebrates the war potential of cats by making armor for his feline friends. This cat armor is made custom and by hand. This one is on display in our Myrtle Beach Odditorium.

What do you think? Could our affection for these lovable litters be dangerous? Comment below, and let us know!

Sources: Ms. Codex 109 | The Athenaeum | History of Herodotus | Manners and Customs of the Ancient Egyptians |