A Penny Falling From A Skyscraper Won’t Kill You

Have you ever wanted to drop a penny off a skyscraper? 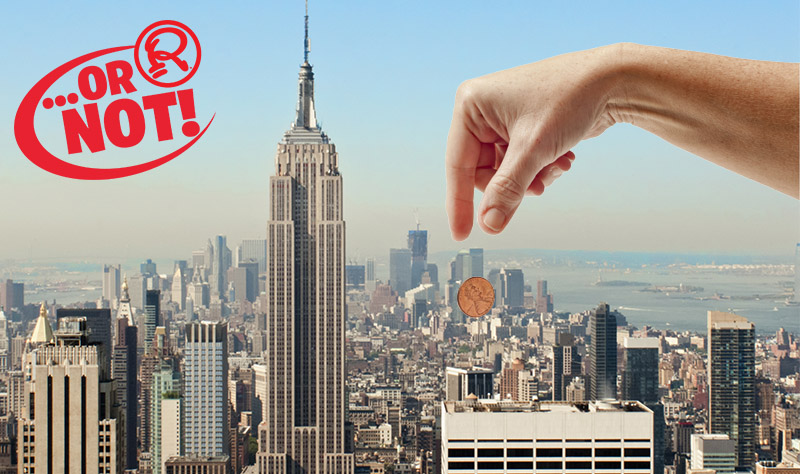 Today: Can a dropped penny kill?.

There are some people who can’t fight the urge to hurl a penny off a huge edifice, such as the Empire State Building, just to see what happens. Coins tossed from the New York City landmark settle on the pavement, on a vehicle, or possibly on an unsuspecting person 102 floors below. Is the velocity enough to kill someone?

The myth is that when a penny is subjected to the force of gravity it will speed up as it falls, wounding any living thing in its path. The truth is, a falling penny won’t kill you, but a falling ballpoint pen could put you in the hospital.

It’s difficult to imagine a penny as a lethal weapon (although it can be dangerous if swallowed by a small child). If a tourist decides to throw a penny from the observation deck of the Empire State Building, it’s unlikely it will do much damage to whatever it strikes below. Because of its size and shape, the air cushions the coin, preventing it from becoming a deadly weapon.

Pennies are round and flat. When dropped from a tall building, they have as much power as falling leaves, according to Louis Bloomfield, a physicist at the University of Virginia, as reported by Scientific American. A “victim” of such a penny attack would only feel a tiny bit of pressure on his or her body.

Bloomfield experimented with wind tunnels and helium balloons to simulate a penny falling from a skyscraper. He was hit by a few of the coins and was unharmed. The only way a penny would accelerate to such a point that it would cause damage is if it was dropped from a tall building encapsulated in a vacuum in which all the air has been removed.

In real life, a falling penny collides with air particles, which prevents the coin from accelerating. This resistance, or drag force, keeps the penny from rapidly moving downwards, which thwarts the force of gravity.

As the penny speeds up, it encounters more air resistance. The drag force and downward gravitational force balance each other, preventing the coin from accelerating. As a result, the penny drops at a constant speed (terminal velocity) to the ground. 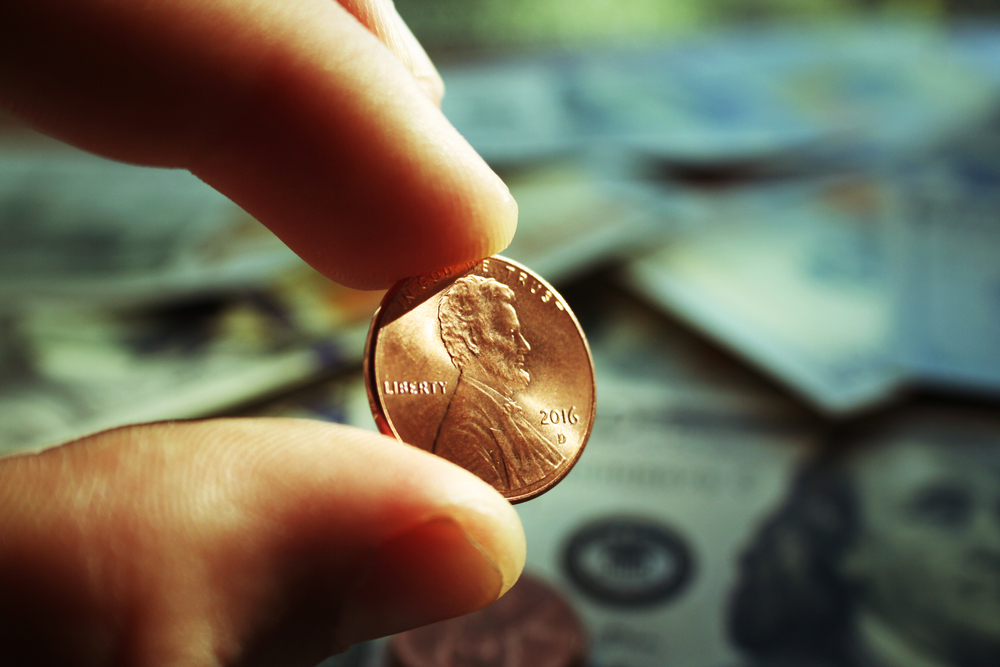 Pennies weigh just 2.5 grams (0.088 ounces) so not much drag is needed to slow them down. Their flat shape makes them particularly susceptible to air resistance. When thrown off a skyscraper, they will reach terminal velocity at about 50 feet down, according to Bloomfield. Then they will fall to the ground at about 25 mph (40 kph). In a vacuum, a penny thrown from a skyscraper would reach a speed of 208 mph (335 kph). This could certainly hurt someone, but it wouldn’t be strong enough to pierce his or her skull.

However, if a person decided to chuck a ballpoint pen from the top of the Empire State Building, then there could be some damage. Depending on its design and the way it falls, a pen could spin, flutter, or act as a torpedo, traveling up to 200 mph. A falling ballpoint pen could definitely chip a sidewalk and cause a head injury.