Details match the original at the microscopic level.

While most people are familiar with petrified wood, almost any organic substance is susceptible to petrification, given the right circumstances.

Fossils are created when an organic material—like a dinosaur skeleton—is permeated and replaced by minerals. The best examples create nearly perfect replicas of the original object and contain much of the original material of the subject. While dinosaur fossils are somewhat rare, petrified wood is fairly common. The minerals prone to petrification—like quartz and pyrite—often give fossilized trees an iridescent shine that cultures across the planet have long found pleasing. It’s typical to find bowls, jewelry, and sculptures using petrified wood. 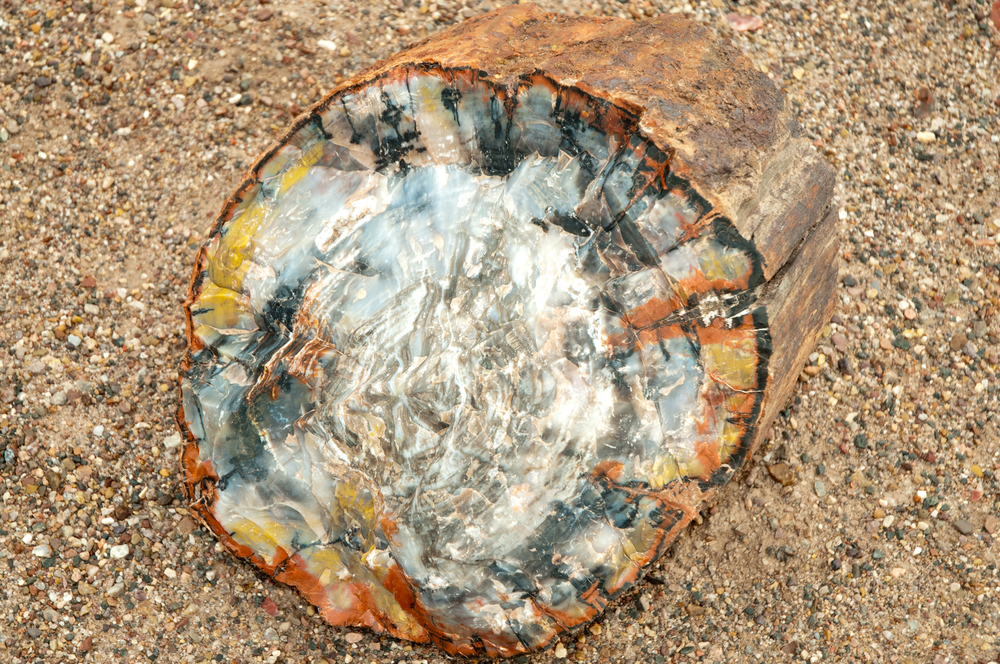 While wood and bone are typically the only things strong enough to hold up against the rigorous process of petrification, in rare cases, other more delicate objects can be turned to stone as well.

Petrified fruit has been found dating back to the third century in Egypt. An example in the Metropolitan Museum was excavated in Egypt in 1923, and experts believe it survived centuries underneath the city of Thebes. While citrus seems to be the most common fruit to undergo petrification, the Ripley collection also houses petrified apples, peaches, and pears. 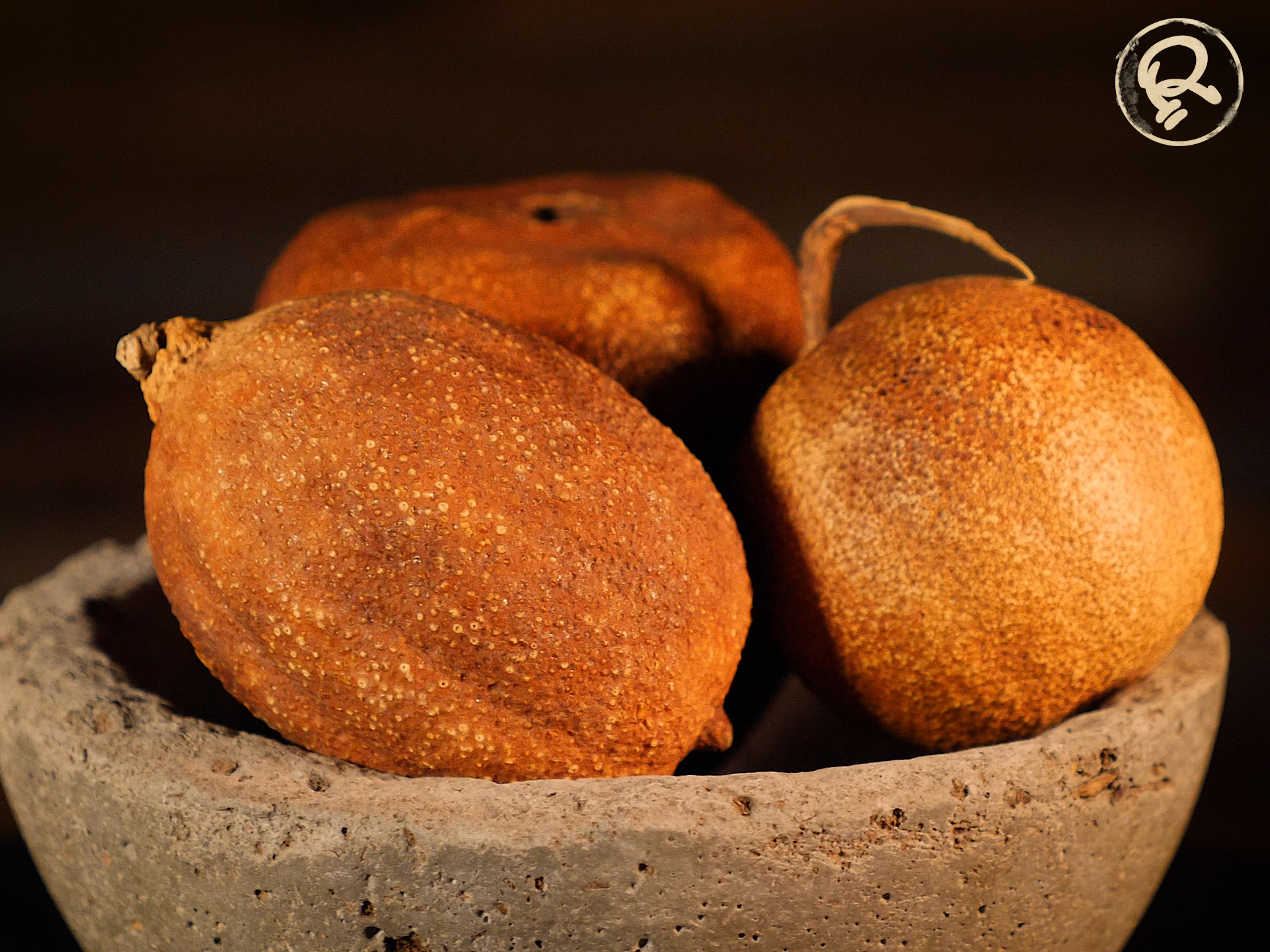 A fully petrified piece of produce may seem slightly decomposed on the outside—the skin bearing the brunt of weathering—but inside, the intricate folds of its flesh are fully retained, rendered in stone.

Details match the original at the microscopic level. The texture of the skin still show the trademark dimples of citrus. It’s unclear exactly what conditions cause perfect petrification of fruits possible. Some petrified oranges have been found in riverbeds, while others were discovered in arid environments. Either way, it would the process probably takes place when the fruit isn’t subject to mold or bacteria. The longer the fruits resisted rotting, the more time minerals had to move in and petrify the object. 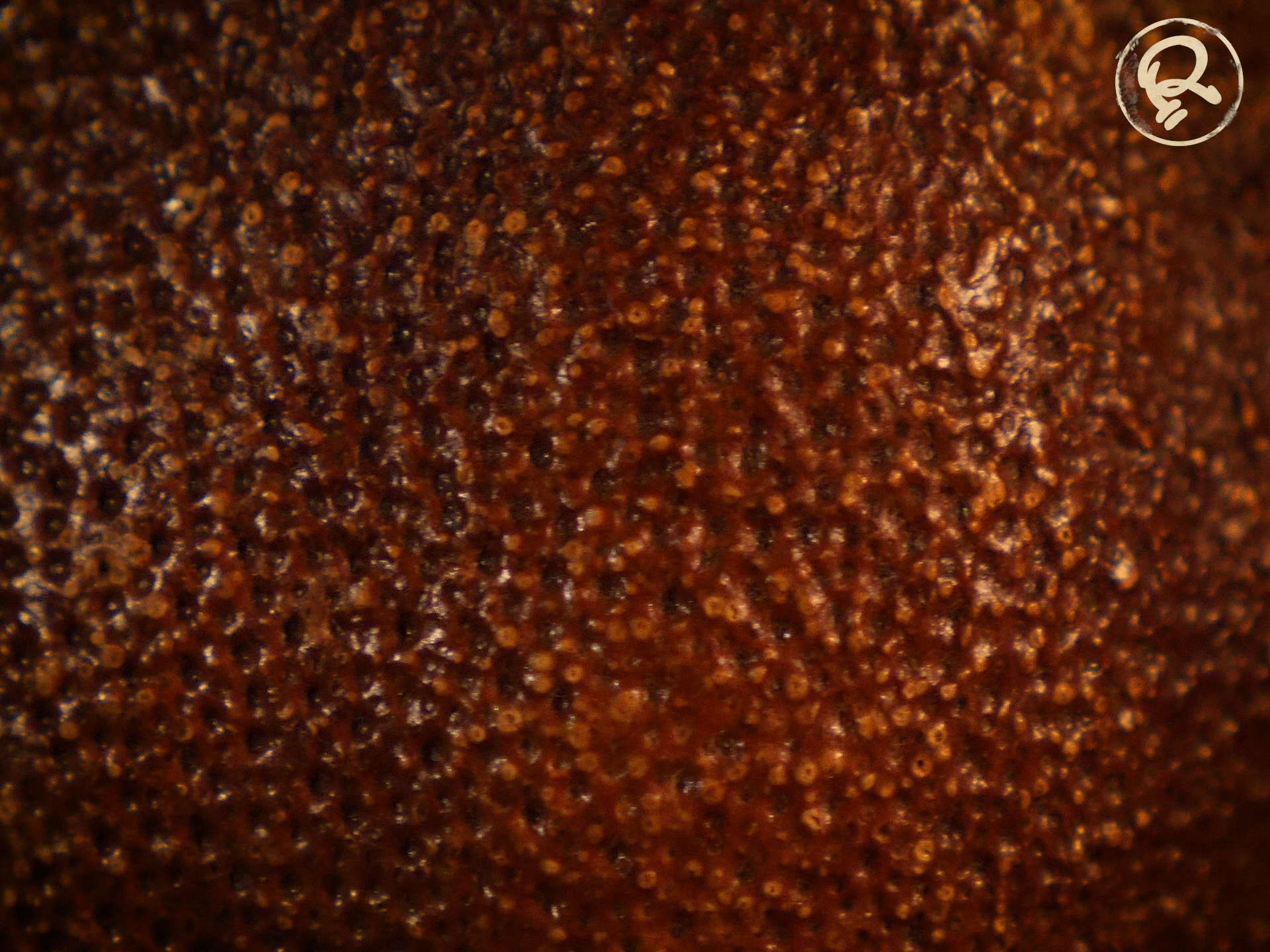 Next post The Cardiff Giant: A Stone Man's Secrets