Petrified Lightning! When the Ground Turns to Glass

What happens when lightning strikes sand? 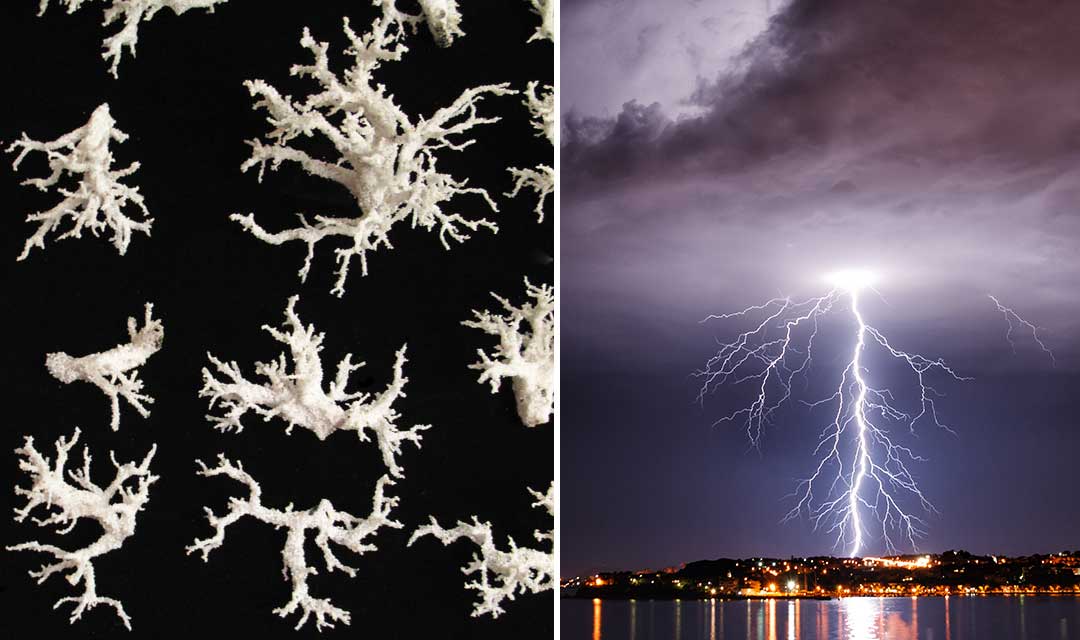 When the Ground Turns to Glass 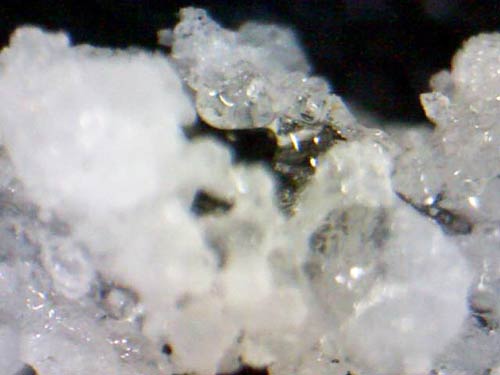 Microscope images of fulgurite by yoyoj3d1

When a lightning bolt hits the ground, it’s hotter than the sun. Hot enough that it can melt and fuse sand, silica, and some soils!

Petrified Lightning or “Fulgurite” is exactly that, Glass made by lighting!

Fulgurite left behind by lightning is a veiny, organic looking artifact made of sand that’s been superheated and then quickly cooled. It’s a hollow tube in most cases and the inside extremely similar to glass as a result of cooling so rapidly.

The shape left behind looks like a miniature petrified lightning shape or Lichtenberg figure.

The National Weather Service estimates there are over 22 MILLION lightning strikes every year just in the United States!

Natural fulgurite can be very hard to find because it is extremely delicate and may easily fall apart right in your hands. So if you find one make sure to be careful!

After the strike, the glass is left behind in the sand sometimes as deep as 49 feet under the ground. Some will even be inside layers of soft rock!

Where to Find It

Petrified Lighting may be found around sandy mountain ranges or beaches where lightning strikes often. They can be quite hard to be found.

On the other hand, if you don’t want to go out looking for these delicate artifacts, the Corning Museum of Glass has an exhibit on fulgurite.

Artificial Fulgurite is made by passing extremely high voltages of electricity through sand to fuse it together into those amazingly intricate shapes.

I really really don’t suggest you trying it, because it requires putting about 2,400 volts of electricity through sand. That’s more than 20 times the amount in a power outlet. The results are pretty cool and you can see them below!

Watch the video at the bottom 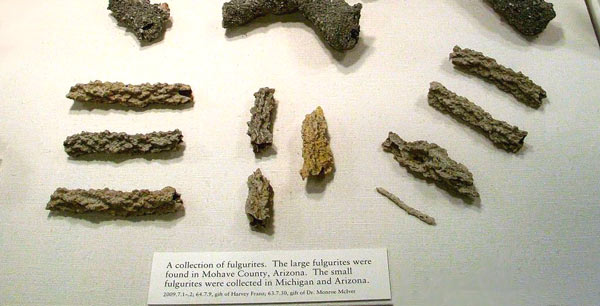 Natural Fulgurite in the Corning Museum of Glass 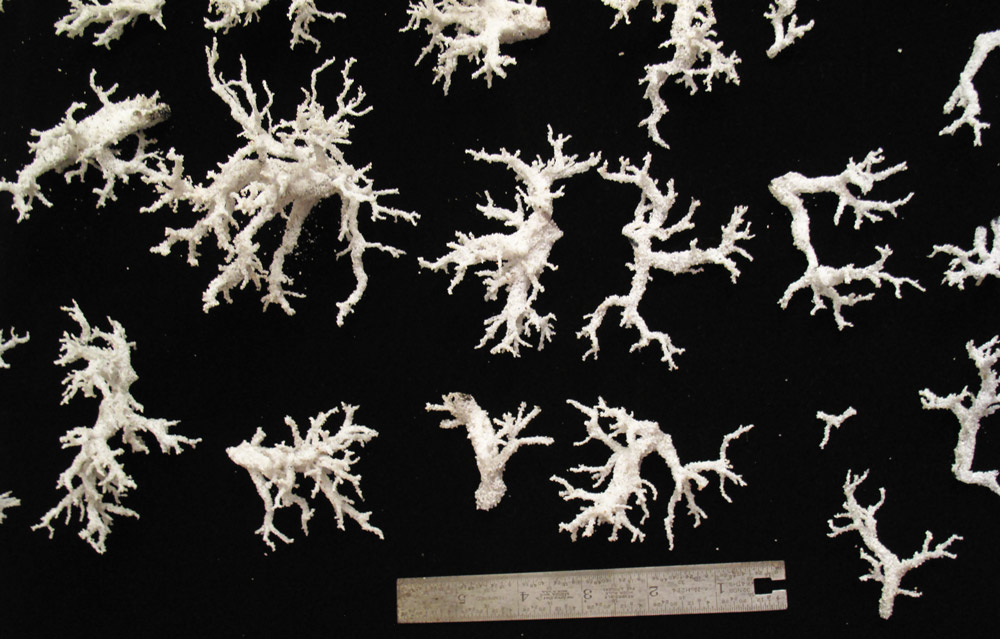 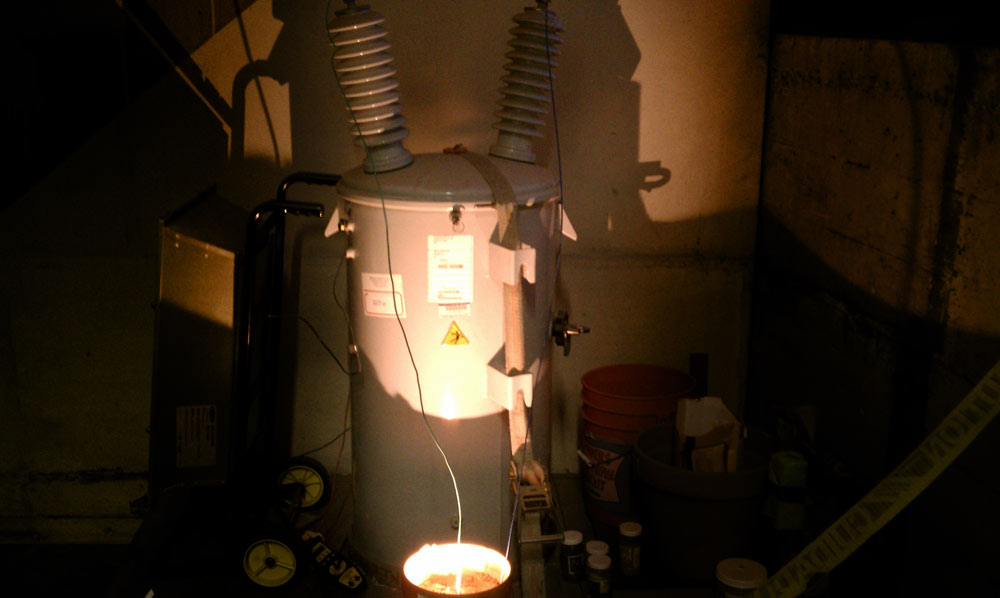 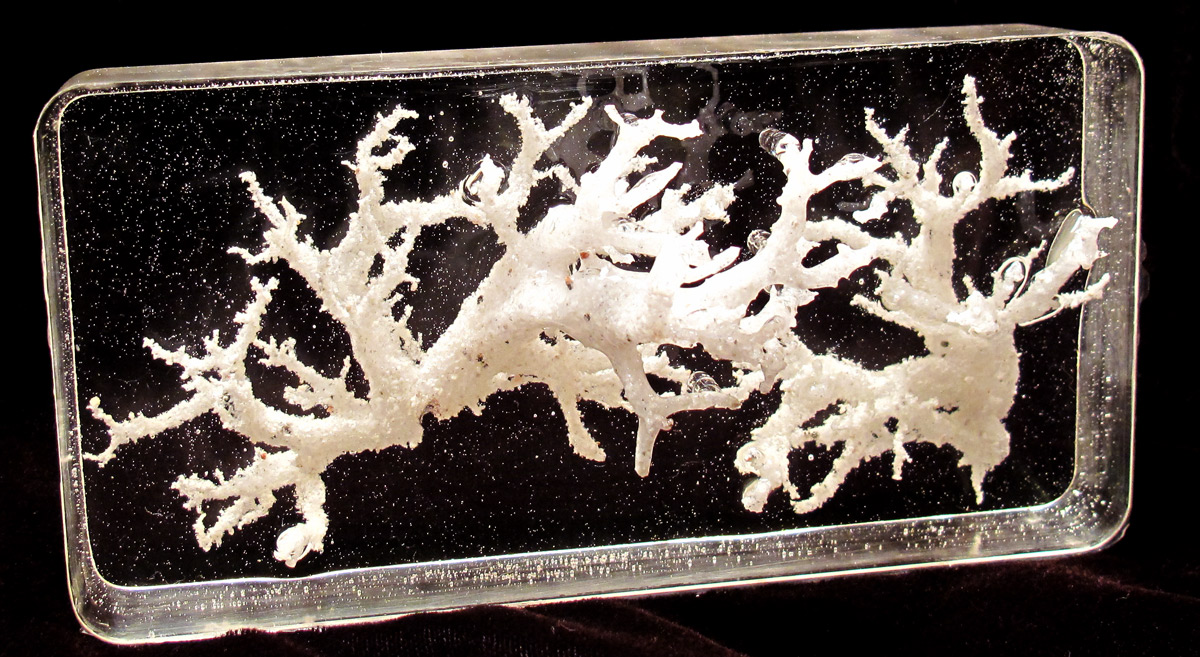 Previous post Amazing Performers Dance On the Outside of a Skyscraper