When Pink Water Poured out of Canadian Faucets

Residents wondered if it was dangerous, or just fabulous. 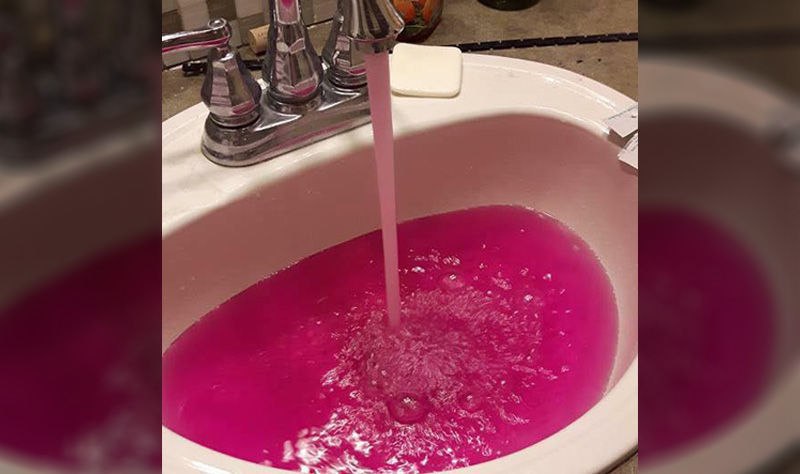 Frighteningly pink water dripped from the faucets of Onoway residents’ homes. Nearly 1,000 people were affected by the luminous water.

Most were unsure what to do. They didn’t know if it was poisonous or just fabulous.

Eventually, the mayor released a statement, apologizing for the mistake.

“We are still assessing what exactly happened but it appears a valve may have stuck allowing the potassium permanganate to get into our sump reservoir and thereby into the Town’s water distribution system.” -Onoway Mayor Dale Krasnow

Unlike the soda ash that turns this lake in Africa pink, potassium permanganate caused the tap water’s color. The substance is a relatively harmless additive used to remove bad taste and odors from drinking water all over the world.

(Note that a can of beer is essential to every Canadian’s morning hygiene.)

The water returned to normal within a few hours of everyone flushing their home’s water system, but residents were not amused.