The Current Plight of Clowns

Militias were organized to combat clowns. 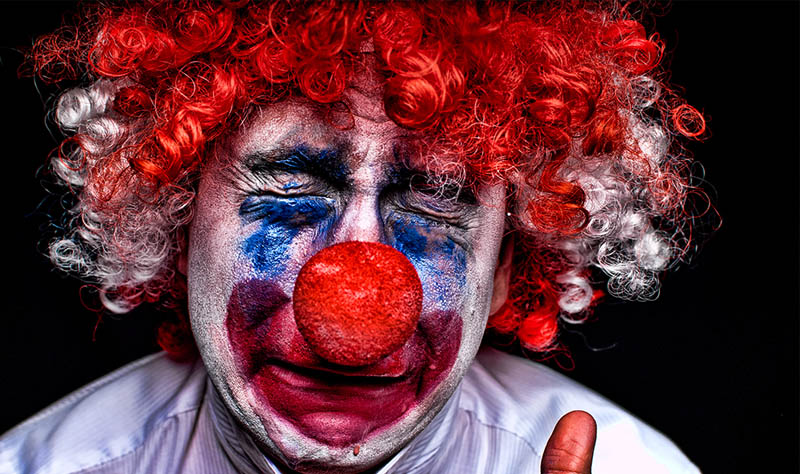 The Plight of Modern Clowns

The past couple of years have been hard for clowns, but does that mean it’s time to hang up the red nose and oversized shoes?

After 27 years, Stephen King’s haunting clown returns to make a new generation scared of clowns.  While the 2016 clown sightings blindsided the clown industry, professional clowns have been dreading the release of It.

Pam Moody, the president of the World Clown Association (WCA), has even prepared press kits for clowns to deal with the movie’s release.

“The character in the movie “IT” should be understood to be a fantasy character – not a true clown.” –from the WCA press release.

Multiple clowns have complained to the WCA about lost gigs caused by the film. They go on to point out that Jason wears a hockey mask, but that hasn’t made people any more afraid of hockey players.

“This is clearly not the act of a professional clown.” –from the WCA press release.

According to a survey conducted by Vox, 42% of Americans experience some form of coulrophobia: the fear of clowns. That’s more people than said they were afraid of climate change in the same survey.

According to Dr. Dena Rabinowitz, a clinical psychologist specializing in anxiety disorders, the main reason people dislike clowns is the makeup. Clown makeup hides the wearer’s true facial expressions, making people instinctively distrustful. She also says that modern culture has also developed an inherent mistrust of people who are happy all the time, leading them to be suspect of hidden motivations.

Besides already facing a generation of parents who were more terrified of clowns than any generation before, birthday clowning is also on a downturn.

The clown profession has suffered blow after blow in recent years, starting with a series of “Clown Sightings” in 2016.

The 2016 clown sighting phenomenon started in Greenville, South Carolina, at the height of summer. Most incidents involved clown sightings in random locations, including near schools, in forests,  and in cemeteries.

Over 19 countries were involved in these clown scares, which resulted in threats of organized militias fighting the clown “threat.”

The Clown Motel is for Sale

The Clown Motel sits in the middle of the Nevada desert and has long been a favorite locale for the people at Ripley’s. Opened in 1985, and literally covered from floor to ceiling in clowns, people could pay just $40 a night to stay in this clown-filled motel.

Despite its fame, the owner, Robert Perchetti is looking to sell the clown motel for $900,000. 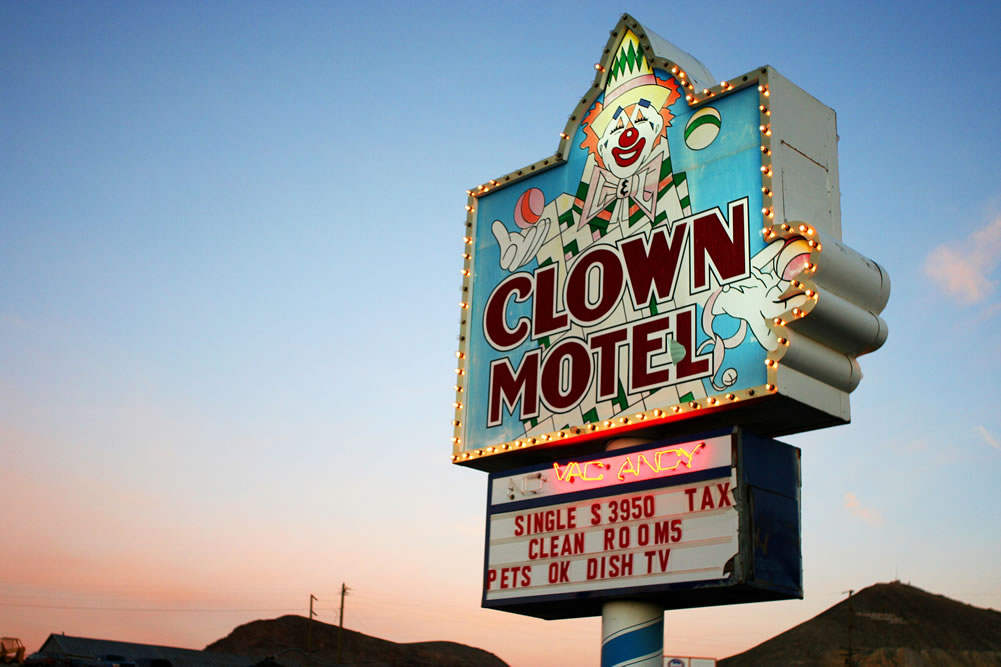 Clowns have been calling the Ringling Brothers Circus home for 146 years, but as of May 21, 2017, the greatest show on Earth ended and took the final destination for clowns with it.

Ringling Bros. actually sponsored a clown college for many years, but shut it down in 1997, taking the training in-house and accepting clowns from other circus schools.

The End of An Era

We reached out to our very own local clowns to get their take on the story and learn how they’ve been affected.

Carl Skenes, one-half of the 20 Penny Circus, pointed out that the American idea of a brightly dressed, kid-friendly clown was born of the tent circus, to begin with. The classical European clown performers share little with these modern iterations. Though some were meant to make people laugh, many were indeed meant to be sad and unnerving. Despite this, he did say the end of the Ringling Brothers was really sad.

Skenes says the 20 Penny act hasn’t been affected at all by the recent bad press surrounding clowns, but that’s because the troupe takes advantage of the scary clown trope. Though they don’t equate themselves with your timeless kid’s entertainment performer, they still pride themselves as entertainment facilitators. Every city and town will have a stable of birthday party performers, but they have to be prepared for the cycles, he says.

“The clown world has to evolve.” -Carl Skenes, 20 Penny Circus 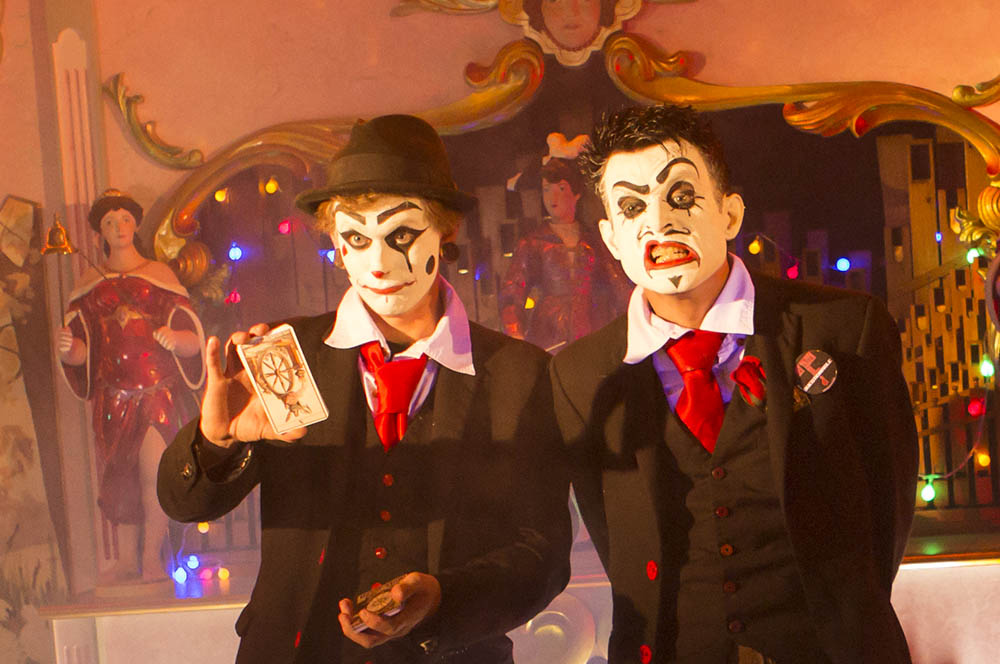