These Pups Know How To Sit, Stay, And Conga!

Can your dog do the conga?

A true family circus act, the Pompeyo family of Sarasota, Florida, has even trained their dogs to perform feats of acrobatics and entertainment.

Jorge Pompeyo is a fourth-generation performer, making his debut in the circus at just five years old in Colombia. He spent years working as an acrobat, trapeze artist, tightrope walker, and animal trainer. Natalya, the mother of the group, similarly spent her childhood performing. She was a gymnast in the Soviet Union before joining a circus troupe to tour the world. These two veteran performers teamed up with their daughters Katerina and Isabella—and many furry friends—to make the Pompeyo Family Dog Show!

Now they travel the country performing choreographed shows with their talented dogs. The act began when Jorge was given two dogs in lieu of payment and has continued using more dogs rescued from various shelters. The family trains each dog based on their innate abilities and individual talents. Some of the tricks these clever canines can perform include skipping rope, leaping over hurdles, walking on their hind or front legs, pushing a toy car, jumping from great heights, and even dancing in a conga line! 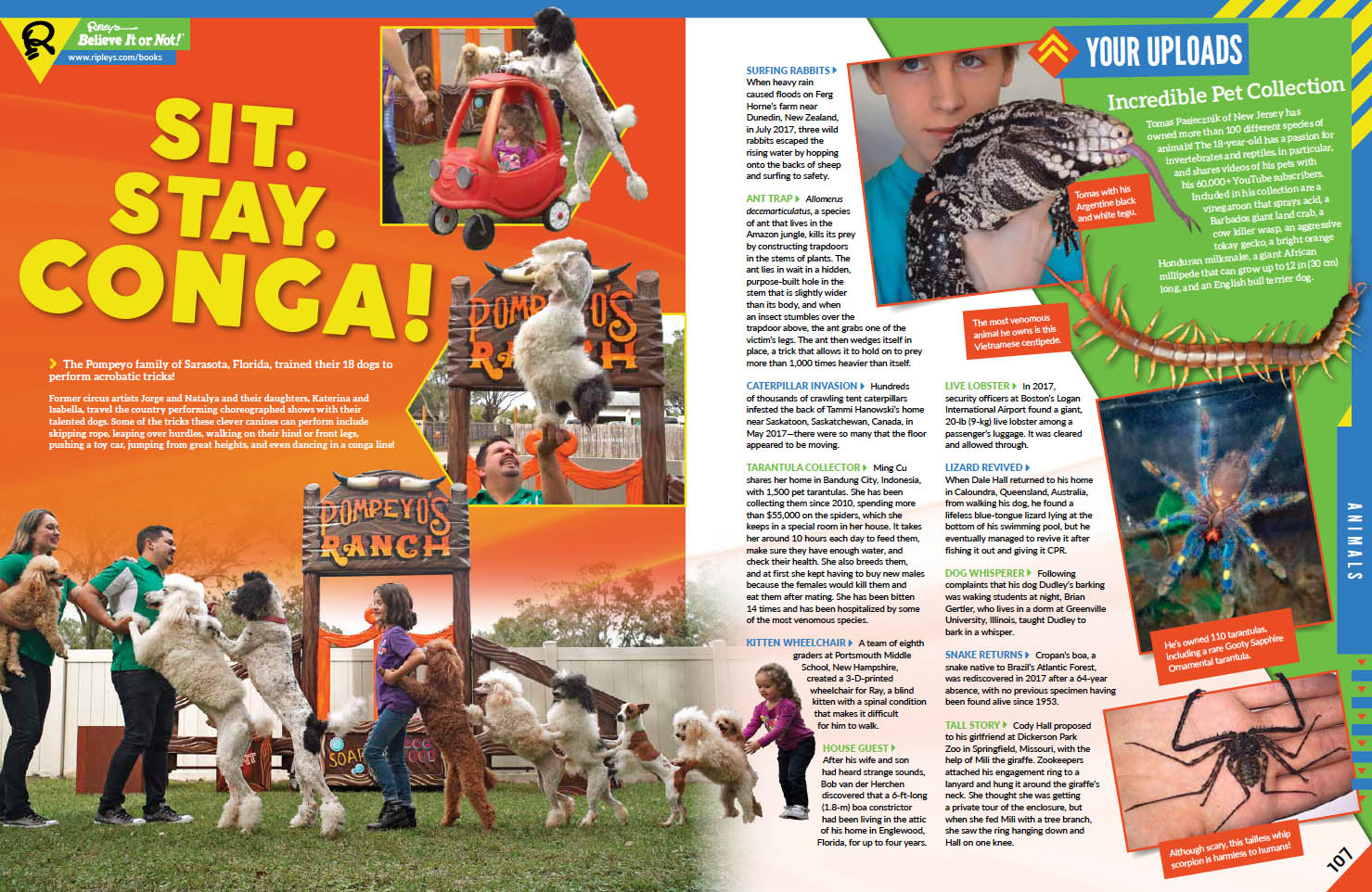