The Dystopian Program Of Practice Babies 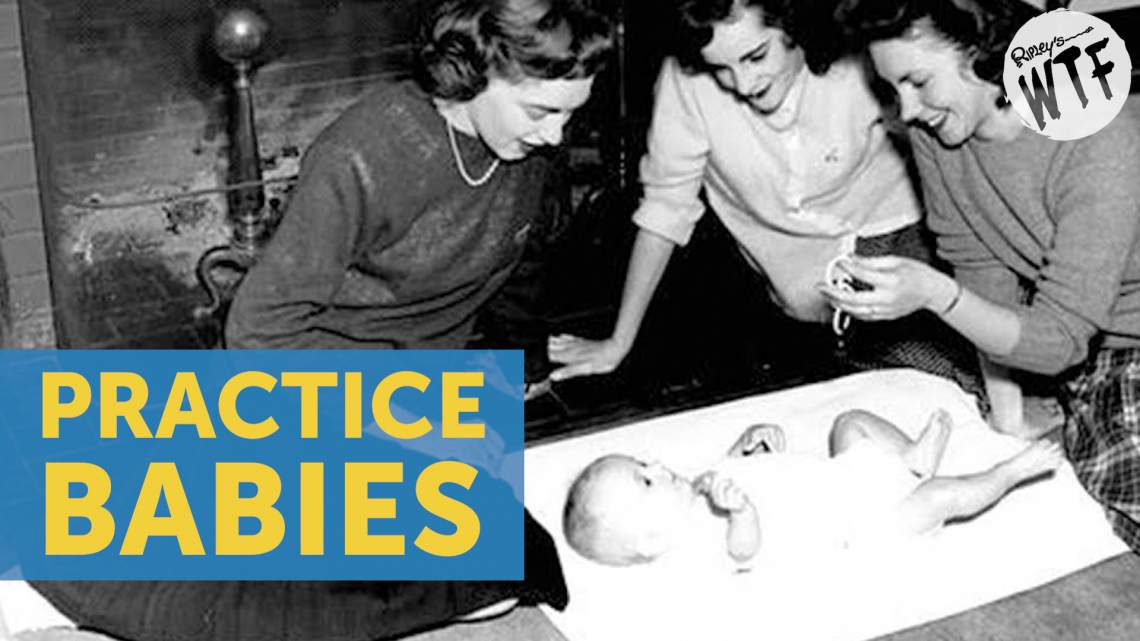 As the medical and scientific revolutions felt new wind in their sails at the end of World War I, America’s confidence in science and research grew. At the height of this craze, even the age-old tradition of motherhood became something that was taught at a University, leading to the use of practice babies.

As part of many universities’ Home Economics Departments—programs meant to teach women how to efficiently run a household—practice babies allowed young women to hone their skills at parenting infants. From 1920 to 1970, 50 colleges from around the country would borrow babies out of orphanages as no-contest volunteers.

Babies were named by the universities, with Cornell giving the surname Domecon (Domestic Economics) to all of its children, and the University of Illinois naming children after the buildings they were placed in. 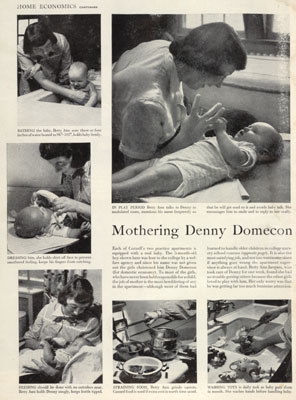 In some programs, babies were rented out for a few weeks, but in others, dozens of women would take turns with each baby. A toddler might be put to bed by one “mom” only to be woken up by another. Strict schedules had to be kept, ensuring that everyone had their turn, and when the children had grown up past their usefulness, they were returned to the orphanages.

As young women were taught the finances of a residence and the chemistry of cooking, so too were they instructed in the caring for of children. In the short term, practice babies benefited from the extra food and care. Many orphans were acquired as young as possible and were often malnourished. The care of a dozen amateur mothers provided ample attention, but in retrospect, researchers worry how this might have affected their ability to form attachments.

Despite their worry, no one knows the fates of these children. To date, no studies have followed up on the lives of the Domecons or the rest of the practice babies.

Next post A Beast In The Woods: The Legend Of Boggy Creek