Prada Marfa And The Mysteries Of Middle Of Nowhere, Texas 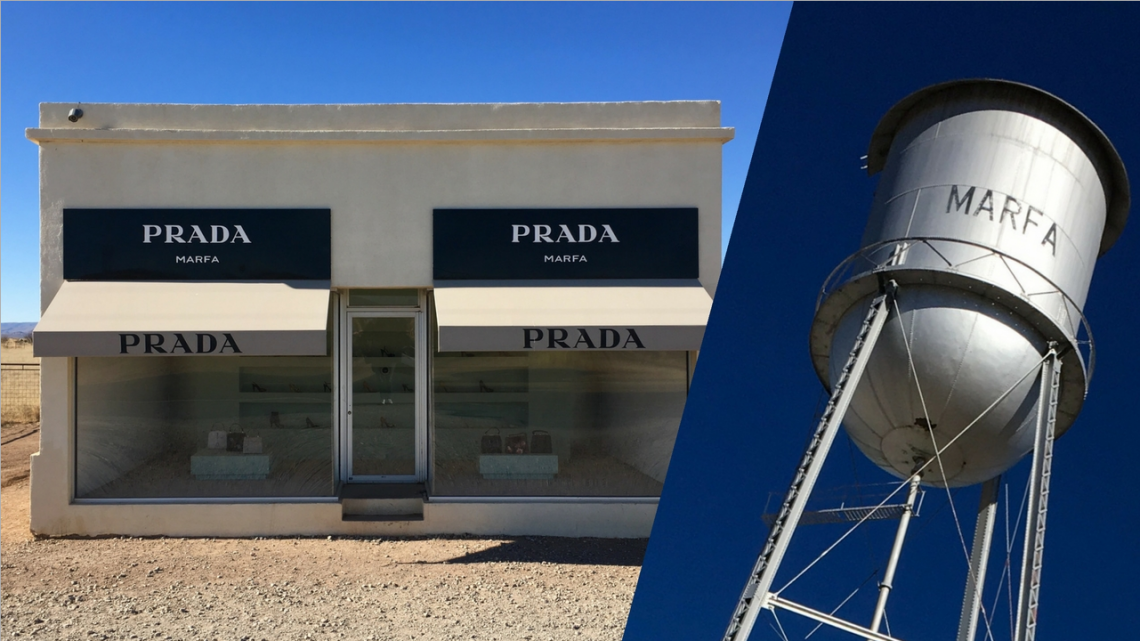 Marfa, Texas, is an enigmatic and offbeat place where art meets desert and out-of-place fashion makes a wry statement.

A tiny town in West Texas, Marfa is known as an obscure hub for the arts and creativity, fittingly named after a character from a Dostoyevsky novel. Seemingly plonked in the middle of limitless desolation, Marfa boasts a population of less than 2,000. Though has only one blinking stop light, it contains an uncanny number of art studios, galleries, and intriguing installations. 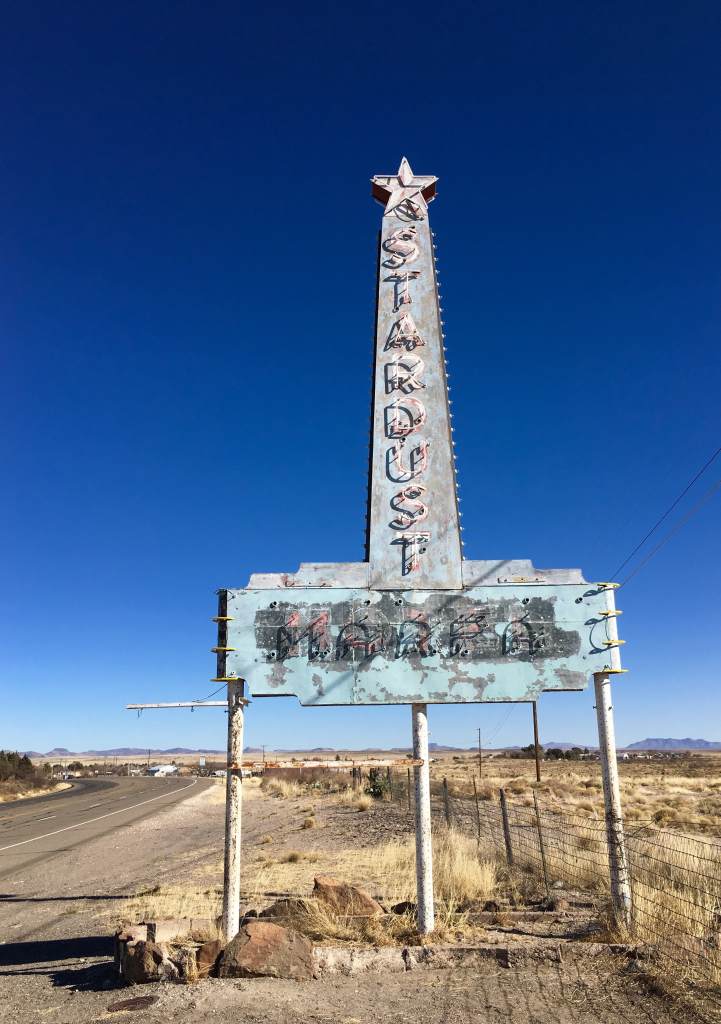 With its wide-open stretches of barren landscape, it is also a polestar for Hollywood. The 1956 film Giant was filmed here, as well as No Country For Old Men and There Will Be Blood,  all of which have won Academy Awards.

Why is Marfa so attractive to Hollywood? Locals might say it’s the town’s eclectic energy, artists may tell you it’s the great light. In fact, at night one might witness the mythical Marfa Lights, which–depending on who you speak to–could be atmospheric reflections, paranormal phenomena, or simply whimsical mysteries.

Although a mecca for creative types, you won’t find an “art district” per se, but rather smatterings of galleries and studios, and imposing larger-than-life installations. Donald Judd was the established artist whose works—labelled minimalistic in their embellishment—turned Marfa into a haven for international art aficionados.

In the 1970s, Judd acquired an Army base and began filling it with art, inextricably linking the landscape with the art. Flanking the Chinati Foundation that he founded, Judd installed 15 large concrete blocks that transform the perception of space, even a space as vast as Marfa. You must walk through “daunting” fields to get to some of these works but, upon arrival, it’s a surreal place to sit and ponder the everythings and nothings of life. 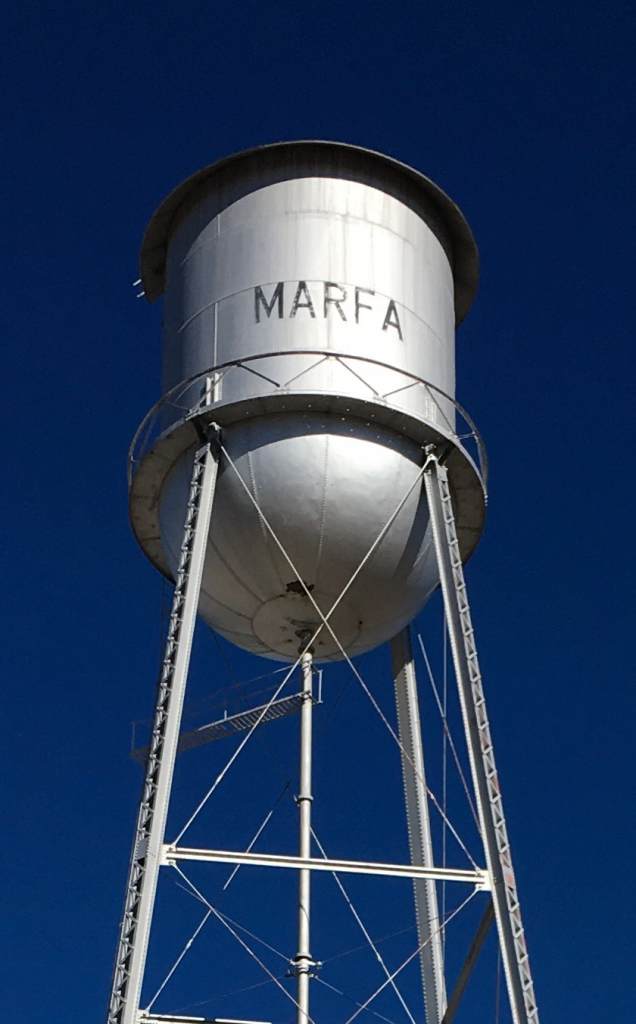 Another great oddity, situated on the dusty outskirts of Marfa, lies as a landmark so strange that you’d wonder aloud “What’s that up ahead?” as you drive down US 90. That up ahead would be Prada Marfa. Prada, you say? Yes, the Italian designer label that would make any chic fashionista’s head spin at mere mention. What on earth is a Prada store doing smack dab in the heart of Nowhere, Texas? 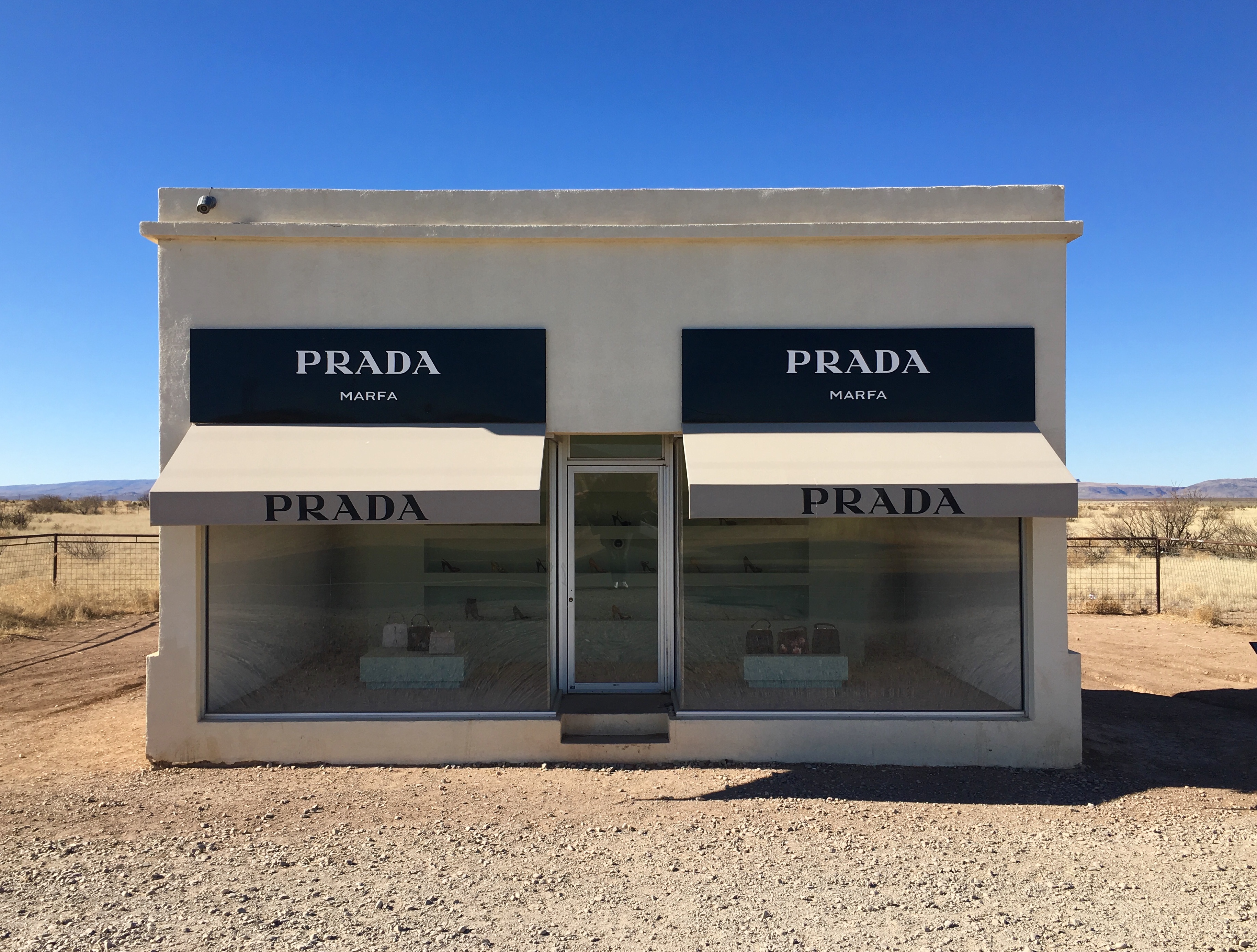 These are some of the questions the Nordic design team of Michael Elmgreen and Ingar Dragset want you to ask. In 2005, the duo set out to create a small structure resembling a Prada store, complete with the year’s fall/winter collection of shoes and handbags—selected and donated by Miuccia Prada herself. The team calls the work a “pop architectural land art project” that is a “critique of the luxury goods industry.”

It has been suggested, however, that Prada Marfa isn’t a sculpture at all, but a trap set by aliens in their quest to abduct humans. One must admit that a desolate West Texas highway might just be the perfect place for specimen gathering. And maybe, just maybe, this explains the Marfa Lights.

Prada Marfa is never open and was intended to never be repaired. Made of earth-friendly clay, this biodegradable adobe building was meant to slowly crumble into the natural landscape. The installation was vandalized twice over the years. The first time within days of its unveiling, thieves getting away with six structured handbags and 14 right-footed shoes. 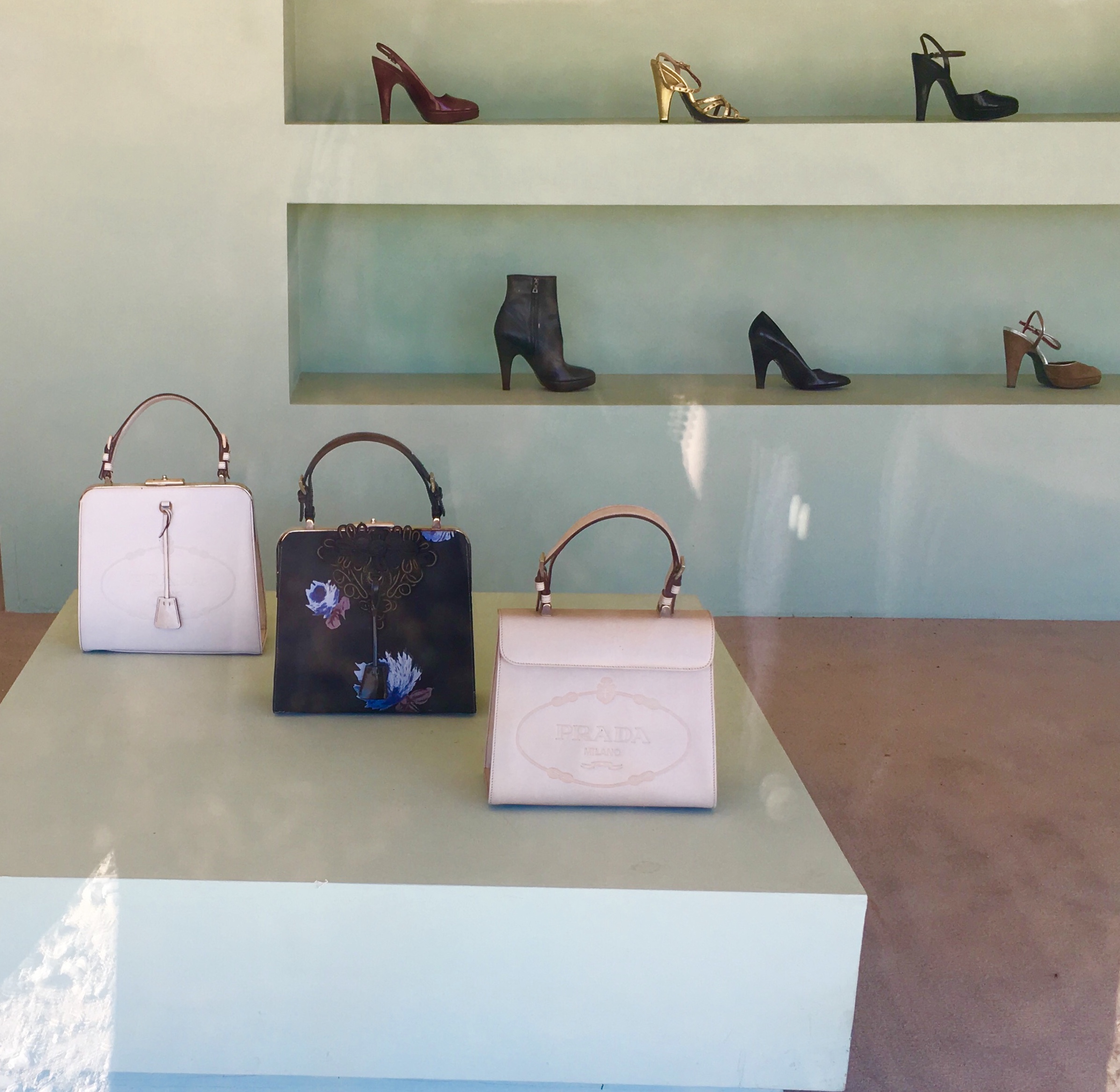 In September 2014, after allegations that Prada Marfa was an illegal advertisement, Texas Department of Transportation officials announced that the structure would be reclassified as a museum, with the Prada Marfa as its only exhibit.

Today, Prada Marfa still stands alone in the arid heat of West Texas, as thousands of visitors (yet no customers) pass each year, stopping to fog up its display windows, lust after its luxury wares and dream of stomping fiercely down their own private Prada runway, a.k.a., US 90.

A truly unique place where the dust never settles, the truth about Marfa and its lights will never be revealed and the mystery of its art…never solved.

Next post That Time Britain Thought Spaghetti Grew On Trees

Previous post Are You A Left Brain Or Right Brain? The Answer Is...