The Weird, But True, History Of Presidential Turkey Pardons

Eisenhower delighted in eating the turkey he was given. 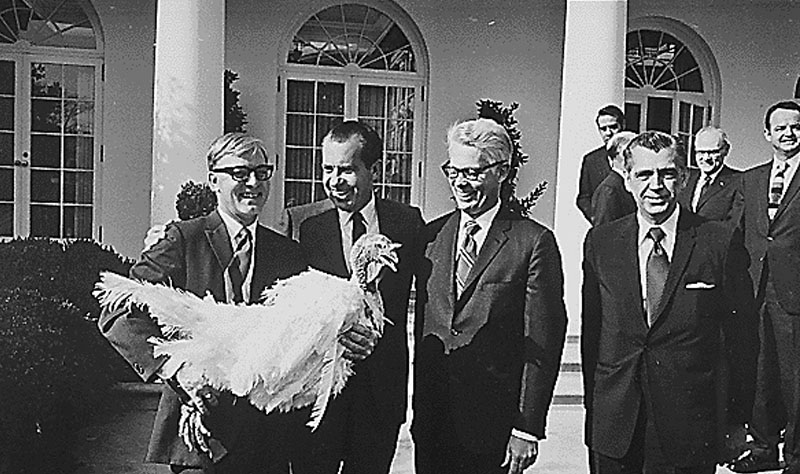 The annual practice of pardoning a turkey at Thanksgiving has become something of a tradition at the White House, but do you know how it got started and why? Or why the president pardoned the first turkey? Here are just a few odd details surrounding presidential turkey pardons. 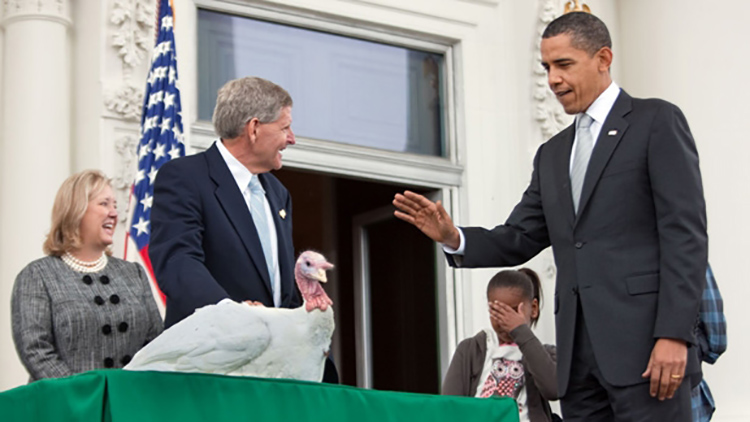 How it all got started…

Turkeys were presented to American presidents starting in the 1870s when poultry dealer Horace Vose began supplying the birds to the White House. However, Vose’s turkeys—described as “well-fed”—were meant for the menu.

President Lincoln seems to have unofficially started the tradition in 1863 when he “pardoned” a turkey that was meant to be a part of that year’s Christmas dinner. Lincoln’s son had grown fond of their bird, even naming it Jack. Now, what parent could ignore a request from their child to spare a beloved animal? Honest Abe certainly couldn’t. Although a tradition now, this offer of clemency wasn’t an official act.

Now here’s a case of getting the story wrong. Some claim that Harry Truman was the first president to pardon a turkey on Thanksgiving. The Truman Library & Museum disputes this notion. The truth is Truman had run into some political trouble with the Poultry and Egg National Board and the National Turkey Federation. You might say he ran afowl of the powerful poultry lobby. As the story goes, from September to November 1947, the government had encouraged “poultryless Thursdays”. 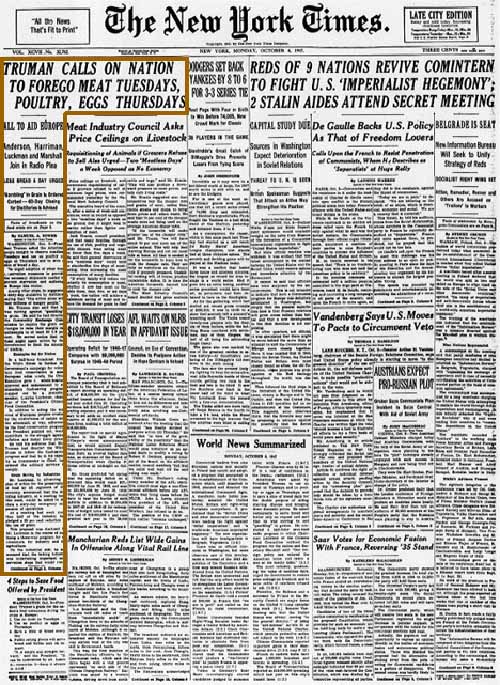 Naturally, the farmers and dealers who sold poultry vehemently objected to this. You can’t really blame them for getting their feathers ruffled, especially considering that Thanksgiving, Christmas and New Year’s Day—the three holidays when most turkey sales coincidentally occur—all happened to fall on a Thursday that year.

In protest, the Turkey Federation sent crates of live turkeys to the White House. The act ended up promoting the poultry industry and it soon became an annual tradition for the president to be photographed receiving the “gift”.

Simply photographed…there is no indication of a presidential pardon for any of these turkeys. Most probably became main course. 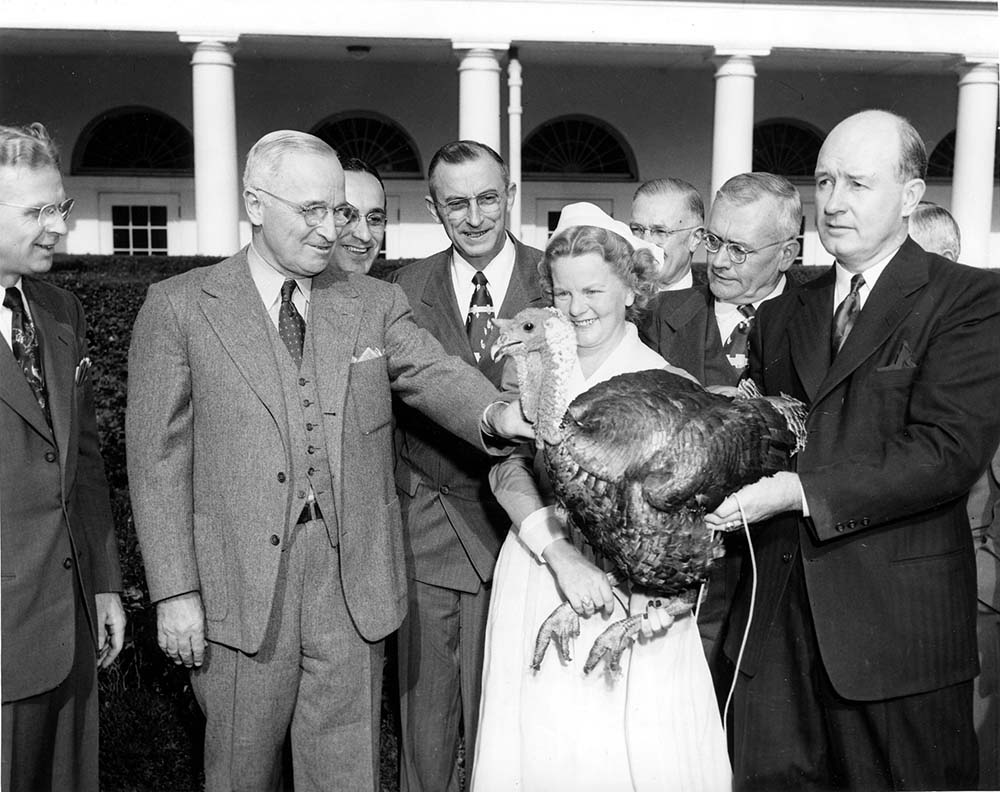 President Truman accepted two turkeys at Christmas, quipping that they would “come in handy” for dinner.

The turkey lobby continued to send birds to the White House, but this time, during  Eisenhower’s term, instructions were given that they be “dressed for dinner.” 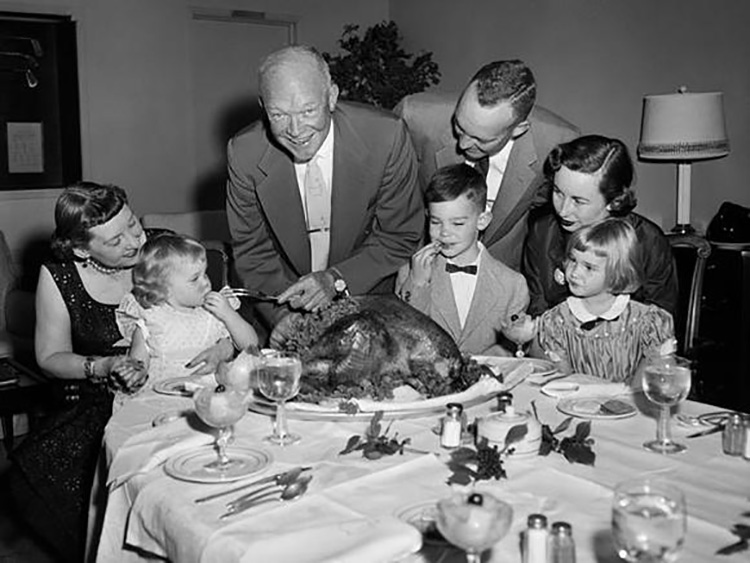 In 1973, President Nixon’s wife, Patricia, accepted the turkeys and then sent them to a children’s farm. Rosalynn Carter made a similar decision, sending the birds to a mini zoo nearby.

By Reagan’s era, turning over the donated turkeys to a farm to live out their days had become standard practice. It was President Bush who first officially mentioned the word “pardon”.

“But let me assure you, and this fine tom turkey, that he will not end up on anyone’s dinner table…he’s granted a Presidential pardon as of right now…” -George H.W. Bush

The act may have had something to do with animal rights protesters picketing nearby, but whatever the reason, the act of an official presidential pardon endures to this day, with Presidents Bill Clinton, George W. Bush and Barak Obama all holding pardoning ceremonies every November. 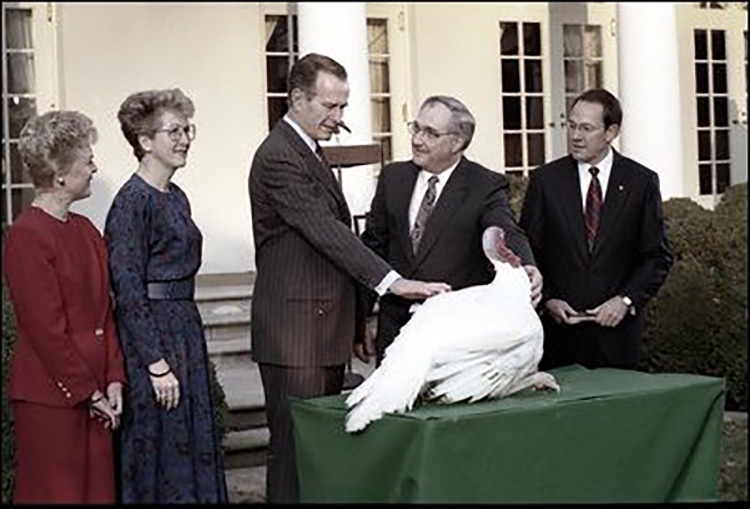 Next post The Most Expensive Painting and Billy the Kid