Leia herself was inspired by a Mexican rebel named Clara de la Rocha. 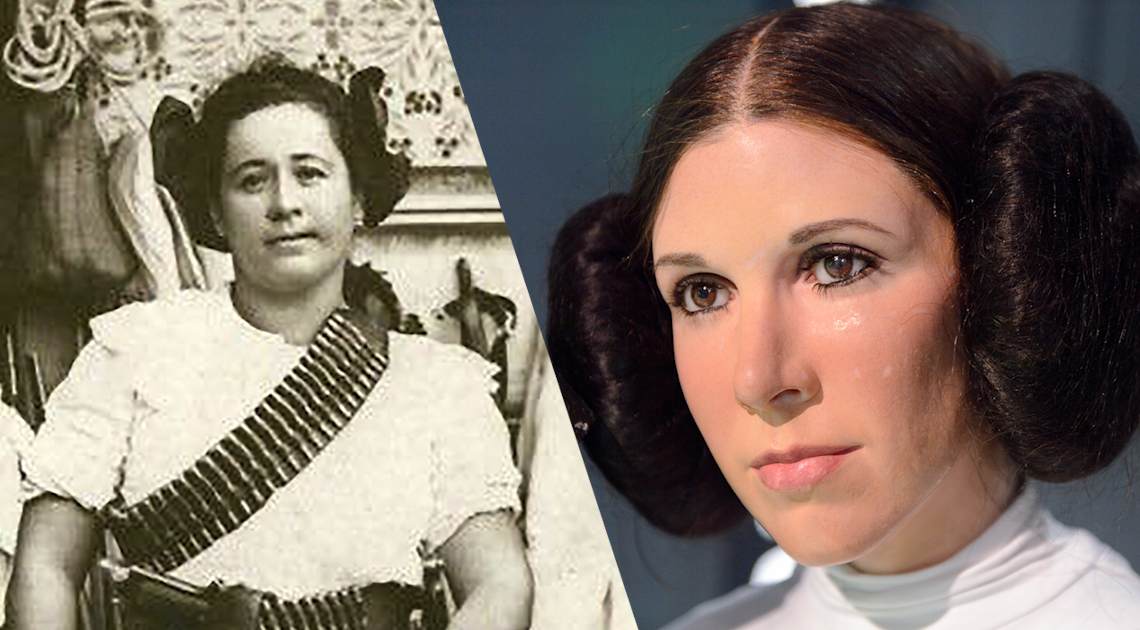 Star Wars heroine Princess Leia was fearless in battle, dedicated to taking down the Empire, and one of the Rebel Alliance’s greatest leaders. All of these strong traits, down to the two buns coiled on the sides of her head, can be attributed to Mexico’s female revolutionaries known as the soldaderas. 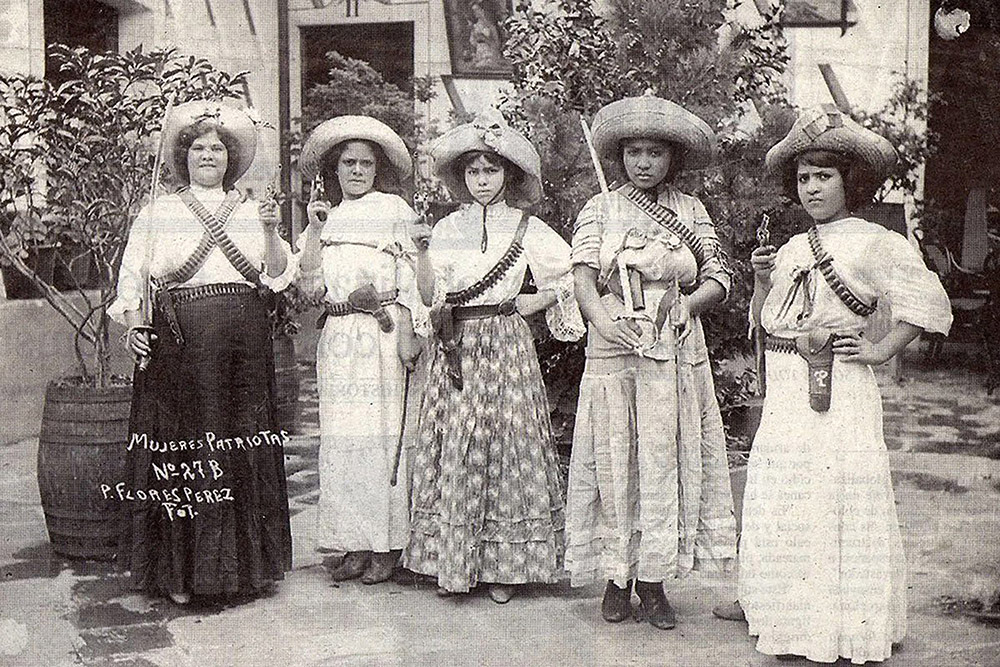 Star Wars creator George Lucas looked to Mexico’s female warriors, or soldaderas, for inspiration when crafting the character Leia Organa for his iconic space opera. Don’t let their highly styled hair fool you. These women, who joined the revolution around the start of the 20th century, were tough and considered an important part of Mexico’s rebel force! 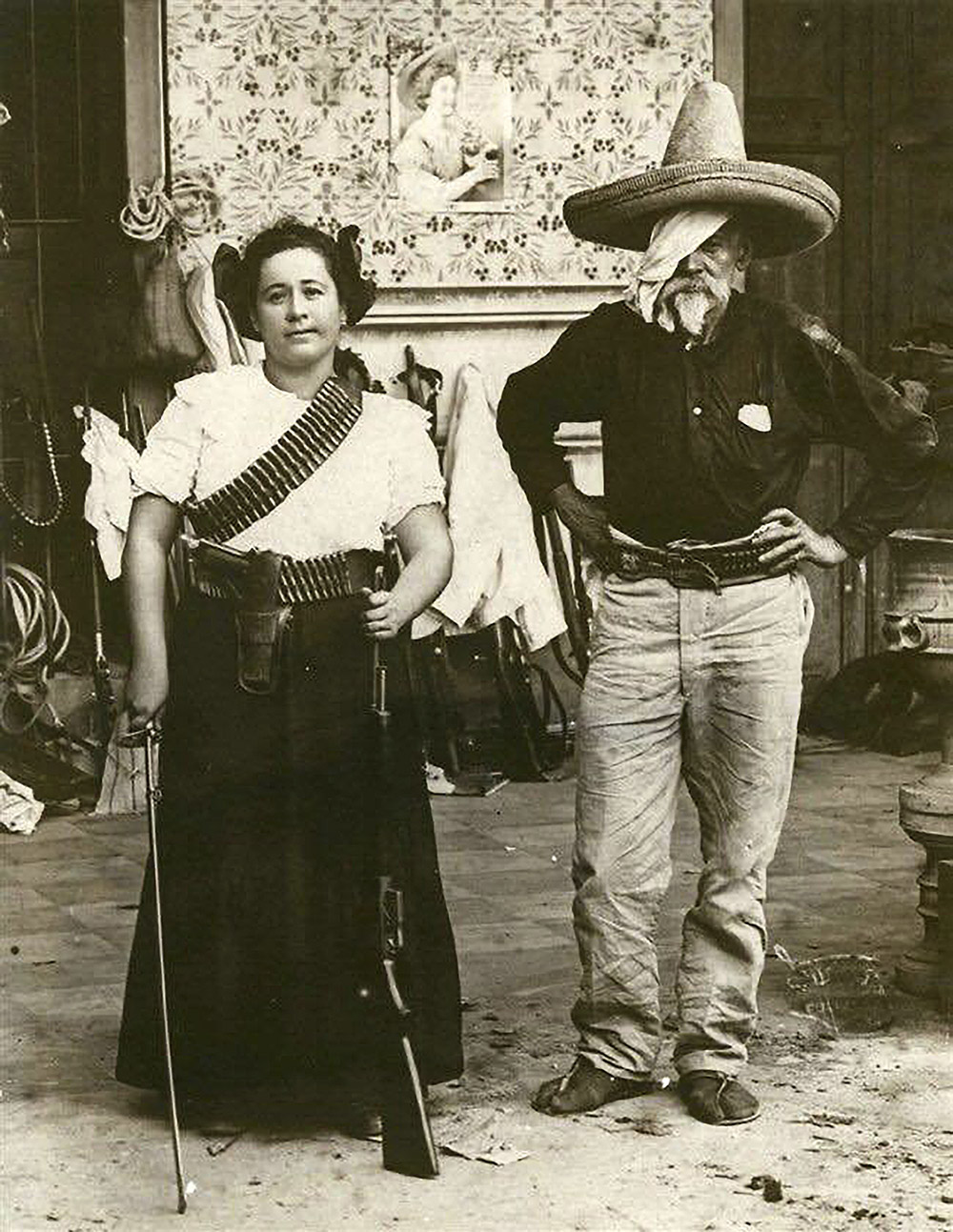 Clara de la Rocha was a colonel in the Mexican Revolution, fighting against the longstanding dictatorship of Porfirio Díaz from 1910 to 1920. It is thought that this photo of de la Rocha in particular, now archived for eventual display at the Lucas Museum of Narrative Art, inspired Leia’s famous coiled buns. Here, she is seen standing next to her father, General Herculano de la Rocha. Clara de la Rocha is known for a key 1911 battle in Sinaloa, northern Mexico, where she crossed a river on horseback and took out a power station in order to allow rebel forces to attack at night without being seen!

Carrie Fischer famously disliked the double-bun hairdo, reluctantly trying the style on for George Lucas. The wardrobe department had all sorts of hairstyles laid out for screen testing, but Lucas decided the coiled buns were perfect. This decision meant Fischer had to spend two hours each morning of shooting in a stylist’s chair getting her hair ready.

Some historians note that the soldaderas were not the only ones to sport Leia’s buns. The women of the Native American Hopi tribe may have also been an inspiration. Regardless of what culture Leia’s hair originated from, it was inspired by strong women like Leia, and the woman who embodied her, Carrie Fisher. 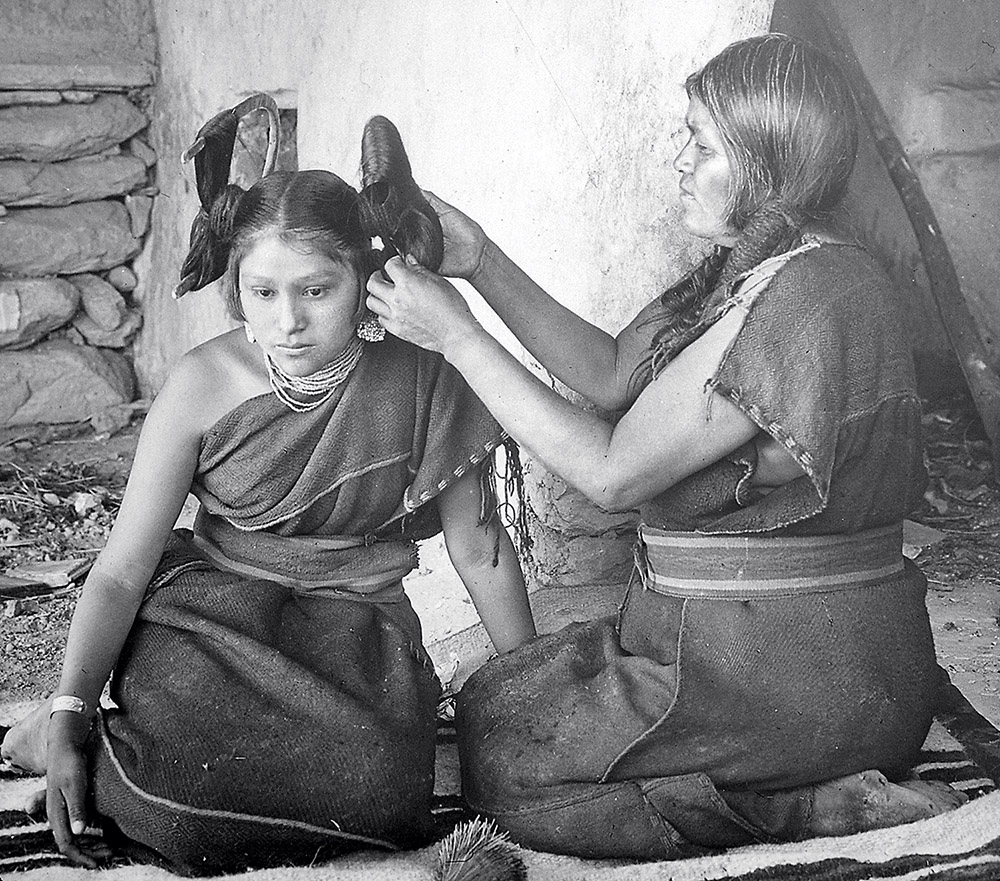 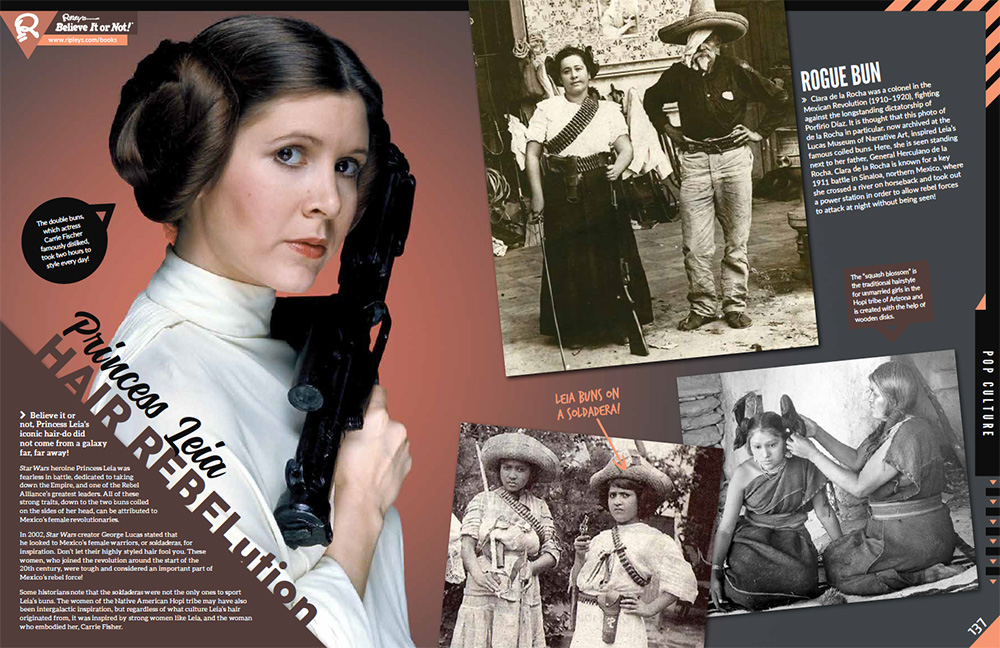 Next post Mysterious Rectangular Iceberg Found In The Antarctic