“They’re begging for my services.”

We’ve seen it on television: government officials contacting individuals with psychic abilities to aid in solving a crime. But, does this happen in real-life situations? Do police officers truly seek out psychics to aid in solving crimes? Have government agencies recruited people with abnormal powers of insight to be used in intelligence investigations? Not only does it happen, but the US government and its many facets have used psychics in law enforcement for a long time.

Chuck Bergman, a current Florida resident, was once a police officer in Salem, Massachusetts. “I wanted to be a patrol boy at five years old, and when I was playing in my backyard, I made myself a badge.” During his play, the badge fell off, and Chuck started to cry. Then, he heard a voice saying, “Don’t cry, Chuck. One day, you’ll be wearing a real badge.” 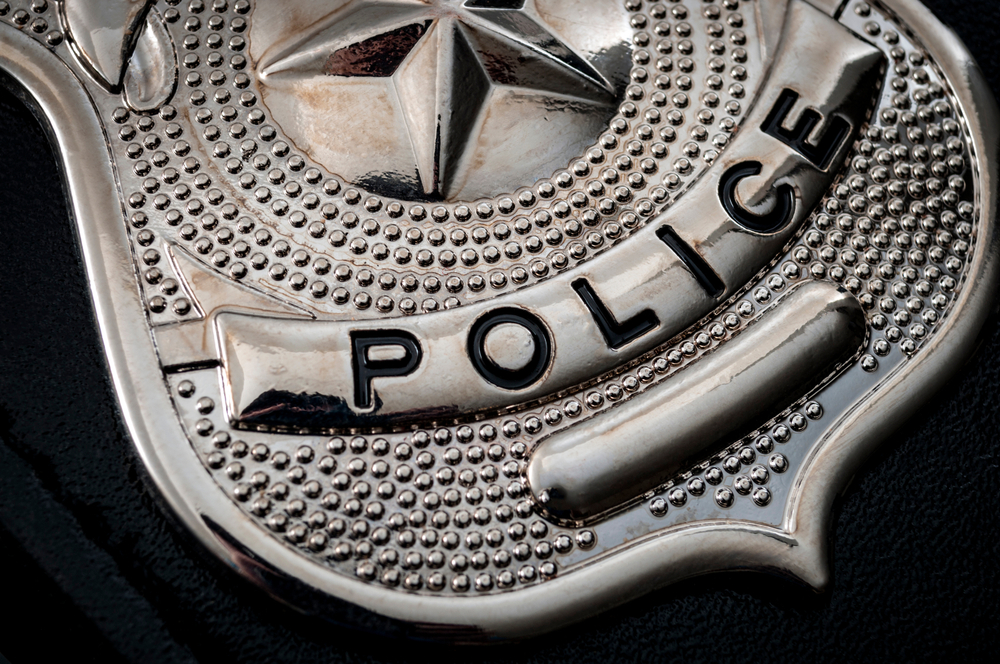 Chuck says hearing this voice for the first time began his understanding of his psychic gift and that it was “a reminder that we’re not alone.” He found out later that both his mother and grandmother had also possessed the gift but never encouraged him to hone his own. He thinks this was due to the fact that Chuck’s aunt had been committed to an asylum before he was born, potentially as a result of trying to tell others about her psychic powers. Over time, though, Chuck learned to not only embrace but refine his skills in order to become a professional medium.

Psychics in the Government

Many different government experiments have been conducted in order to determine if psychic individuals could be recruited and their abilities honed as a tool for espionage. But, none of these tests attracted as much attention as the CIA’s Stargate Project. The Cold War created paranoia that the Russians might have a monopoly on individuals with psychic abilities working as government intelligence agents, so the US felt the need to pursue the same. The resulting undercover army unit was created in the early 1970s. Though the Pentagon denied experiments of this kind receiving government funding—even after reports began to leak in the 80s—the program was finally dismantled and declassified in 1995.

Although Chuck was never an FBI agent or part of the Stargate Project experiments, he has worked with government agencies on occasion in order to solve what seemed like unsolvable cases. While giving a reading to a woman whose brother-in-law was missing, Chuck saw the man lying on his back in shallow water with a bullet in his head. Soon after, Chuck received a phone call from a former FBI agent. He told Chuck he had heard the recording of the reading he gave, and he wanted Chuck to know the body of the same man had been found lying on his back in shallow water. According to Chuck, the FBI agent told him, “You said so many things that were accurate.” At first, the death was ruled a suicide, but after receiving a court order to consult another coroner, the bullet was found. The man had, in fact, been murdered.

Psychics in the Military

When we think about the idea of law enforcement agents investigating psychic powers, it might all seem like old news—thanks to countless crime movies and television shows. But as recently as 2014, the Navy was putting money into investigating the possibility of soldiers and sailors who had a sixth sense for impending danger.

Although military personnel swore this was really about making sure “Sailors and Marines… [could] harness their gut instincts in situations where they need to act quickly,” identifying some sort of psychic ability among their soldiers seemed to still be very much on their minds.

Chuck himself went into the Navy after graduating from high school. Afterward, he followed the ship on which he had been sailing to Boston. “I liked it there,” he said, and eventually, he moved to Salem, Massachusetts “of all places.” In fact, he says this big move was part of what gave him the education he needed to truly refine his gift. 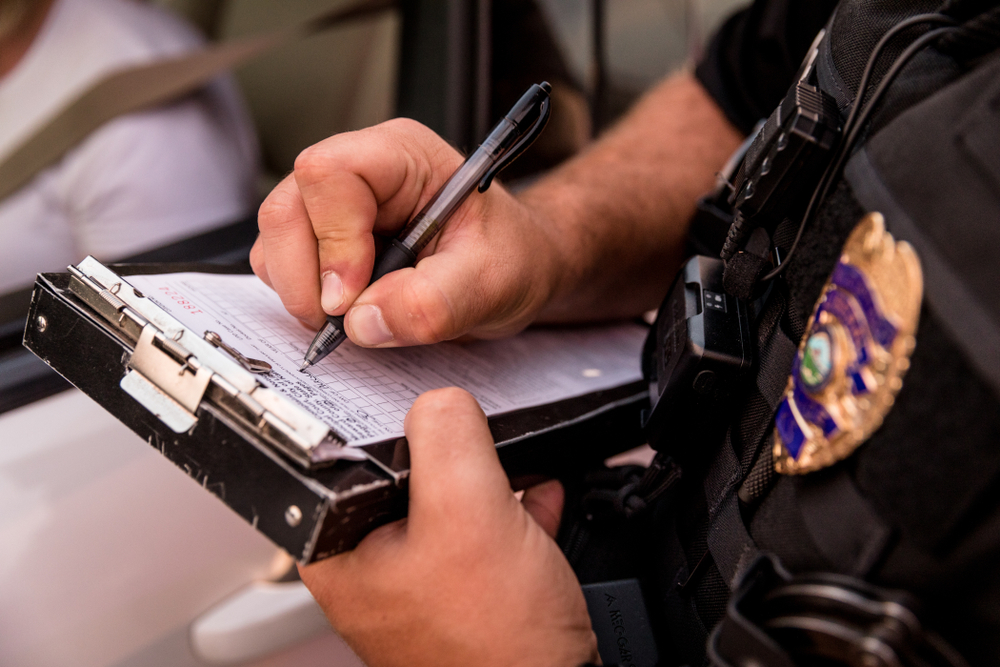 “If I’d been living in Florida then, there would have been no education for me.” In Salem, however, information about the paranormal was everywhere.

“Police officers in Salem still have the emblem on their armband of a witch riding a broomstick,” Chuck says. “That’s Salem history.” And in many ways, psychics are part of law enforcement history too.

Psychics in the Police Force

Many people are familiar with popular TV shows such as Psych, The Mentalist, and Ghost Whisperer. And while these shows might seem fanciful, some police departments do consult psychics in order to try and crack certain cases. Most of the time, psychics are first contacted by the family members of a missing person, or mediums themselves call up police stations to offer information on investigations they found online. In many cases, police officers are reticent to turn to psychics for help, but it does happen. A document written by the Justice Department and released by the CIA outlines the proper ways to choose a psychic for an investigation, why one might choose to do so, and what should be expected when engaging a medium in a police investigation. As one would assume, the document and its contents are a bit odd…

When Chuck finally did begin working as a police officer, he kept his gift under wraps for many years. “Cops can be tough, cynical, likely to point blame.” In essence, he felt he needed to protect himself. Even after he began to hone his gift and his coworkers started to find out about it, he was often ridiculed. In one instance, Chuck was able to help a coworker connect with his late daughter, only to find out afterward that the same man was belittling him to others.

Now that Chuck’s a full-time medium, however, he says there have been plenty of instances where he’s helped with police investigations—only now they come to him. “I don’t have to prove to someone I can do it,” he says. “They’re begging for my services.” Unfortunately, psychics who assist in criminal investigations aren’t usually compensated. Once, Chuck was offered the opportunity to become involved in a case on the other side of the state. He was told his compensation would be half of his fuel expenses. He declined.

First a Cop, Now a Medium…

Still, Chuck feels it is always important to be open to helping people as much as he can, and officers on the police force in Salem even reach out to him for assistance from time to time. He was recently asked to weigh in on a disappearance case that had been cold for years.

At an officer’s request, Chuck spoke with the son of a woman who had disappeared ten years prior to determine what had happened to her. The case began when Chuck was still with the department, although Chuck himself wasn’t the officer assigned to it. There was a strong belief in the department that the woman had been murdered by the boy’s father, which had been intensified by eye-witness testimony from neighbors who said they had seen him bringing large bags to the trash bin around the time of her disappearance.

When Chuck sat down with the young man, he was able to connect with his mother and to tell him things about both of his parents that Chuck never could have known on his own. “At the end of the reading, the young man was crying, and I just knew things were going to change for him; that they were going to get better.” This was partly because Chuck was able to uncover information about the mother that indicated she hadn’t been murdered at all.

“I saw her crossing the border into Canada and then a sign for a specific city in Canada. The young man told me that’s where her sister used to live.” The family always suspected the sister had been involved in hiding her, but because of the eye-witnesses, there had been a belief for a long time that the father had killed her instead.

Chuck says “it’s wonderful” to be able to help people with his gift, which has allowed him to continue serving his community and people beyond it, even after hanging up his badge.

Next post We've Been Sleeping On The Facts Behind Bear Hibernation