Music fans in the mid-to-late 19th century had a blast playing the pyrophone—literally! 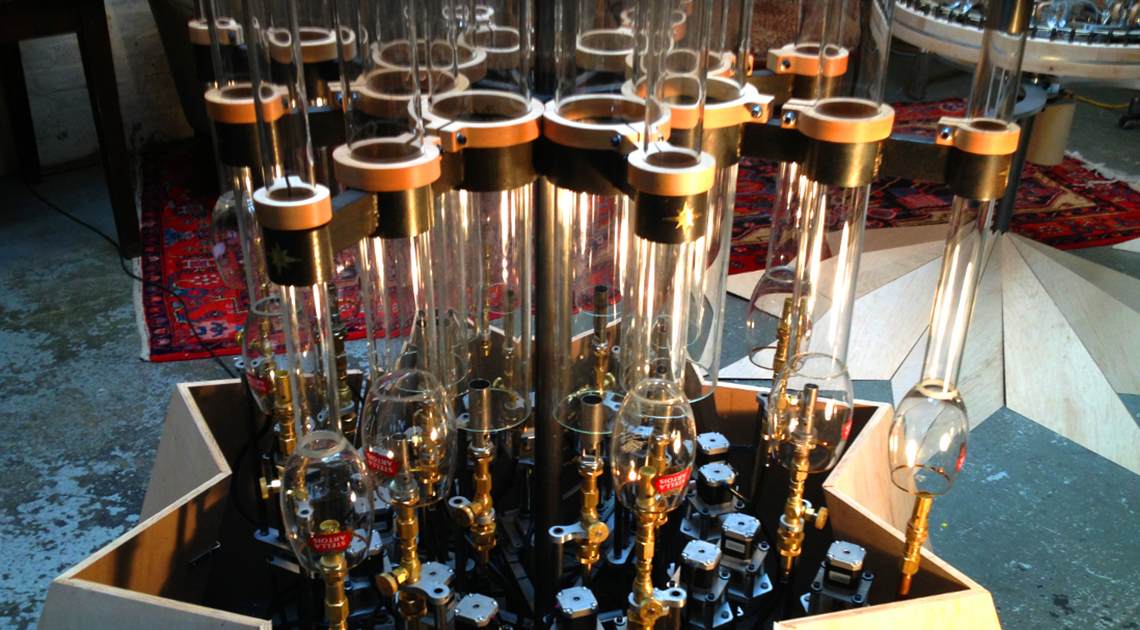 Music fans in the mid-to-late 19th century had a blast playing the pyrophone—literally! That’s because the odd sounds made by pyrophone players—pyrophonists, naturally—were the result of explosions taking place inside a series of glass tubes, triggered by a keyboard. 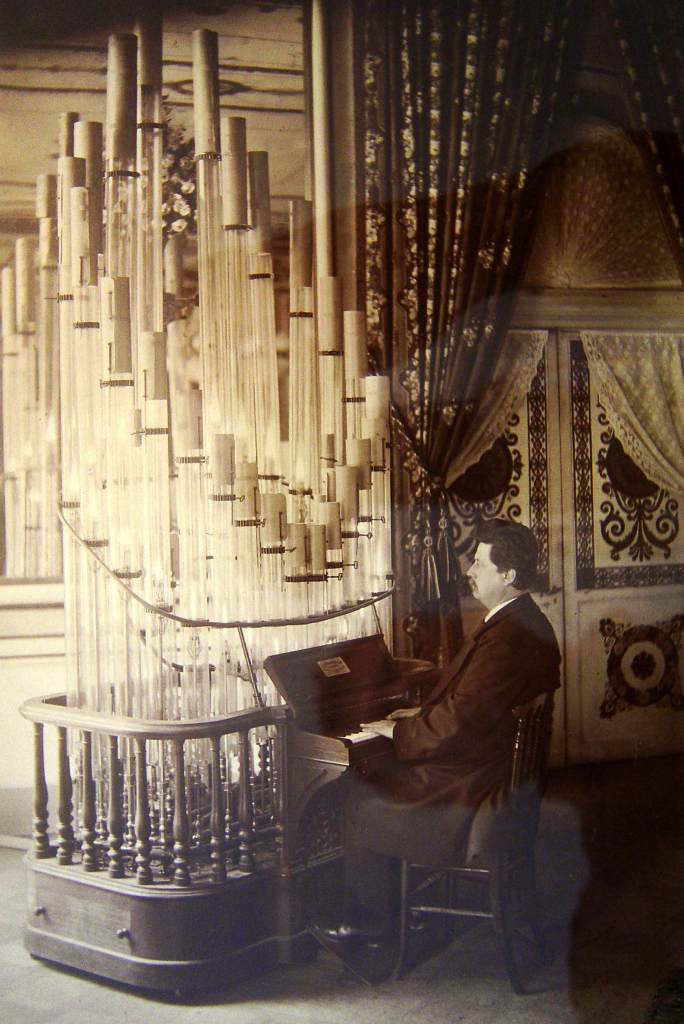 It was back in the 1870s that physicist and musician, Georges Frédéric Eugène Kastner, invented the pyrophone, after picking up on an earlier discovery about the behavior of hydrogen flames when applied to glass tubes.

His first invention, the “fire organ,” just didn’t seem to catch on. But, that doesn’t mean it was entirely forgotten.

Back in 2014, Brooklyn-based inventor and artist, Andy Cavatorta, revisited the pyrophone for a collaboration with the band Cold War Kids. Cavatorta, who has also collaborated with artists like Bjork and Nick Cave, specializes in sound and robotics. “Making music with vibrating gasses and plasmas seemed full of possibilities,” he says.

In doing so, Cavatorta was able to rejuvenate sounds that had been lost to the ages. His modern-day pyrophone stood 13 feet tall and incorporated 24 tubes, capable of producing “low notes so deep that they shook your bones in your flesh,” he tells Ripley’s. “It sounded like a humpback whale fronting a death metal band.” 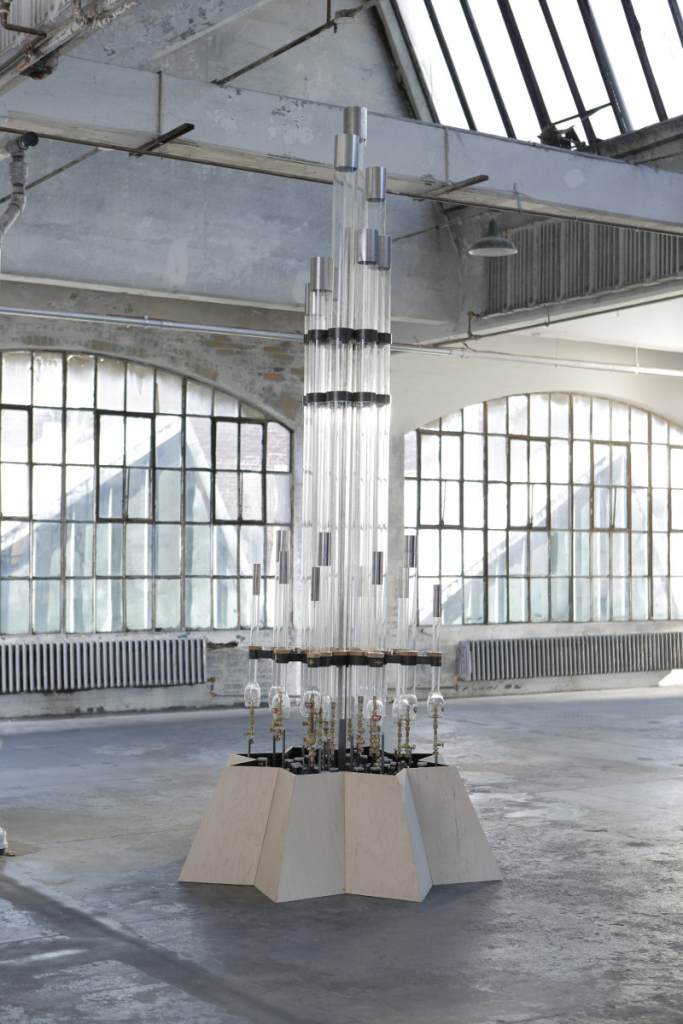 He explains that a pyrophone works due to something called “entrainment.”

All that vibration, he points out, creates quite an unusual hum. “It has layers and layers of rich harmonics,” he describes, “creating a complex ocean of sound. The flame is weightless and free to vibrate in any frequency in which the air can vibrate.” 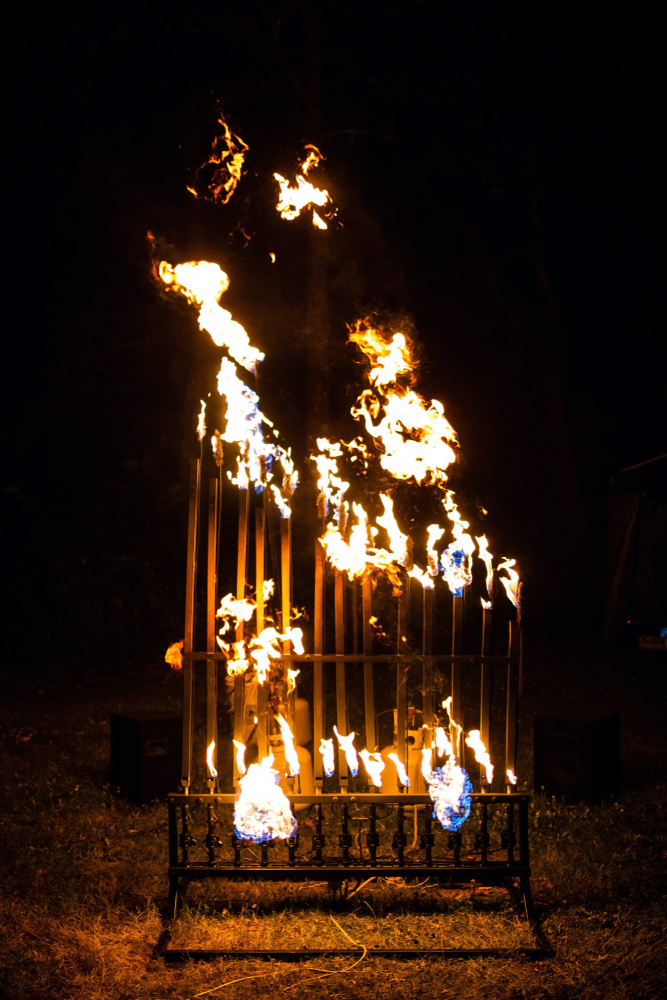 Despite his own fascination, Cavatorta doesn’t expect the instrument to enjoy widespread popularity anytime soon. “While pyrophones would make a beautiful accompaniment for pipe organs,” he says, “I understand why we don’t use them. They’re terrifying! Like a lovely, controlled explosion contained in a bundle of glass tubing.”