It's been a few weeks since the squirrels began viciously attacking residents who were simply going about their business. 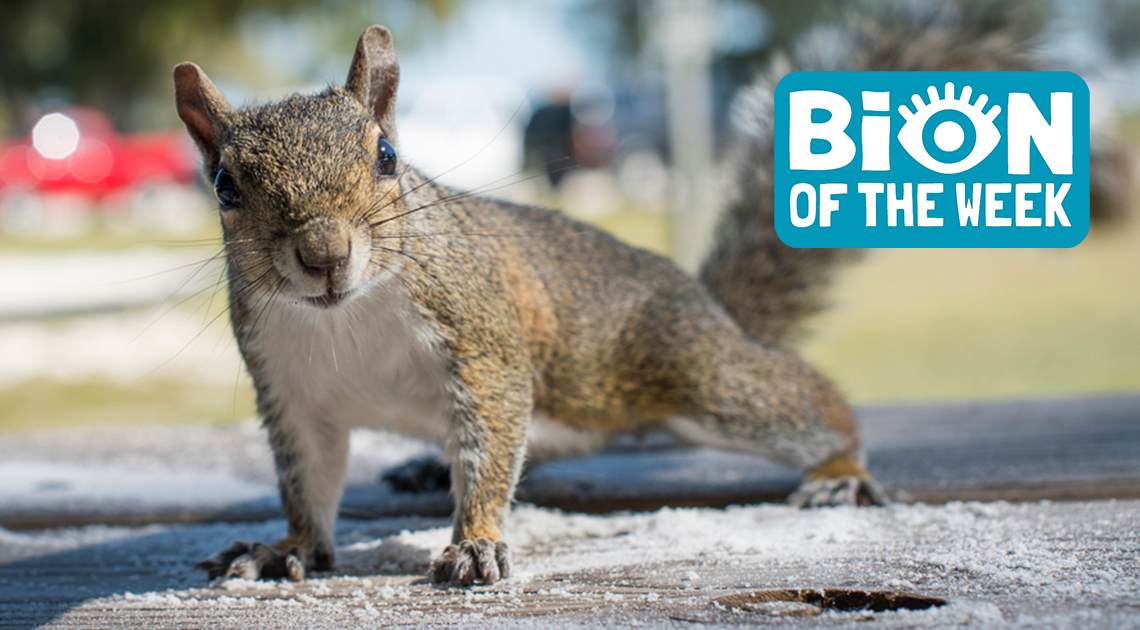 [January 4–January 10, 2021] A naked crook in a nest, mysterious blood waters, and record-setting bling—all round-up in this week’s weird news from Ripley’s Believe It or Not!

Recreational fishermen Kev Joiner and Cam Fraust were setting crab traps in an Australian swamp when they discovered a man sitting on a tree branch—naked, covered in cuts, and hovering mere feet above the crocodile-infested waters. The men sprung into action to help only to find that they had rescued a fugitive!

The men were in their dinghy boat in East Point when they heard 40-year-old Luke Voskresensky call for help. He then begged for drinking water and explained that he had been eating snails for four days.

Joiner and Fraust were confused by the display, as Voskresensky had made a nest in the tree and had survived even though crocodiles were swarming below him. Though initially hesitant to bring him with them, the pair decided that it was for the best, considering Voskresensky was dehydrated and covered in cuts and insect bites.

“We thought he just must have had a big night after new year’s and got lost and done himself a mischief in the bush,” said Joiner.

Faust gave the man his shorts and a beer as they headed to the boat dock in nearby Darwin, where an ambulance was waiting.

Luke Voskresensky was on bail for aggravated robbery when he allegedly cut off his electronic monitoring device and evaded police.

The rescue saga took a turn when Voskresensky arrived at the hospital only to be put under police guard! Not only had Voskresensky been charged with armed robbery, multiple aggravated assaults, deprivation of liberty, and theft, but he had also been on bail and removed his electronic monitoring device the week before.

Though his stint in the hospital got him out of attending court for breaching bail and aggravated assault, he will still need to face the music come February 9th. Neither Faust nor Joiner has visited since finding out about his fugitive status.

Officials in the historic city of Kyoto, Japan were baffled this week when their beautiful riverside mysteriously changed from its typical blue hue to a violent red.

Around 2:30 p.m. Wednesday, locals strolling along the Kamogawa River began reporting that a section of the water in the Kami Tobakanjinbashi-cho neighborhood had a disturbing tinge.

As if 2021 couldn’t get any weirder, Kyoto’s famous Kamogawa River is turning red.

There were no reports of bad odors, dead fish, or anyone harmed according to the police, but the city is currently testing the water quality for toxic substances or industrial waste. https://t.co/0xzFyoXJrZ

Upon inspection, officials traced the blood-colored liquid to a sewage pipe. They collected samples to find the source, as there were no accidents, sightings of animal corpses, or illegal dumping reported in the area.

This lack of source has left room for speculation, with theories relating to everything from the river’s previous use as an execution ground to a possible marketing play for a video game.

UFO Streaks through Hawaiian Skies for a Quick Aloha

At around 8:30 p.m. on December 29th, onlookers noticed a glowing blue object soaring through the night sky before crashing into the ocean near Oahu, Hawaii, marking one final UFO sighting before the new year.

In 2020 fashion, many witnesses whipped out their cameras to record the mysterious sight before calling 911, which resulted in enough substantiated reports to warrant an investigation by the Federal Aviation Administration (FAA).

Videos released on January 4th show a blurred image of the glowing bulb flying across the sky, but some observers, including Mistina Sape, say the blue light was not alone in its path.

After spotting the object from her garage, Sape hopped in her car and tracked it over a three-mile trajectory until it landed in the waters. She notified the police, and shortly after they arrived, her husband noticed a smaller white light coming from the same direction. Unlike the first object, this one disappeared behind a mountain rather than visibly entering the water.

As a previous UFO non-believer, Sape was intrigued by the object and remains mystified, as the blue blob and its cohort remain unidentified.

One Ring to Rule Them All

If diamonds are a girl’s best friend, then what are 12,638 diamonds? Thanks to Indian jeweler Harshit Bansal, some lucky lady may soon find out.

This week, Bansal broke the world record for the most diamonds in a single ring! The jeweler and founder of Renani Jewels in Meerut set his sights on designing a ring with over 10,000 diamonds in it while studying jewelry design in 2018.

After conceptualizing, and trashing, several designs over the past two years, Bansal ultimately outdid even his own goal with the “Ring of Prosperity,” which features 12,638 natural diamonds in one setting.

The Marigold ring smashed the previous record of a measly 7,801 diamonds previously set by Hallmark Jewellers in India.

A 25-year-old Indian jewelry designer has created an astonishing ring — an eight layer flower ring with 12638 natural diamonds, breaking the Guinness world record for “the most diamonds in a single ring.”. pic.twitter.com/PC2dWQsAZB

Rage-Fueled Rodents on a Rampage

Residents of Queens, New York, have a new reason to stay home as aggressive squirrels wreak havoc on the Rego Park neighborhood.

It’s been a few weeks since the squirrels began viciously attacking residents who were simply going about their business. Micheline Frederick, a victim who was attacked while standing on her stoop, compared the experience to an “MMA cage match.”

Security footage of Frederick’s attack shows the rodent latching onto her left hand as she tried to shake it off, wrestling it to the snowy ground when it finally decided to release her.

Many of Frederick’s neighbors have also been assaulted by the creatures. Vinati Singh’s husband has been lunged at twice by the wily gnawers while attempting to enter their home, while Licia Wang had a squirrel jump on her back and bit her arm in a fit of rodent rage.

As residents hide in their homes out of fear, they have also contacted the city for assistance. Following the Department of Health’s advice, victims hired a trapper, but the squirrels are not taking the bait.

Although the Centers for Disease Control assured the victims that squirrels rarely carry rabies, the neighborhood is still highly concerned about the cause of the aggression. Victims are also confused about why the city is not taking the issue more seriously, as it becomes a matter of public safety.

Residents in Queens, New York have reported at least five attacks from aggressive squirrels since November. One woman needed to visit the ER after her hand was bitten by a squirrel, and others say they are afraid to walk in their own neighborhood.​ https://t.co/JEkWJsl0XF

Next post The Stories That Stuck With Us In 2020

Previous post The Seedy Underbelly Of The Naked Mole-Rat World