How Did This Ram Skull Get Inside A Tree?

The origins of this natural oddity had experts stumped for years.

Among the many man-made artifacts and expressions of culture within the Ripley’s collection, natural oddities tend to stand out.  Amidst the two-headed sheep, multi-limbed cows, and enormously long snakeskins, however, is a natural wonder beyond the others’ rarity. We own a dozen ram skulls decorated with jewels from the remote Himalayan mountains of Tibet and just as many sheep skulls exhibiting many more horns than just the usual two, but the most fascinating ram skull in our archives is fully encased in the trunk of a 200-year-old tree. 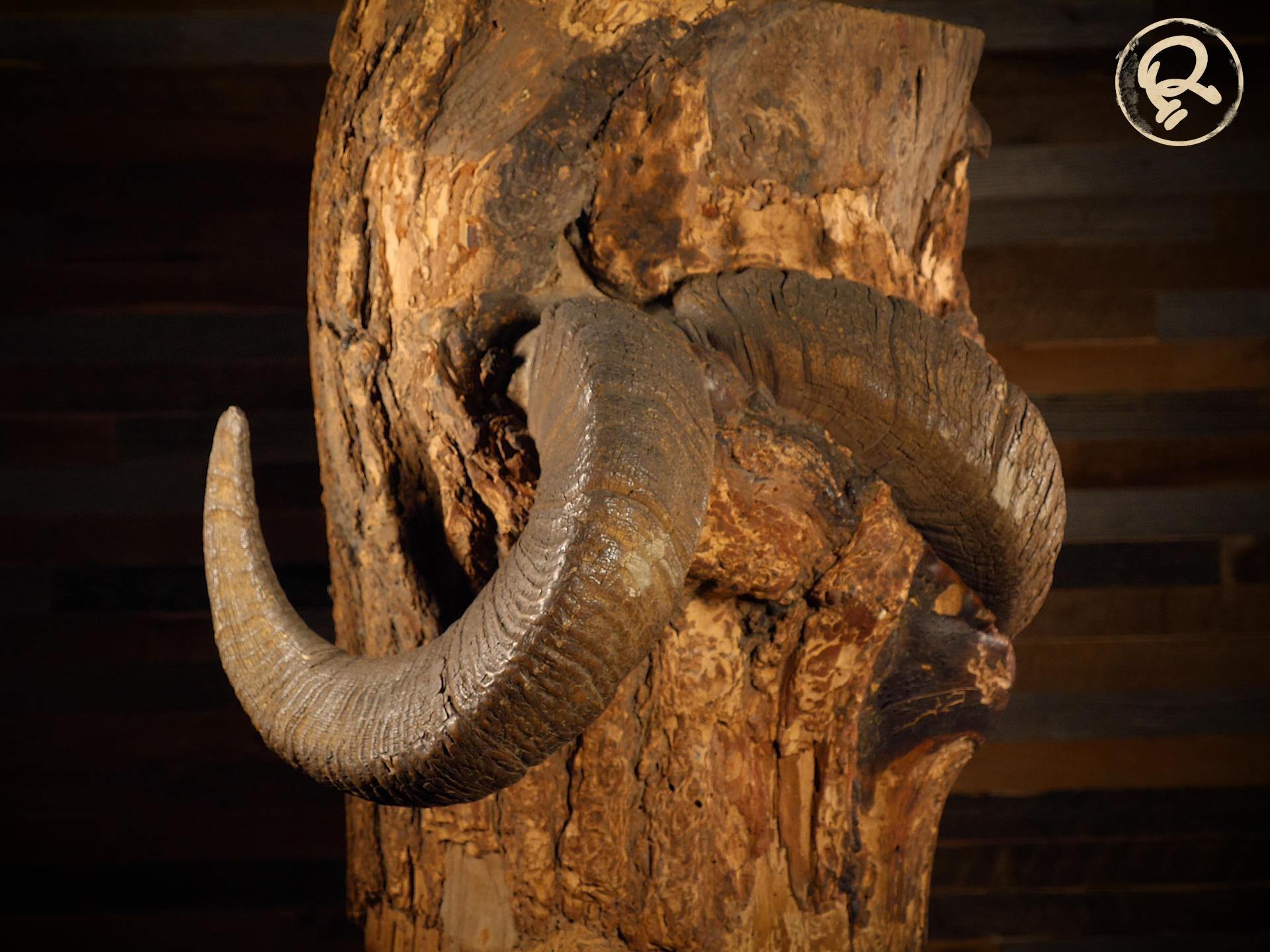 Found in the remote backcountry of the American West, Eugenia Shorrock added it to her collection of worldly wonders in 1930. Shorrock herself was a collector and explorer equal to Robert Ripley himself. Eschewing the Skinner Organ Company her father had started—musical organs, not people organs—Shorrock pursued the career of a naturalist. Entranced by reptiles, she helped run the Boston Aquarium Society in the 1920s before becoming a serious collector and outdoorswoman in the ’30s. 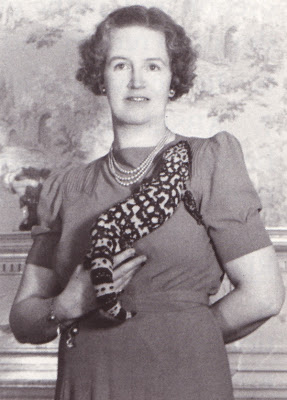 While running her own reptile zoo and traveling to give lectures on zoology, Shorrock happened upon the tree-encased ram skull that now resides in the Ripley’s collection. After decades of sharing her passion for the natural world, Shorrock died in 1993. In efforts to ensure her collection remained available to the public, Ripley’s purchased many of her exhibits, including this seemingly one-of-a-kind ram skull.

Believe it or not, however, this is not the only ram skull in existence encased in a tree. Another, purported to be 300 years older than the Shorrock ram tree was found in the Utah wilderness. Hoping to solve the mystery as to how our ram skull might have ended up inside the trunk of a tree, we followed the Utah ram tree closely. While our skull is fully encased in wood, the Utah ram merely had part of one of its horns mired in tree growth. After scouring records, it seems that the Utah ram skull had been set in the crotch of a juniper tree by a Spanish explorer in order to mark the location of a long-forgotten treasure. our ram, however, has no such supporting documents, and was unlikely to have been set by human hands since the entirety of its skull is encased.

The answer to our mystery was much simpler than lost Spanish treasure. After consulting with wildlife experts across state and national parks, they all had identical guesses as to how it got there. Apparently, it’s fairly common for rams to get stuck in trees. Bighorn sheep will ram their heads together when fighting for a mate. Their heads strike together with so much force, that their battles can be heard across mountains. With long, spiraling horns its easy for them to become entangled, and park rangers have encountered stuck sheep on occasion, and the remains of stuck rams even more often.

What makes our example special, is that once the ram was caught, the tree grew entirely around its skull. 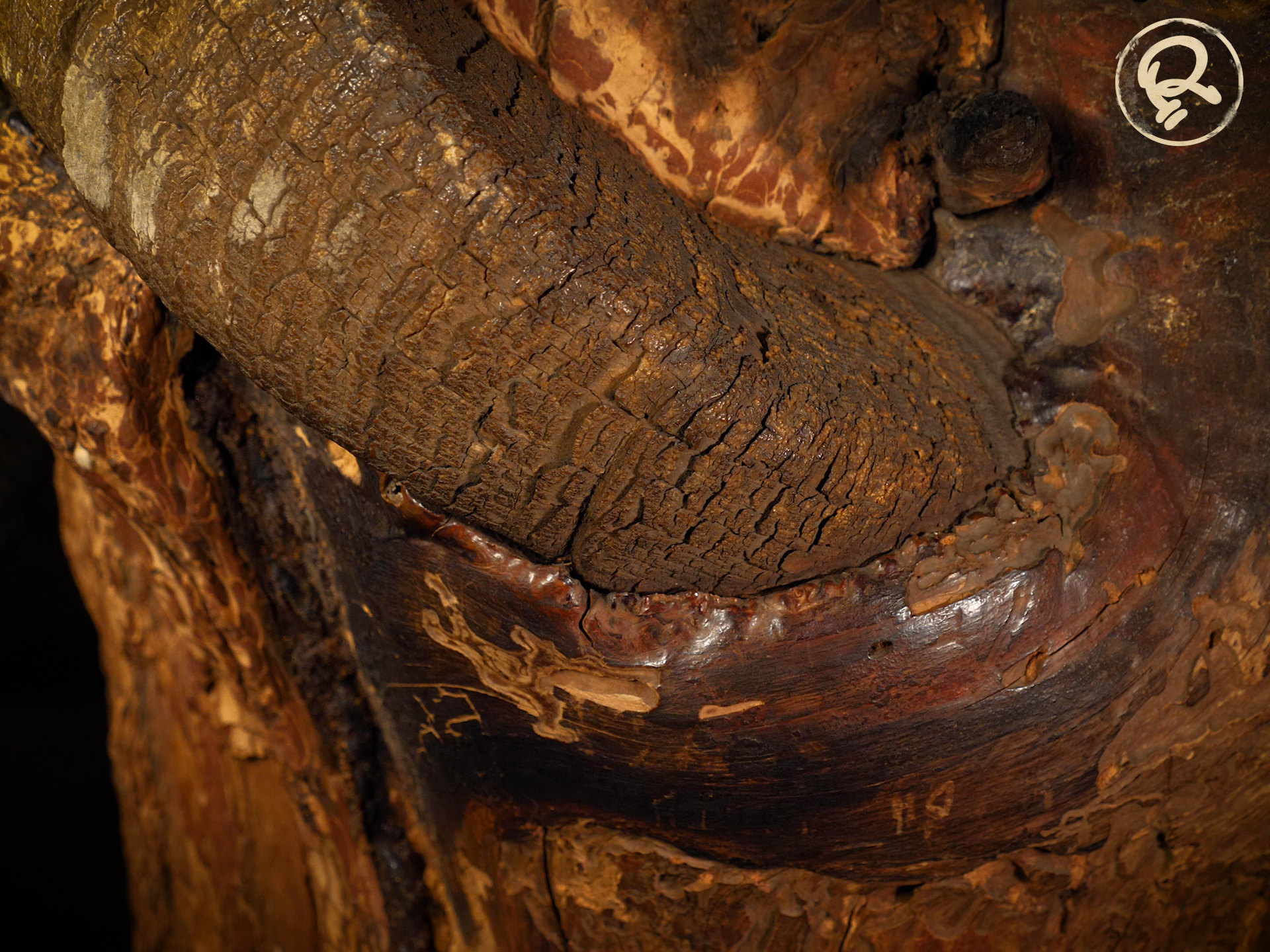