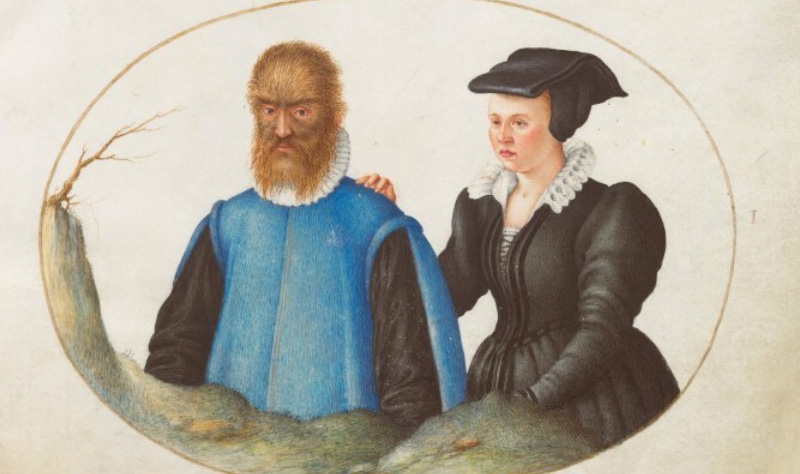 Believe it or not, the beast from a tale as old as time was based on a real story. The beast was indeed covered in hair and regarded by many to be a monster, but just like in the fairy tale, he was eventually able to find love.

Pedro Gonzalez was born in the Canary Islands. Though the origins of his birth remain a mystery, he was eventually taken to King Henri II of France in a cage.

Unsure of what to make of the small and feral looking boy, Henri II decided to try and educate what was a “demi-human” in many people’s eyes. Locked in a barren room, he was given raw meat and animal feed for sustenance.

The furry boy soon became versed in not just the basics of literature, but in the etiquette of nobility.  He quickly became a court asset, attracting ambassadors and foreign dignitaries into his company. He took to wearing lavish robes with high collars to compliment his furry face. No more did he dine on the butcher’s trimmings, but instead the fine dining his royal stewards had to offer.

At 17 years old, he was married to a girl named Catherine, who was reported to have been rather upset with her arranged suitor. Much like Belle, however, she was slowly won over by the charms of the furry nobleman. She eventually bore seven children. Two would exhibit the same hairy visages as their father and become token members of other courts.

Gonzalez was, of course, not a beast. Rather, he suffered from a condition known as hypertrichosis. An exceedingly rare condition, hypertrichosis is marked by rampant hair growth all over the body.

Pedro Gonzalez is thought to be the first recorded case of hypertrichosis. Since his life in the 1500s, only about 50 cases have been observed. Many have made their way to the world stage through sideshows and circuses. 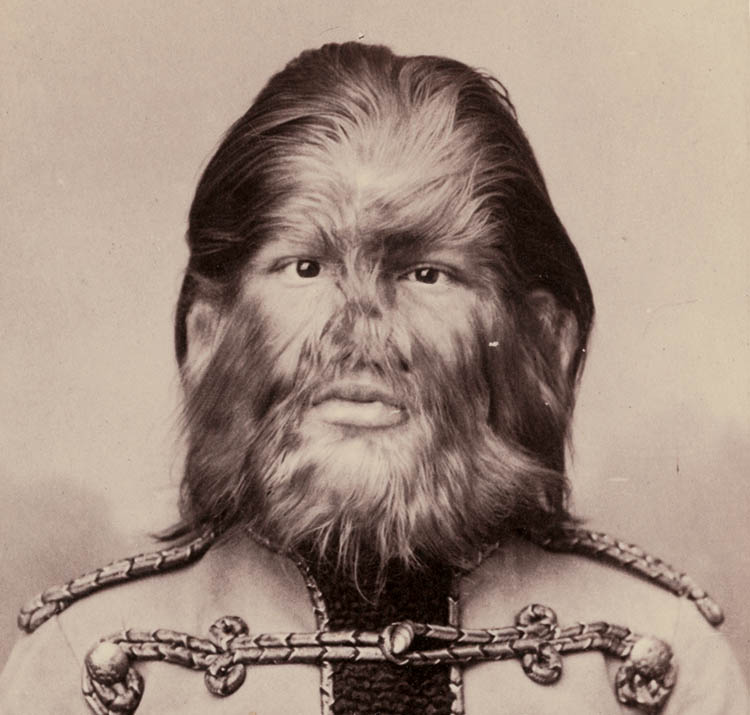 Fedor Jeftichew was exhibited as a “dog boy” by P.T. Barnum.

Alison Teal, known as the female Indiana Jones, recently retraced Pedro Gonzalez’s steps, exploring volcanic caves, underground waterways, and the “beast’s” castle. Though she grew up exploring remote and exotic places as a child, she still managed to catch a few Disney films on transcontinental flights, and—like any young girl—dreamed of being a princess.

Her favorite, of course, was Belle. Now an explorer herself, she set out to the Canary Islands to investigate Pedro’s story. Standing in the land of a thousand volcanoes, she could only imagine what the Pedro must have felt like, captured in a sparsely populated volcanic landscape, then caged and thrust into the colorful court of King Henri II.

“Can you imagine the culture shock, living in a remote part of the world, being loaded on a ship, kept in a cage, and being fed raw meat?”

Making her way from the Canary Islands to France, she located a portrait of Pedro’s daughter, holding a letter about her father’s origins. 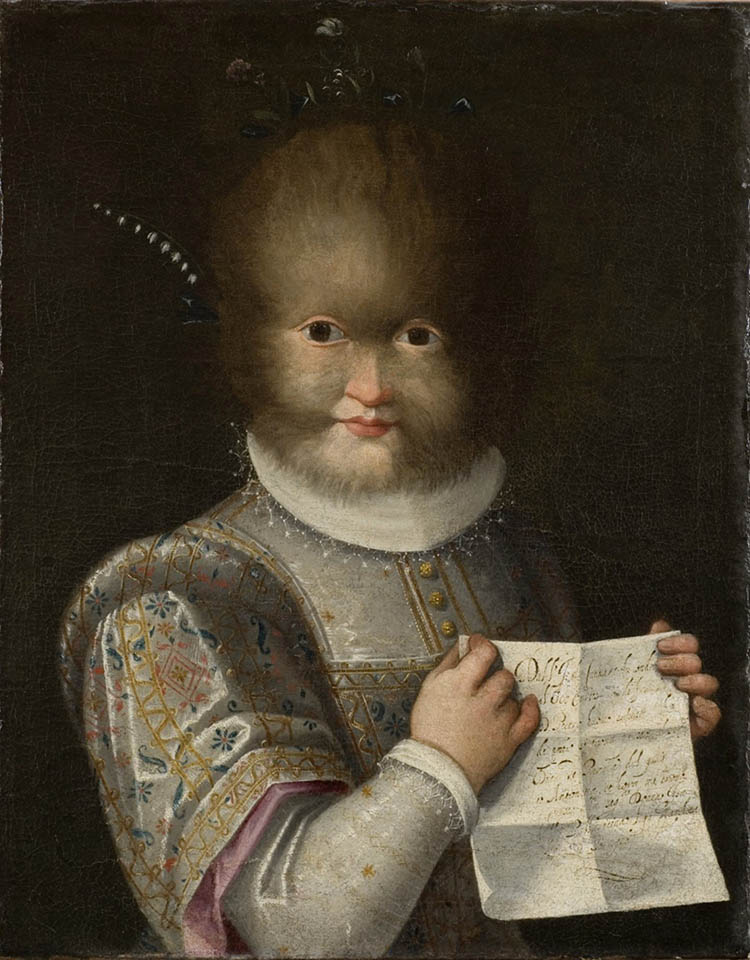 Despite the odds and ridicule he faced, Alison notes that he was eventually given a chance, and seems to have found happiness.

“My jaw dropped when I saw Catherine…According to the historians I talked to, they were painted as people who were very much in love.” 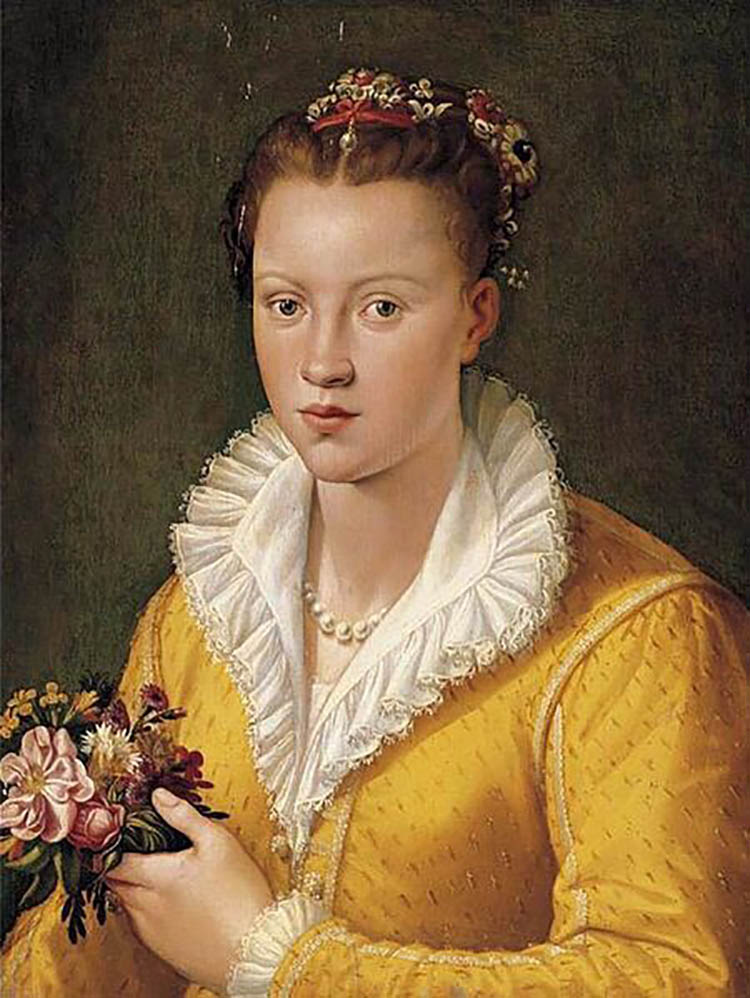 With a fairy-tale ending, this story stands up to the values Alison internalized as a child.

“Legends and myths are what children are raised on. I don’t hunt treasure, but preserve and keep stories alive to shape the youth of today.”

Alison found her beast but isn’t done adventuring. She told us there are plenty more real-life fairy tales waiting to be rediscovered and to keep tabs on her Instagram.